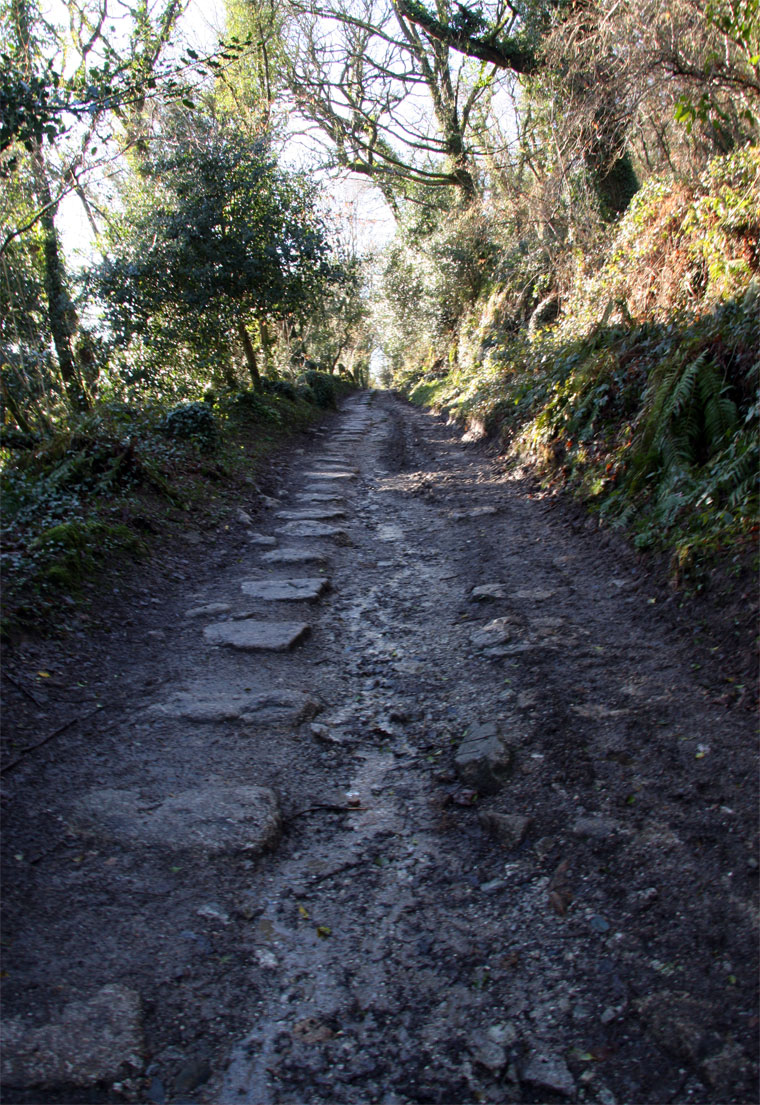 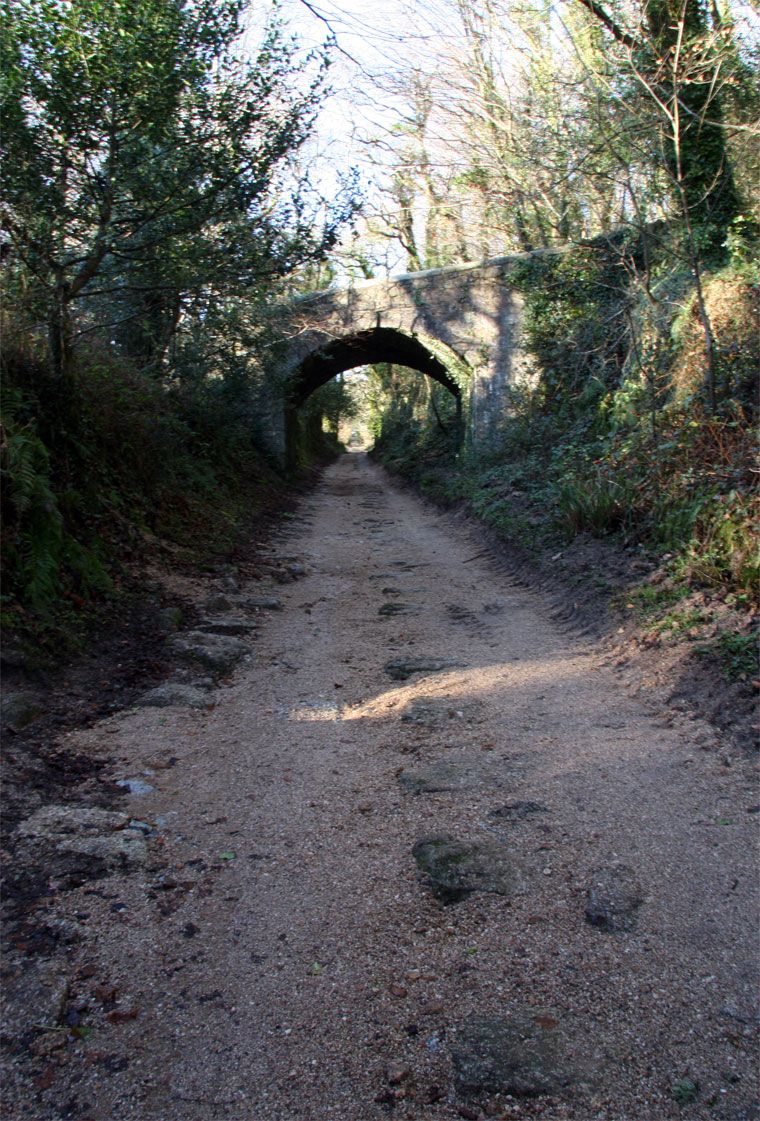 In 1813, Joseph Thomas Treffry inherited the estates of the Treffry family on the death of his mother's brother (he changed his name to Treffry in 1838). He began to develop the assets, particularly the mineral wealth, and saw that the Luxulyan Valley was a convenient route between the south coast and the high ground in central Cornwall. He built a new artificial harbour, completed in 1829, at Par, a canal up the valley to Ponts Mill and an inclined plane railway to the Fowey Consols mine on Penpillick Hill. To bring water power to the mine he built a leat from Luxulyan along the west side of the valley. He also acquired the moribund port of Newquay and land and mines in the area of Goss Moor, and planned to link them by a railway system.

Work began in 1835 on a tramway up the valley, but Treffry and his steward William Pease realised that it was not going to meet their ambitions, so it was abandoned and only a few fragments of the route are visible today.

Instead, they built a much larger-scale tramway, with the inclined plane from the canal basin, past the Carmears Rocks, to the level of the top of the valley, then a level run through Luxulyan and on to its terminus at the Bugle Inn near Mollinis. This required a high-level crossing of the river, for which they built the great viaduct, 650 feet long and 100 feet high, the most advanced engineering project in the western peninsula. It was built of stone from the Carbeans and Colcerrow quarries, and the lines from the quarries to the viaduct were the first parts of the tramway to be operational.

The tramway was completed in 1844.

The Treffry Viaduct carried both rails and a water channel to bring more water for the Fowey Consols, and this is where the quality of the design and construction becomes apparent. The level of a waterway must be precisely correct, or the water will not flow.

On its way down, the water was used to power the Carmears incline, by means of a water wheel, 34(?) feet in diameter. This enabled the tramway to work loads up the incline. Old photo of waterwheel here.

The last improvement Joseph Treffry made was a continuation of the railway alongside the canal to Par Harbour, but this was not completed until after his untimely death in 1850.

Two more granite quarries were at work within the Valley, Rock Mill and Orchard. In 1870 the South Cornwall Granite company opened a railway linking these to Ponts Mill. This is what we now call the Valley Floor Tramway - the Treffry era railways, all horse-worked, were later called tramways to distinguish them from later locomotive-powered lines. The quarries were worked until about 1928; the last stone came from Carbeans in 1933 and the last of Treffry's rails were removed in 1940.

In 1872 a group of London businessmen began a massive rebuild of Treffry's tramways to enable them to exploit the ironstone deposits near Newquay. They constructed a new route through the Valley, which left the old one below Ponts Mill, ascended the west side of the Valley, crossed the Par River twice on the Ponts Mill and Rock Mill Viaducts, passed under the Treffry Viaduct, approached Luxulyan through a tunnel and rejoined the old route at Luxulyan railway station. The new consortium was called the Cornwall Minerals Railway. However, the iron ore traffic did not appear so, in desperation, the company tried running passenger services - equally unsuccessfully.

When the Carmears incline was bypassed in the 1870s, the West of England China Clay Co built a china stone mill to utilise the waterwheel's water supply, and installed a new 40 ft waterwheel to drive it. It ran until 1908, and was partially scrapped in WW2.[1] However, significant parts have survived, including the wheel shaft and hubs, and some gears and shafts from the grinding mills. Vegetation has been cleared, and one of the grinding mill buildings has been made accessible with stairs and railings. There are two ruined buildings close to the wheel pit, and there are numerous granite sleepers, chairs, and some rails along the former tramway.