Grace's Guide is the leading source of historical information on industry and manufacturing in Britain. This web publication contains 137,257 pages of information and 220,096 images on early companies, their products and the people who designed and built them. 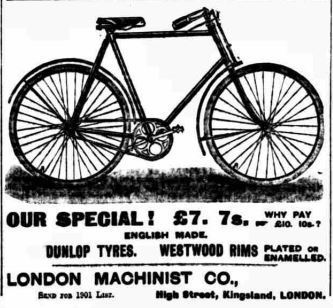 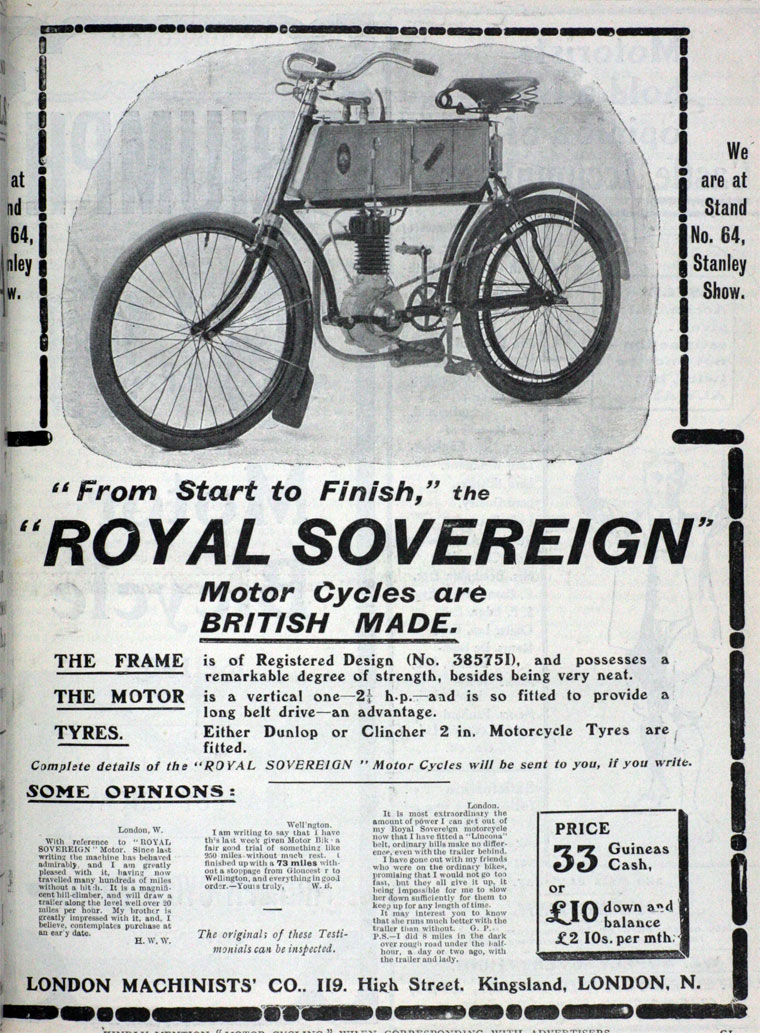 Royal Sovereign were motorcycles produced between 1903 and 1904.

1903 An extended frame was used, fitted with a 2.25hp Minerva engine. The frame had members running either side of the crankcase on the crankshaft line, curved down-tubes and curved seat-tubes. This primitive machine also had rigid forks and belt drive.

1904 A 3 h.p. forecar was available and this was also listed as a tricycle. The make was very short lived. 'London Machinist Company, whose Tri Car is a marvel of cheapness'[2]