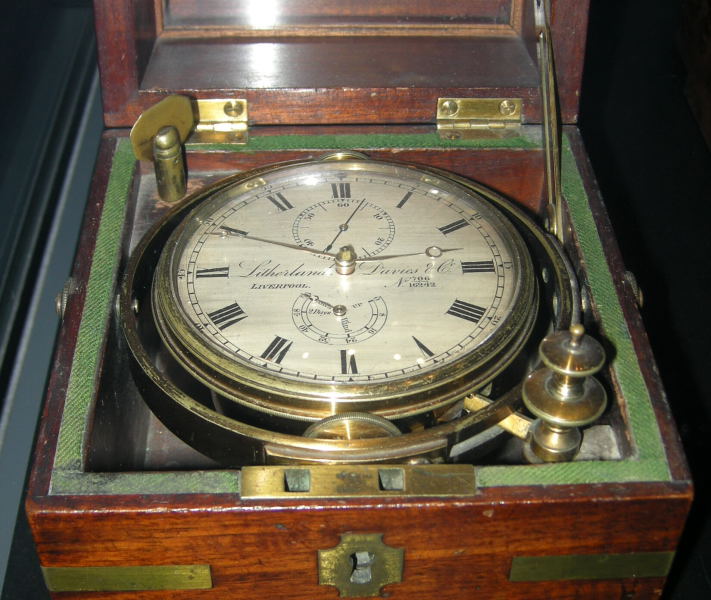 c.1826 Chronometer on display at the World Museum, Liverpool.

1837 Advertised that they had moved to purpose-built premises at 19 Bold Street, corner of Newington, nearly opposite Slater Street. [2]

Litherland, Davies & Co. took over from Litherland, Whiteside and Co. in 1816. Located at Brownlow Hill in 1816, Church St. 1816-34, and Bold St from 1832 – 77. Several members of the Litherland family were engaged in making chronometers and also rack lever watches during the early 19th century. Peter Litherland was one of the best known of these. Litherland & Davies imported clocks from Paris during the 19th century and William Litherland had an establishment in Paris c. 1870.[4]