Grace's Guide is the leading source of historical information on industry and manufacturing in Britain. This web publication contains 148,545 pages of information and 233,965 images on early companies, their products and the people who designed and built them. 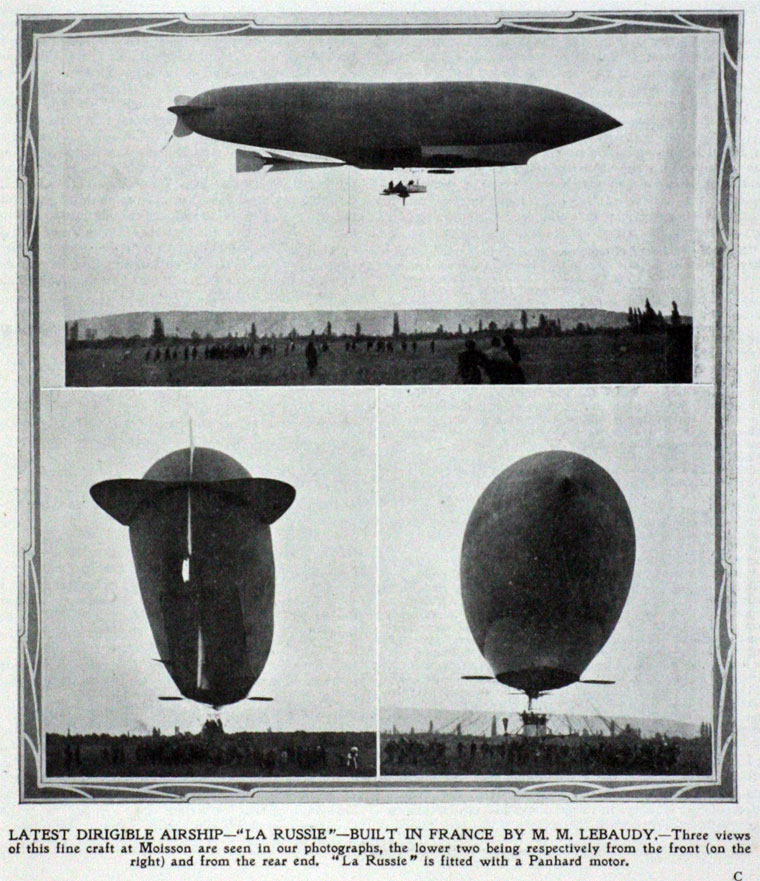 Lebaudy Frères was a French sugar producer based in Moisson, France. In addition to sugar, they also made a series of semi-rigid airships in the early years of the twentieth century, some of which saw service with several European armies.

Paul Lebaudy and Pierre Lebaudy were the owners of a sugar refinery who, with the assistance of their engineer Henri Julliot as designer, built semi-rigid airships which saw service with the French army, the Russian army and the Austrian army.

They constructed an airship hangar at Moisson, near the River Seine downstream from Paris[2] and were instrumental in the development of airships in the first decade of the twentieth century.

Their semi-rigid airships were considered useful for military purposes and several were ordered by the French War Ministry.

The Lebaudy Patrie was a semi-rigid airship built in Moisson, France by sugar manufacturers Lebaudy Frères for the French army. Designed by Henri Julliot, the company's chief engineer, the Patrie was completed in November 1906 and handed over to the military the following month.