Grace's Guide is the leading source of historical information on industry and manufacturing in Britain. This web publication contains 138,127 pages of information and 223,036 images on early companies, their products and the people who designed and built them. 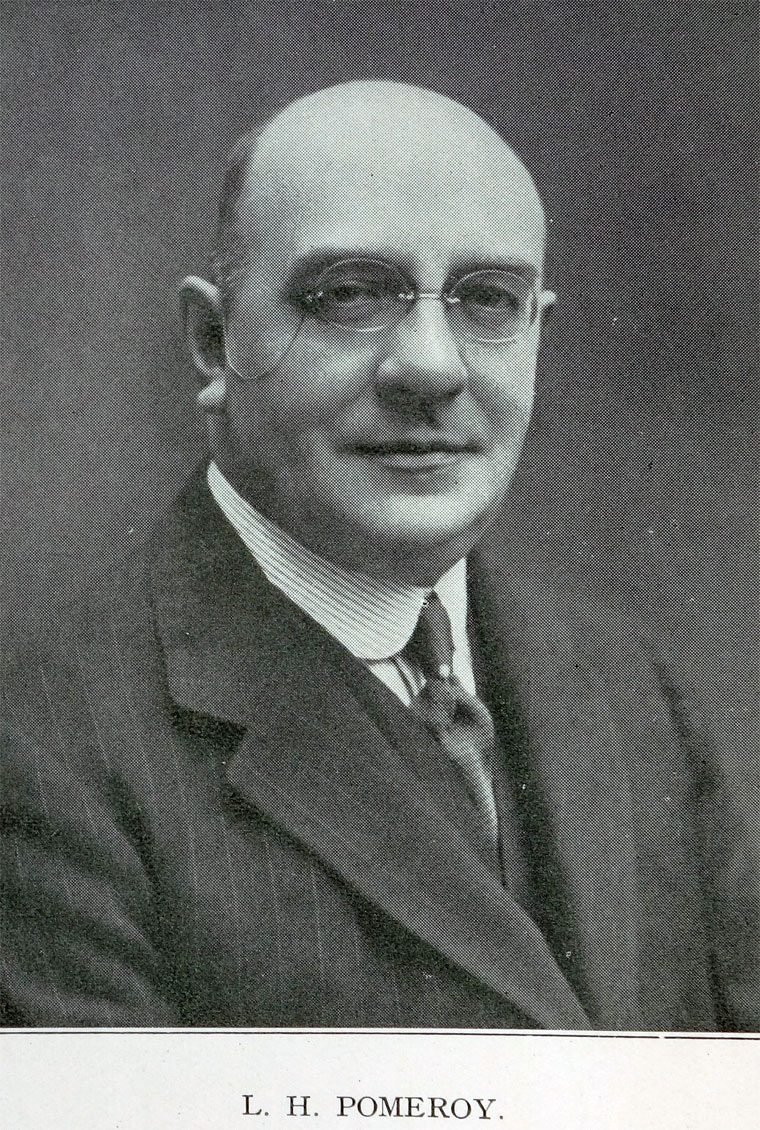 Laurence Pomeroy was born in London and after leaving school served as an apprentice with the North London Railway Company. From there he became a draughtsman with Thornycroft in Basingstoke

The chief engineer of Vauxhall, F. W. Hodges was given an extended winter holiday in 1907-08 and during this time Pomeroy was asked by the joint managing director Percy Crosbie Kidner to redesign one of the existing engines to give more power to allow it to be used in cars competing in the RAC 2000 mile trial of 1908. The cars won several classes and Pomeroy was promoted to the post of Works Manager effectively replacing Hodges.

1910 He had persuaded a modified 20hp Vauxhall to reach 100 mph at Brooklands.

1913 he was elected a full member of the IMechE. He was also a member of the Institution of Automobile Engineers and became their president in 1934-35.

After World War I, in 1919, Pomeroy left Vauxhall and moved to the United States where he joined the Aluminum Co of America working on increasing the amount of aluminium used in motor cars.

1923 What may have been the first "aluminium-intensive vehicle" was designed and built by L.H. Pomeroy. The Pomeroy car weighed only about two-thirds as much as a standard automobile, and proved to be extremely durable.

The company was closed in 1928 and Pomeroy moved to the main Daimler company as chief engineer, becoming Managing Director in 1929.

1936 A difference of opinion with new chairman Geoffrey Burton, who believed that Daimler should concentrate solely on large cars, caused Pomeroy to resign.

1938 he joined the De Havilland Aircraft company as General Manager of their engine division.

Laurence Pomeroy had one son, also called Laurence who became a renowned motoring and technical journalist

LAURENCE HENRY POMEROY, Wh.Ex., was associated with the motor industry for the greater part of his distinguished career. He received his technical education at the East London Technical College, becoming a Whitworth Exhibitioner in 1903, and served his apprenticeship from 1899 to 1904 at the North London Railway works, at Bow, where he received training in locomotive work and hydraulic and general engineering in the fitting, machine, and erecting shops.

After holding short appointments as draughtsman to Messrs. Humphreys and Glasgow, water gas plant engineers, and on the designing staff of Messrs. J. I. Thornycroft, he joined Vauxhall Motors, Ltd., in 1905. He remained with that firm until 1919, and during his fourteen years' association with it he filled the positions of chief draughtsman, works manager, and finally technical director and chief engineer.

After his return in 1926 from New York, where he had been employed for eight years with the Aluminum Company of America, he became chief engineer to the Associated Daimler Company, Ltd., at Walthamstow, where he remained until 1928. In the same year he was appointed general manager of the Daimler Company, Ltd., becoming the managing director of that company in 1929. From 1937 to 1940, he was general manager of the De Havilland Aircraft Company, Ltd., at Edgware, and was holding the position of director of Messrs. H. M. Hobson (Aircraft and Motor Components), Ltd., at the time of his death, which occurred at Stratford-on-Avon, on 27th May 1941, in his fifty-ninth year.

Laurence Henry Pomeroy was born in 1884. He served his apprenticeship with the North London Railway and obtained a Whitworth Scholarship.

He then held positions with Humphrey and Glasgow, Ltd., John I. Thornycroft and Co., Ltd., and Vauxhall Motors, Ltd., of which he subsequently became Technical Director.

After eight years in the U.S.A. he returned to England as Chief Engineer of the Daimler Company, and later became Managing Director.

In 1930 he joined the De Havilland Aircraft Co. as General Manager of the Engine Division, and in 1939 he was appointed Manager of a Midland Branch of H. M. Hobson Components, Ltd.

He became a Member of the Institution in 1910 and was successively Member of Council, Vice-President, and, in 1934, President.

Further details of his career were published in the August-September journal.

Notes
His son was Laurence Evelyn Wood Pomeroy (1908-1966), who was chief engineer of Vauxhall and Daimler at various times. He joined Motor Magazine in 1936 and became the technical editor, leaving in 1958.[7]