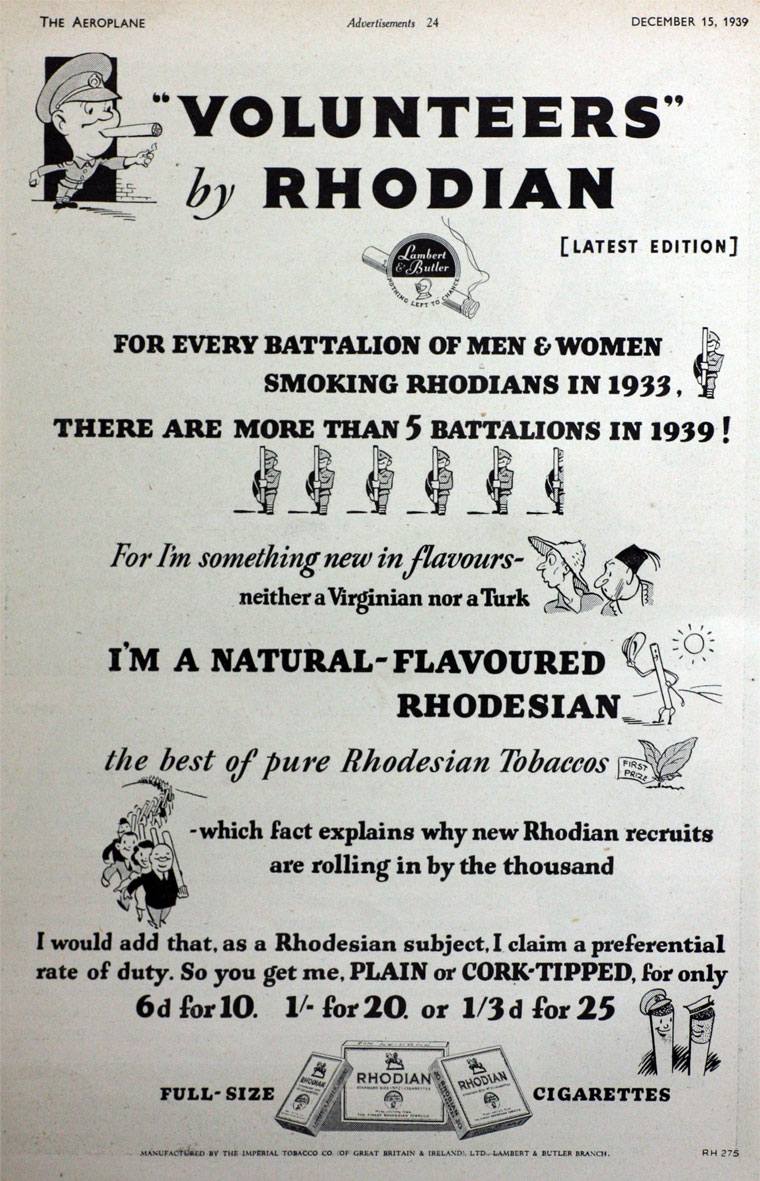 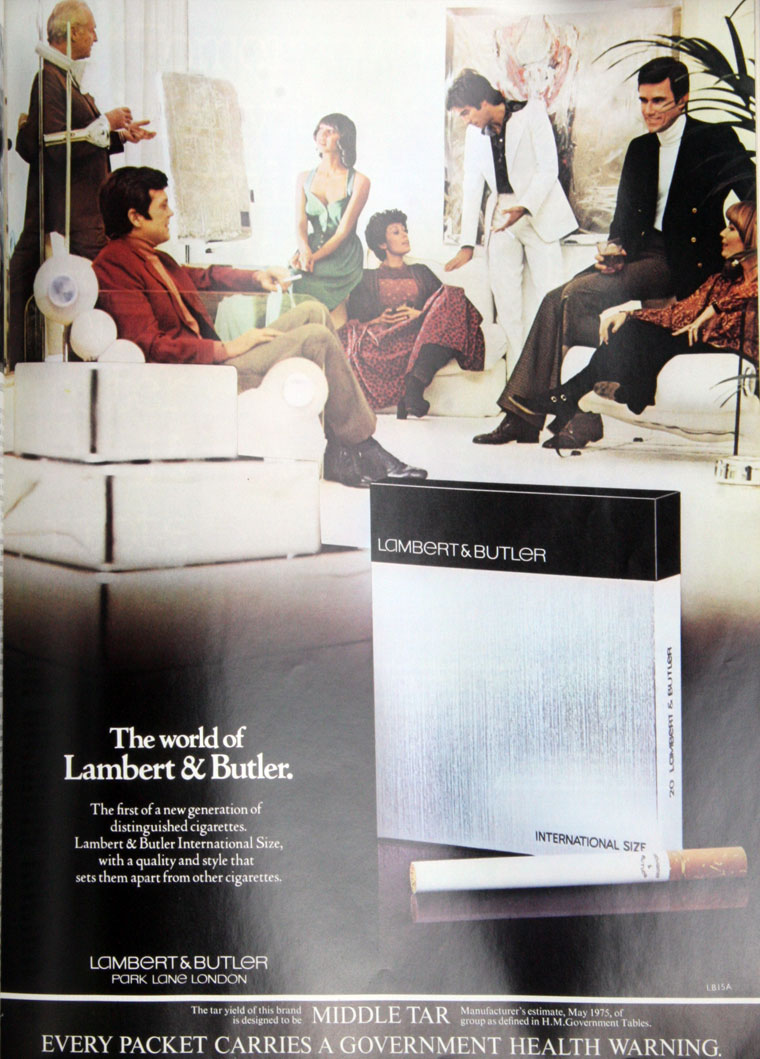 1834 Charles Lambert, the son of a snuff miller from Surrey, set up a cigarette manufacturing business with Charles Butler. The company had its first premises in St. John Street, Clerkenwell, London.

1867-77 Trademarks were registered for the company by Charles Butler Jnr.

1900-2 The company joined with 12 other companies to form the Imperial Tobacco Co during the Tobacco Wars. After the amalgamation, Imperial concentrated on the British market. A new company called British American Tobacco was set up to export all tobacco brands.

1973 After an exchange of trademarks, the Lambert and Butler name is owned in Britain and elsewhere by Imperial Tobacco