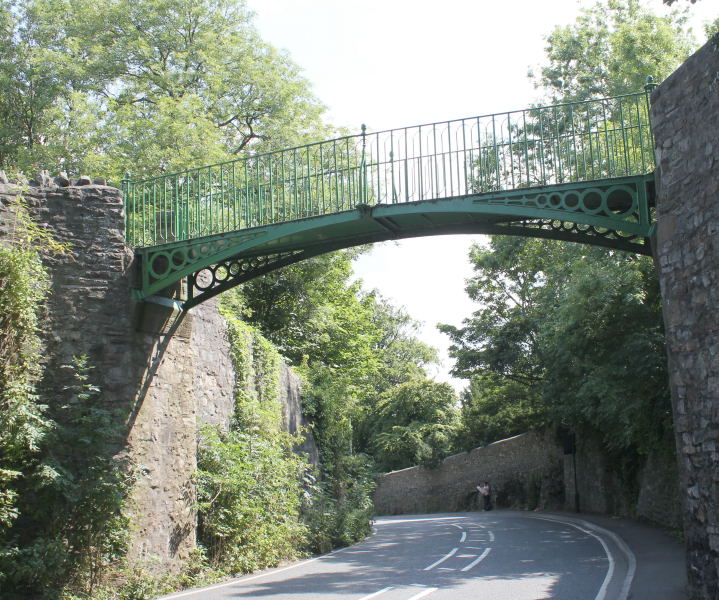 Kings Weston Road is not as quiet and benign as this photo might imply! 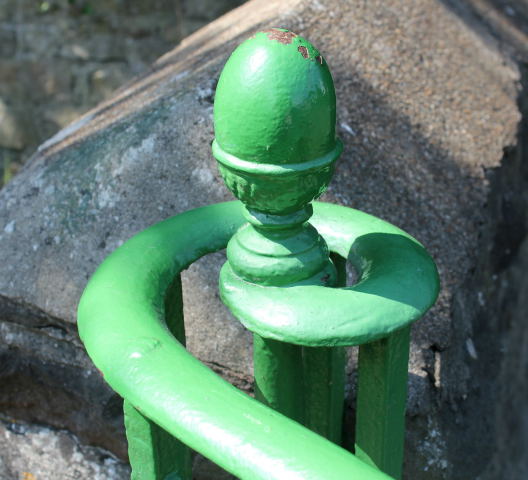 over Kings Weston Road (B4057), at the southern end near its junction with Shirehampton Road (B4054), Bristol

In general appearance it resembles a number of other parkland footbridges from the early 1800s. However, the half arch members were cast in a closed mould, rather than the more common and inferior method of casting in an open mould. This allowed the use of 'I' section arch members, although the flanges are of very modest width.

The slender vertical railings between the more substantial ones appear to be relatively recent additions, being welded to the original railings.