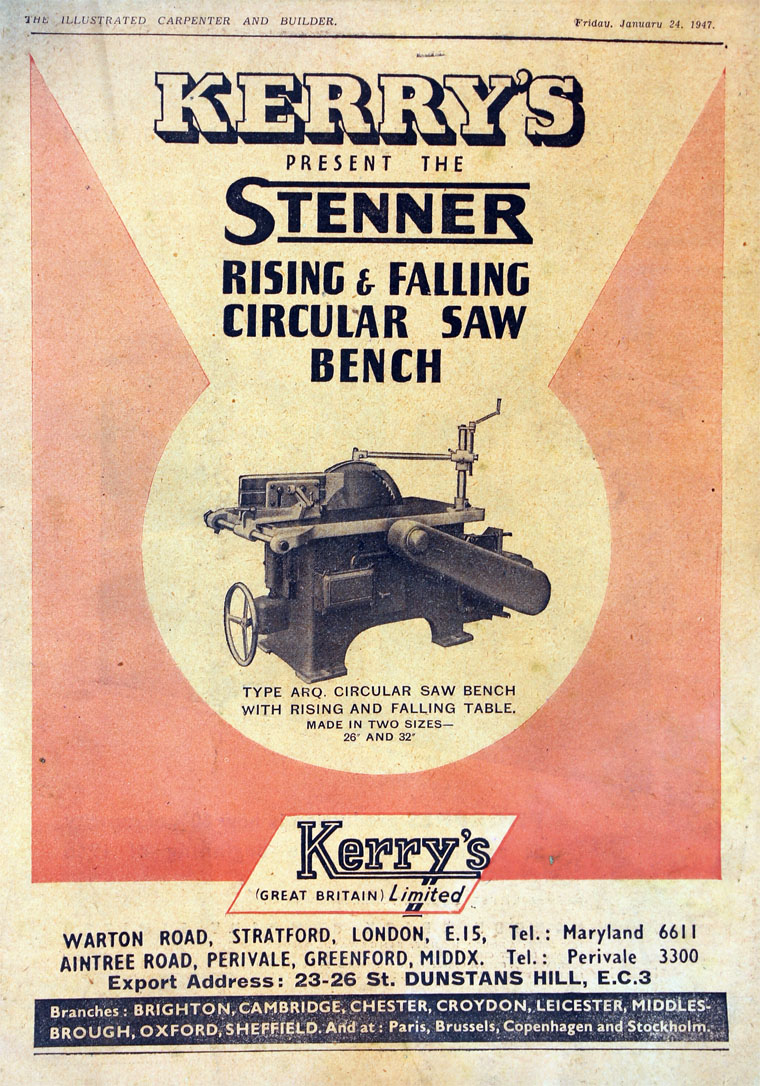 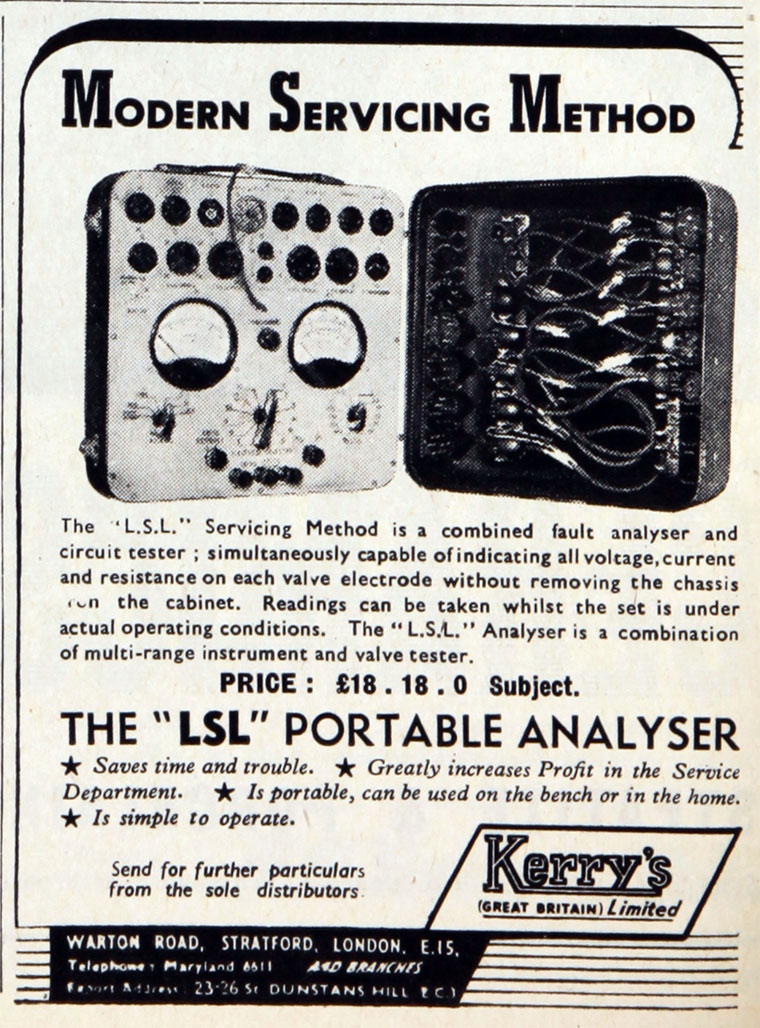 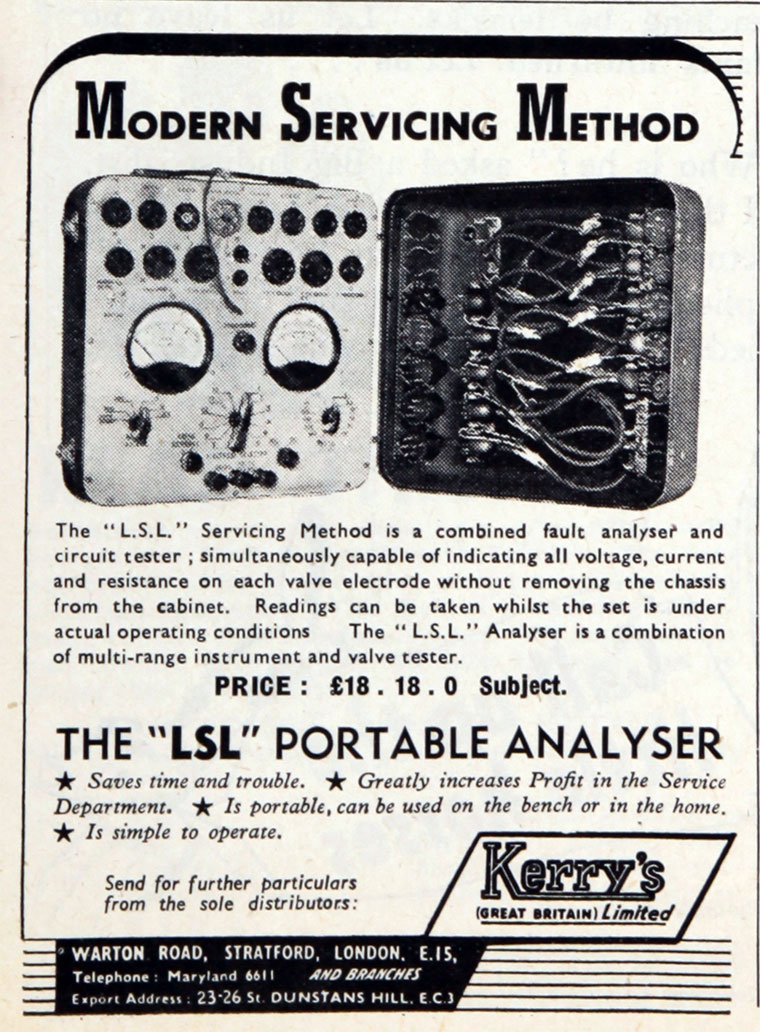 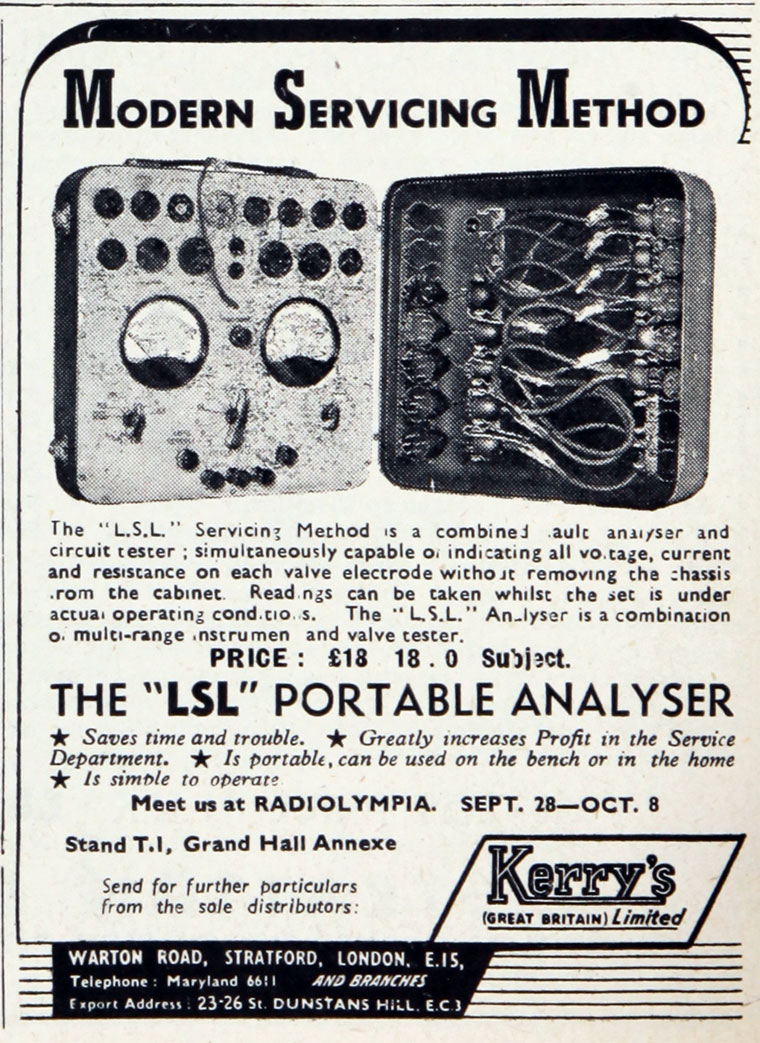 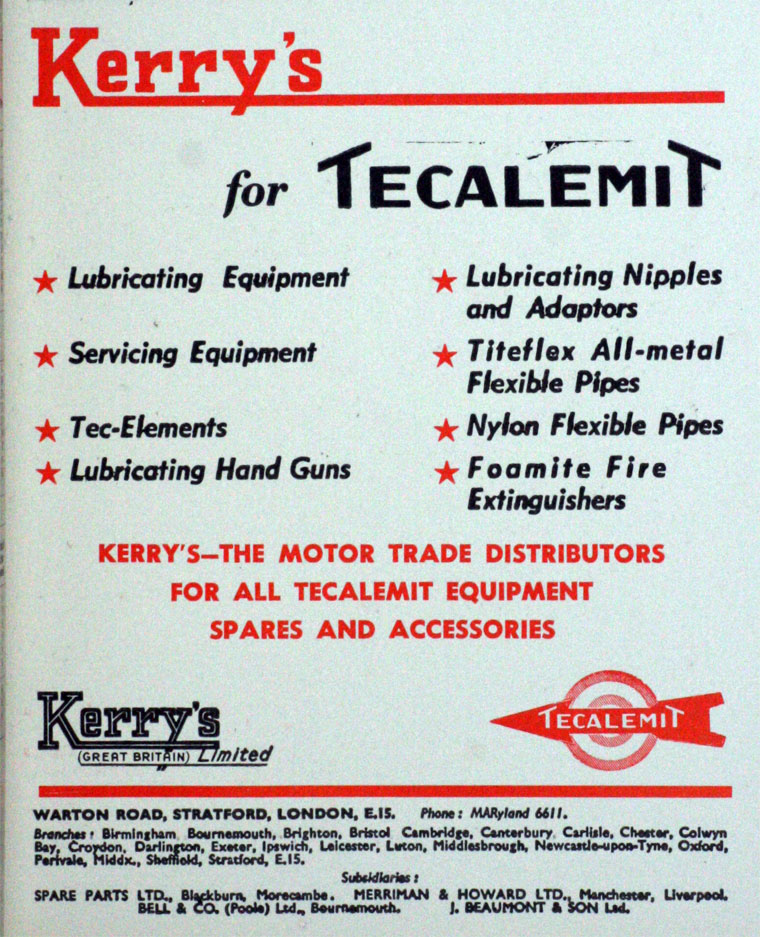 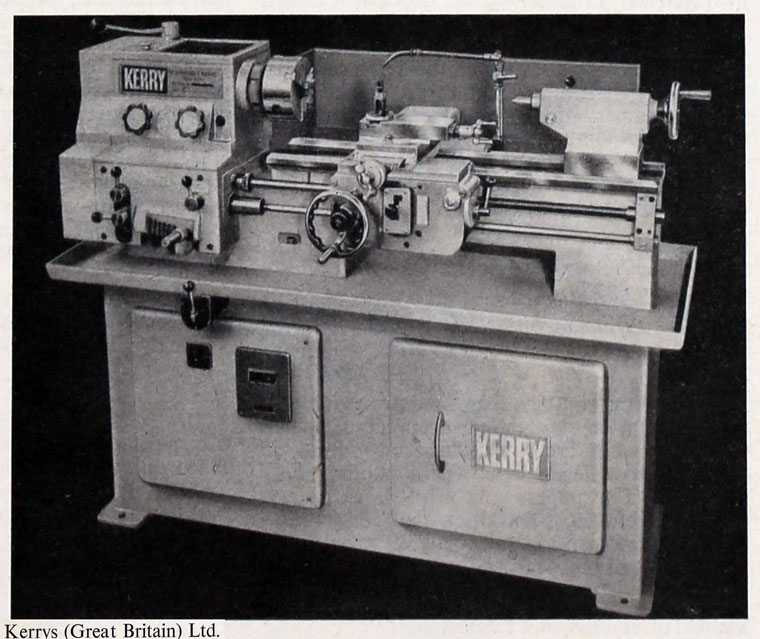 Distributors of goods in various sectors and manufacturers of machine tools, cycles, etc

1945 The Kerry-Wickham Cranes had been a great success, reflecting the strategy of selling goods made in their own factories or made for them by others and branded with the Kerry name[4]

By 1953 were making machine tools, such as lathes and pillar drills.

1960 Kerry's (Ultrasonics) were finding increased demand for their products.

1962 The diversification between distribution and manufacturing continued to produce balanced results; J. Beaumont and Son was part of the Distribution group; increased demand for Kerry Cycles; the moped had sold well initially[13]

1964 Profits at Kerry's Engineering Co and Kerry's (Ultrasonics) were both affected by the move to Basildon. Heavy machine tools again made a loss; sales of Kerry's Cycles and mopeds had improved; [16]

1964 Formed Kerry-Repco, a JV with Repco, an Australian company, to make and market in Europe the Repco wheel balancing equipment[17]

1969 The Kerry Machine Tools business was sold to Rogers and Jackson, part of the Owen Engineering Group[21]