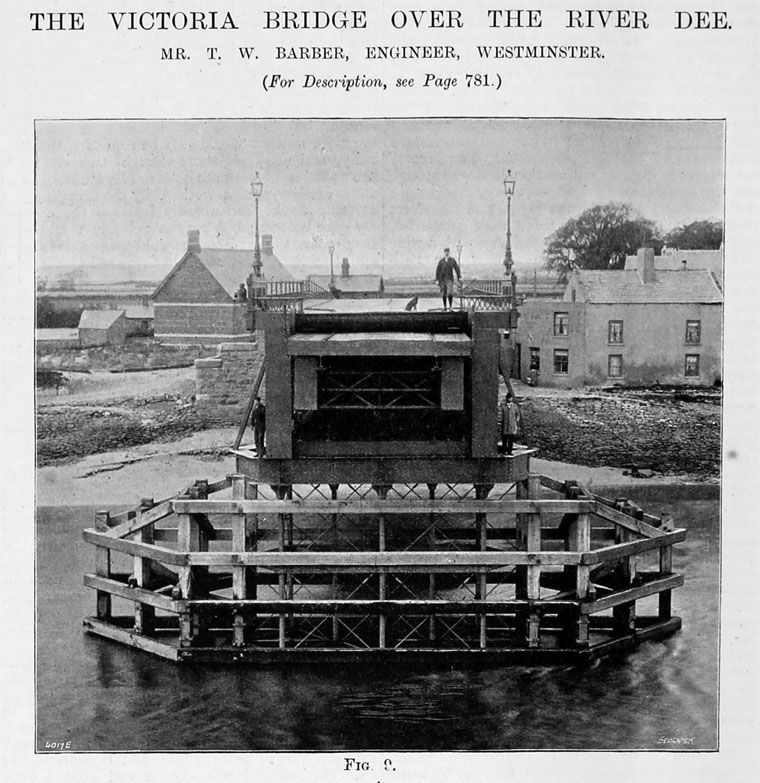 April 1897 bridge completed and the public allowed free passage across.

The bridge was officially opened on 2nd June 1897 by William Gladstone.

"The whole of the steel and iron work of the bridge has been carried out by the Teesside Bridge and Engineering Company of Middlesbrough and the stonework approaches, &c., by J. Schofield and Sons, of Leeds. The total cost was 14,000l., which sum has been contributed partly by the Flint County Council, who undertake the management and working of the bridge, and partly by subscriptions from the Cheshire County Council and the Hawarden estate trustees."[1]

By the 1960s shipping had ceased on the River Dee. The bridge's lifting mechanism was removed and the roadway fixed permanently in place.