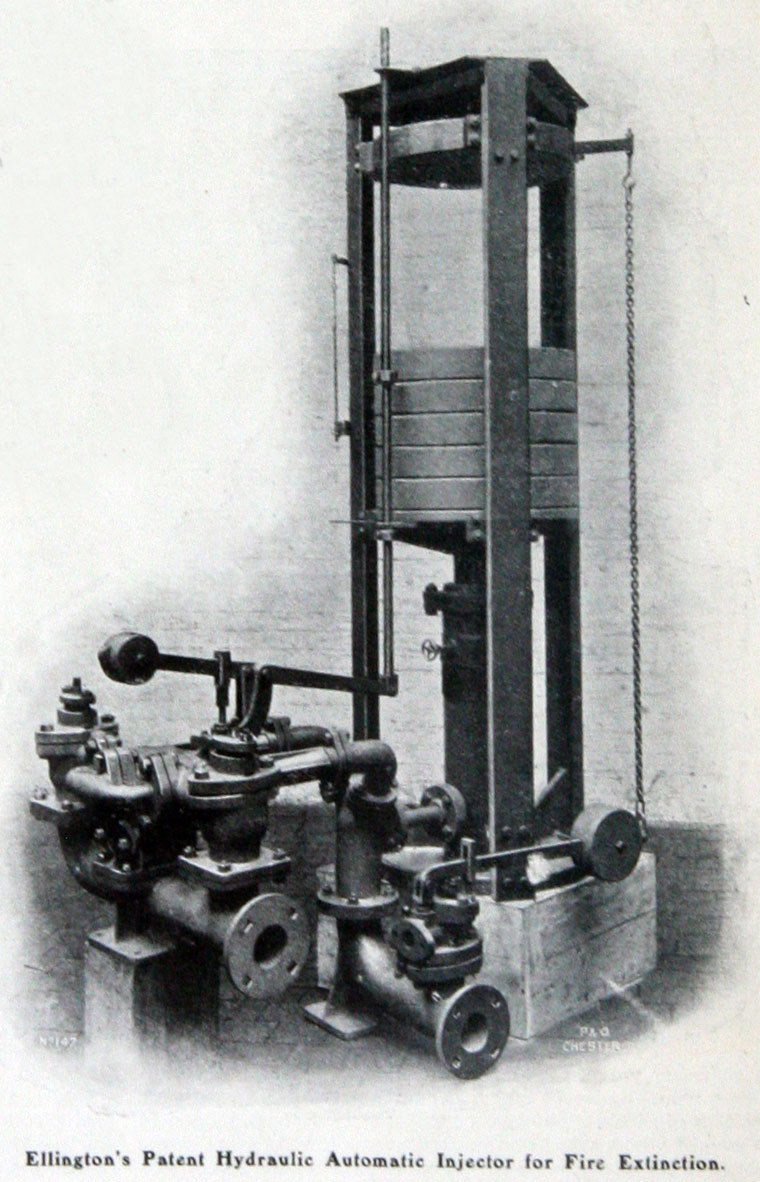 1874 Holmes & Payton's stone dressing machine (planing machine) exhibited at the 1874 Vienna Exhibition. This was originally designed by Joseph E Holmes, the detail design being done by Mr Ellington of the company [1]. See illustration

1875 They acquired the right to manufacture the Brotherhood three cylinder hydraulic engine. The company was converted to a limited company named the Hydraulic Engineering Co.

1876 Have a pair of small engines running for the hydraulic hoists at Nettlefolds. J&E were by then known as the Hydraulic Engineering Co [2]