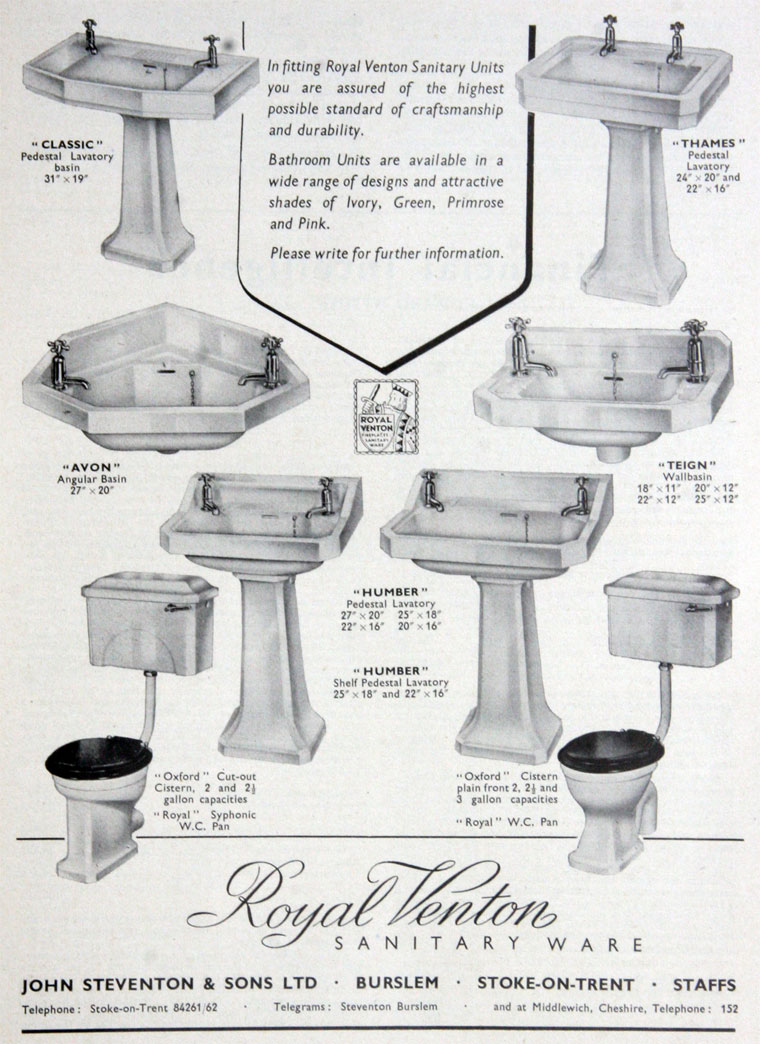 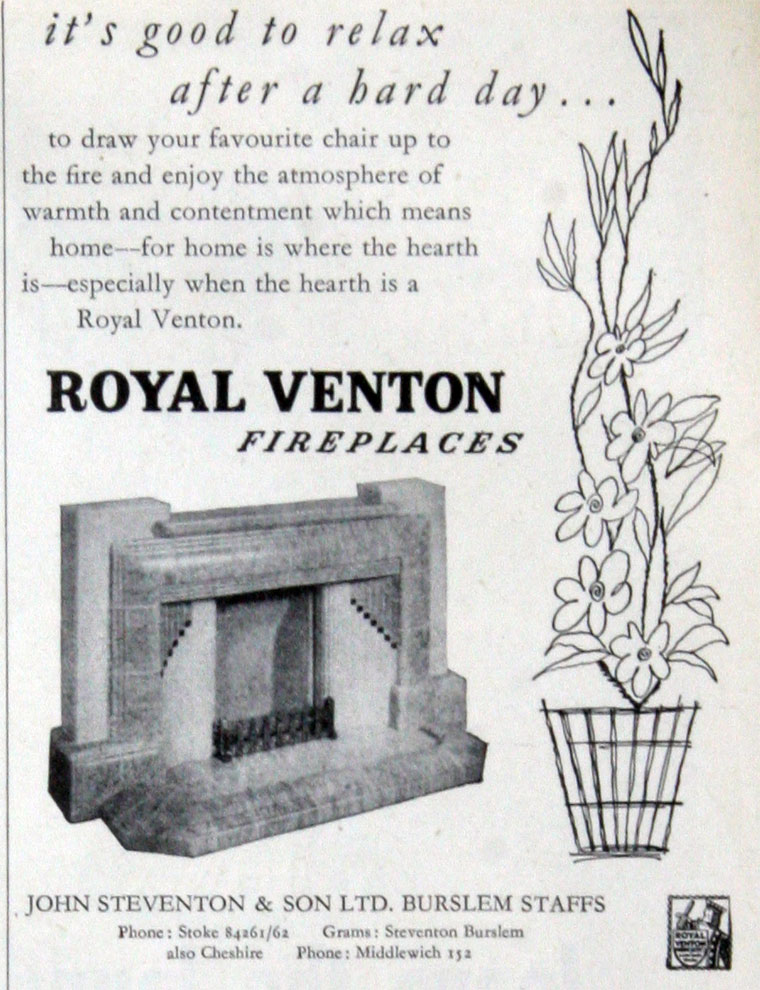 John Steventon arrived in the Potteries from Oakengates, Shropshire, and had been employed by Shelton Iron and Steel

1896/7 It is known that a partnership was formed at about this time with William J. Brown, W. Lees and John Steventon, with a limited capital of £300. To date no examples of this ware are known but it is believed that at the time the sales were mainly to markets.

In 1898 he was described as a Licensed Auctioneer on another birth certificate.

In the 1901 Census he is listed as an Earthenware Manufacturer.

1923 - onwards: from 1936 the firm mainly concentrated on the production of tiles and sanitary wares. Formerly Brown and Steventon. In 1923, when W. Brown left the company it became solely John Steventon and Sons and continued with the manufacture of earthenware until about 1937. Some books though have stated an earlier date of 1934. It is understood that the name of 'Royal Venton' came about following a purchase by a member of the Royalty at an Ideal Home's exhibition.