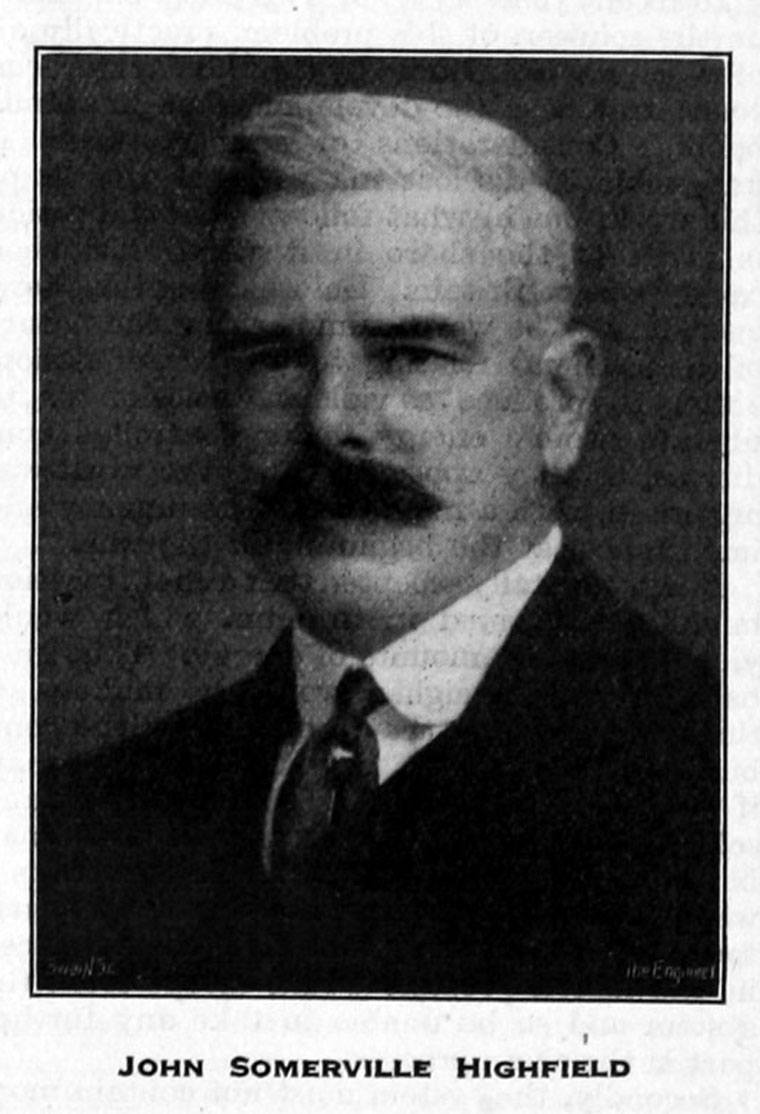 1925-1926 - President of the Junior Institution of Engineers

John Somerville Highfield was the senior partner of Highfield and Roger Smith, consulting engineers of London and Birmingham. He gained a position with the Electrical Storage Company Ltd., and later with the Electricity Department of Manchester Corporation. On leaving Manchester eventually to become Chief Engineer to the Stafford Corporation Electricity Supply Department. It was during this time he devised the automatic reversible booster for controlling the input and output of storage batteries. During his time as Chief Engineer and manager of the Metropolitan Electricity Supply Co., he introduced the Thury system of the high-voltage D.C distribution in a large area of West London.

During the First World War he took part in experiments connected with underwater signalling and demonstrated at sea the use of shrouded hydrophones for submarine detection.

At the time of his death, Mr. Highfield was chairman of the Fullers' Earth Union Ltd. and a director of the London Power Co Ltd., London Associated Electricity Undertakings Ltd. and the Central London Electricity Ltd.