Difference between revisions of "John Marshall" 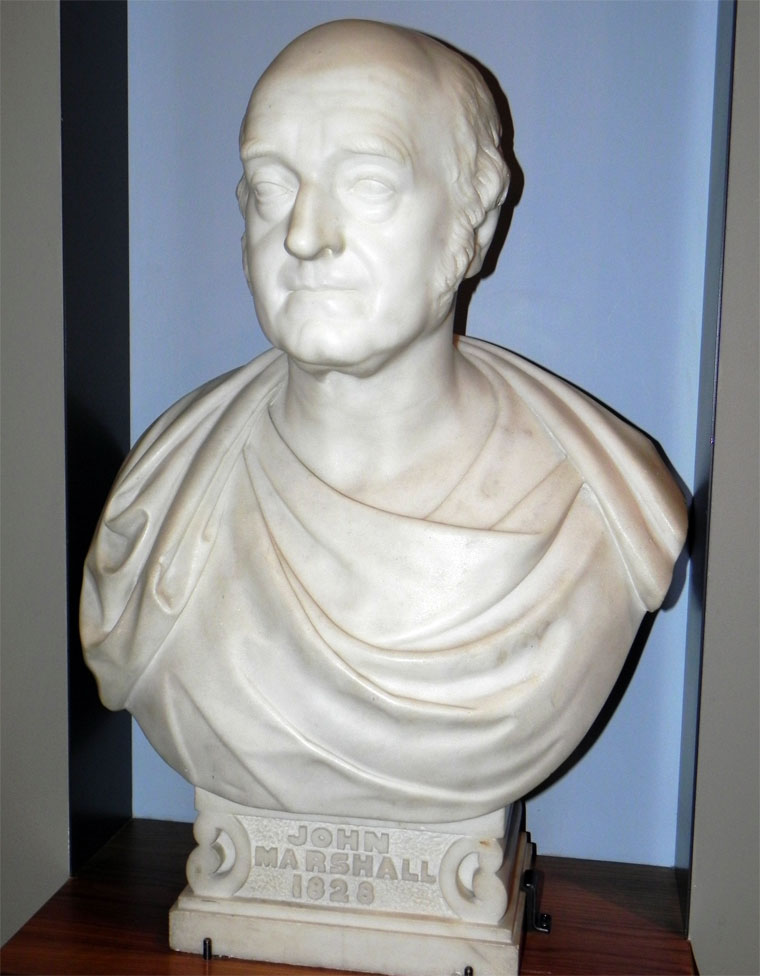 1782 Marshall joined the family business when he was seventeen.

1787 Five years later his father died and Marshall became the controlling partner in the company. He inherited a new house, a warehouse, and £7,500. Shortly before his father's death, Marshall heard that two men from Darlington, John Kendrew, a glass-grinder, and Thomas Porthouse, a watchmaker, had registered a patent for a new flax spinning machine. Marshall visited the men and purchased the right to make copies of their invention. He spent much of the next decade trying to improve the performance of the machines but found little success until he recruited engineer Matthew Murray.

In 1790, he bought the freehold of an acre of land on Water Lane in Holbeck near Leeds. This was an ideal location for a mill because of its proximity to the Leeds and Liverpool Canal and the Aire and Calder Navigation.

The short-lived partnership with Samuel Fenton and Ralph Dearlove ended; they were subsequently replaced by Thomas Benyon and Benjamin Benyon, Shrewsbury woollen merchants.

c1795 John Marshall married Jane Pollard, daughter of a William Pollard, a Halifax wool-stapler and linen-merchant. Her three spinster sisters (Ann, Catharine and Eleanor) moved to a house named Old Church, near Hallsteads, by 1829. Jane had met Dorothy Wordsworth while Dorothy was at school in Halifax, and there are references to visits to Hallsteads and Old Church in Dorothy and William Wordsworth's correspondence.

1795 With Murray, Fenton and Wood established the Round Foundry in Leeds

By 1795, the Benyons had a controlling interest in the partnership with Marshall; they built Ditherington Flax Mill at Shrewsbury for making thread.

In 1796, he was a partner (with Thomas Benyon, Benjamin Benyon, and Charles Bage) in building a flax mill at Ditherington near Shrewsbury, which was the first iron-framed building in the world.

By 1804 Marshall had grown dissatisfied with his minority holding; he bought the out the Benyons. He appointed two men from the works as junior partners, John Hives and William Hutton, who were later joined by a third, Moses Atkinson.

1815 Built his country seat Hallsteads, near Watermillock on the shore of Ullswater in the Lake District.

In 1826, he began a campaign to establish Leeds University. Marshall also gave money to the Leeds Library.

In 1827, Marshall became a Member of Parliament in the House of Commons.

In 1830, he resigned his seat due to ill health and retired to Hallstead, his country home

1841 Living at Upper Grosvenor street, London (age 75), Flax spinner. With wife Jane (age 70) and children Cordelia (age 35) and Susan Harriet (age 25). Living next door are William and Mary Wordsworth, both in their seventies. [1]

1845 June 6th. Death at Hallstead, Penrith age 79. His first manufactory was at Scotland Mill, three or four miles from Leeds, and later at he built the large mills at Water Lane and at Shrewsbury. He had five sons and six daughters and homes at Hallstead, London and Headingley. [2]

Marshall's estate, after his death at Hallsteads in 1845, was assessed variously as between £1.5 million and £2.5 million. He was buried in the church adjoining Hallsteads.

Marshall and Jane had eleven children. Their eldest son William was MP for Beverley, Carlisle and East Cumberland. Their second son John was MP for Leeds 1832–1835, and third son James Garth held the same seat 1847–1852. The fourth son, Henry Cowper, was Mayor of Leeds 1842–1843. Their daughter Julia Anne (1809–1841) married Rev. Henry Venn Elliott in 1833 and wrote the words for several hymns in her husband's publication Psalms and Hymns for Public, Private and Social Worship (1835): she was not acknowledged until the third printing (1839) when her initials were added in the index.