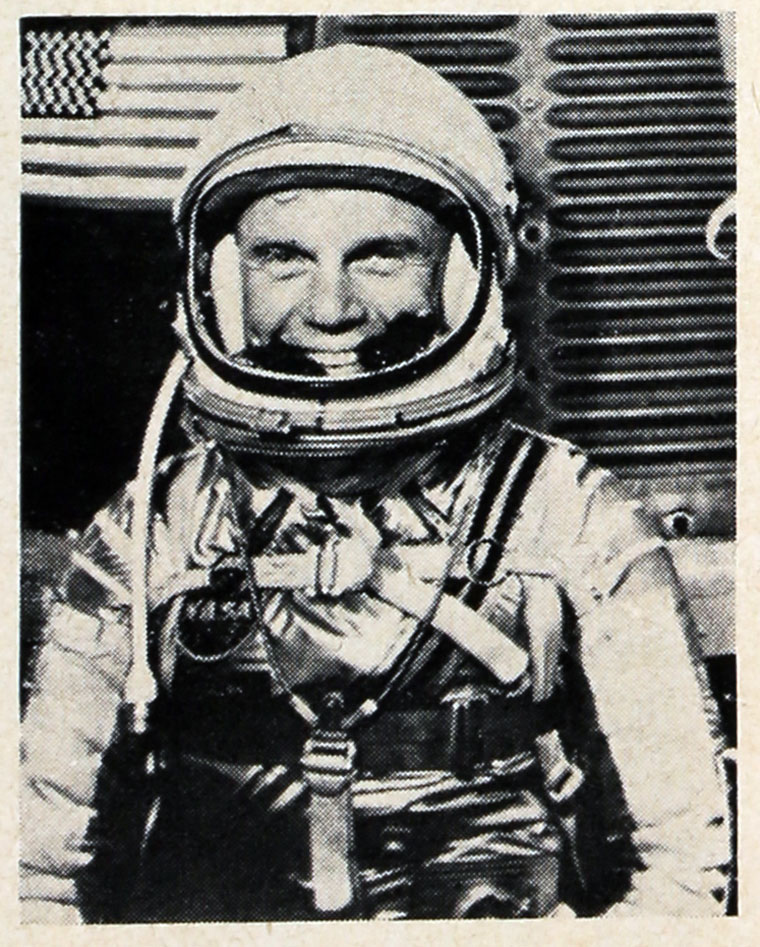 On February 20, 1962, Glenn flew the Friendship 7 mission and became the first American to orbit the Earth and the fifth person in space, after cosmonauts Yuri Gagarin and Gherman Titov and the sub-orbital flights of Mercury astronauts Alan Shepard and Gus Grissom. [1]