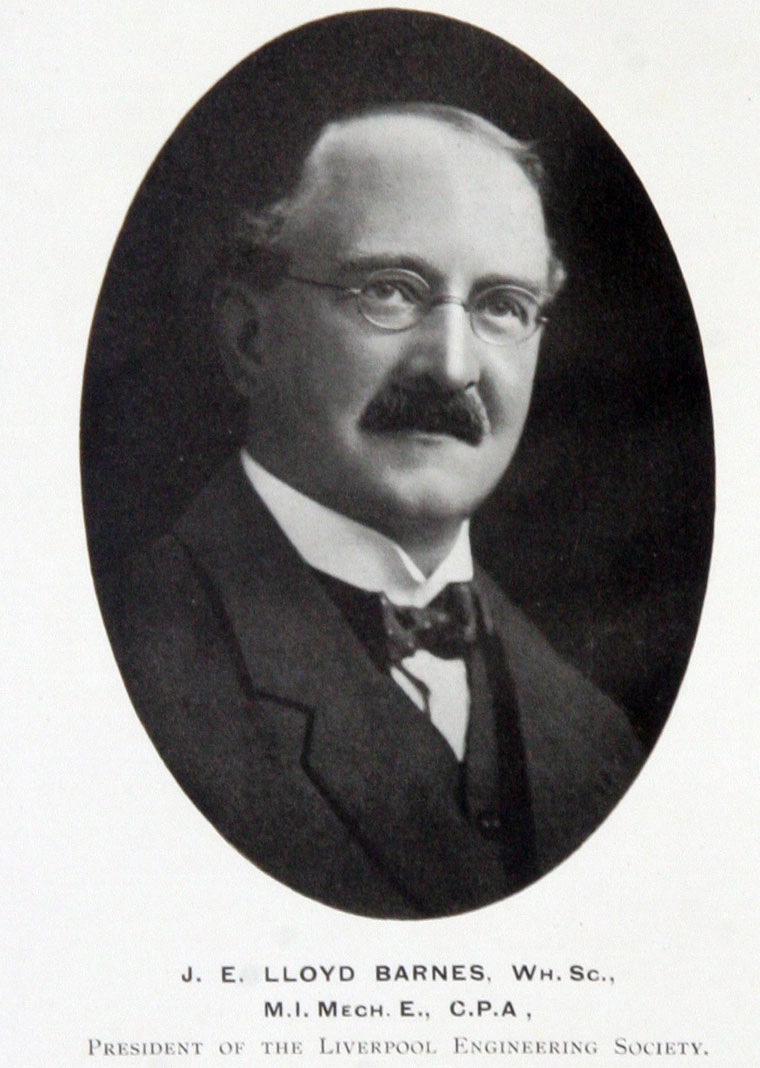 1883 December 27th. Married at Aigburth to Annie Avis Astbury. JELB is described as an Engineer of Wordsworth Street

JOHN EDWARD LLOYD BARNES, Wh.Sc., whose death occurred on 15th January 1942, was a Member of the Institution for more than half a century, having been elected in 1891 and for fully as long had practiced as a consulting engineer and chartered patent agent in partnership with Mr. R. A. Sloan in Liverpool, where he was from his early years prominent as a pioneer in the field of technical education. He was born in 1863 and received his technical education at the Liverpool School of Science, obtaining a Whitworth Scholarship and Royal Exhibition in 1883, and served his apprenticeship with the Victory Engineering Company of Edge Hill, in whose employment he continued as draughtsman in sole charge of the drawing office for a further three years.

In 1884 he began his long association with technical education by accepting an appointment as lecturer on engineering at the Birkenhead School of Science and Art and in the following year he became lecturer on electrical engineering at the Liverpool School of Science and Technology; these classes were the first of their kind to be held in the provinces and he brought them by his efforts to a high pitch of efficiency.