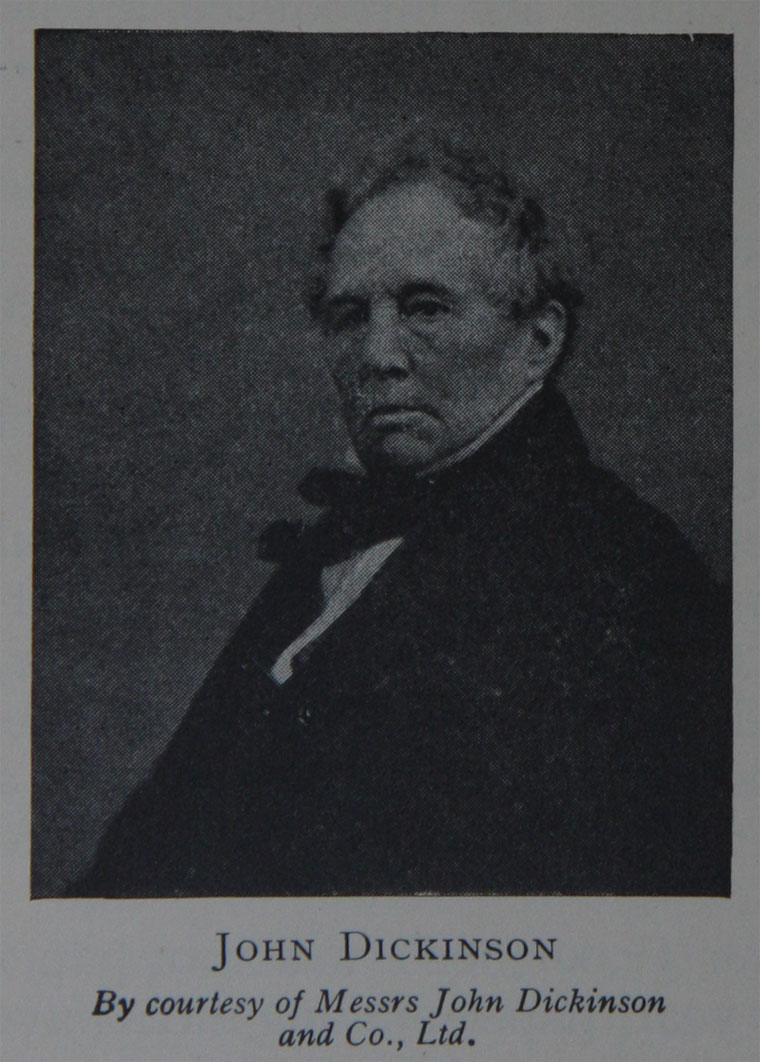 John Dickinson (1782-1869) of John Dickinson and Co. Inventor, engineer, architect, builder, manager and financier, John Dickinson spent more than 60 years in the paper trade, and laid the foundations for a company that reflected his ingenuity and hunger for expansion for many years to come.

1797 Dickinson was almost 15 when he was apprenticed to stationers Thomas Harrison of Leadenhall Street, London.

1803 At the age of 21, he was already experimenting with improvements over the prevailing paper making process, the Fourdrinier patent.

1804 Set up as a stationer in the City of London at Walbrook.

1809 He developed a patent process for machine-made paper utilising an "endless web" which was an ingenious perforated cylinder of metal with a finely woven wire covering. This revolved in a vat filled with pulp and produced a continuous sheet of paper of superior surface and appearance. From this time right up to 1855 he took out dozens of patents, and many of the pioneering discoveries of papermaking were his.

1840 John Dickinson of Nash Mill, Paper Maker, became a member of the Institution of Civil Engineers.[2]