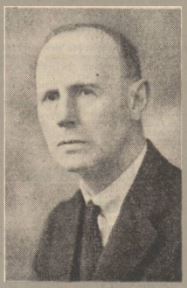 Born in Newport, Fife., the son of John Campbell Low

Mr John Campbell Low, of Craigard, East Newport, former head of the well-known Dundee jute and flax manufacturing group, Low & Bonar, Ltd., died yesterday in a Dundee nursing home. He was 71, and had been in ill health for some time.

Born in Newport, Mr Low was educated at Dundee High School, where he was champion swimmer, and later in France and Belgium. He started his business career in the firm of David Air and Co. in 1901. In 1903 he entered the service of the newly-formed partnership of Low and Bonar, and became a partner in 1908.

When a limited liability company was formed in 1912, Mr Low became one of the original directors. At that time he concerned himself closely with the company's trade in Scandinavia. During the 1914-18 he joined the R.G.A. and served in France.

On the death of Mr George Bonar in 1938 he became vice-chairman. He succeeded to the chair when his father, Mr John C. Low, died in 1943 During these terms of office identified himself with the investment and financial sides of the business. He retired in 1949.

Mr Low served as a director of Dundee Chamber of Commerce from 1941 to 1943, and was a director of Dundee Royal Infirmary before it was taken over by the Hospital Board. Apart from business, Mr Low had wide and varied interests. His keen appreciation of art led to valuable collection of paintings and etchings, and he had deep love of music. Ward Chapel, Dundee, had his devoted service for many years as a deacon, and his sympathy for those less fortunate than himself was expressed in his work for and benefactions to charitable institutions in the locality, particularly Grey Settlement and Dundee Orphanage. A monument to his generosity is St Serf’s Old People’s Home, Newport, formerly his father’s home. Golf was his chief outdoor recreation and he enjoyed his rounds at Scotscraig, of which he a long-serving member.

All his life Mr Low was fond of travel. Business affairs took him many times to the Continent, and in his leisure he travelled much farther afield. The Far East was perhaps the only part of the world to which he never voyaged. Mr Low was a life member of the National Trust for Scotland. Before the first war he was a member of Dundee Sociables’ Athletic Club, now defunct, which included rugby and cricket enthusiasts who on occasion played soccer. He w’as a regular traveller by the Fifie."

He is survived by his wife, two sons and three daughters. Mr Ian C. Low, the elder son, recently followed in his father’s footsteps when he was appointed vice-chairman of Low & Bonar Ltd. Angus C. Low, who took his B.A. at Cambridge, is on the staff of the National Physical Laboratory in West Kilbride The eldest daughter, Mrs Leonard Liscomb, lives in Melbourne, and the others are Mrs Christopher Davis, Kent, and Mrs John Smith Dundee.