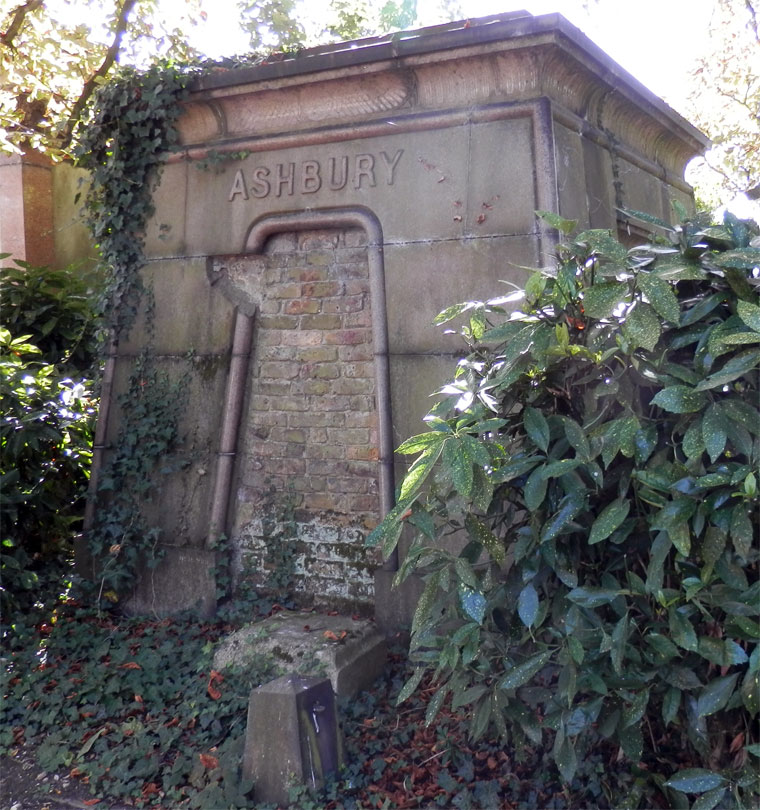 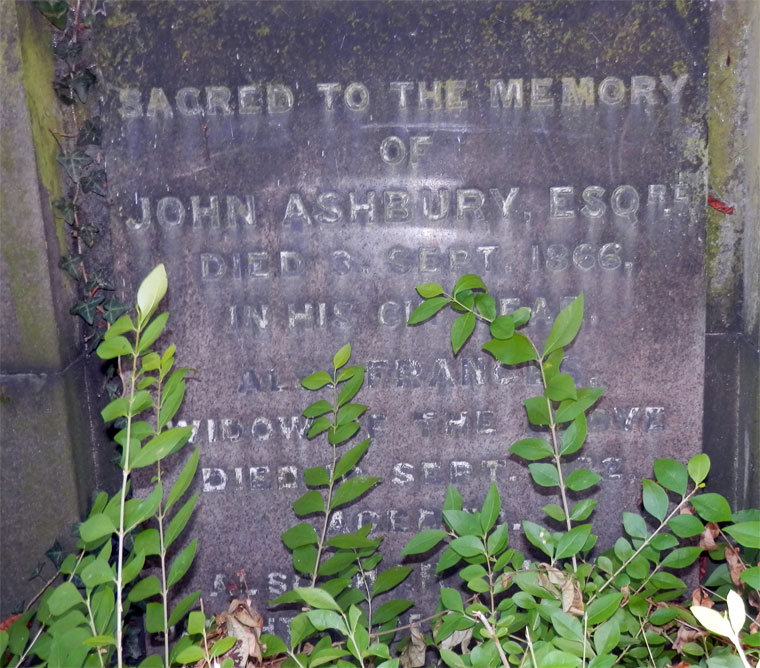 He was residing with his uncle in Winton, near Manchester until he was about 19 years of age when he bound himself as an apprentice to a wheelwright in Manchester where he became a skilled workman in wood and iron.

John Ashbury, his wife Frances and their son James Lloyd Ashbury (1834-1895) - a conservative Member of Parliament for the constituency of Brighton and a keen yachtsman, first challenger for the Americas' Cup; are buried in Kensal Green Cemetery in London.