Difference between revisions of "James Weir" 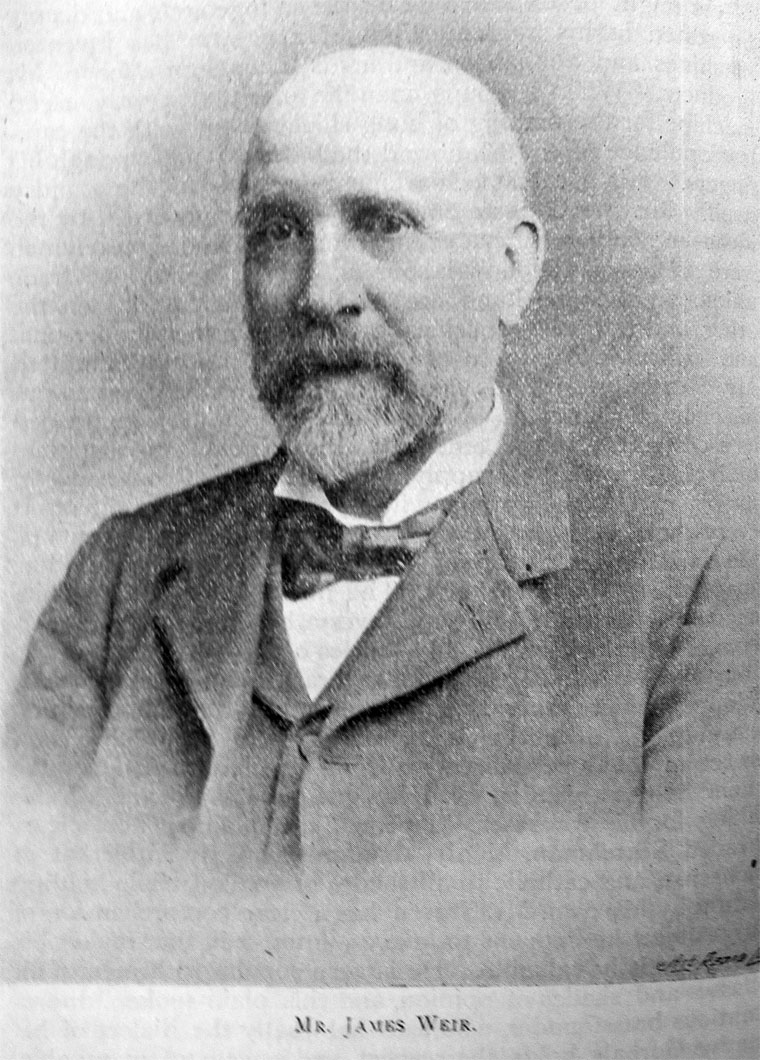 1842/3 Born near Airdrie, Lanarkshire, the fourth of the five children of James Weir, a farmer, and Jean Bishop

Following the early death of Weir senior, the family moved to Glasgow, where James attended school.

c1857 Commenced work at Hamilton and Grandison in Glasgow

1860 Apprenticed at Randolph, Elder and Co. in Govan. To raise the requisite 5s. a week for three years for the apprenticeship, his mother turned to needlework and dressmaking but she may also have received financial help from her eldest son, George, who was a ship's engineer.

Patented a marine governor and supervised its construction at Smith Brothers and Co and it was fitted to SS Garland and the original model was exhibited by the Institution of Engineers and Shipbuilders in Scotland.

1865 Went to sea as an engineer, serving first on the Sligo steamer Liverpool, then on the Bibby Line steamer Arabian that plied between Liverpool and the eastern Mediterranean.

1870 August. Promoted to first engineer, he left the Arabian to join the Oporto and subsequently the Princess Royal, on which George Weir, his elder brother, also served as an engineer.

While on the Princess Royal Weir had taken out patents for various improvements to steam machinery.

In 1871 or 1872 he went into partnership with his brother, George, as the consulting engineers G. and J. Weir and Co.

1903 Bought the estate of Over Courance in Dumfriesshire, where he built a house to his own design