Difference between revisions of "J. Samuel White and Co" 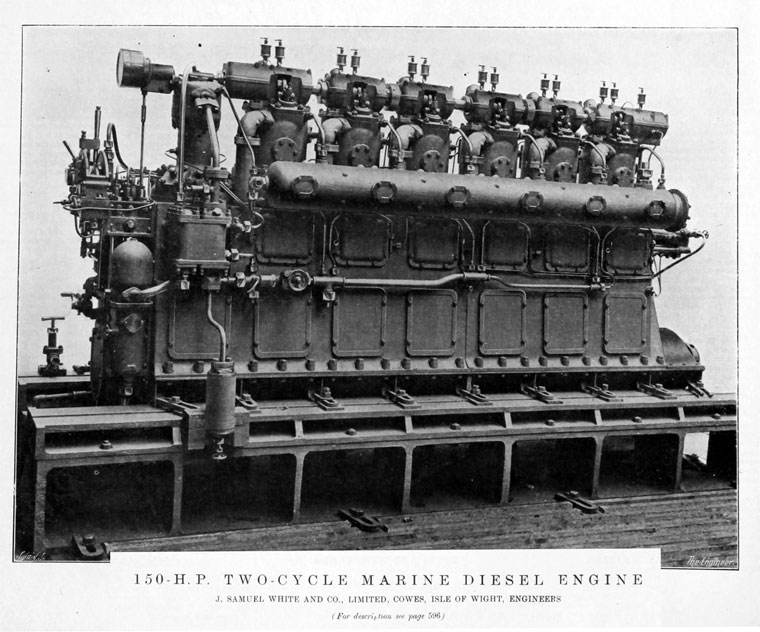 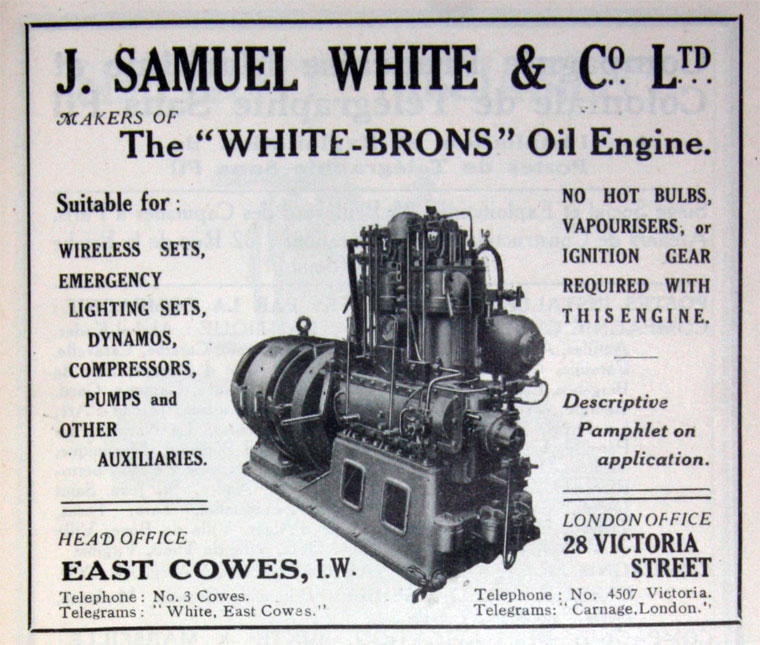 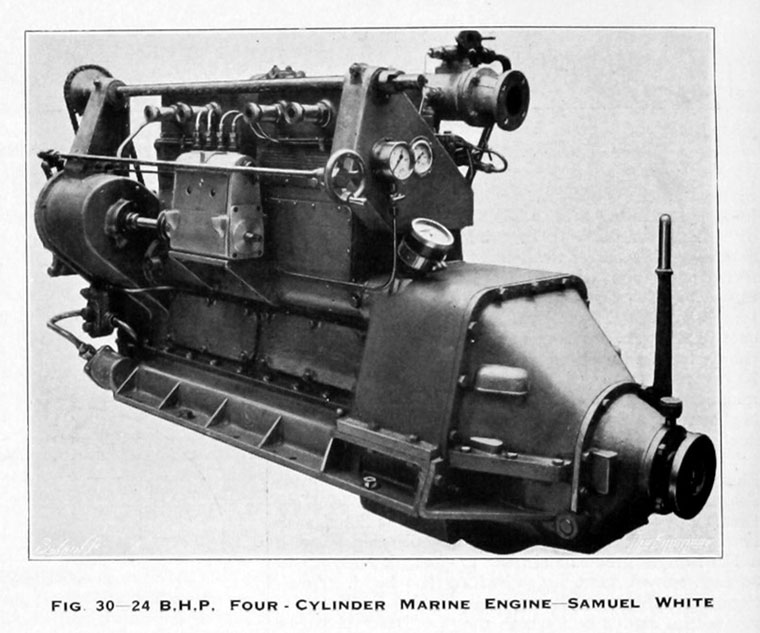 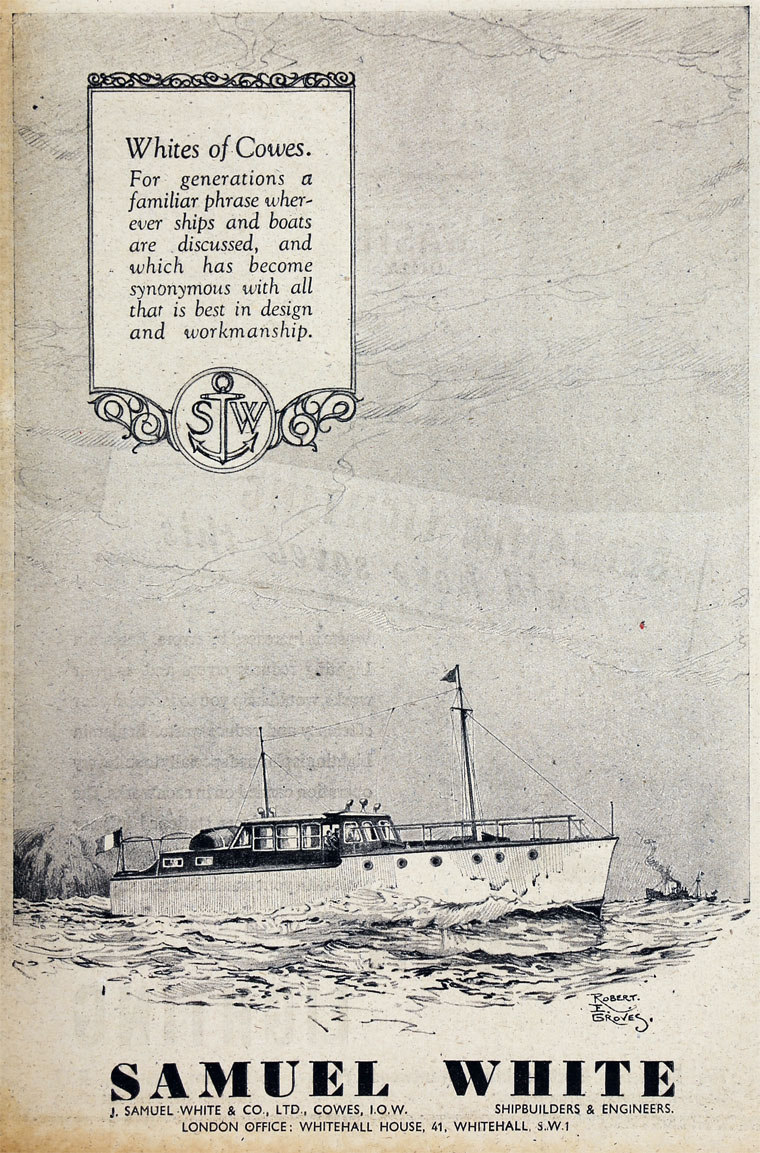 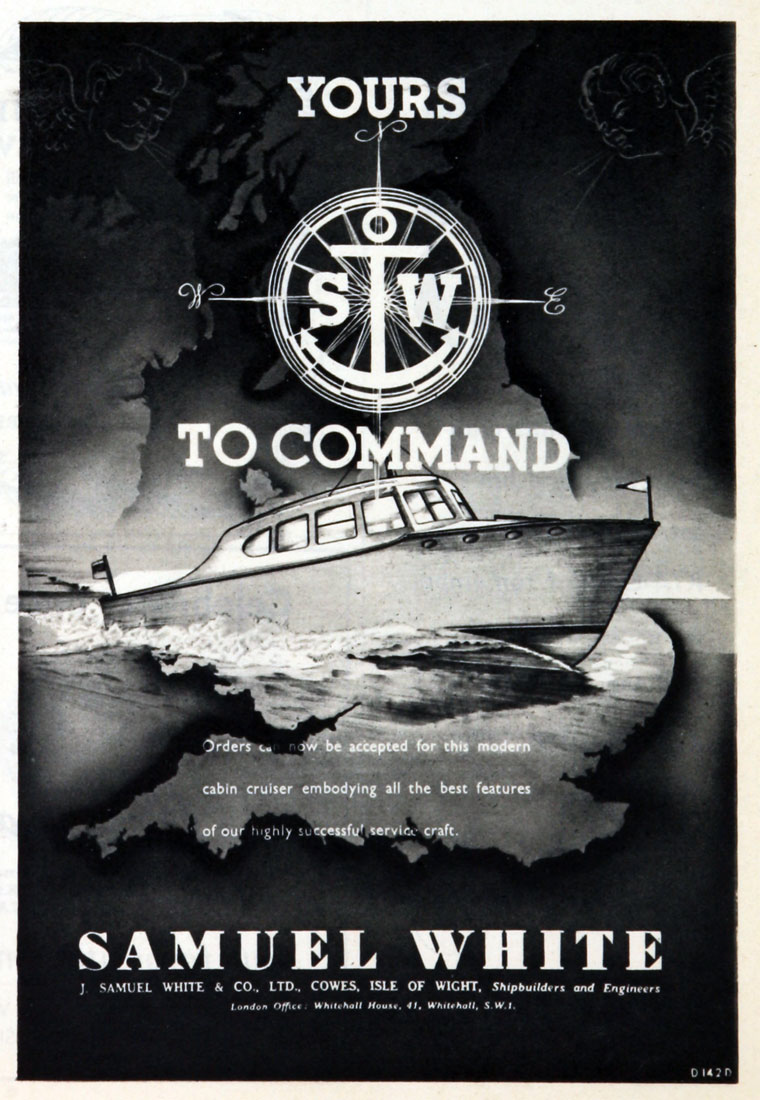 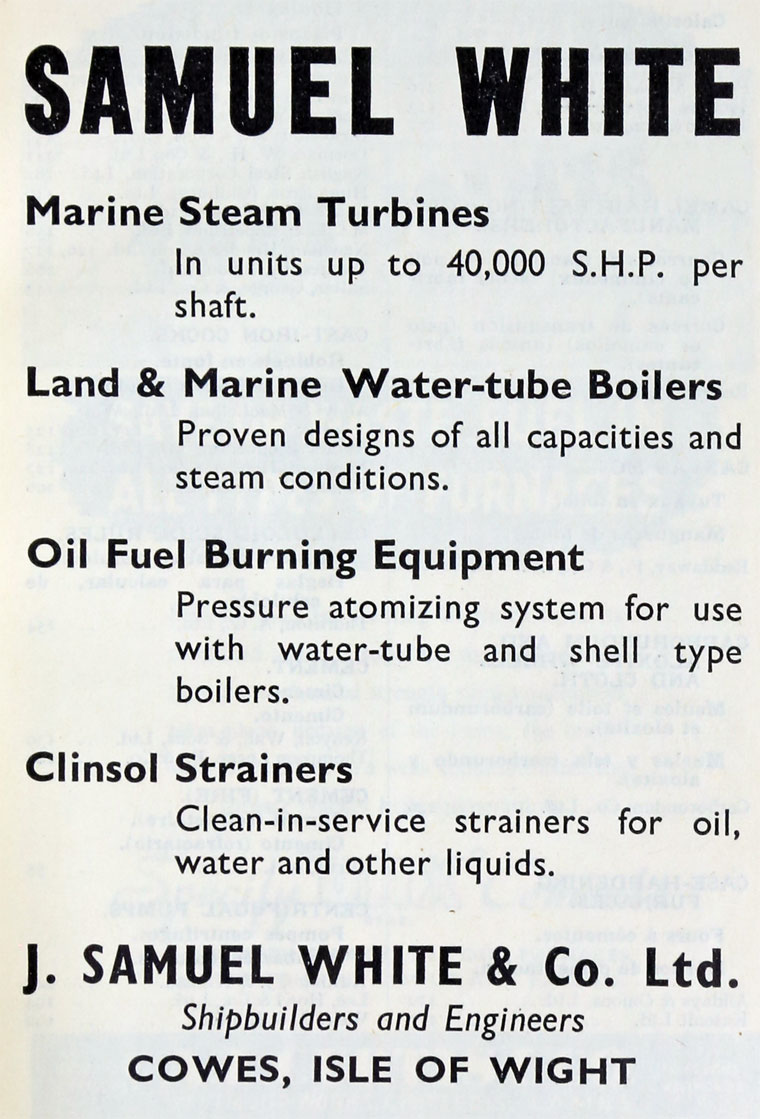 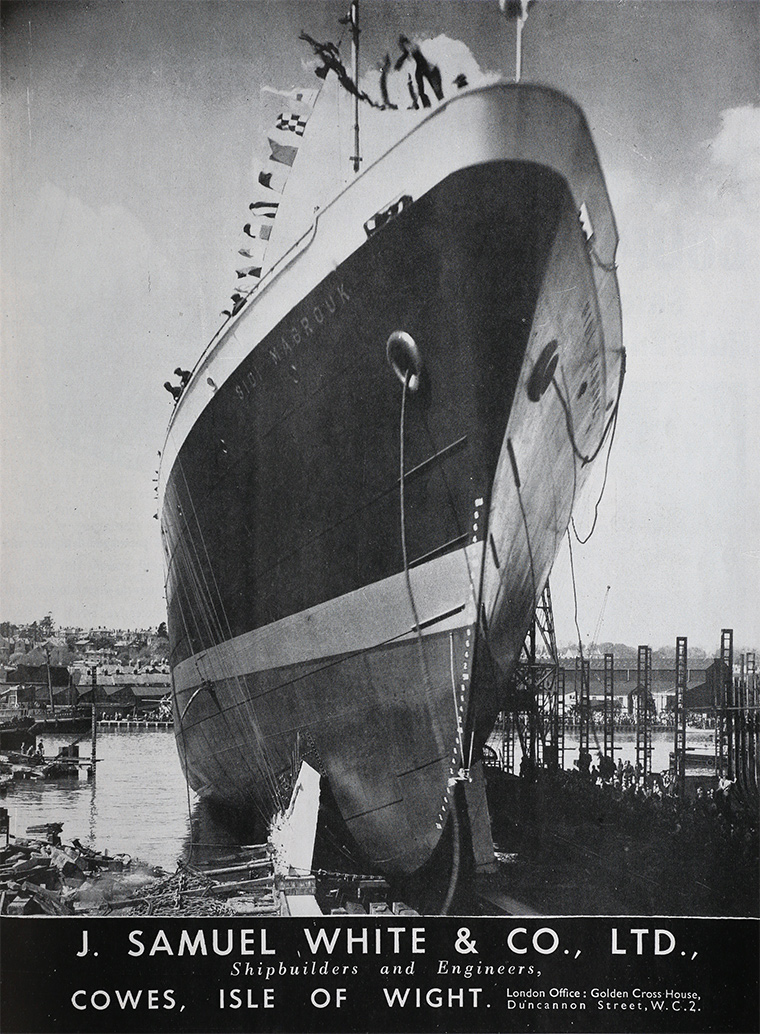 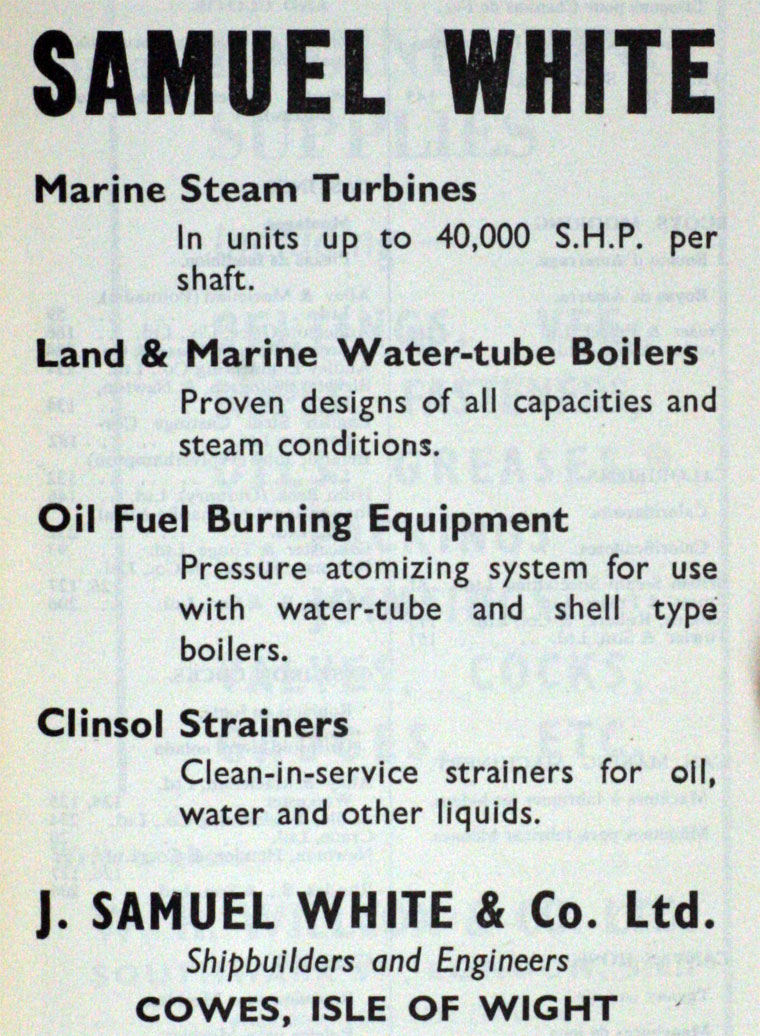 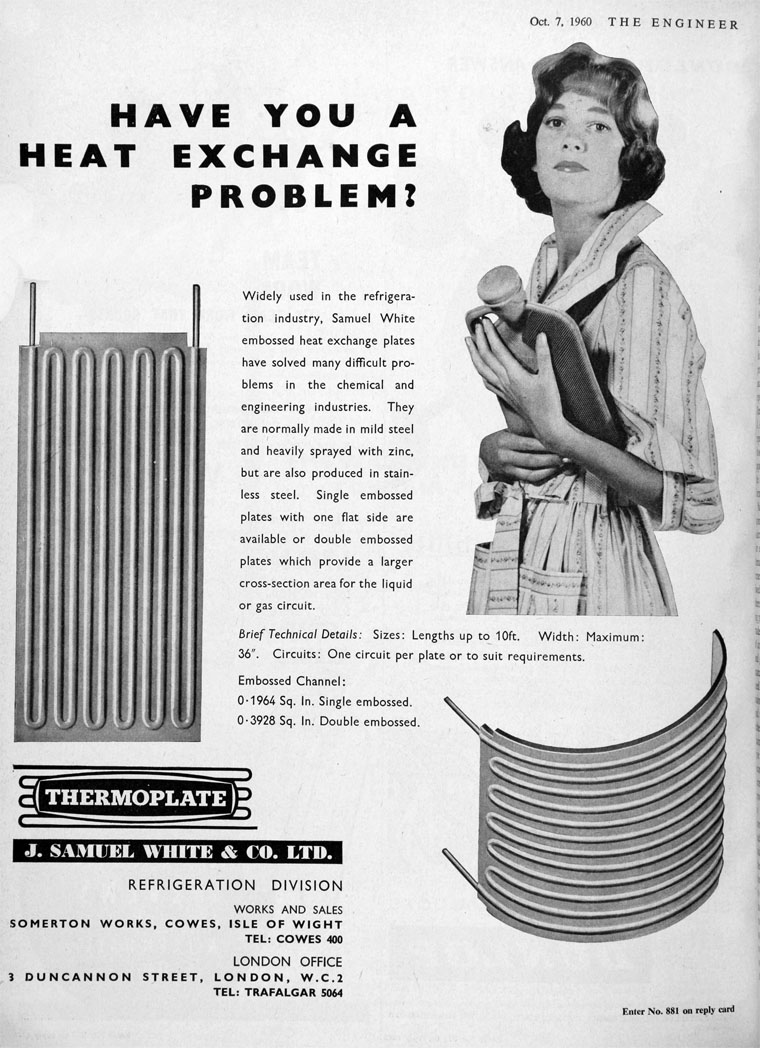 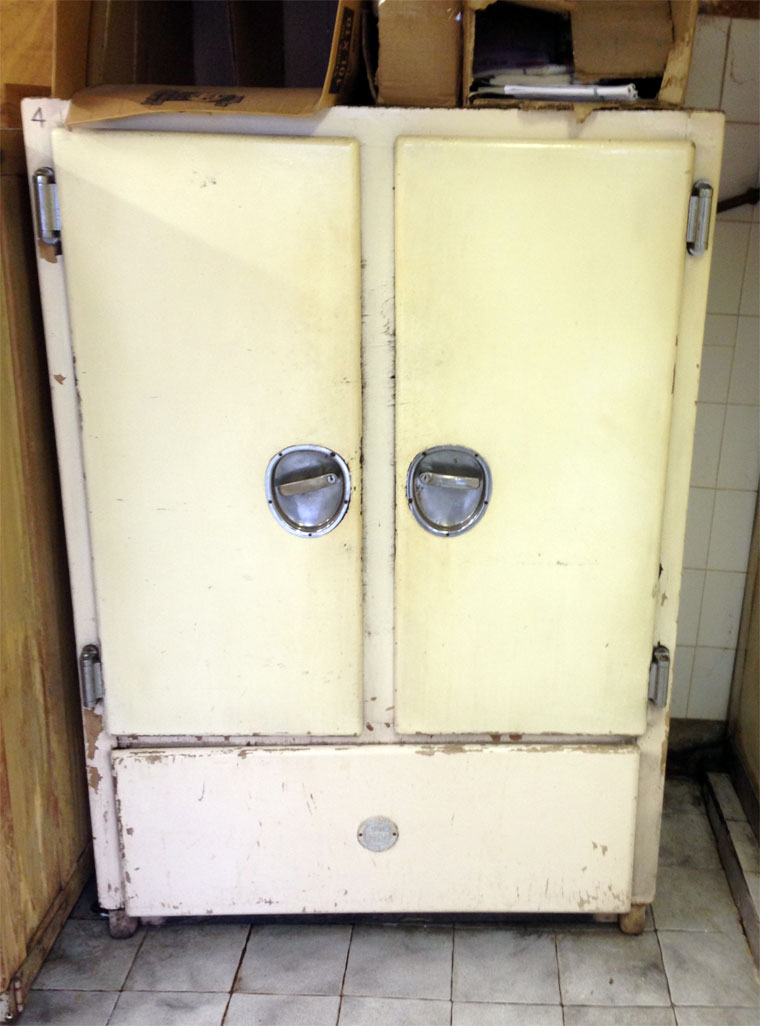 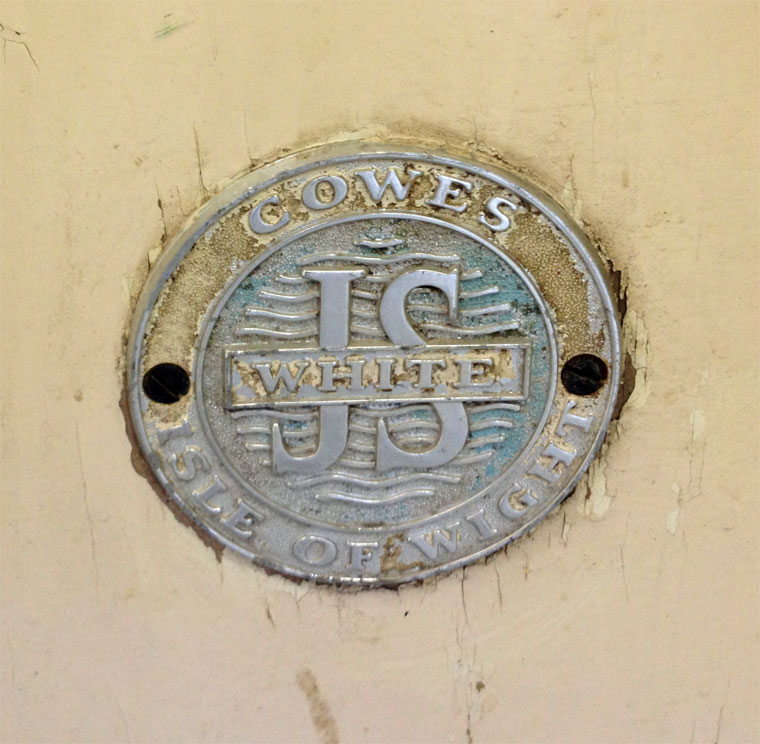 The company, which took its name from John Samuel White, came to prominence during the Victorian era. During the 20th Century it specialised in building destroyers for both the Royal Navy and export customers. Maker of stationary engines. [1]

17th century: Whites were building ships at Broadstairs for the Iceland fisheries and the Russian trade.

1802 In his book "Wight, Biography of an Island" Paul Hyland explains that the company moved from Broadstairs (Kent) to Cowes in 1802, where they began work on the 'Thetis' Yard on the 'salterns' and marsh between the Medina and Arctic roads.

Records indicate that by the 1850s White's docks, with its steam sawmills and engine shops, and the mast and block shops, provided work for around 500 craftsmen.

1856 Messrs John and Robert White, shipbuilders of Cowes, subscribed £20 to the Smith Testimonial Fund, commemorating the work of F. P. Smith in promoting the screw propeller.

1864 John's son, John Samuel White, had the idea of applying high speed engines to the lifeboats. He collaborated with George Belliss of Birmingham to implement this, with work conducted at the Falcon yard in East Cowes[4].

1880s The shipbuilding, which established the reputation of the yard, began in the 1880s when the company expanded into a number of yards. By the mid 1880s the yard's repertoire consisted of torpedo boats, yachts, pinnacles, cutters, small sailing ships and composite paddle steamers.

1889 Took over John White's Medina Dock Works, on the opposite side of the Medina to Falcon Works; used for engineering work and construction of small steam ships[5]. An engine building department was later established there.

1894/5 The company's Falcon yard built its first destroyers for the Royal Navy.

1905/11 Twenty five destroyers were completed between 1905 and 1911, fitted with the White-Forster water tube boiler which was a speciality of the company.

WWI During the War, the yard built 16 destroyers, five patrol boats, six "Q" ships and two submarines. The company's Howes yard also produced a number of destroyers in record time by increasing its workforce and modernising its fitting out facilities. Built a new factory at Somerton, near Cowes[7] which after the war was sold to Selsdon Aero and Engineering Co.

1920s The Cowes yard moved into merchant ship production as war ship orders had dried up. There was a slump in merchant orders too, and this led to the yard accepting orders for small ships: tank barges, excursion steamers steam yachts and ferries.

1924 Advert says they are shipbuilders and engineers and lists a range of products.

1928 New orders for warships began coming in from 1928 onwards. The company survived the Depression thanks to its established ship repairing yard in Southampton. The company also had a separate lifeboat production line, which kept the income stream flowing.

From 1933 onwards fresh orders for the Royal Navy invigorated the fortunes of the yard: destroyers, gunboats and mine-layers were made during this period.

WWII "In May 1942 the Polish destroyer 'Blyskawica' was being urgently refitted at J Samuel White where it had been launched. On the night of 4th May, the Luftwaffe let fly with 200 tons of bombs, a wave of incendiaries followed by high explosives. The Blyskawica left her moorings, dropped anchor outside the harbour, and retaliated all night with such vehemence that her guns had to be doused with water, and more ammunition had to be ferried across from Portsmouth but for her, the 800 casualties and thousands of damaged buildings, including 100,000 square feet of wreckage at Whites, would have been far worse." Note: The destroyer is still preserved as possibly the world's oldest destroyer. Built in 1936, she is currently moored in Gdynia as a museum ship

1950s In the post war period, the yard returned to merchant ship construction and made turbine powered ferries, refrigerated fruit ships and survey vessels. However, in the Cowes yard frigates, destroyers, warships, patrol boats, lighthouse tenders and minesweepers were completed.

1960s The 60s were typified by the building of large ferries.

1964 However, as other yards moved towards prefabrication techniques, the East Cowes yard was closed in 1964 as it was not possible to update its facilities.

1965 It was announced that the engineering businesses would be reorganised and the greeting cards business, J. Arthur Dixon, would be strengthenes[12]

1972 The West Cowes yard continued its engineering work until 1972 when it was bought by the Elliot Corporation of the USA for the production of turbo-compressors.

Built in the 1910s; named after the Isle of Wight:

By the 1950s the company was making small refrigerators (see photo) and Thermoplate heat exchangers.

The Sultan of Zanzibar's Barge