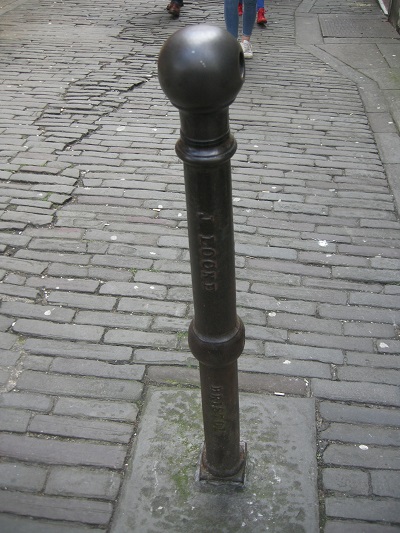 1841 Advert: 'JOHN LOCK, Foreman to the late GEORGE HARDING, informs his Friends and the Public that he has succeeded to the Business of MILLWRIGHT and ENGINEER, as carried on by G. H., in all its Branches, on the same Premises. Orders Intrusted to him will be carefiuly executed, at moderate prices.- MARY BUSH-LANE, QUEEN-STREET. 26th January, 1844.'[1]

1858 Advert: 'WHARF FOUNDRY, &c, QUEEN STREET, BRISTOL.
HENRY LOCKE, in succeeding his Father (lately deceased) in the Businesses of ENGINEER, MILLWRIGHT, and IRON and BRASS FOUNDER, has to thank his numerous Friends for the liberal support extended to him, and begs to solicit continuance on his own behalf. Directness and despatch will mark all operations.
N.B.—Casting every day, once and twice, according to circumstances. An extensive assortment of Wheel Patterns, &c, kept, consisting largely of Bevil, Mitre, Spur, and Drum Pulley Wheels; Fly-Wheels, Plough, Barrow, Trolley, and other Wheels. Turning, Boring, and Screw Cutting by Steam Power.'[4]

Marybush Lane ran between Queen Street and Tower Hill, close to St Philip's Bridge which crosses the floating harbour. The 1902 O.S. map shows an Iron Works occupying the full length (200 ft) of the south side of Marybush Lane, and having a maximum width of 50 ft. It is not known whether this was the site of Locke's foundry, as his son referred to Wharf Foundry, Queen Street.