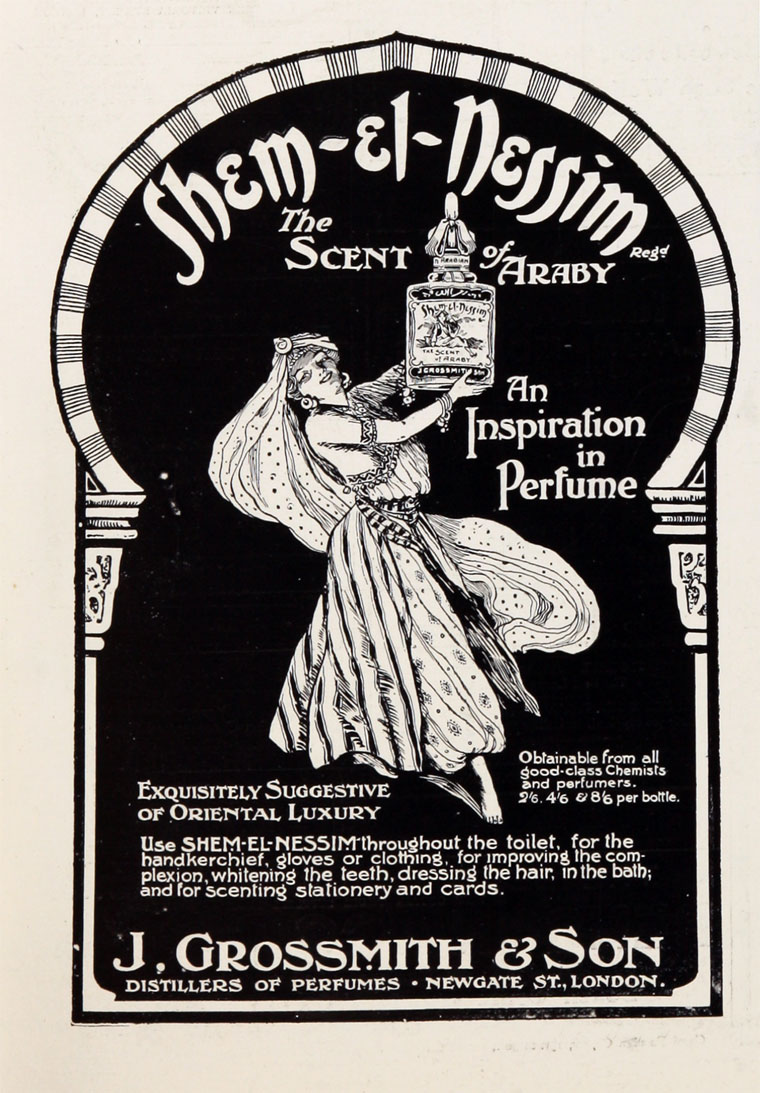 Manufacturer of Perfumes, Toiletries and Cosmetics.

1841 Had a wholesale premises at 24 Cannon Street, London.

1854 Business moved to 85 Newgate Street before moving to Piccadilly.

1867 John (the founder) died and was succeeded by his son John Lipscomb Grossmith, Junior.

1880 Grossmith introduced a range of oriental-X perfumes which were very successful.

1919 The company was reformed as a private limited company under the chairmanship of Stanley Grossmith.

1929 Listed Exhibitor. Manufacturers of Perfumes, Fine Soaps, and Toilet Requisites of all descriptions. (Stand No. M.53) [6]

A member of the family writes:

John Grossmith was married to Lucy Eliza Whitaker. His son, John Lipscomb Grossmith, was trained as a perfumer in Grasse (in France, considered as the world's capital of perfume) and ran the business until 1919, innovating and establishing a wide range of classic English perfumes, including Hasu-no-Hana, Phũl-Nãnã and Shem-el-Nessim. A number of the fragrances were sold in Baccarat flacons.

Grossmith enjoyed Royal patronage in the late 1800s and early 1900s and held royal warrants from Queen Alexandra as well as from the royal courts of Greece and Spain. Grossmith formulated perfume for Queen Victoria’s Jubilee (Victorian Bouquet), for the accession of King Edward VII (Regal) and for the engagement of the Duke of York and Princess May (Betrothal) who later became King George V and Queen Mary.

There are plans to re-commence business using the original formulations.