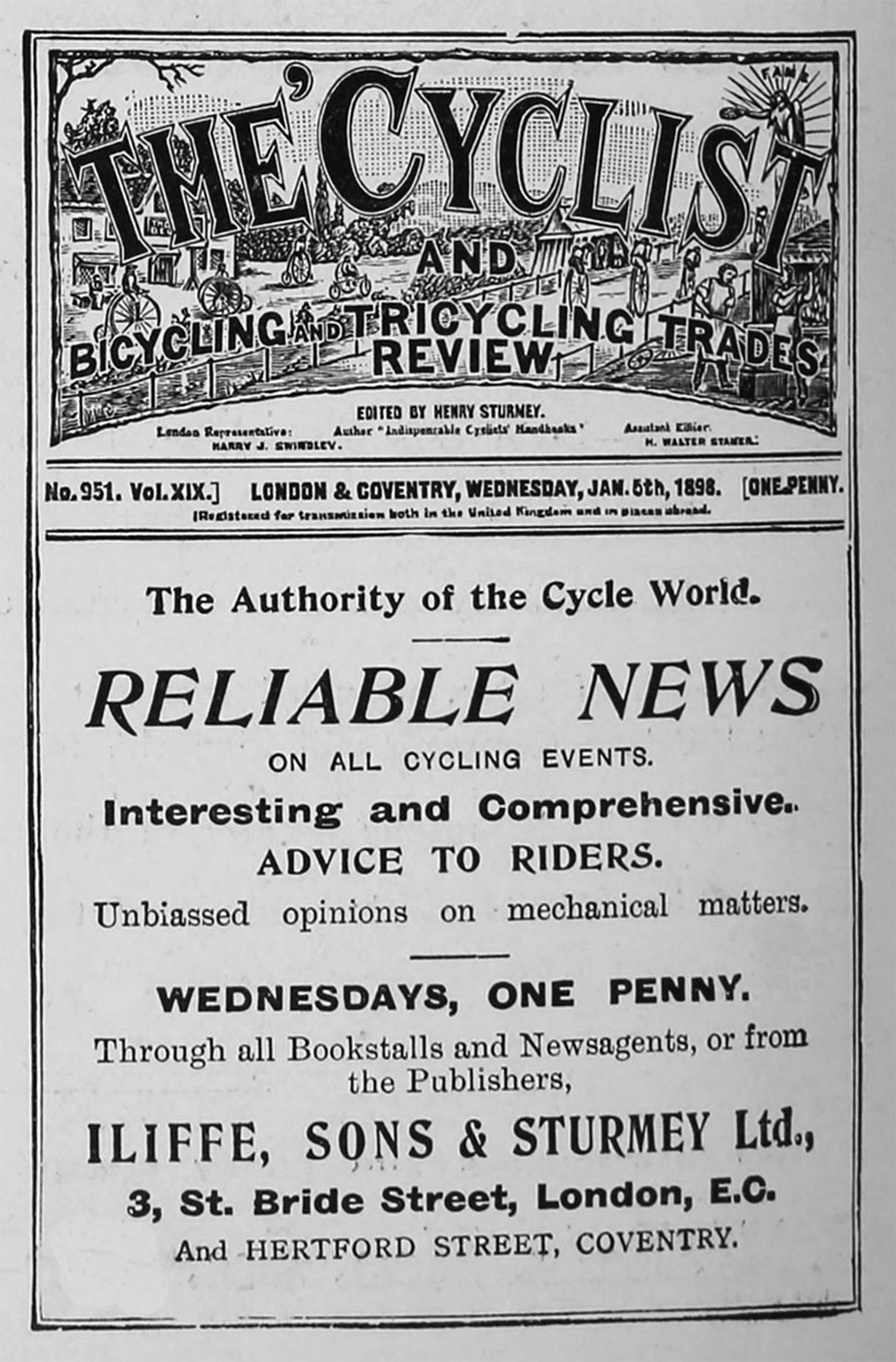 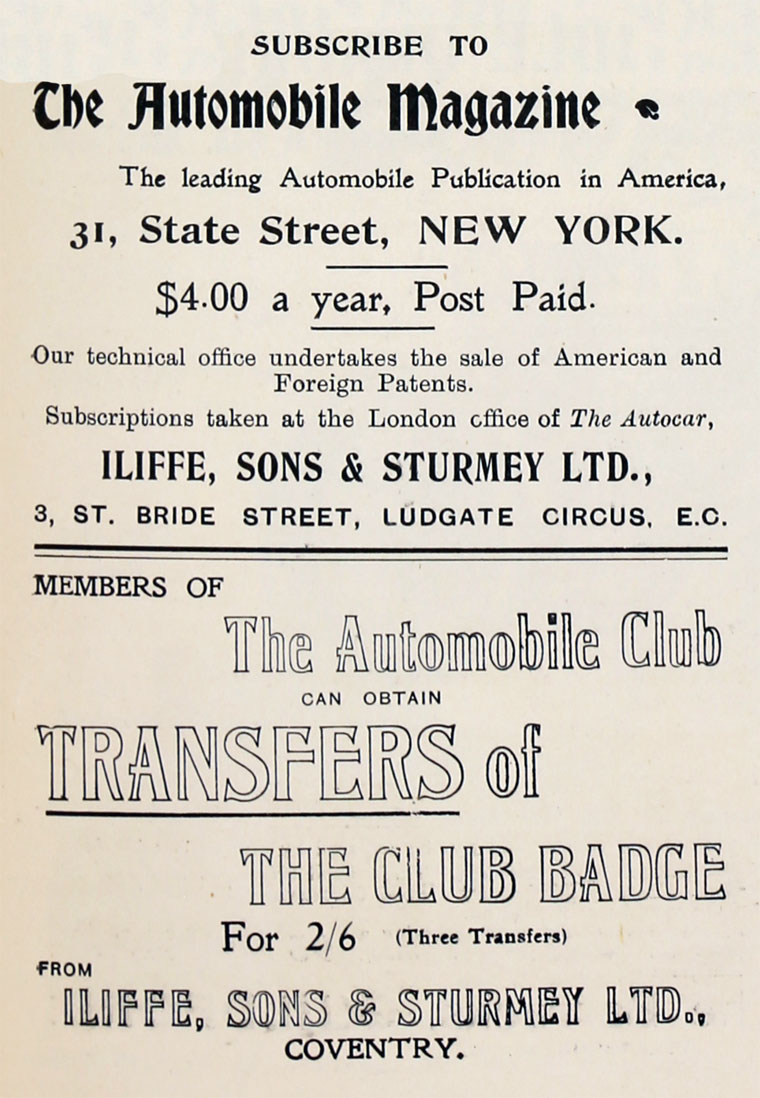 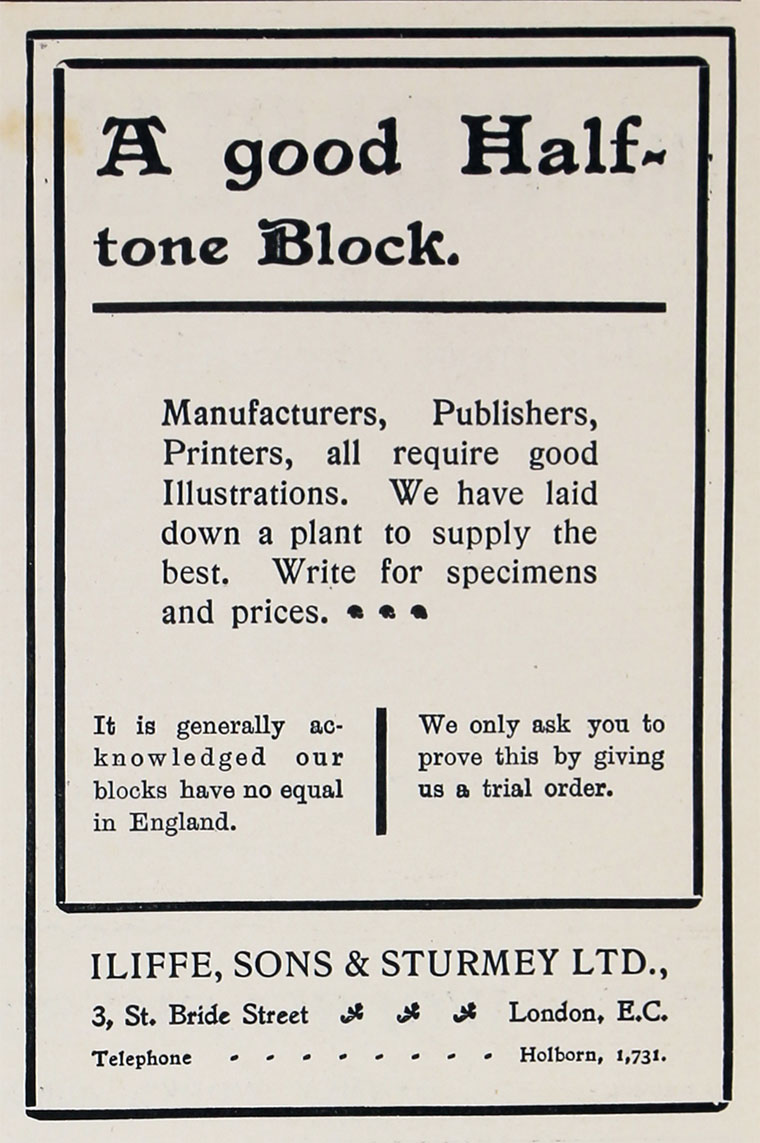 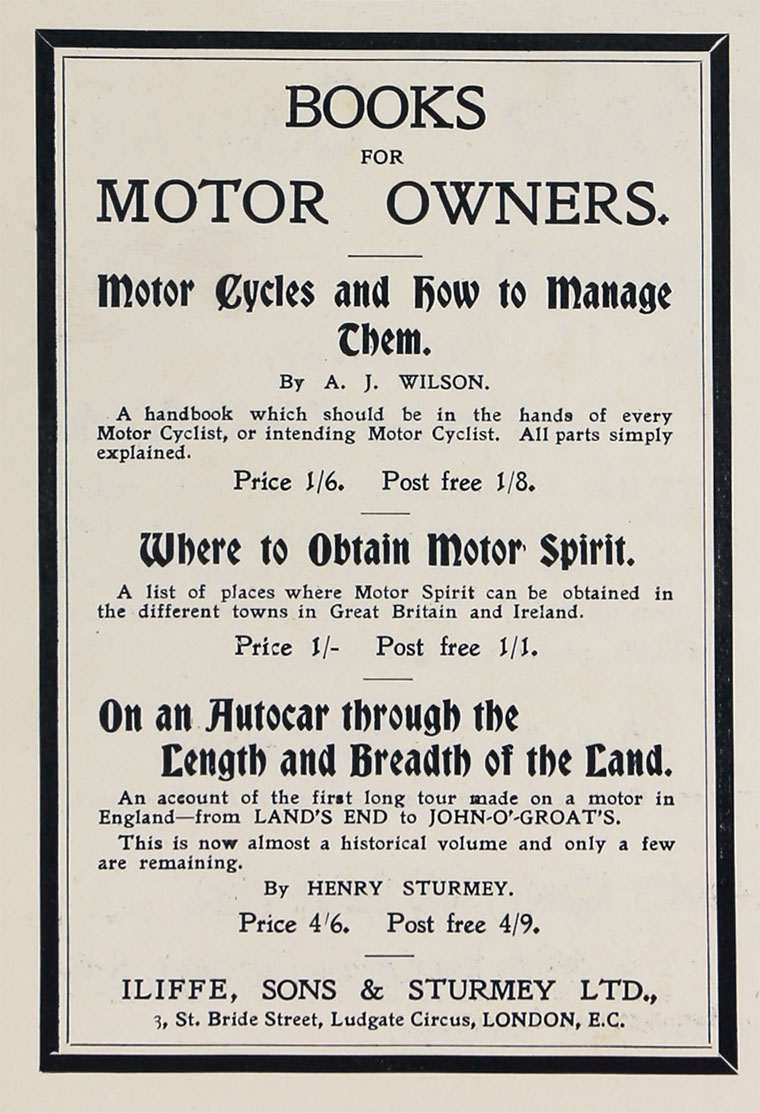 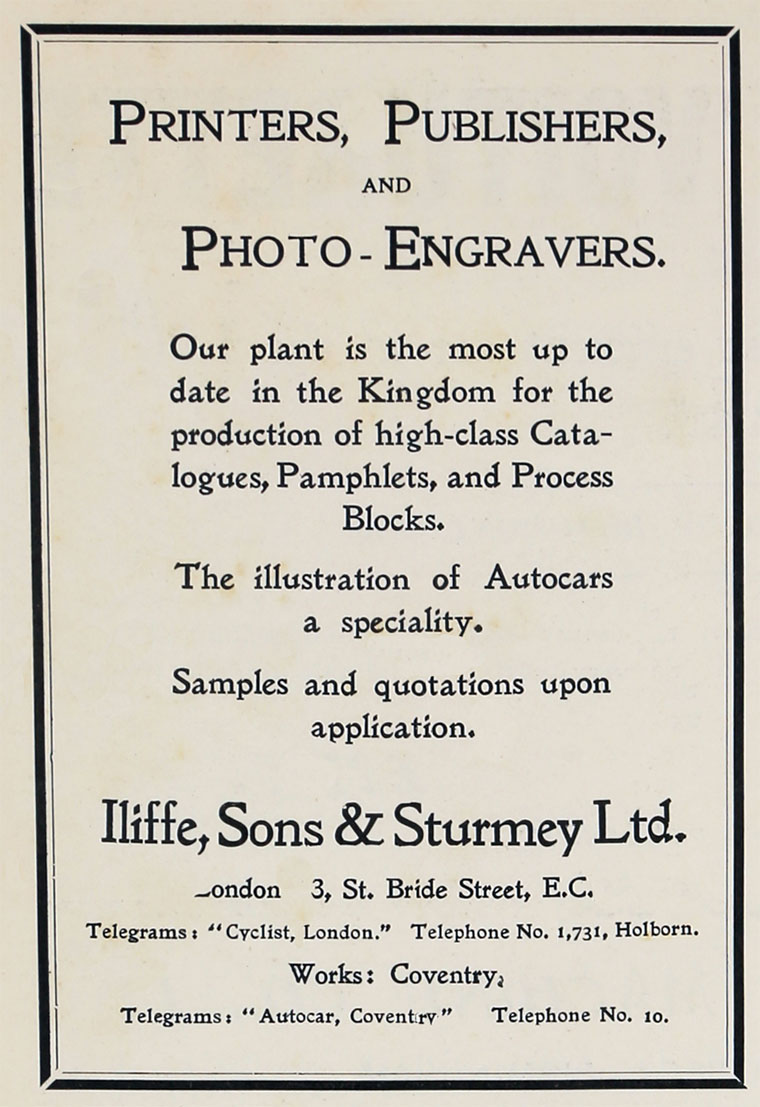 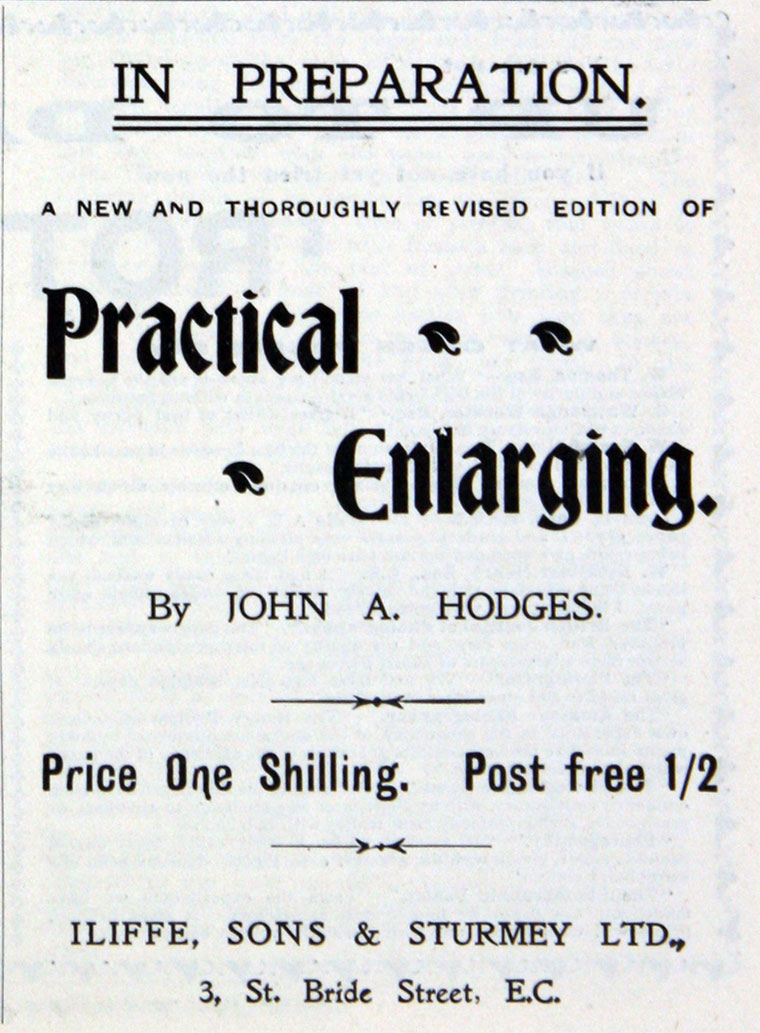 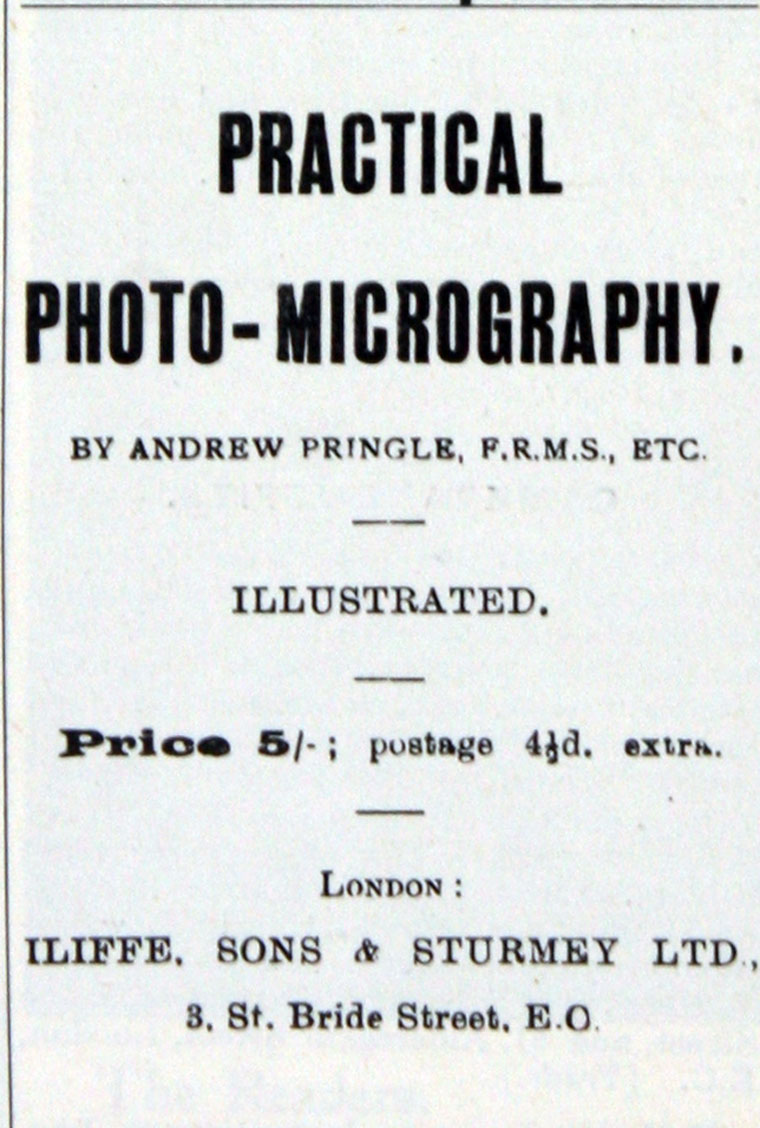 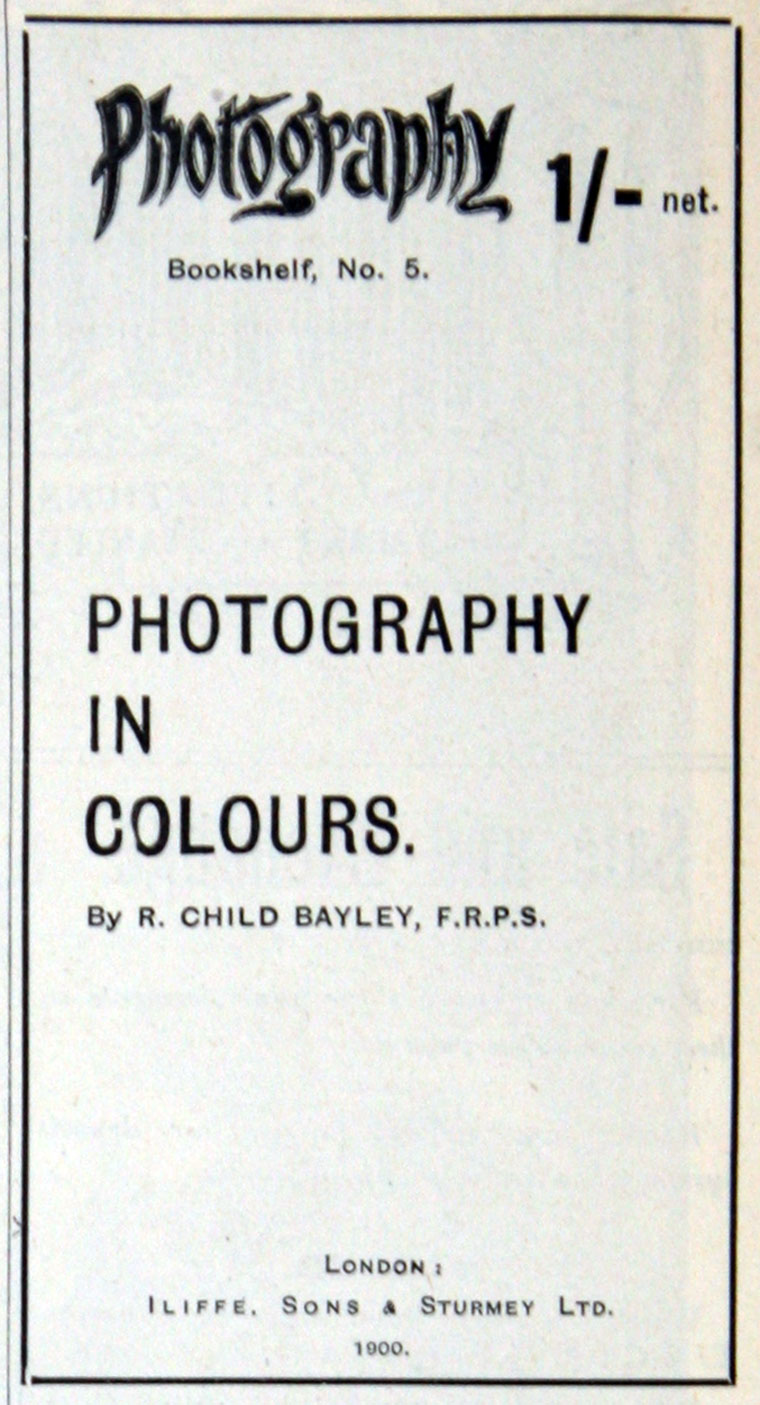 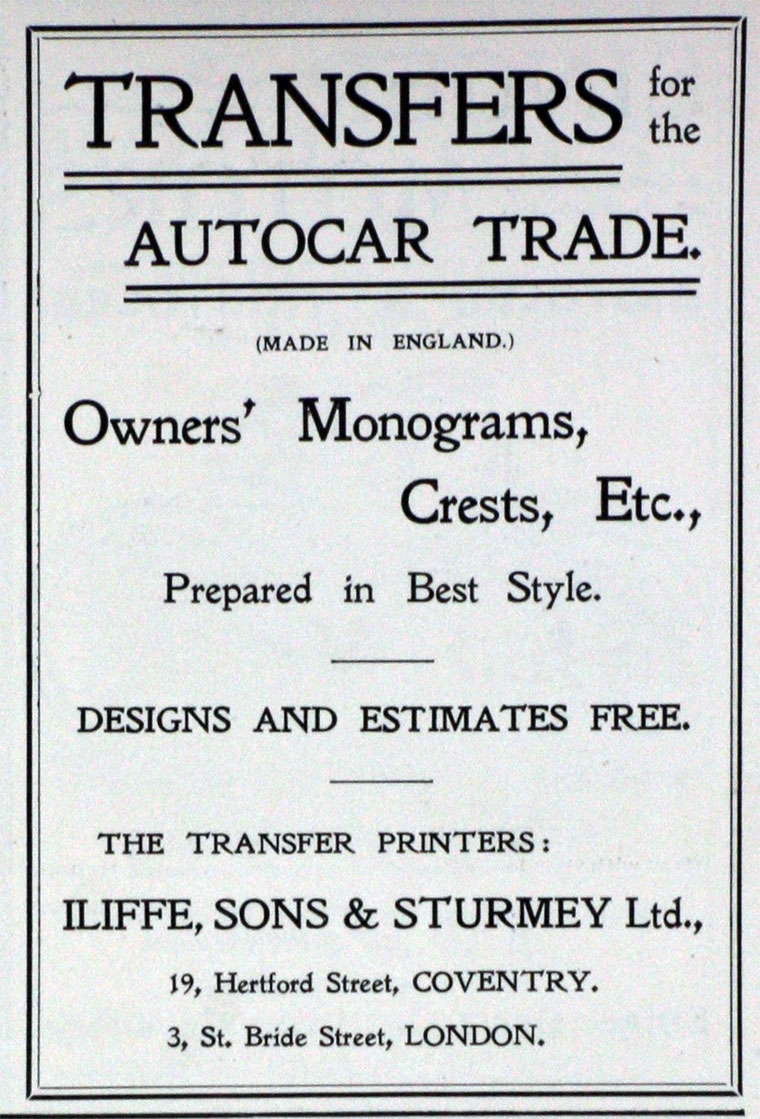 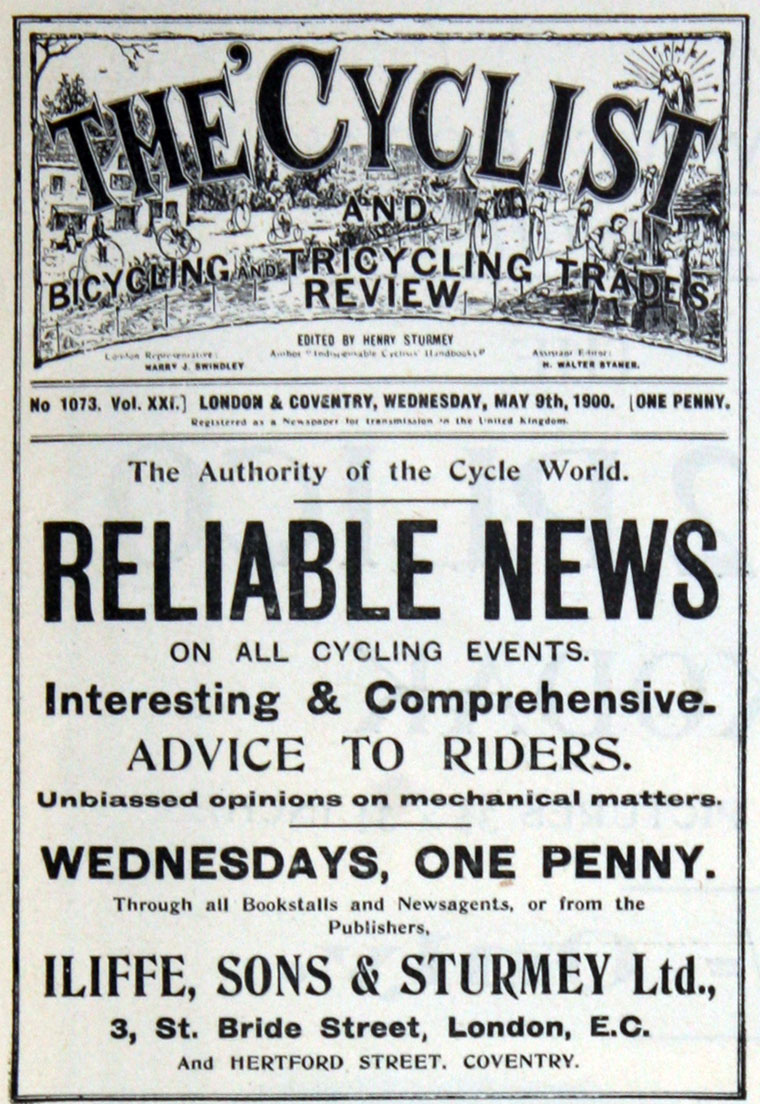 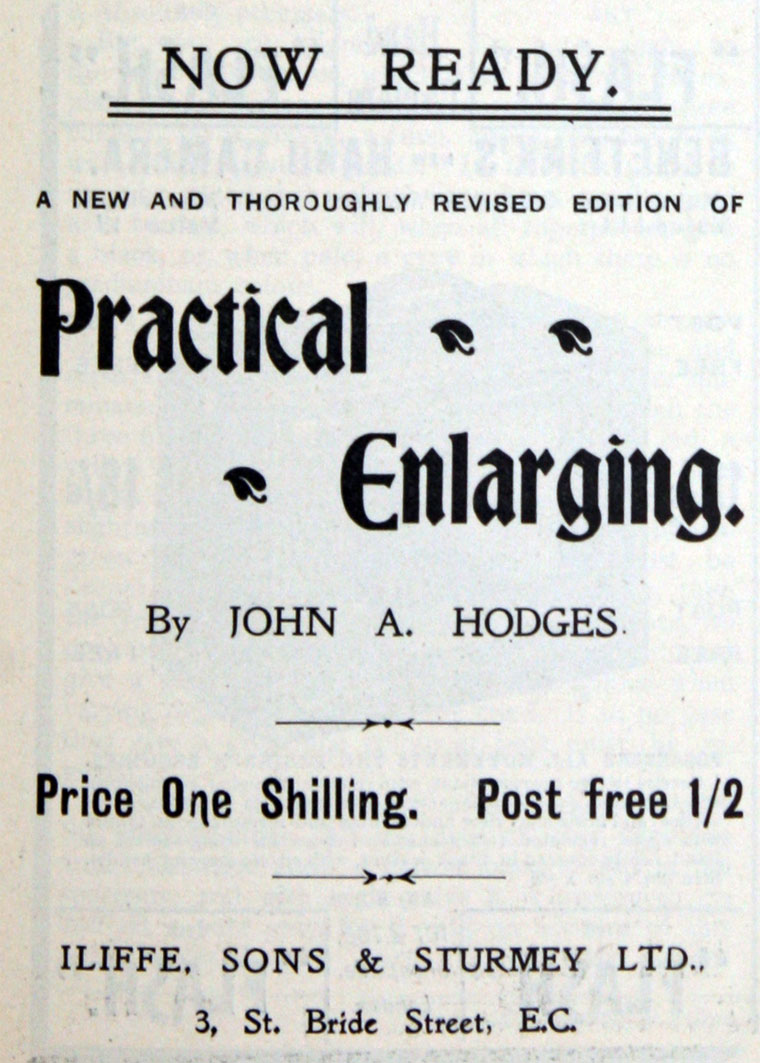 1895 Henry Sturmey was first editor of The Autocar magazine.

1900: Exhibitor at Stanley Cycle Show: Iliffe, Sons and Sturmey Ltd., 3, St. Bride Street, E.C. "This firm have the latest issues of The Autocar and other publications of interest to the automobilist, such as Motor Cycles, On an Autocar through the Length and Breadth of the Land, Horseless Vehicles, Petroleum Motor Cars by Louis Lockert, and Lacy Hillier's cycle and motor novel, The Potterers' Club."

1901 Henry Sturmey stood down as editor of The Autocar magazine and left the company[1]. The company became Iliffe and Sons