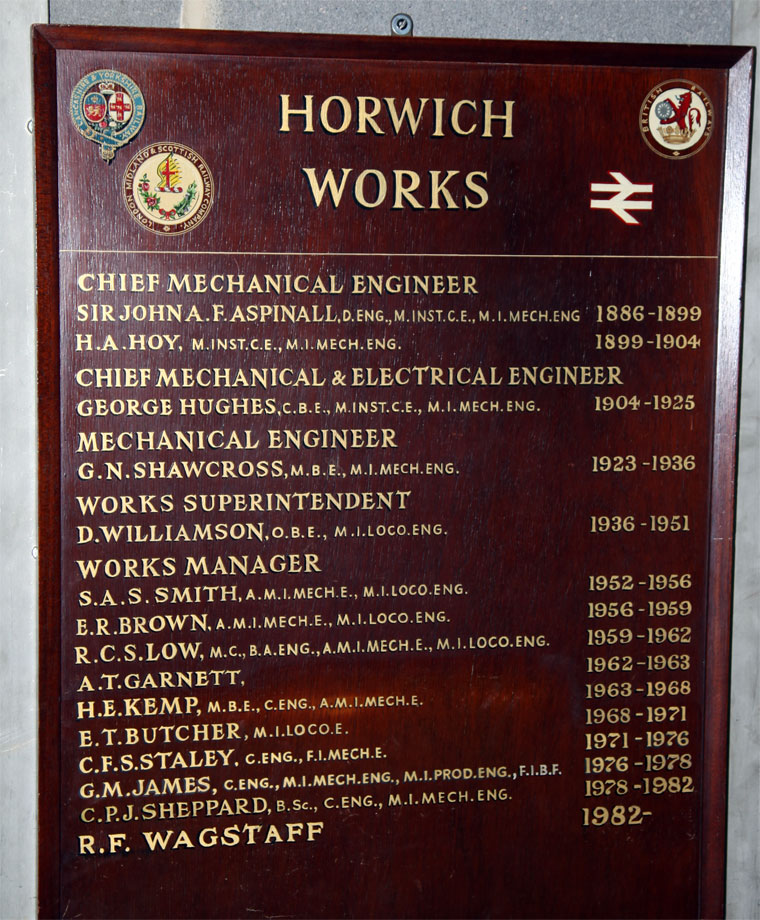 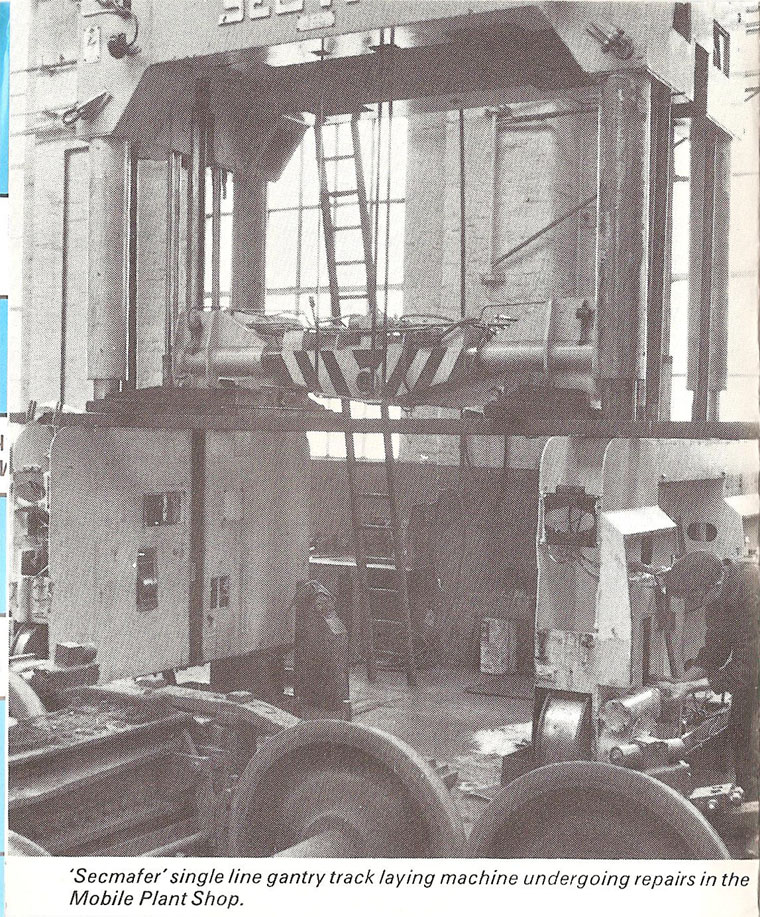 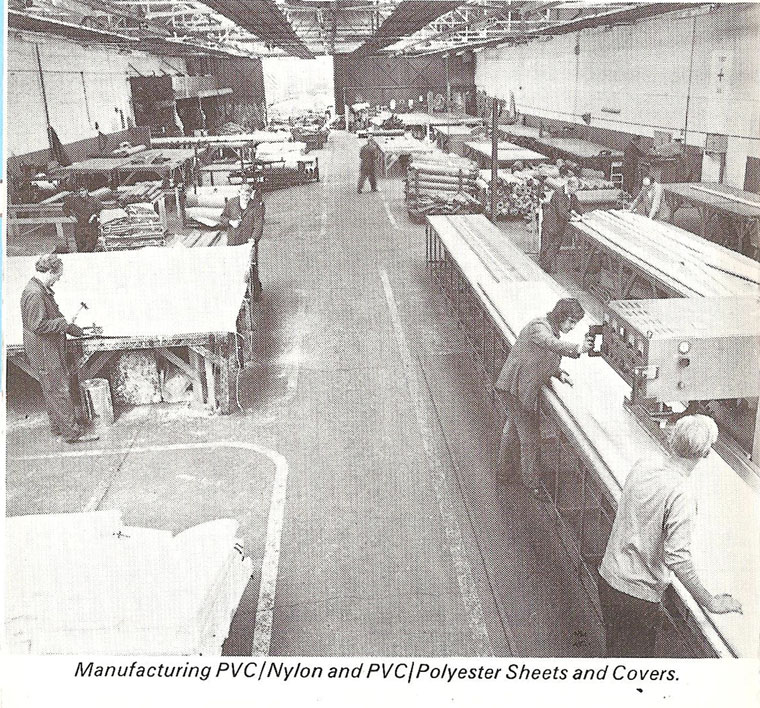 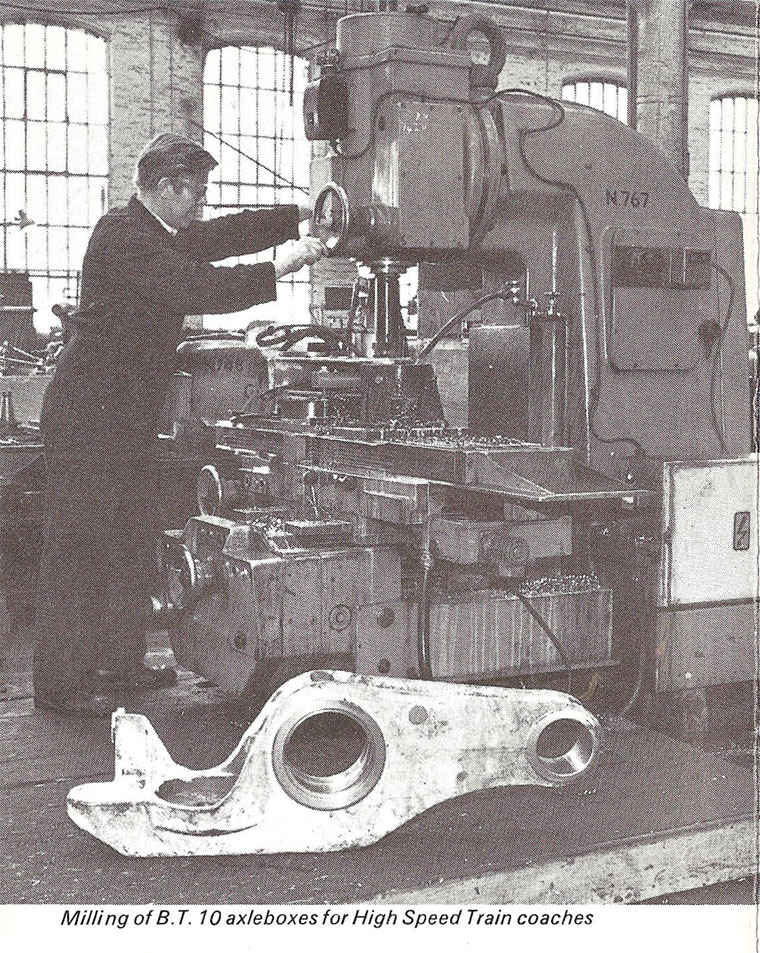 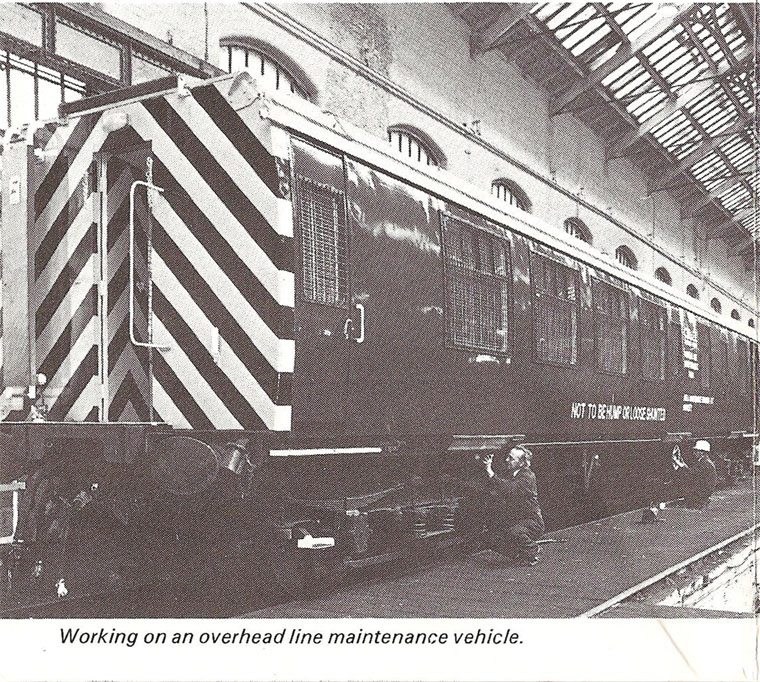 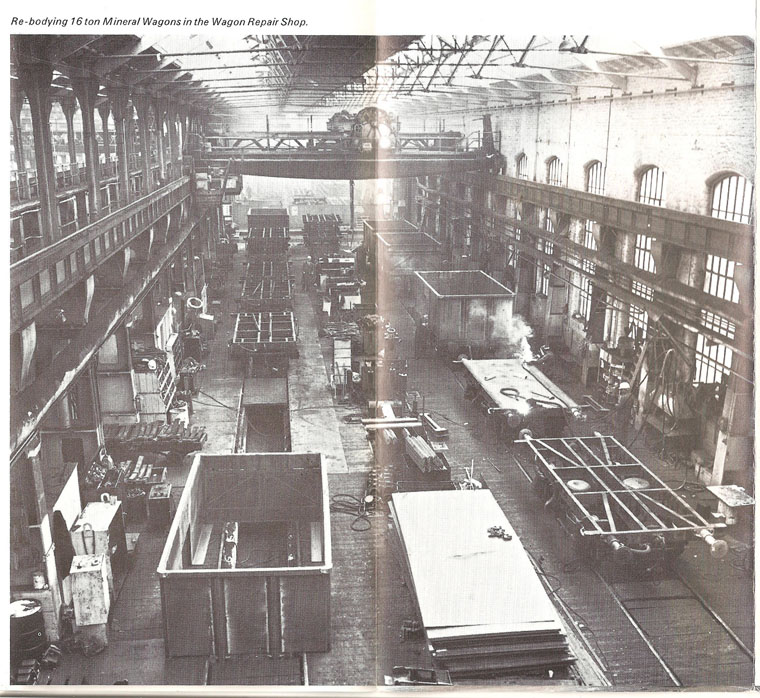 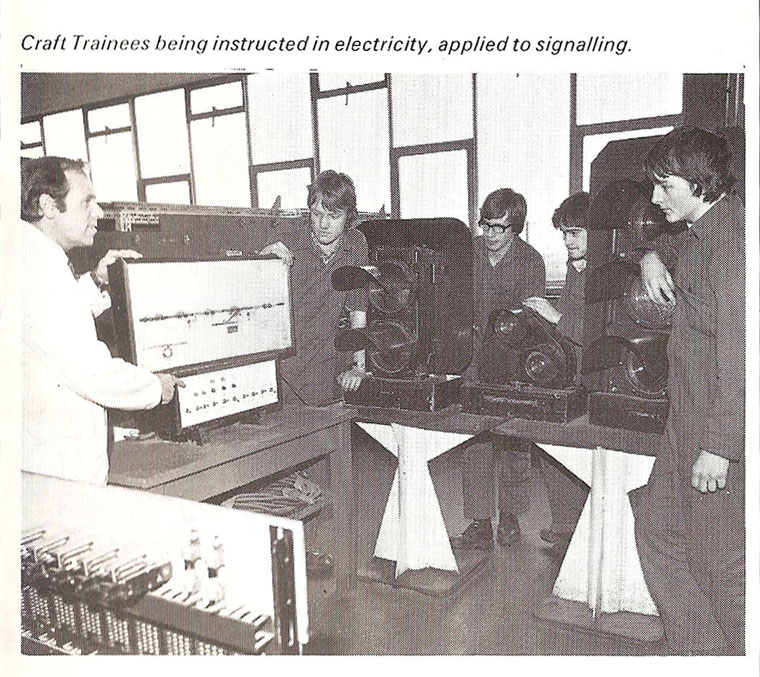 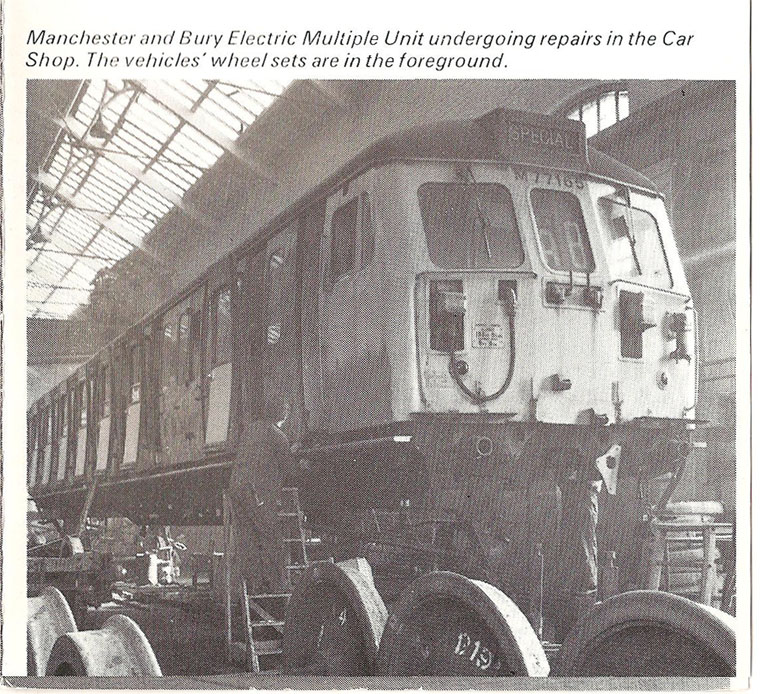 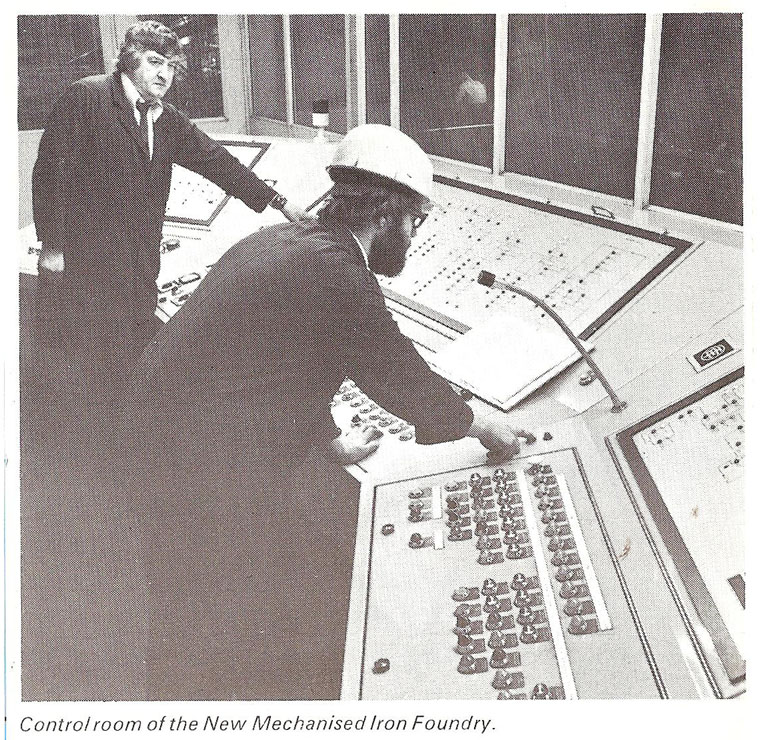 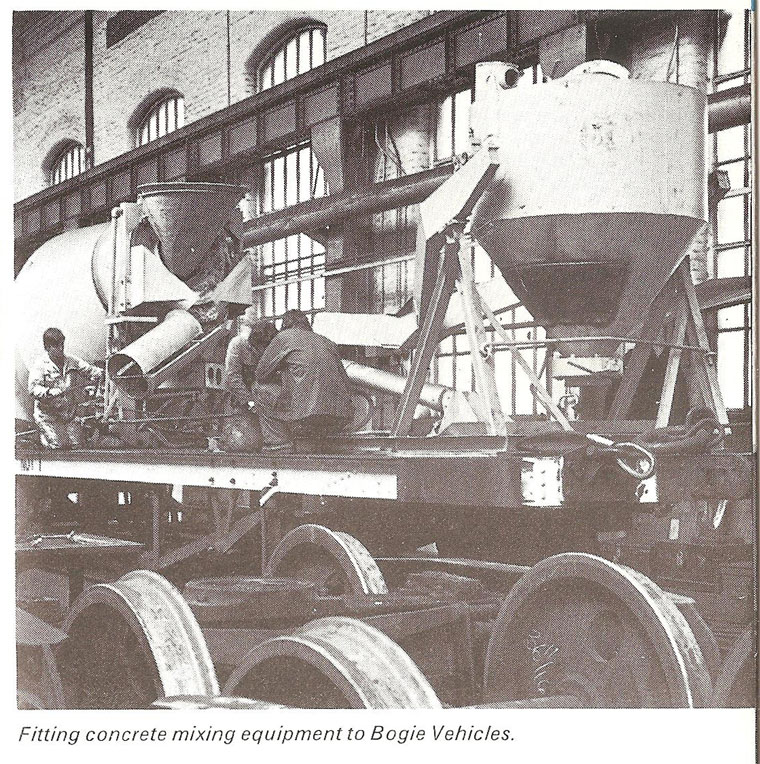 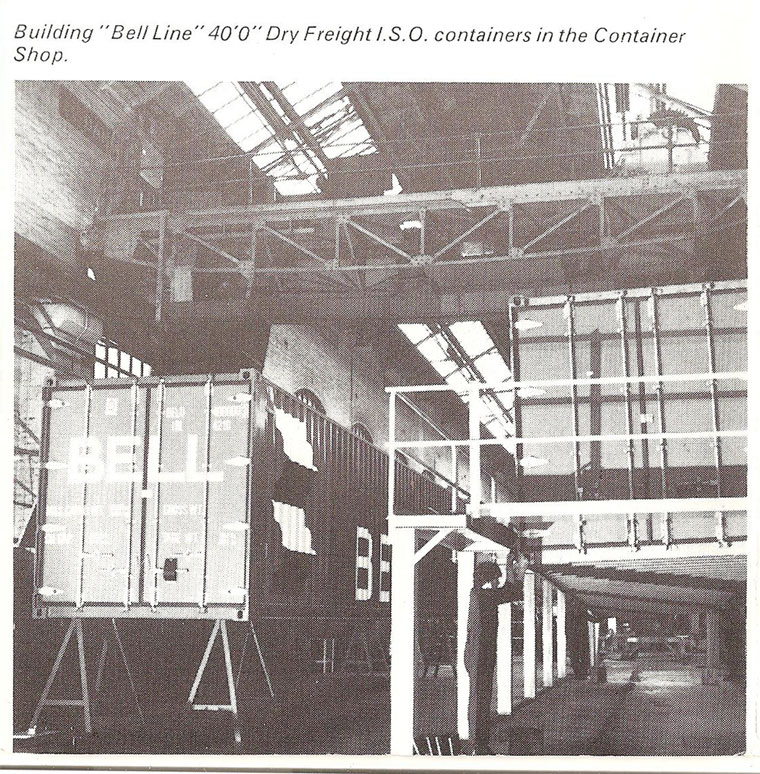 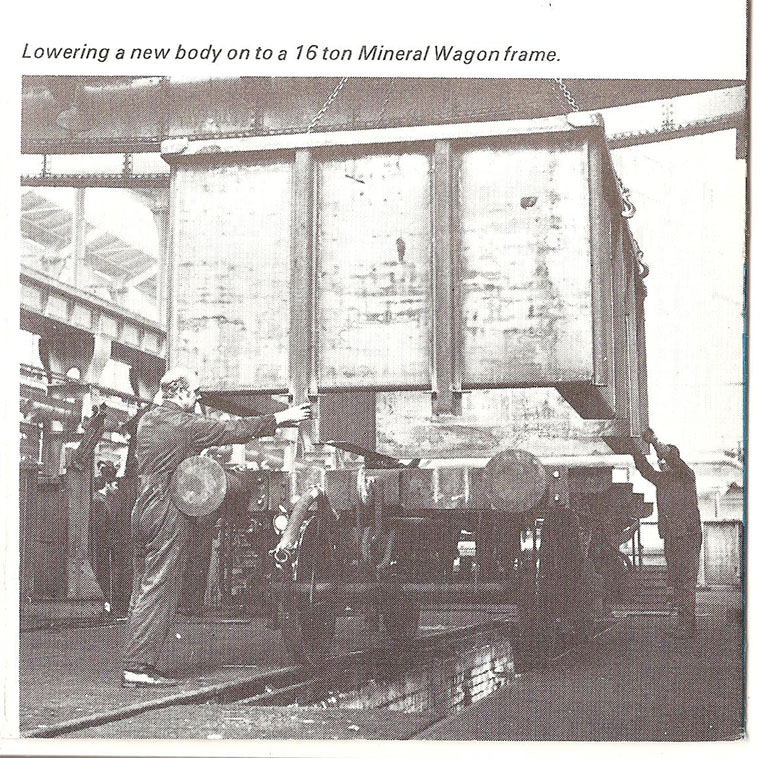 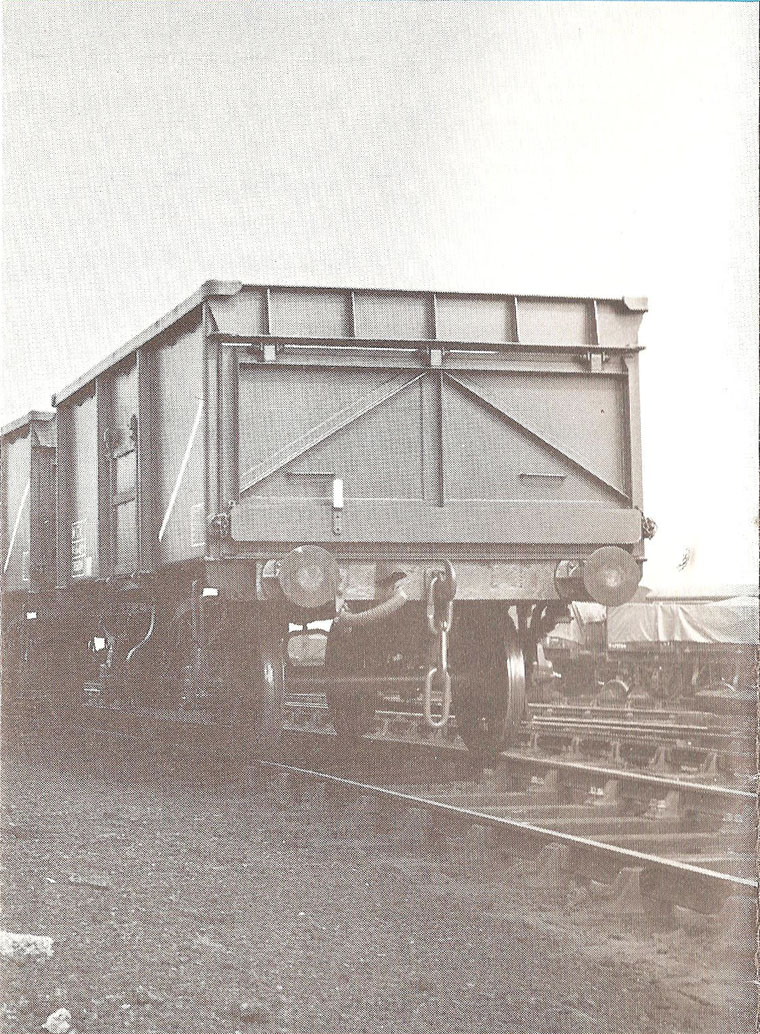 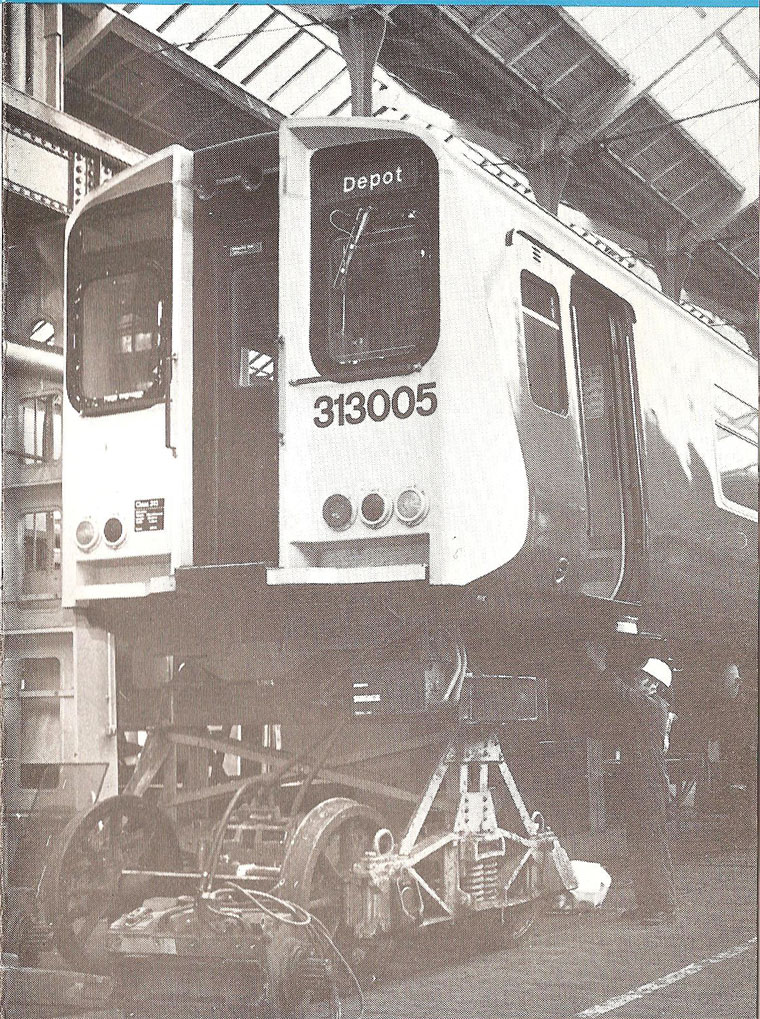 of Horwich, near Bolton in Greater Manchester

Horwich railway works was built in 1886 by the Lancashire and Yorkshire Railway when it moved from its original works at Miles Platting.

The first engine was a 2-4-2 tank engine designed by John Aspinall. This locomotive was No. 1008 which is now preserved at the National Railway Museum.

1901, the Aspinall-designed 'Atlantic' 4-4-2 express locomotive was introduced and, by 1907 Horwich produced its thousandth engine, a four cylinder compound 0-8-0.

1923 when the railway became part of the LMS, its Chief Mechanical Engineer was George Hughes who remained at Horwich.

1926 Hughes was responsible for a 2-6-0 locomotive which had an unusual appearance for the time, which became known as the "Horwich Crab." It was extremely successful - about 245 were built, and many lasted into the 1960s. Three of the four future Chief Mechanical Engineers of the post-grouping railways learned their craft at Horwich: Nigel Gresley, Henry Fowler and Richard Maunsell, as well as Alliott Verdon-Roe who went on to found the A. V. Roe and Co aeroplane company.

1957 The last steam engine was built at Horwich but it continued as a works for other rolling stock up to 1983. Even that was not the end of the story because the foundry and the spring shop continued after this date, though this resulted in the work force being reduced from 1,400 to 300.

1988 In this form it was sold by BREL to the Parkfield Group. The rail connection was finally removed in 1989.

The site is now an industrial estate, appropriately named "Horwich Loco", but at least most of the buildings are still in use.