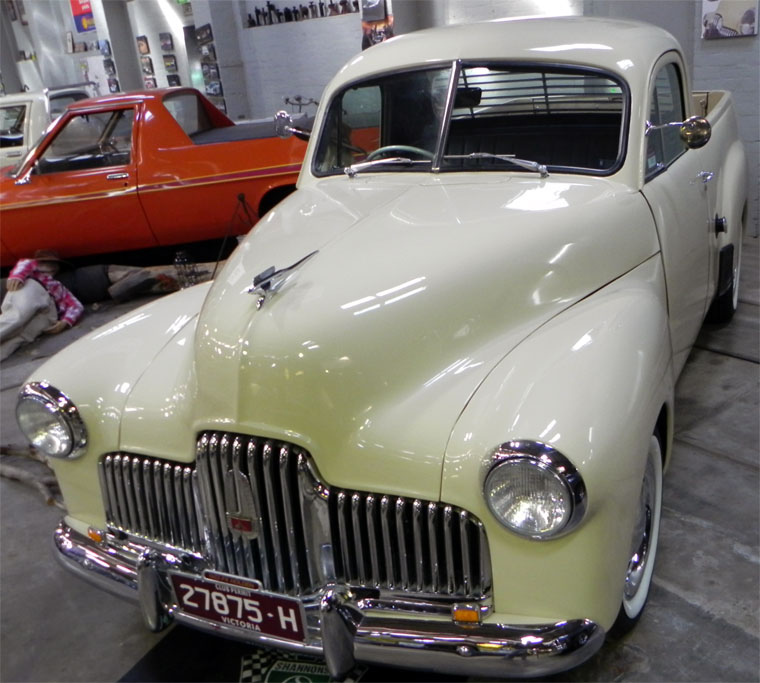 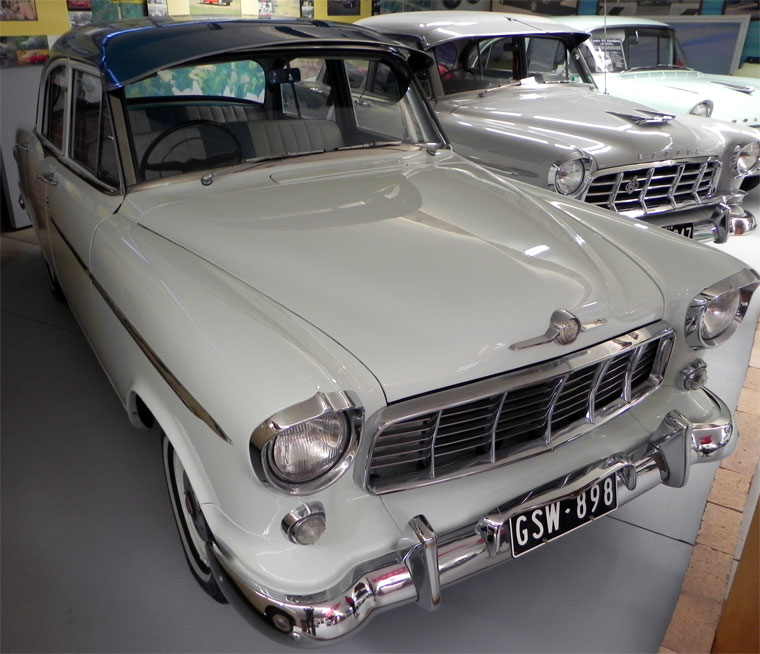 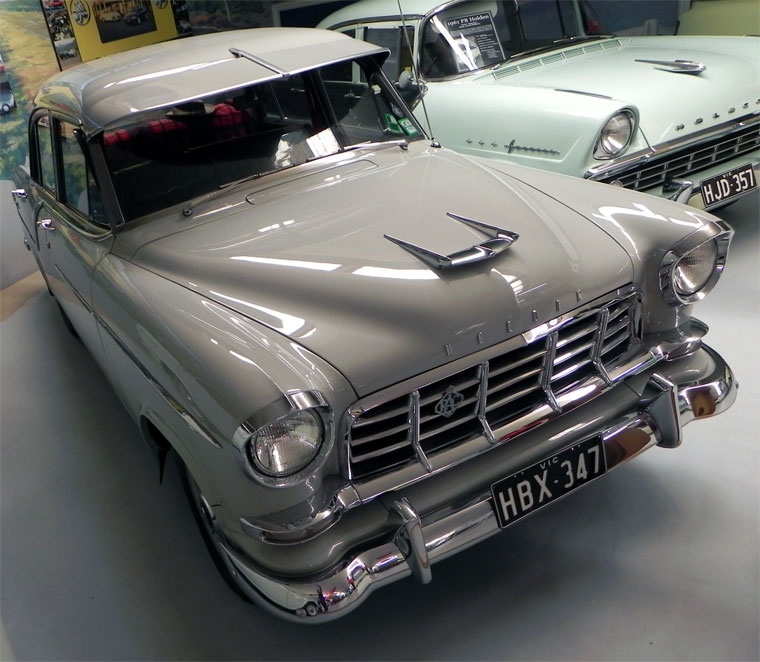 1856 Established J. A. Holden & Co, a saddlery business in Adelaide.

1885 German-born Henry Frederick Frost joined the business as a junior partner and J. A. Holden and Co became Holden and Frost.

1905 Edward Holden, James' grandson, joined the firm with an interest in automobiles. From there, the firm evolved through various partnerships and, in 1908, Holden and Frost moved into the business of minor repairs to car upholstery.

1913 The company began to produce complete motorcycle sidecar bodies, and Edward experimented with fitting bodies to different types of carriages.

By 1923, HMBB were producing 12,000 units per year. During this time, HMBB was the first company to assemble bodies for Ford Australia until their Geelong, plant was completed.

From 1924, HMBB became the exclusive supplier of car bodies for GM in Australia, with manufacturing taking place at the new Woodville, South Australia plant. These bodies were made to suit a number of chassis imported from manufacturers such as Chevrolet and Dodge.

The Great Depression led to a substantial downturn in production by Holden, from 34,000 units annually in 1930 to just 1,651 units one year later.

1931 General Motors purchased Holden Motor Body Builders and merged it with General Motors (Australia) Pty Ltd to form General Motors-Holden's Ltd (GM-H). Throughout the 1920s Holden also supplied tramcars to Melbourne and Metropolitan Tramways Board. Several have been preserved in both Australia and New Zealand.

World War II delayed car production with efforts shifted to the construction of vehicle bodies, field guns, aircraft and engines. Before the war ended, the Australian Government took steps to encourage an Australian automotive industry. Both GM and Ford provided studies to the Australian Government outlining the production of the first Australian-designed car. Ford's proposal was the government's first choice, but required substantial financial assistance. GM's study was ultimately chosen because of its low level of government intervention.

After the war, Holden returned to producing vehicle bodies, this time for Buick, Chevrolet, Pontiac and Vauxhall. The Oldsmobile Ace was also produced from 1946 to 1948.

From here, Holden continued to pursue the gaol of producing an Australian car. This involved compromise with GM, as Holden's managing director, Laurence Hartnett, favoured development of a local design, while GM preferred to see an American design as the basis for "Australia's Own Car". In the end, the design was based on a previously rejected post-war Chevrolet proposal.

1948 The Holden was launched creating long waiting lists extending through 1949 and beyond. The name "Holden" was chosen in honour of Sir Edward Holden, the company's first chairman and grandson of J. A. Holden.

Production of both the utility and sedan continued with minor changes until 1953, when they were replaced by the facelifted FJ model, introducing a third panel van body style. The FJ was the first major change to the Holden since its 1948 introduction. Over time it gained iconic status and remains one of Australia's most recognisable automotive symbols. A new horizontally slatted grille dominated the front-end of the FJ, which received various other trim and minor mechanical revisions. In 1954 Holden began exporting the FJ to New Zealand. Although little changed from the 48-215, marketing campaigns and price cuts kept FJ sales steady until a completely redesigned model was launched.

Holden's next model, the FE, launched in 1956; offered in a new station wagon body style dubbed "Station Sedan" in the company's sales literature. In the same year Holden commenced exports to Malaya, Thailand and North Borneo. Strong sales continued in Australia, and Holden achieved a market share of more than 50 percent in 1958 with the revised FC model. This was the first Holden to be tested on the new Holden Proving Ground based in Lang Lang, Victoria.