Grace's Guide is the leading source of historical information on industry and manufacturing in Britain. This web publication contains 146,909 pages of information and 232,835 images on early companies, their products and the people who designed and built them. 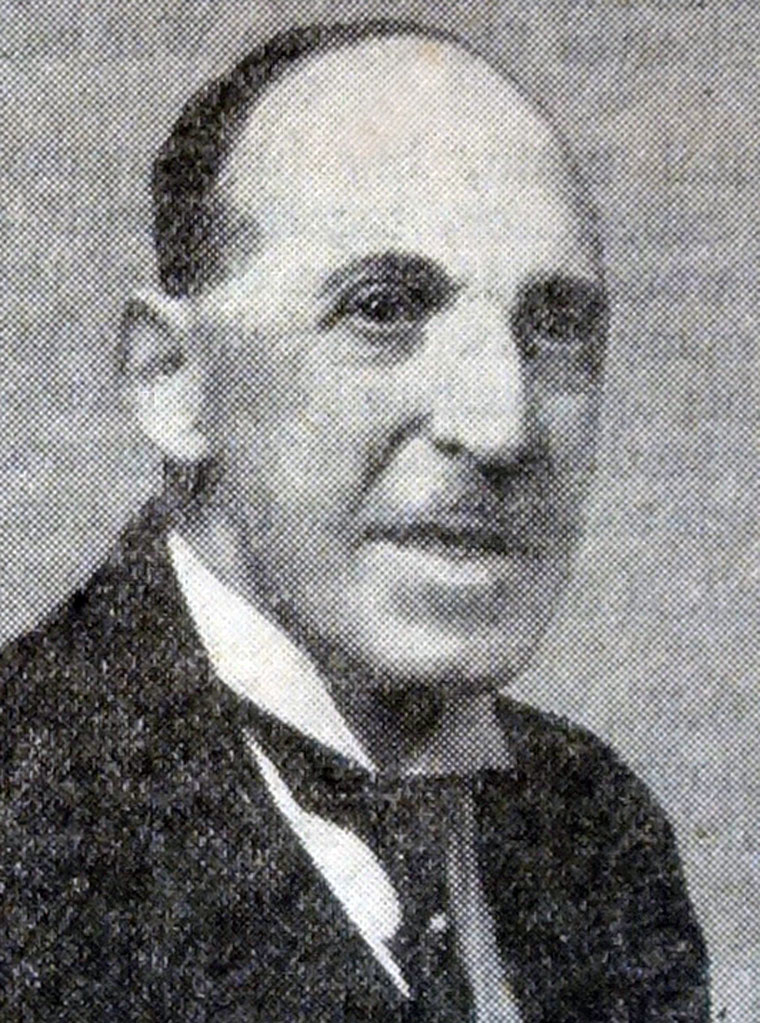 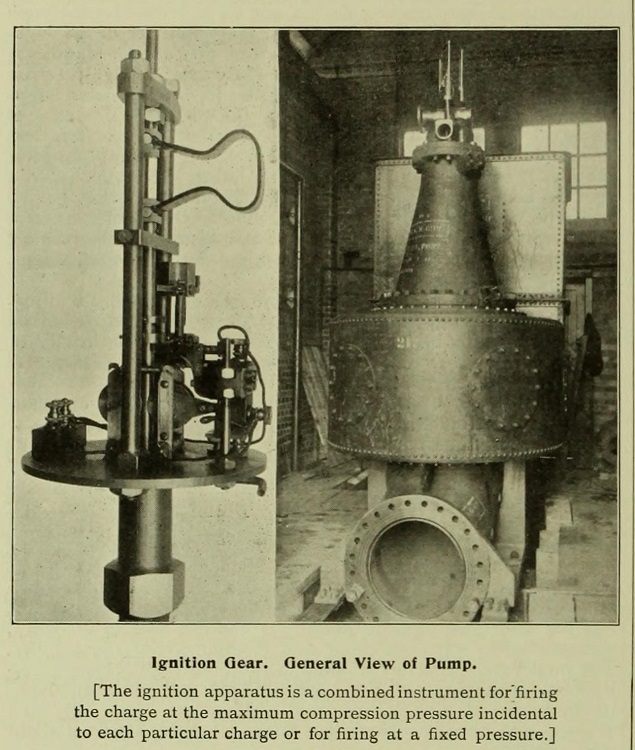 In 1901 he was Consulting Engineer to the South Staffordshire Mond Gas (Power and Heating) Co.[2]. The Company provided facilities for him to develop the Humphrey Gas Pump.

Humphrey had been a pupil of William Cawthorne Unwin, and wrote an interesting appreciation in a biography of Unwin [7]

"HERBERT ALFRED HUMPHREY, was born in London on 2nd December 1868, and was therefore eighty-two at the time of his death on 9th March 1951, at Hermanus, Cape Province, South Africa, where he was enjoying a well-earned retirement with his wife.

He commenced his technical education at the Finsbury Technical College under Professors Perry and Ayrton, and proceeded in 1885 to the Central Institution in South Kensington (now the City and Guilds Engineering College) where as one of the original five students he had the advantage of close personal contact with those great teachers Professors Unwin, Ayrton, Armstrong, and Henrici.

On leaving college Mr. Humphrey spent a short time with Messrs. Heenan and Froude in Manchester, before joining Messrs. Brunner Mond and Company, Ltd., in 1890. His ability, keenness, and freshness of outlook were quickly appreciated by Dr. Ludwig Mond, the founder of the firm, who employed him in connection with the many new processes then being developed. Encouraged by Dr. Mond, Mr. Humphrey's work at Wilmington in connection with Mond Gas Producers and large gas engines led to his setting up in practice as a consulting engineer in London in 1901, at the early age of thirty-three.

For the next thirteen years Mr. Humphrey gained an unrivalled experience of chemical and general engineering by the numerous visits he paid to plants and works in many parts of the world in connection with his professional duties; his reputation became world-wide, and his circle of friends and contacts a large one. It was during this period that Mr. Humphrey invented the Humphrey Gas Pump, and the successful installation of four large pumps at the Chingford Reservoir by the Metropolitan Water Board led to his name becoming well known in engineering circles throughout the world. In 1914 he put his wide knowledge and experience at the service of the country, and as technical adviser to the Department of Explosives Supply (a department of the Ministry of Munitions) under Lord Moulton, he played a great part in ensuring the supply of ammonium nitrate for the prosecution of the 1914-18 war.

Later in the war, while with the Munitions Inventions Department, Mr. Humphrey investigated the various known processes for the fixation of nitrogen; this resulted in the Department of Explosives Supplies starting the construction of a factory at Billingham for this purpose, using the Haber process. The end of the war halted this project, but when in 1920 the site was acquired by Messrs. Brunner Mond and Company, Ltd., for the same purpose, Mr. Humphrey was appointed as consulting engineer.

Later, on the formation of Imperial Chemical Industries, Ltd., in 1926, he became consulting engineer for the whole of the combined company, which position he held until his retirement at the end of 1931. One of the most important projects with which he dealt during these later years was the construction of the boiler and power plant at Billingham in 1928-29; at that time well in advance technically of normal central power station design in Great Britain. After his retirement Mr. Humphrey continued as a consultant to Imperial Chemical Industries, Ltd., and also gave freely of his knowledge, time, and energy, for the benefit of the various engineering institutions of which he was a member. Mr. Humphrey was also a Member of the Institution of Civil Engineers, the Institution of Electrical Engineers, and a Fellow and Vice-President of the Institute of Fuel.

He was the first Fellow of the City and Guilds Institute and later a Fellow of the Imperial College. He travelled widely and read many papers before learned societies and other bodies throughout the world. Mention may be made of a few of these: in 1900 his paper on "Power Gas and Large Gas Engines for Central Stations" gained him the Willans Gold Medal of the Institution; in 1912-13 his paper on "The Generation and Distribution of Producer Gas in South Staffordshire" was awarded the Watt Gold Medal of the Institution of Civil Engineers; in 1913 he read a paper before the Institution on the Humphrey Gas Pump; in 1930 a joint paper with Messrs. D. M. Buist and J. W. Bansall, describing the Billingham boiler and power plant, was awarded the Paris Premium of the Institution of Electrical Engineers; in 1939 Mr. Humphrey was awarded the Melchett Medal of the Institute of Fuel, his lecture dealing with "The Supply of Explosives During the War and the Early History of Billingham". Mr. Humphrey's keen analytical brain, his fundamental theoretical knowledge and wide experience, together with a capacity for hard and continued work, made him one of the world's outstanding engineers in many branches of the profession. His ability, combined with his approachability, kindness, and thoughtfulness for others, gained him the affection and respect of all those fortunate enough to have worked with him. F. H. Bramwell, B.Sc. (Eng.), M.I.Mech.E."