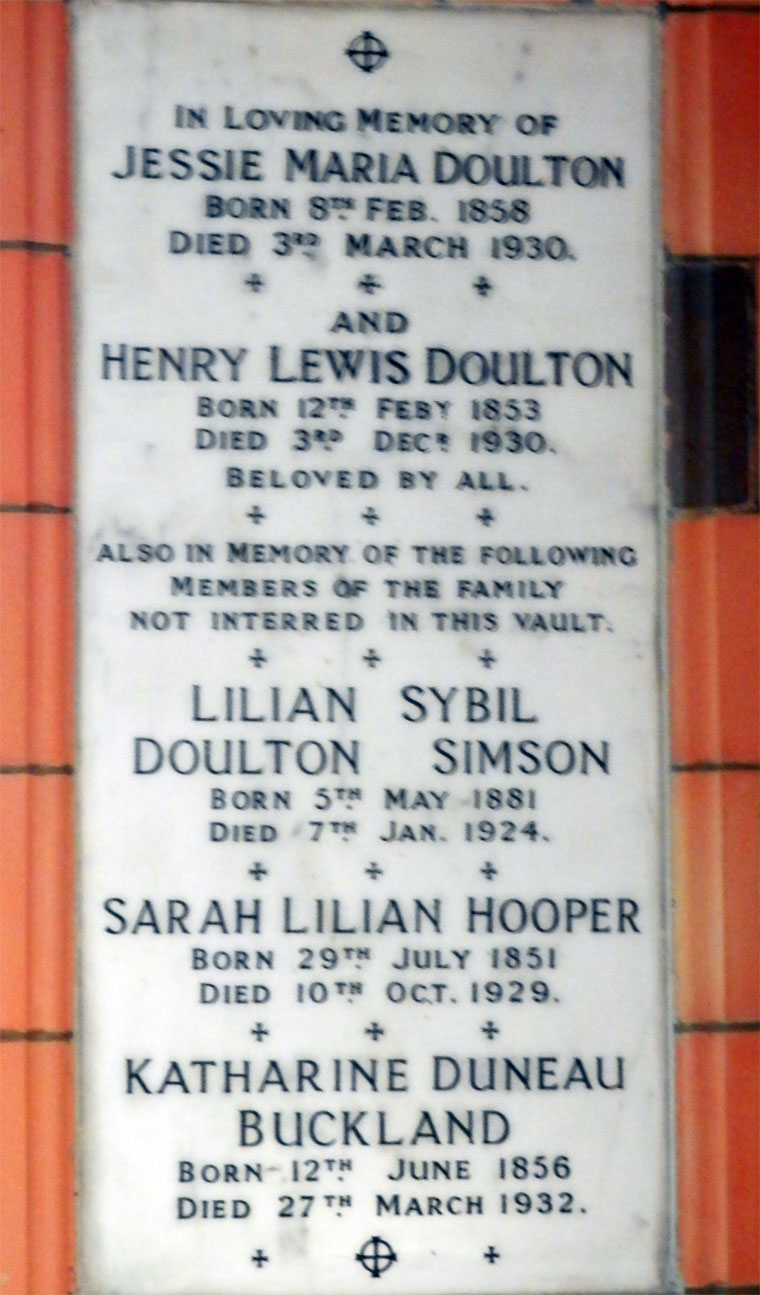 Memorial (inside) at West Norwood Cemetery.

1876 Admitted to the Freedom of the City of London

1881 Became a partner in his father's business, presumably Henry Doulton and Co

1885 A manufacturer, when he married Jessie Maria White in Wandsworth[1]

1898 Chairman and managing director of the new public company, Doulton and Co Ltd[2]

1904 Associate member of the Inst of Civil Engineers[3]