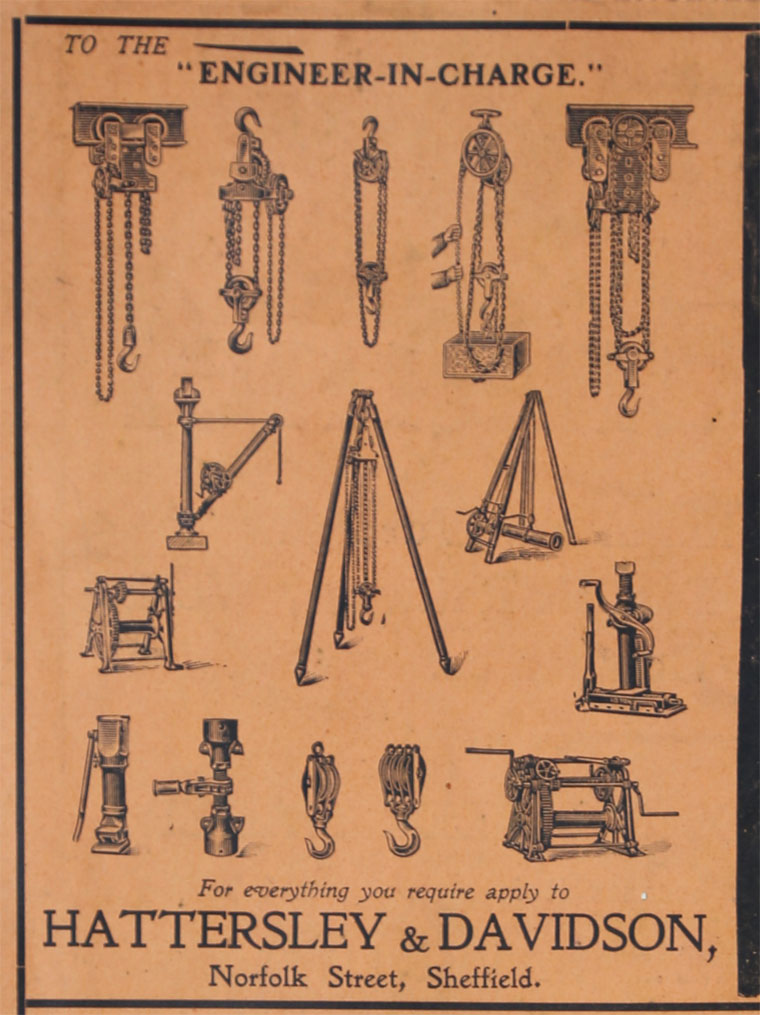 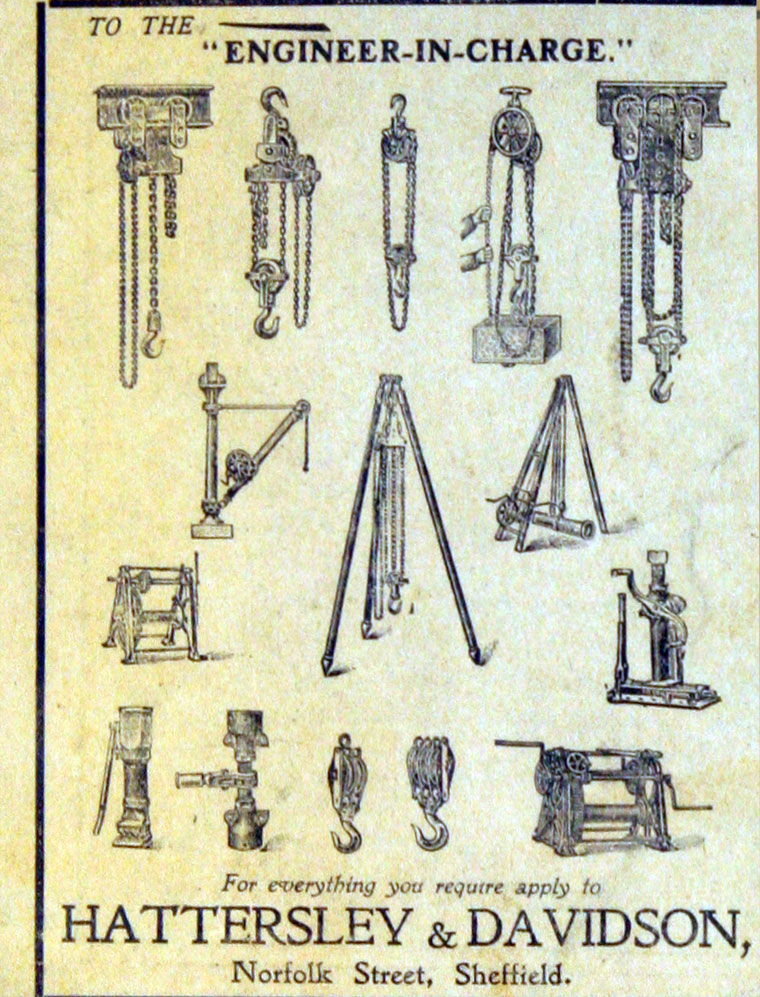 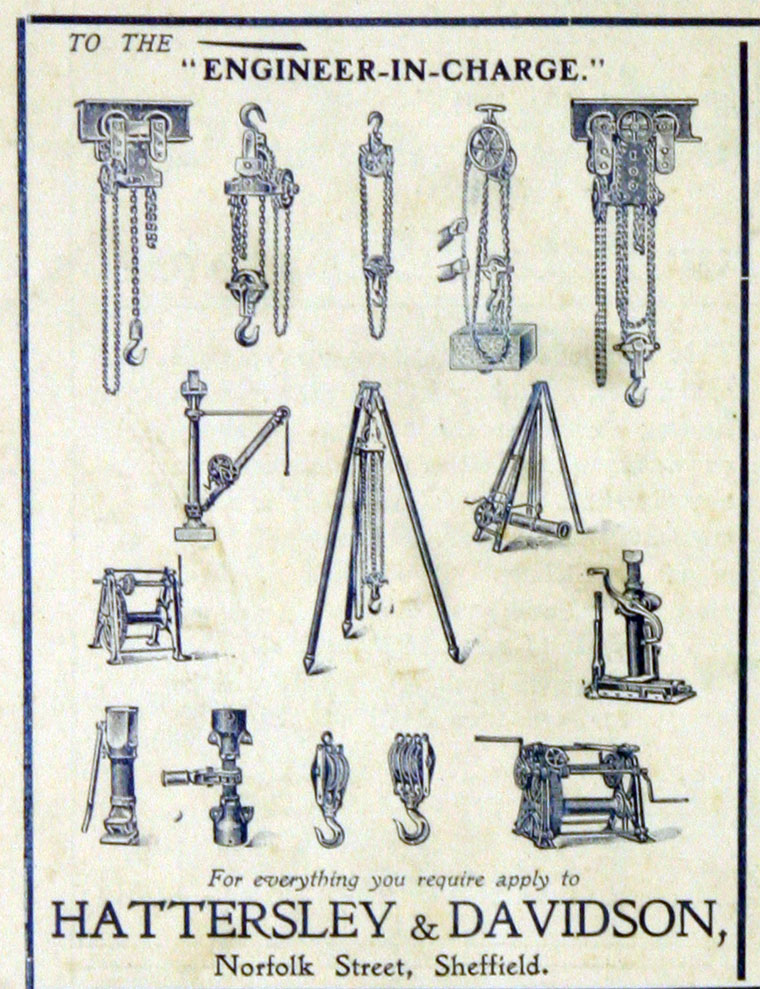 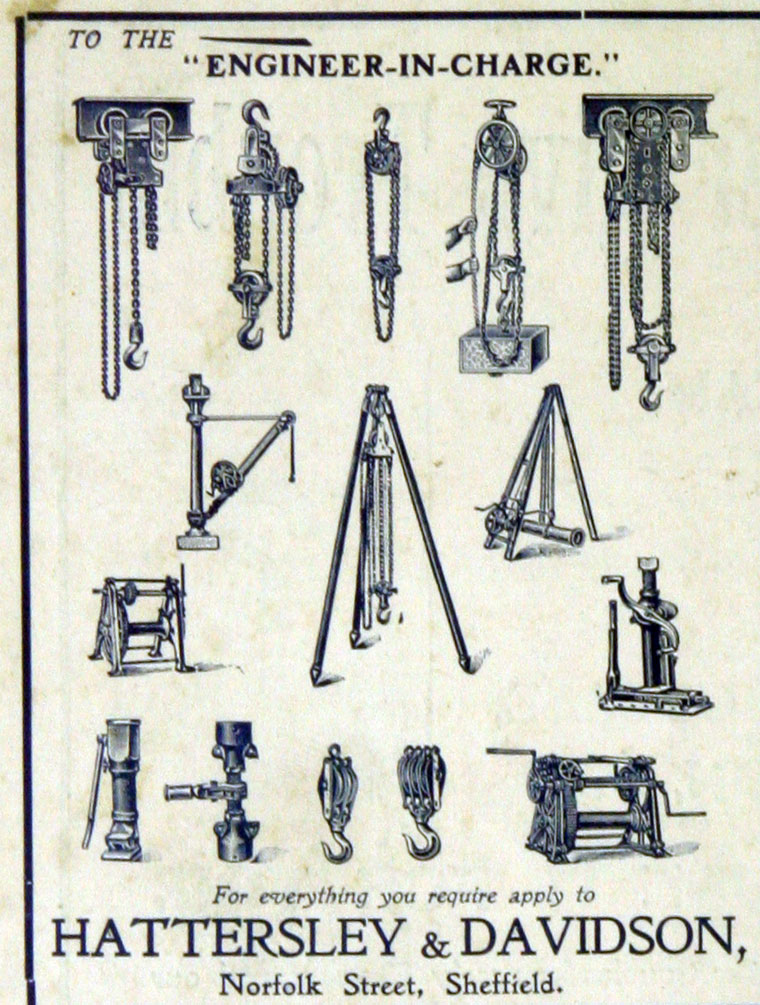 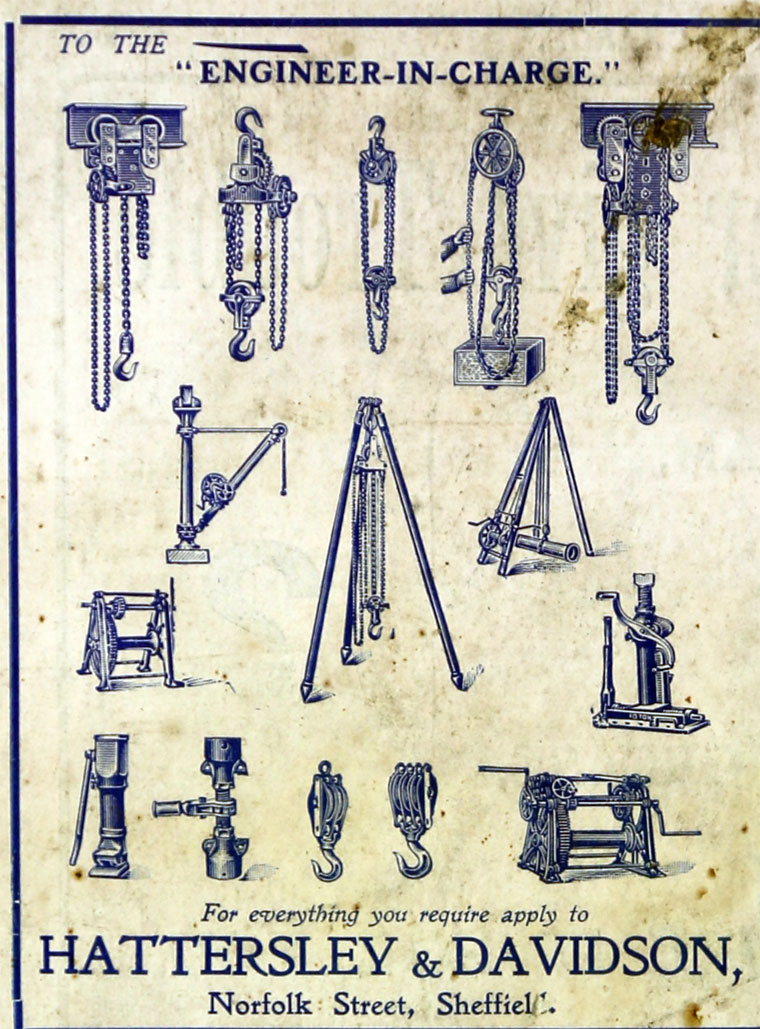 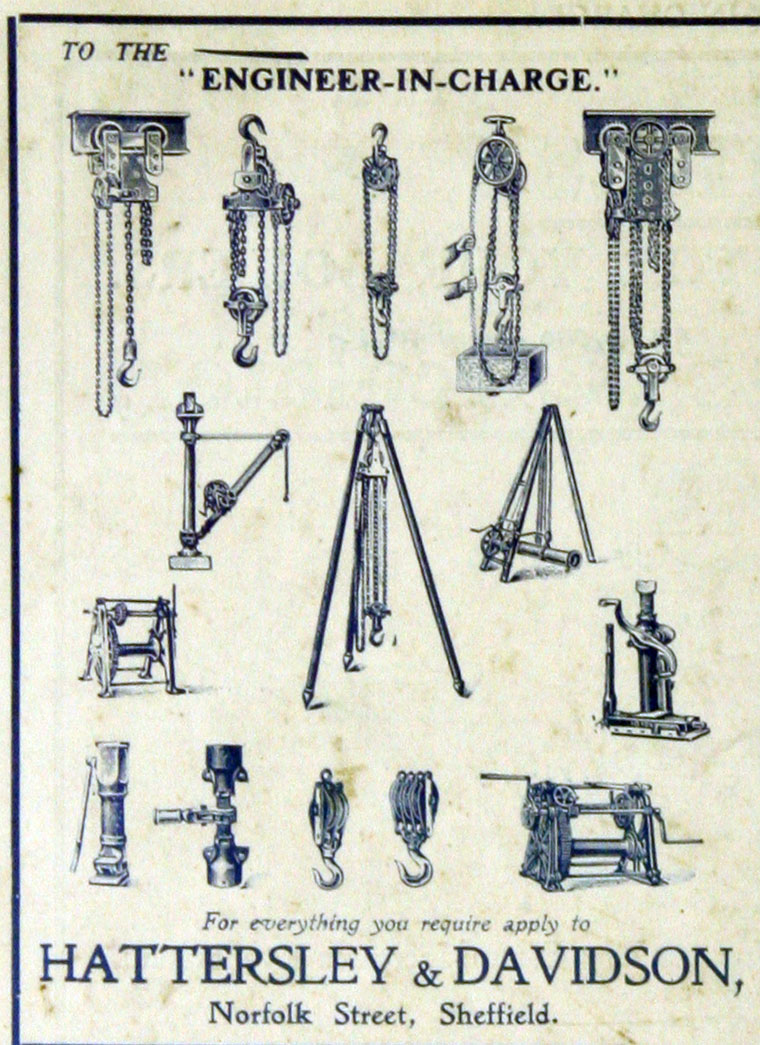 Also became known as the H. and B. Auto. Co.

1889 'A HUGE PISTON ROD. Messrs. Hattersley and Davidson, of 14, Arundel street, Sheffield, have nearly completed an order from a London firm to turnout immense piston rod, to form part of an engine which is to be placed in the Company’s Liner Timor. This piston rod, which is being made of Bessemer steel, is 17ft. 6in. in length and 8in. diameter, and is probably as large, if not larger, than the one used in the engine of the Great Eastern, whilst it is certainly one of the biggest pieces of work of this particular kind ever turned out in Sheffield. The rod is expected to be finished to-night aud will be forwarded to its destination during the week.' [1]