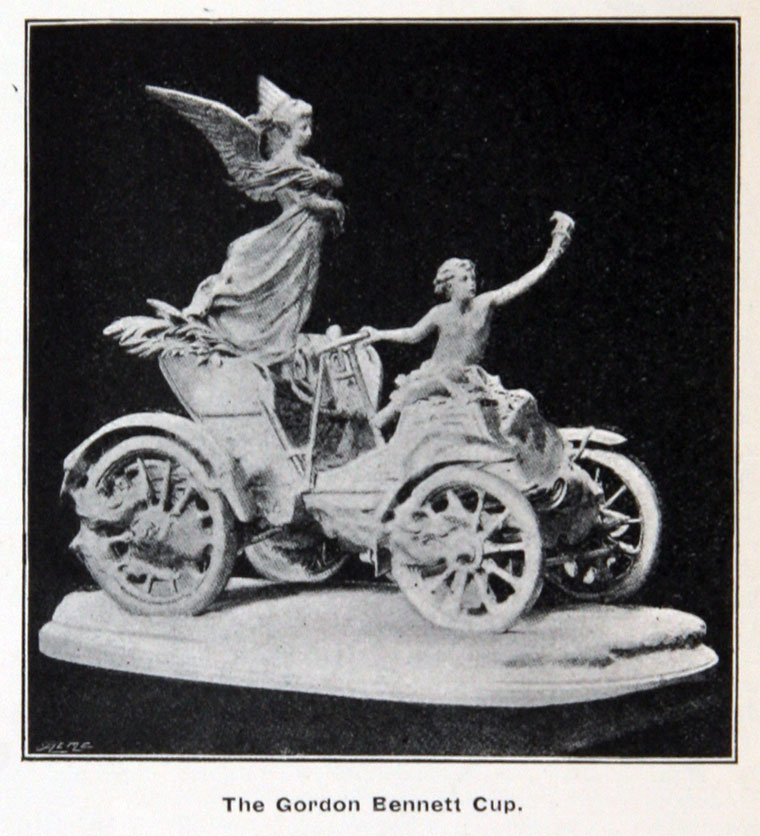 As one of three Gordon Bennett Cups established by James Gordon Bennett, Jr., millionaire owner of the New York Herald, the automobile racing award was first given in 1900 in France.

The trophy was awarded annually until 1905, after which the Automobile Club de France (ACF) held the first Grand Prix motor racing event at the Circuit de la Sarthe, in Le Mans.

Under the rules, the races were hosted in the country of the previous year's winner. As the races were between national teams, it lead to the reorganisation and standardisation of national racing colours. Reputedly as a concession to Ireland where the 1903 race was run (racing was illegal on British public roads) the British adopted shamrock green which became known as British racing green, although the winning Napier of 1902 had already worn Olive Green. Britain had to choose a different colour to its usual national colours of red, white and blue, as these had already been taken by the US, Germany and France respectively