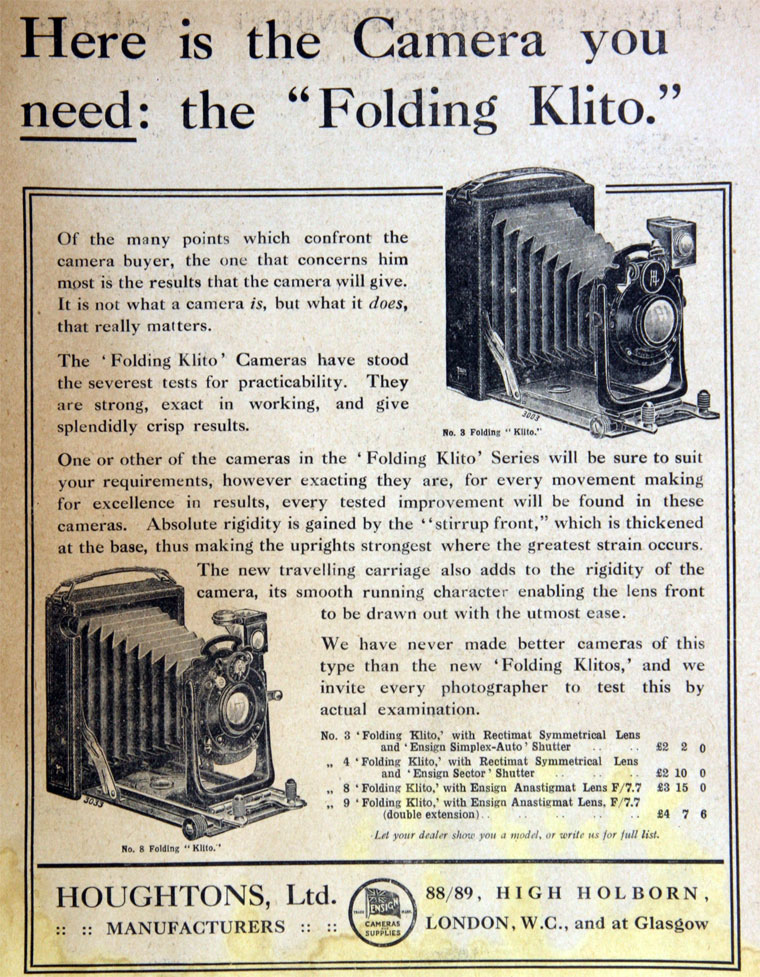 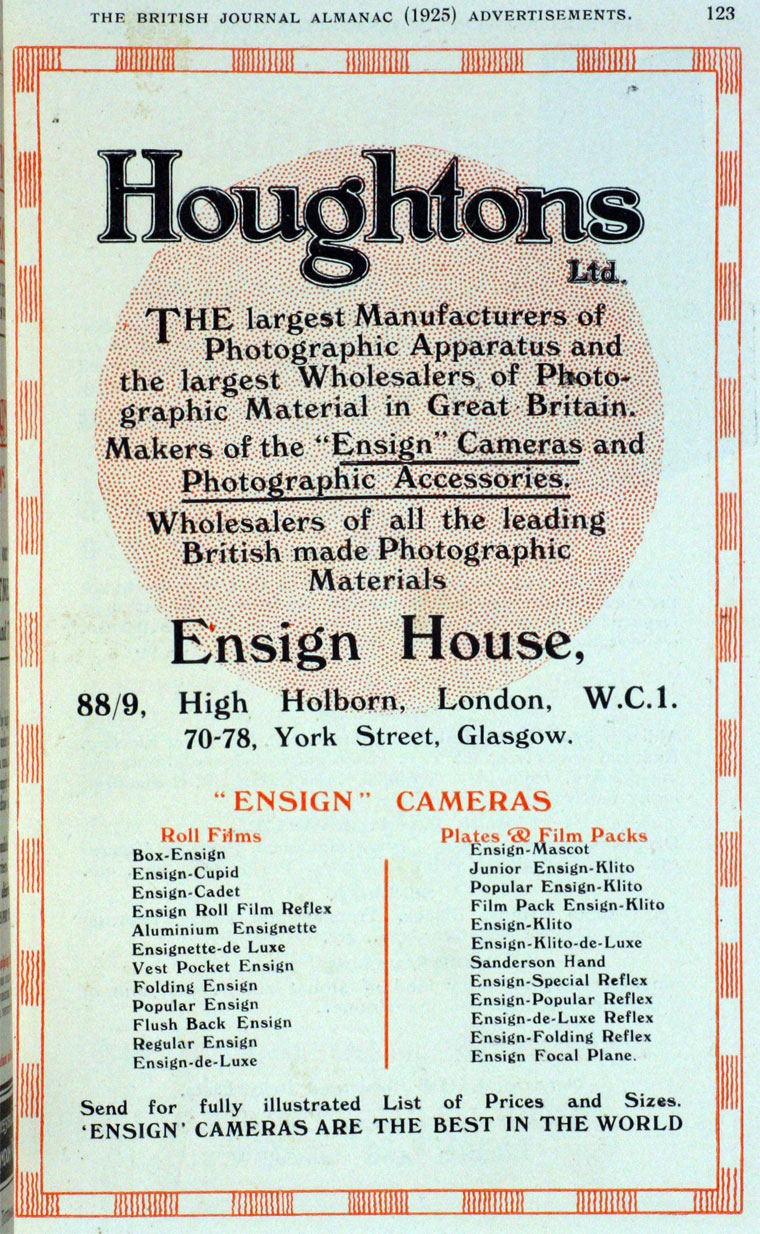 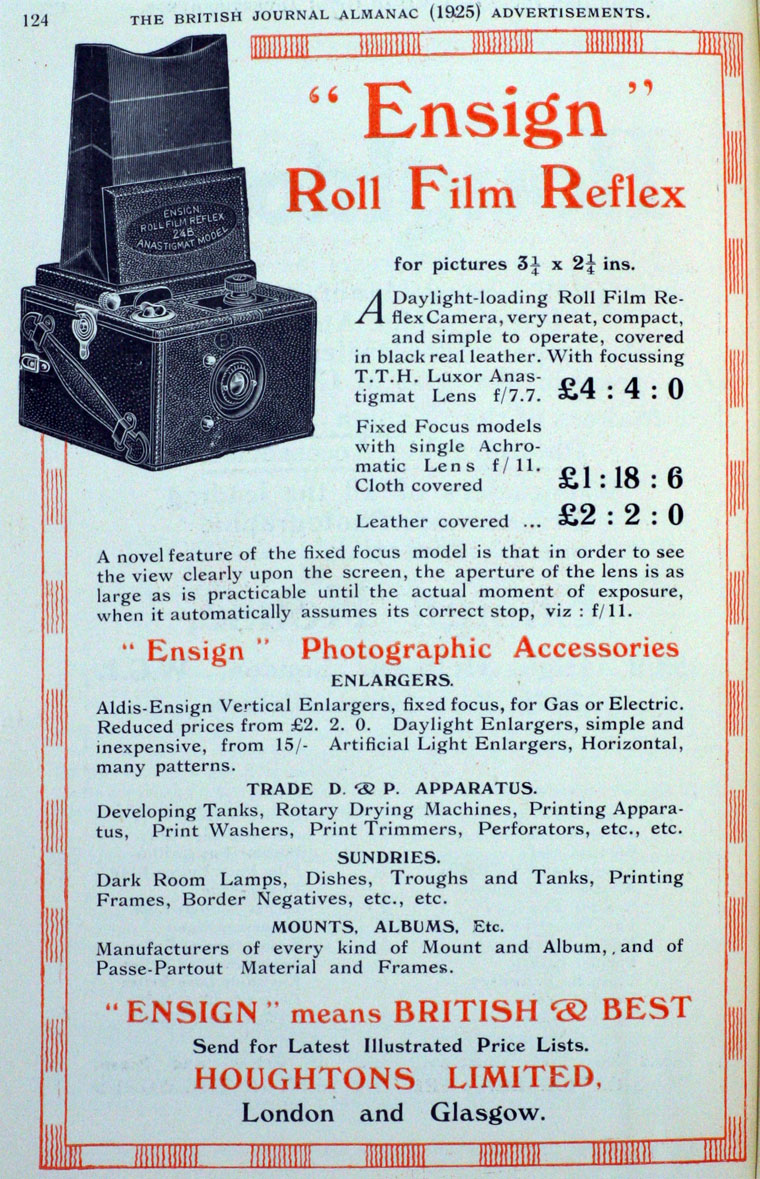 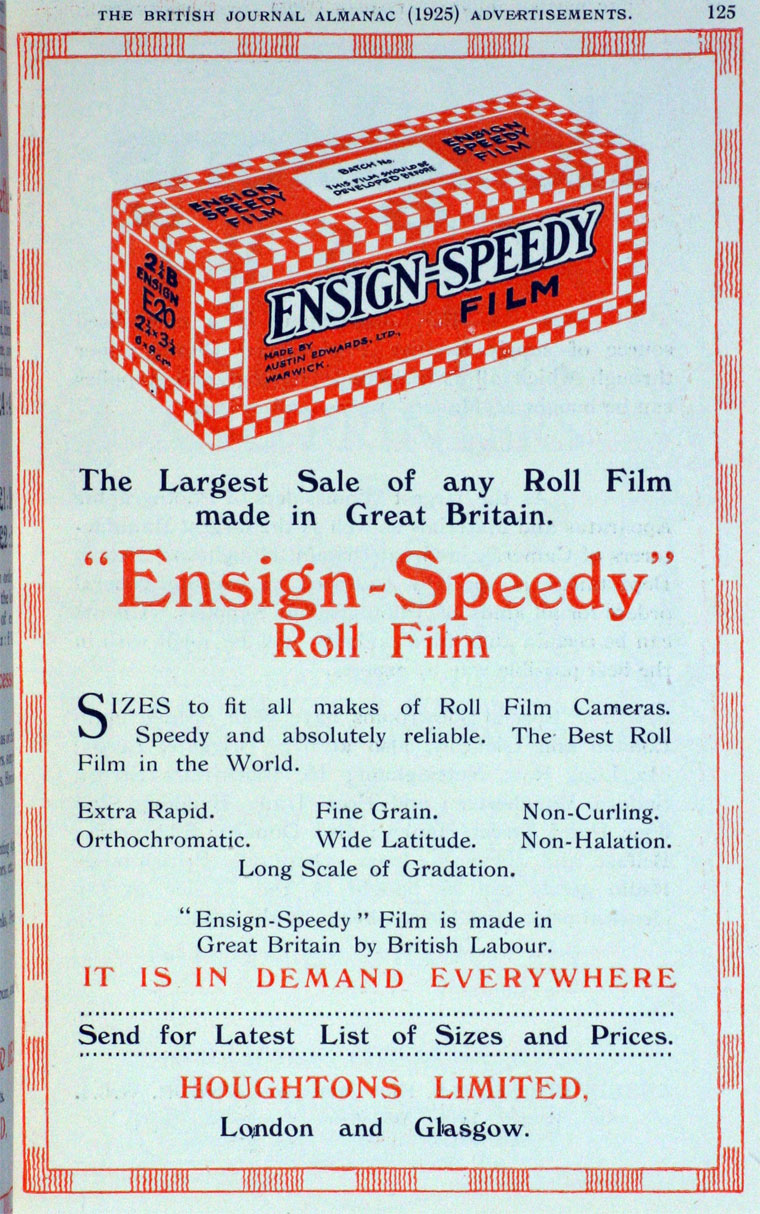 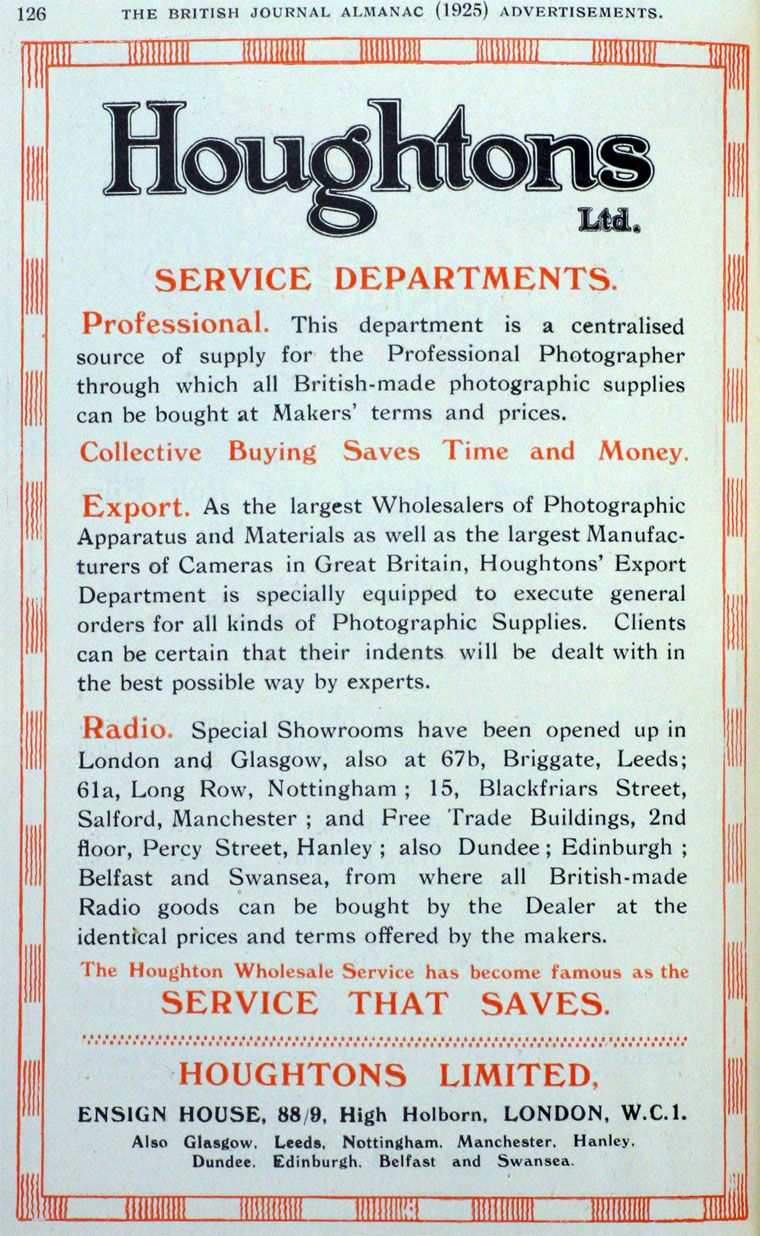 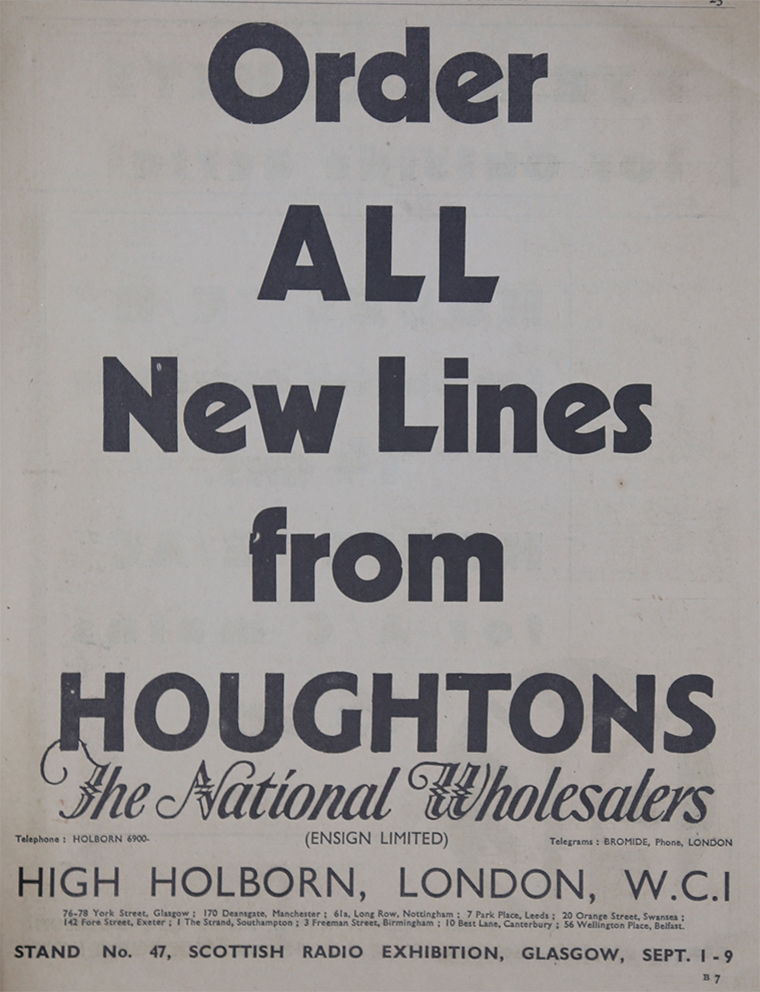 1834 George Houghton joined Antoine Claudet to manage a glass warehouse in London, under the name Claudet and Houghton.

1876 It became George Houghton and Son

1903 Production of the roll film brand Ensign began. The first Ensign logo was a shop sign with the letter "N" inside, and was replaced in 1911 by the name ENSIGN written inside the British marine flag.

1903 the company was incorporated as George Houghton and Sons Ltd

1904 absorbed Holmes Brothers, maker of the Sanderson cameras, A. C. Jackson, Spratt Brothers and Joseph Levi and Co, to form Houghtons Ltd. The new company carried on the production of the smaller companies it had absorbed.

Early 1900s the company built a factory for the production of cameras at Fulbourn Road in Walthamstow. In 1908 this was the biggest British camera factory.

1926 The two trading companies merged to form Houghton-Butcher (Gt. Britain) Ltd., which established Ensign Ltd. as a selling arm in 1930.