Difference between revisions of "George Armstrong" 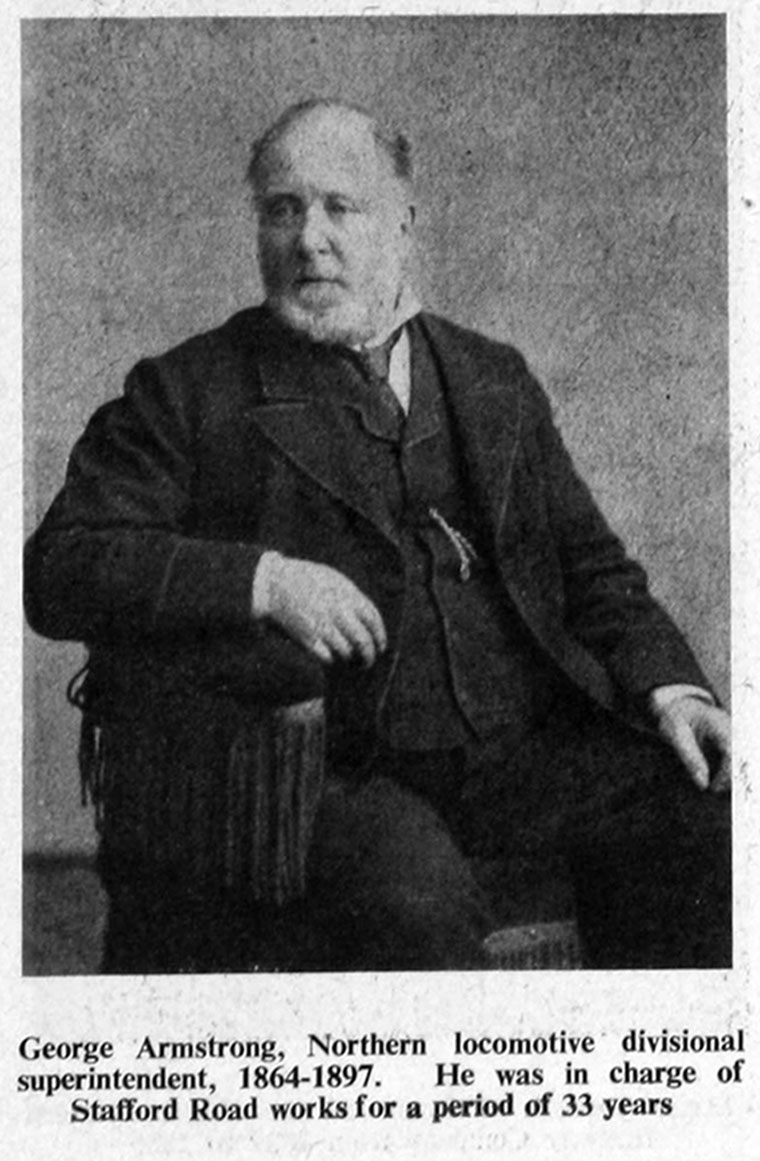 GEORGE ARMSTRONG WAS born at Bewcastle, Cumberland, on 5th April 1822.

He became district foreman at the Chester Station of the Great Western Railway, under his brother Mr. Joseph Armstrong — who was afterwards promoted to be chief locomotive and carriage superintendent.

In 1864 he was appointed locomotive and carriage superintendent of the Northern Division of the Great Western Railway, and he continued to hold that position until his retirement in 1897.

His death took place suddenly at Wolverhampton from failure of the heart on 11th July 1901, at the age of seventy-nine.

He became a Member of this Institution in 1866.