Grace's Guide is the leading source of historical information on industry and manufacturing in Britain. This web publication contains 139,007 pages of information and 225,314 images on early companies, their products and the people who designed and built them. 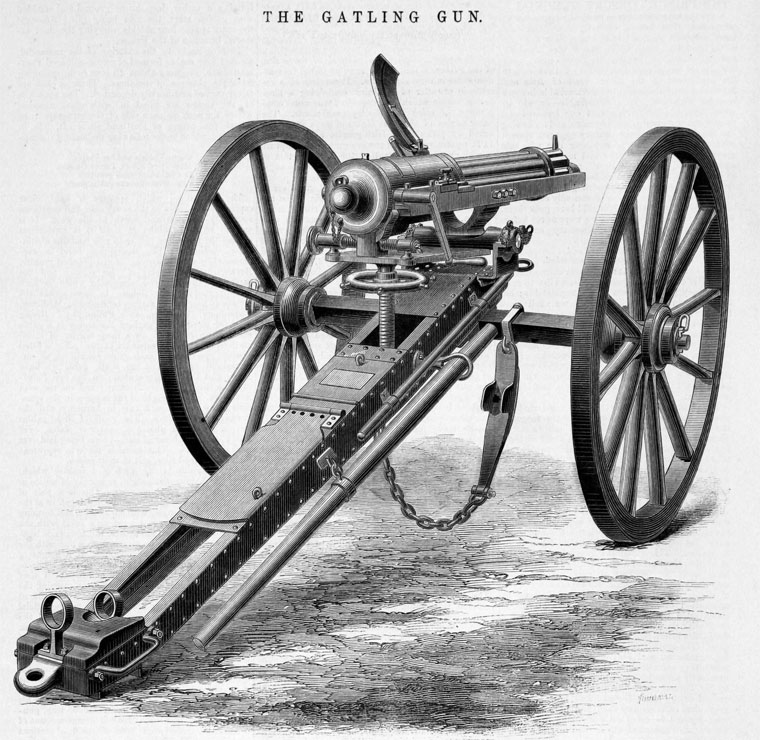 of Holford Mill, Birmingham, makers of guns and ammunition

1888 Company formed in March. Took limited liability. Acquired rights to the Gatling Gun from the US company, for the Eastern Hemisphere[1].

1888 Rumour that a new factory to make the gun would be established at Wrexham; James George Accles had been involved in making improvements to the gun over many years, demonstrated the weapon.

1888 An accident at Elswick (where the gun was manufactured) resulted in the death of one worker and injury to another; at a trial in 1890 arising from this, Mr J. G. Accles stated that he started work for the company on 30 June 1888; his servant, Mr Wright, had been paid by the company from May 1888, after he had left the employ of the American company[2].

1888 The company purchased the Holdford Mill from the liquidators of National Arms and Ammunition Co[3].

1889 The Mill had been refitted and workers employed; Mr J. Accles was constructing engineer-in-charge; Mr Accles had made various improvements to the gun over the years[4]. The gun was manufactured for the company by Messrs Armstrong, Mitchell and Co at Elswick Works[5].

1890 Petition to wind up the company because of its debts[7]. The liquidator kept the business going with further loans from the bank[8].

1891 Grenfell and Accles acquired the company[9].

1892 An improved version of the Gatling Gun was displayed at the Birmingham and Midland Institute by Messrs Grenfell and Accles of Perry Barr[10].