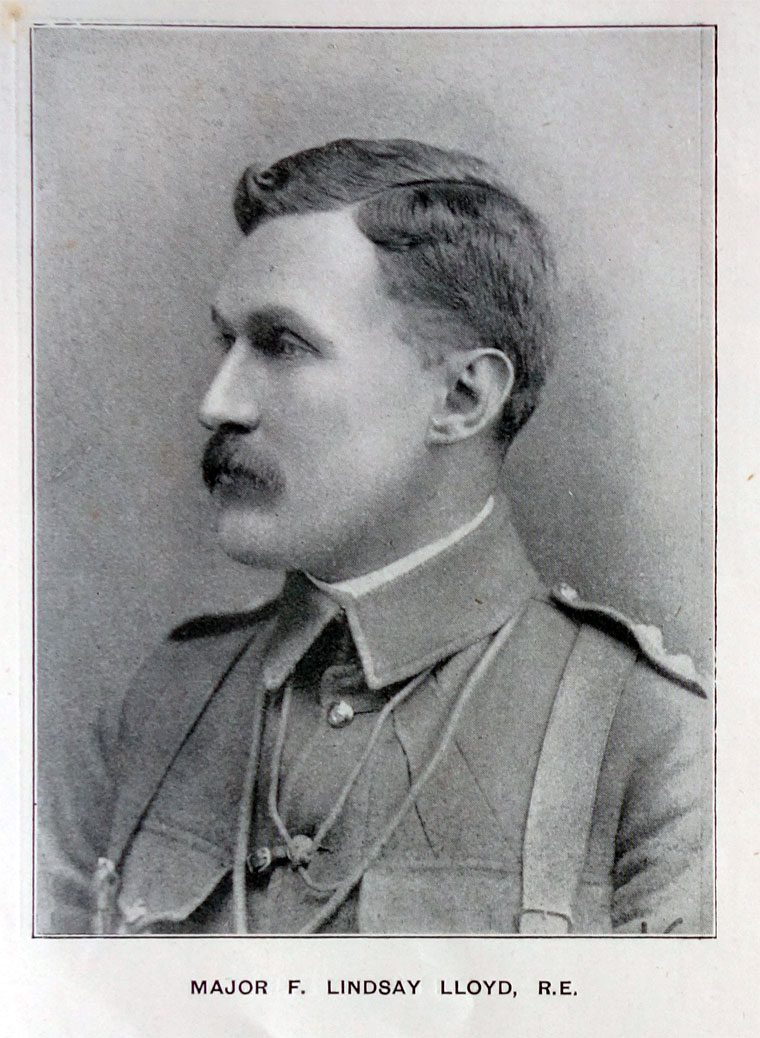 1904 LLOYD, Major F. Lindsay, R.E., 44, Avenue Mansions, Finchley Road, London, N.W. Is secretary of the War Office Committee on mechanical transport, and has interested himself very largely in inquiring into the possibilities of the application of all forms of mechanical transport for military purposes. Hobbies: Yachting, yacht racing, shooting, fishing and golf. Clubs: United Service, Royal Western Yacht and A.C.G.B. & I. (Committee). [1]

LLOYD, MAJOR F. LINDSAY, R.E.- Born on November 26th, 1866, and educated at Clifton, Major F. Lindsay Lloyd, of the corps of Royal Engineers, first began his military career at the Royal Military Academy at Woolwich. Amongst his principal pursuits and pastimes are yachting, yacht racing, shooting, fishing, and golf. It is but natural that being fond of outdoor life away from the crowds of towns, automobilism has found a devotee in Major Lloyd, which he started in 1901. As he himself puts it, his great pleasure therein is "driving other people's cars."