c1900s. Mining machinery at Britannia Copper Mine ruins on the foothills of Snowdon, North Wales. 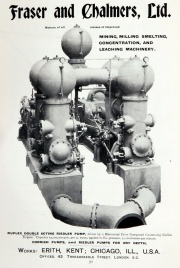 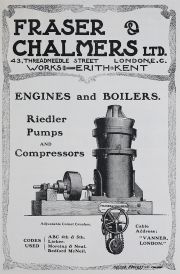 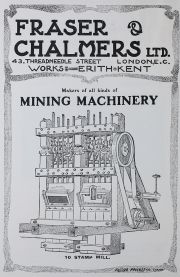 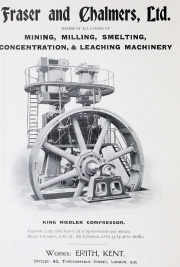 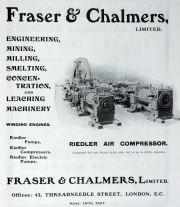 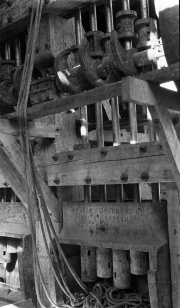 1919. Stone Crushing Plant installed at the Pulacayo Silver Mine, Bolivia. 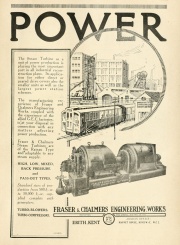 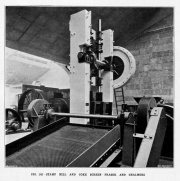 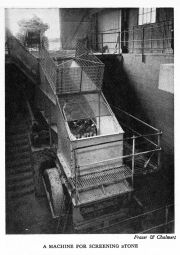 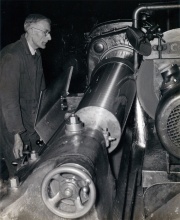 Charles Sayers spent his entire working life at Fraser & Chalmers, starting as an apprentice fitter and turner sometime before WW1. Here he is working on a Churchill cylindrical grinder which works on the same principle as a lathe, but with a very sophisticated and expensive grinding appendage instead of a simple carriage and toolholder.

1872. Founded by Thomas Chalmers in Chicago.

1890. Directed by William James Chalmers, (Thomas' son), it expanded its manufacturing to England and its sales worldwide. The company employed about 1,000 workers at its Chicago plant and had become one of the world's largest manufacturers of mining equipment. [2]

1890 The company was registered on 7 January, to acquire the entire capital, shares and bonds, of an American company, to whom the business of manufacturers of mining and other machinery of the firm of Fraser and Chalmers had been transferred, and also to extend the business by the erection of works in England. [3]

1901 The American business at Chicago was disposed of and (along with the Gates Iron Works of Chicago) merged with Edward P. Allis and Co of Milwaukee, to form Allis-Chalmers Co. [6]

1918 After WW1, the turbine business was acquired by GEC. Practically all the staff transferred their services to the GEC, and carried on the business under the title of Fraser and Chalmers Engineering Works Proprietors The General Electric Company Ltd.[9]

Makers of the Bettington water tube boiler for atomized fuel[10]

1959 Image. A Magnetic Separator of cross belt configuration, manufactured by the Fraser and Chalmers Engineering works, Erith, of the General Electric Co.