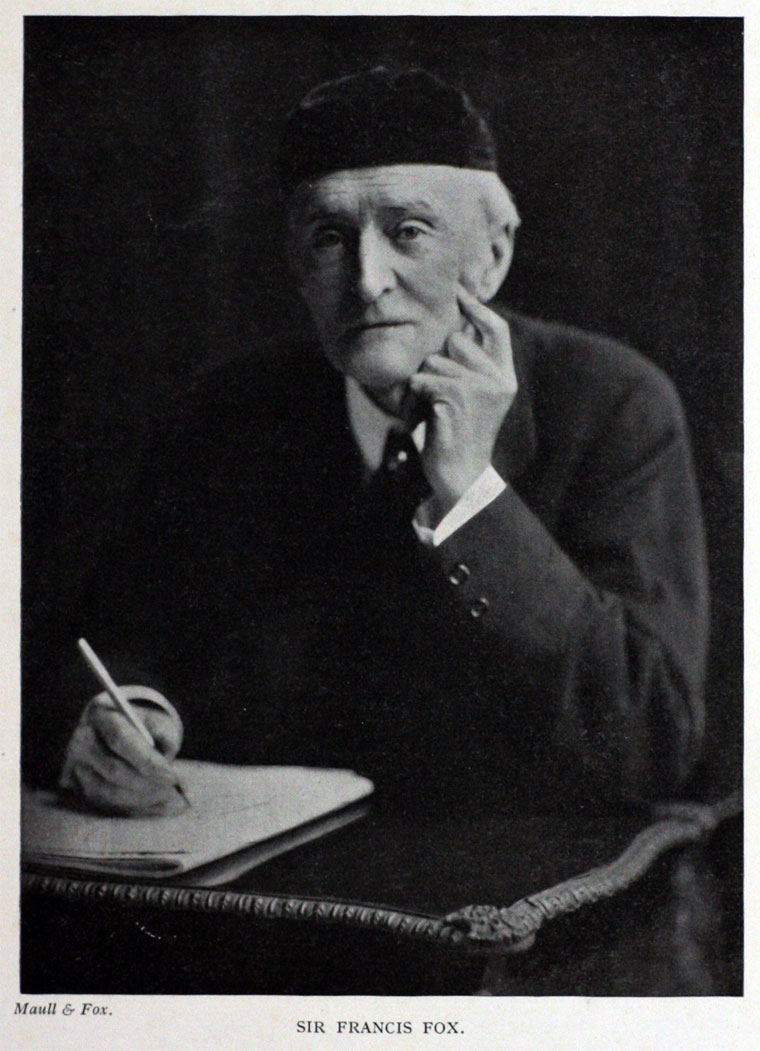 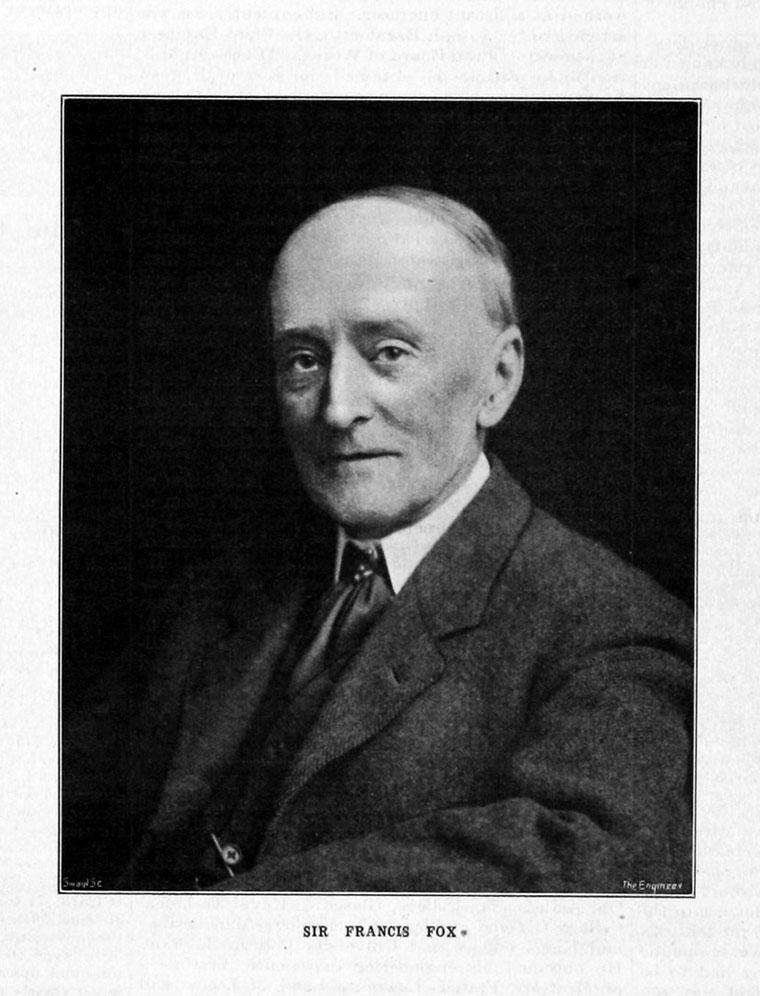 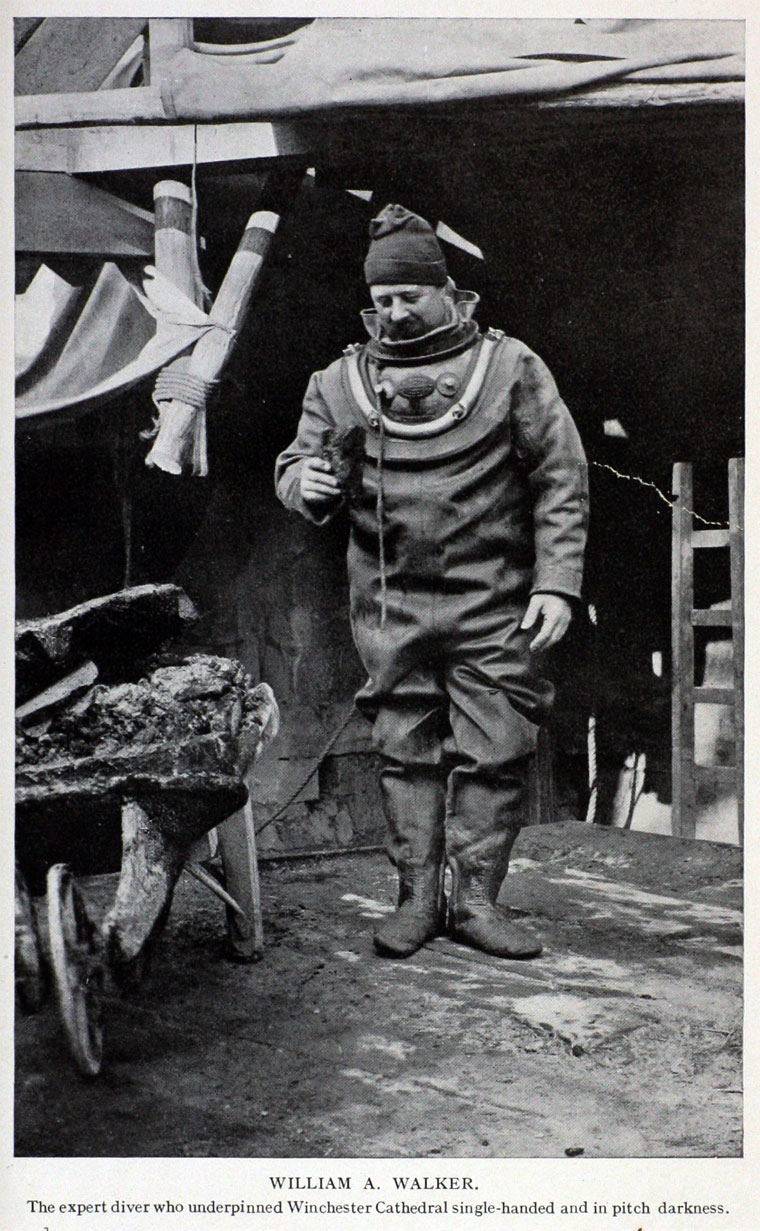 William A. Walker, the diver who worked under Winchester Cathedral.

Sir Francis Fox (1844-1927) was an English civil engineer, who was responsible for the bridges over the Victoria Falls of the Zambesi and Sydney Harbour, the Mersey Railway Tunnel and the Liverpool Overhead Railway, and extending the London Underground.

1844 Born in Derby, England, he was one of three sons of the noted engineer and contractor Charles Fox.

In 1857 he entered into business with his father and his brother Charles Douglas, and in 1860 the three formed a partnership, the firm being known as Sir Charles Fox and Sons.

Fox also assisted in the shoring up of several great cathedrals including St Paul's Cathedral and Winchester Cathedral in 1905, where he employed tie rods and grouting to bind the walls together.

'The engineering profession has lost a very eminent member by the death of Sir Francis Fox, which took place on Friday last at his home at Wimbledon.

Francis Fox, who was the son of the late Sir Charles Fox, was born in 1844, an was therefore in his eighty-third year at the time of his death.'