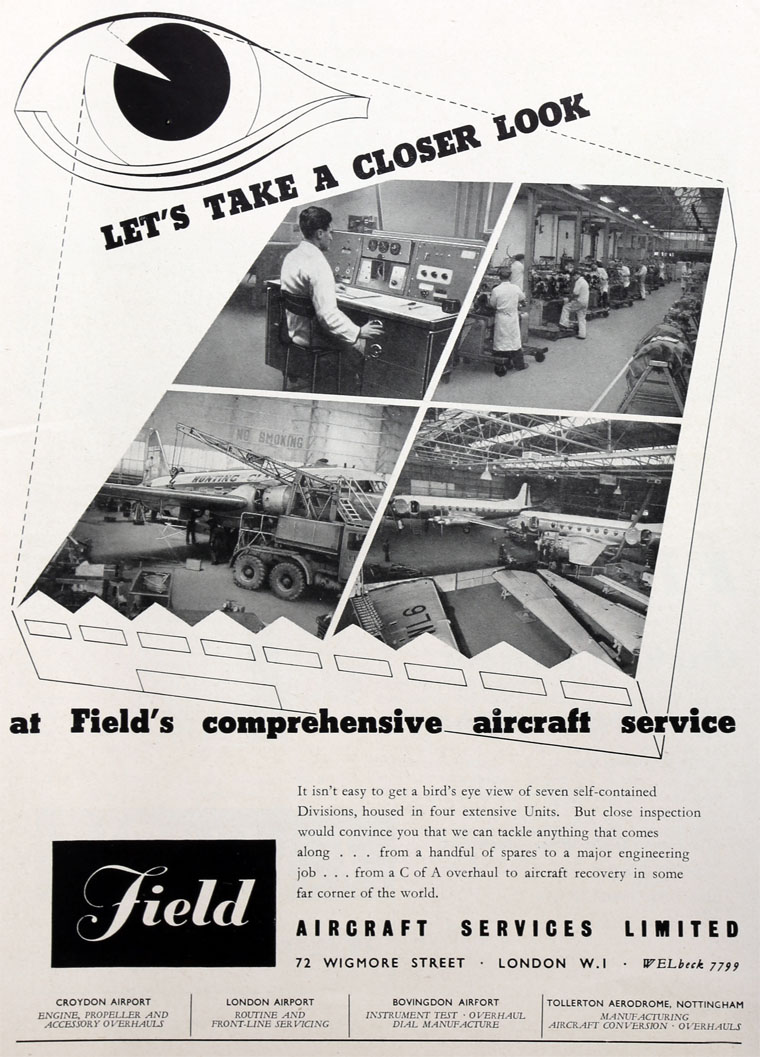 Aeronautical engineers, of Croydon and of 72 Wigmore Street, London W.1

1938 Hunting acquired a minority shareholding in Rollasons and increased its stake to a majority in 1939.

WWII Manufactured airframe components for a variety of military aircraft at Croydon and at a new factory in Llanberis in North Wales.

By 1953 the company was the aircraft maintenance unit of Hunting Group; carried out work for Hunting Air Travel and external customers[1]

1953 Hunting-Clan Air Holdings Ltd formed as a JV between Hunting and Clan Line; it took over Hunting Air Transport Ltd and Field Aircraft Services Ltd, which had its headquarters at Croydon[2]