Difference between revisions of "Ferranti: Transformers" 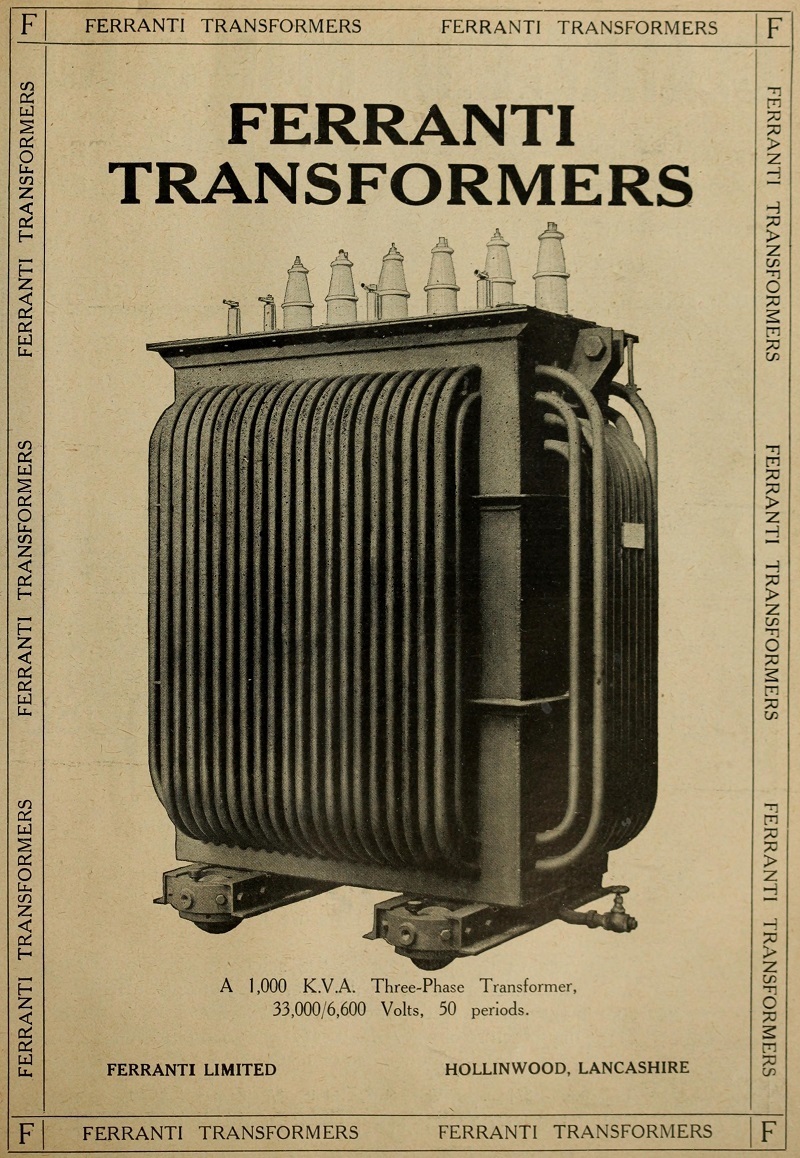 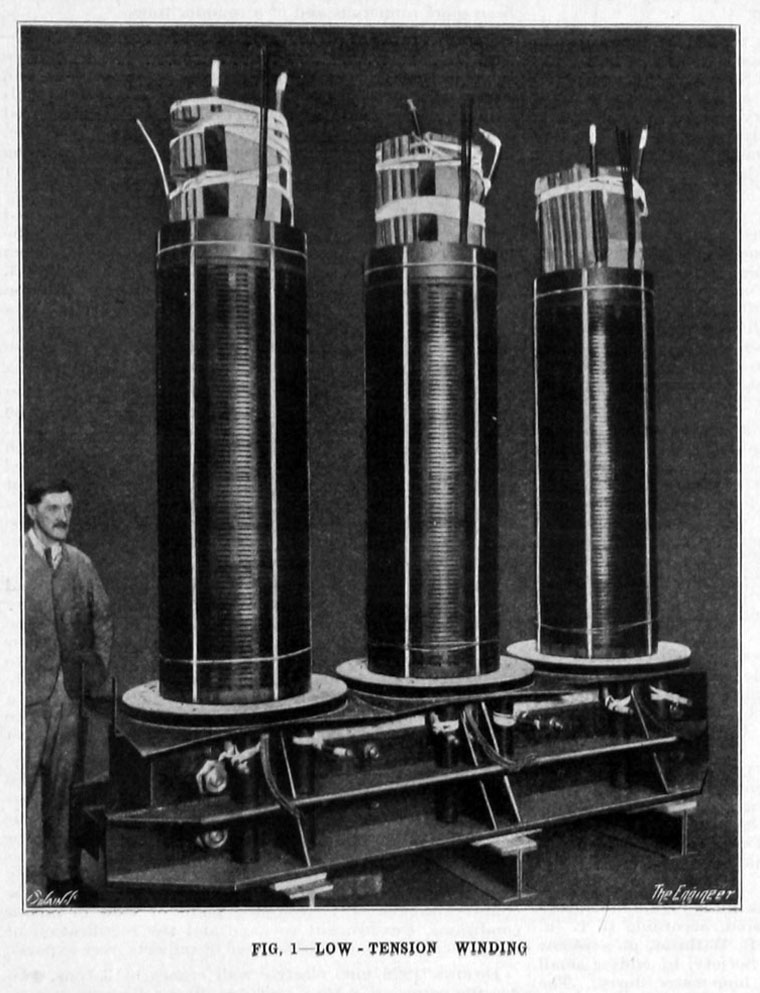 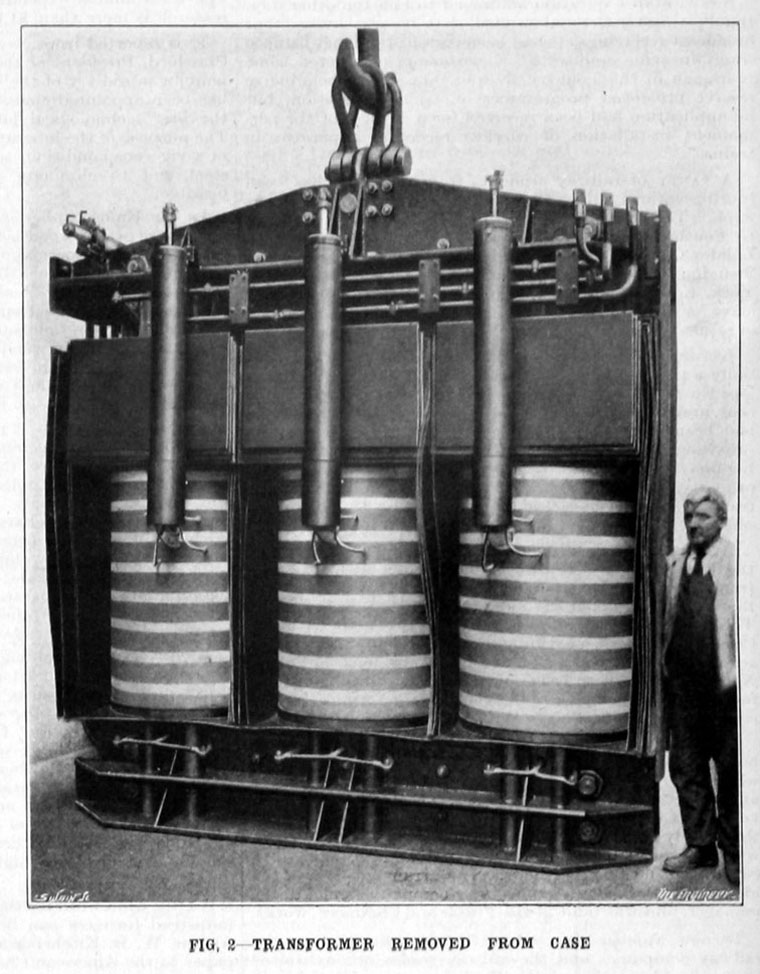 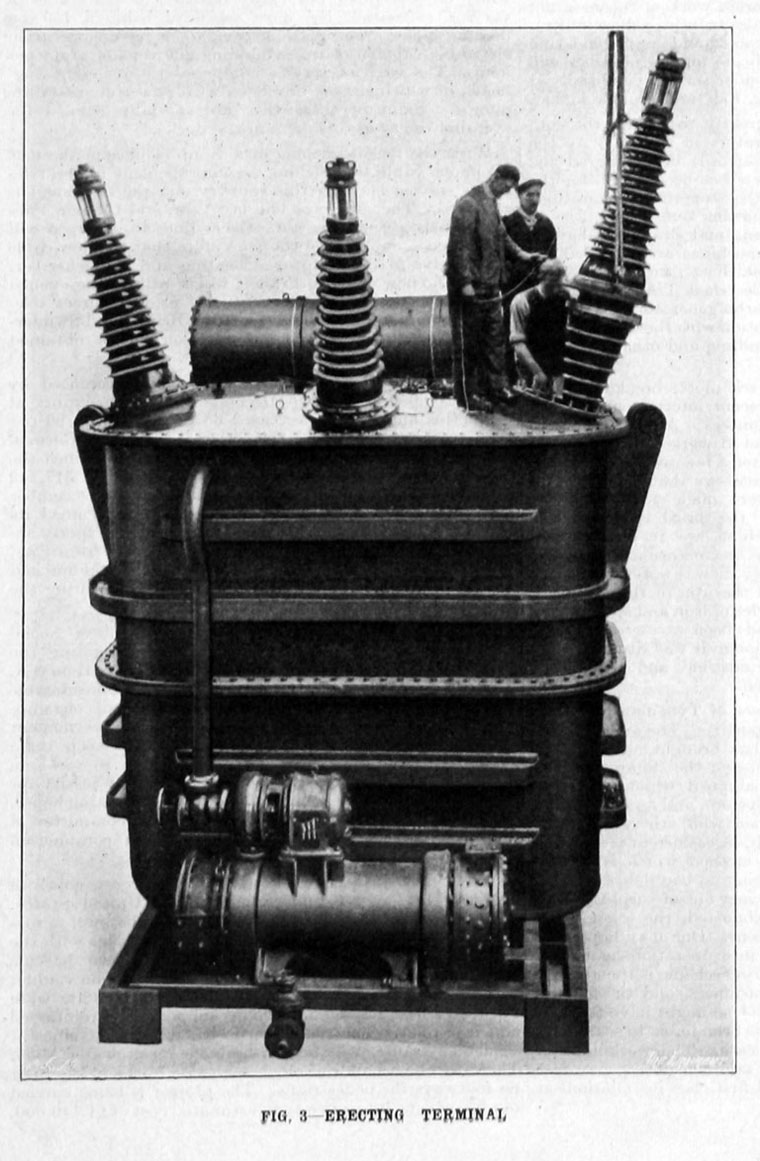 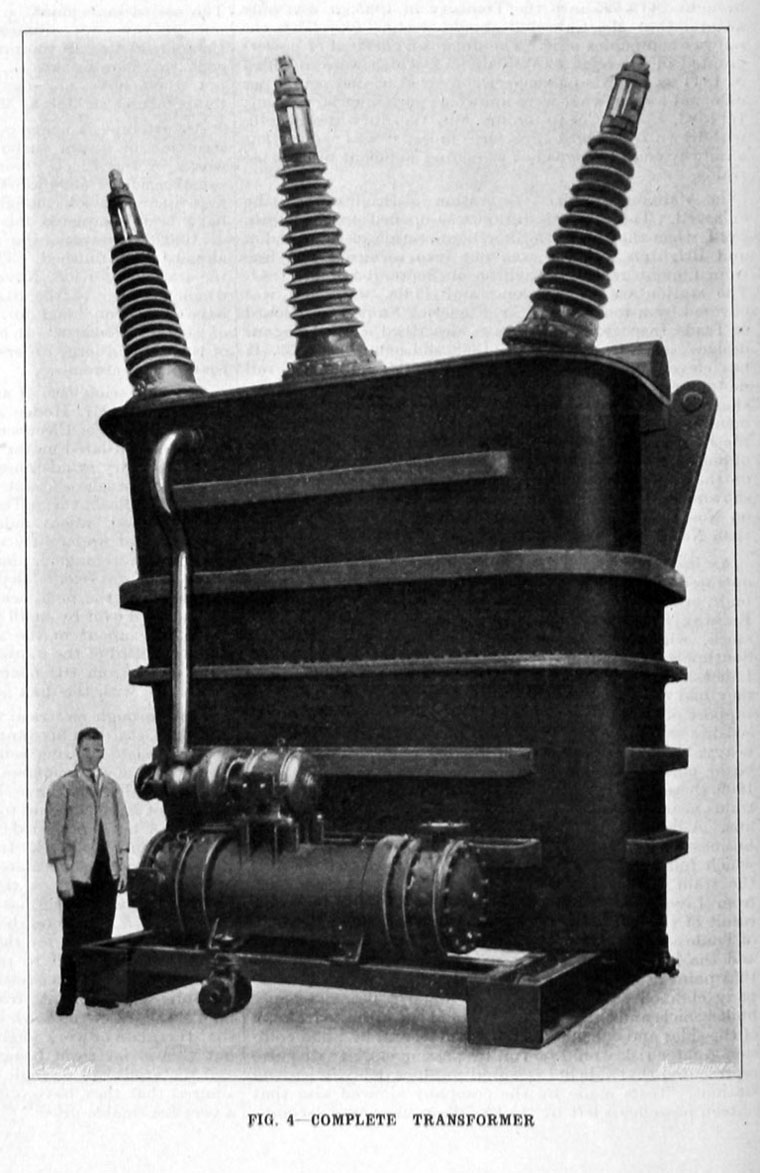 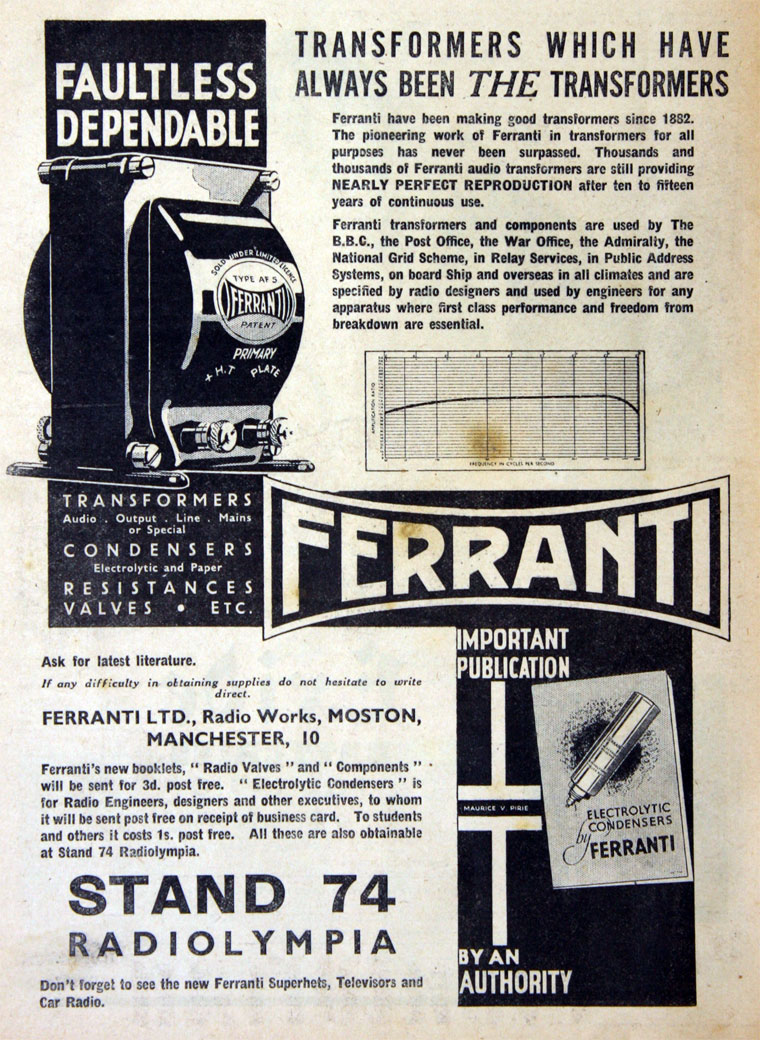 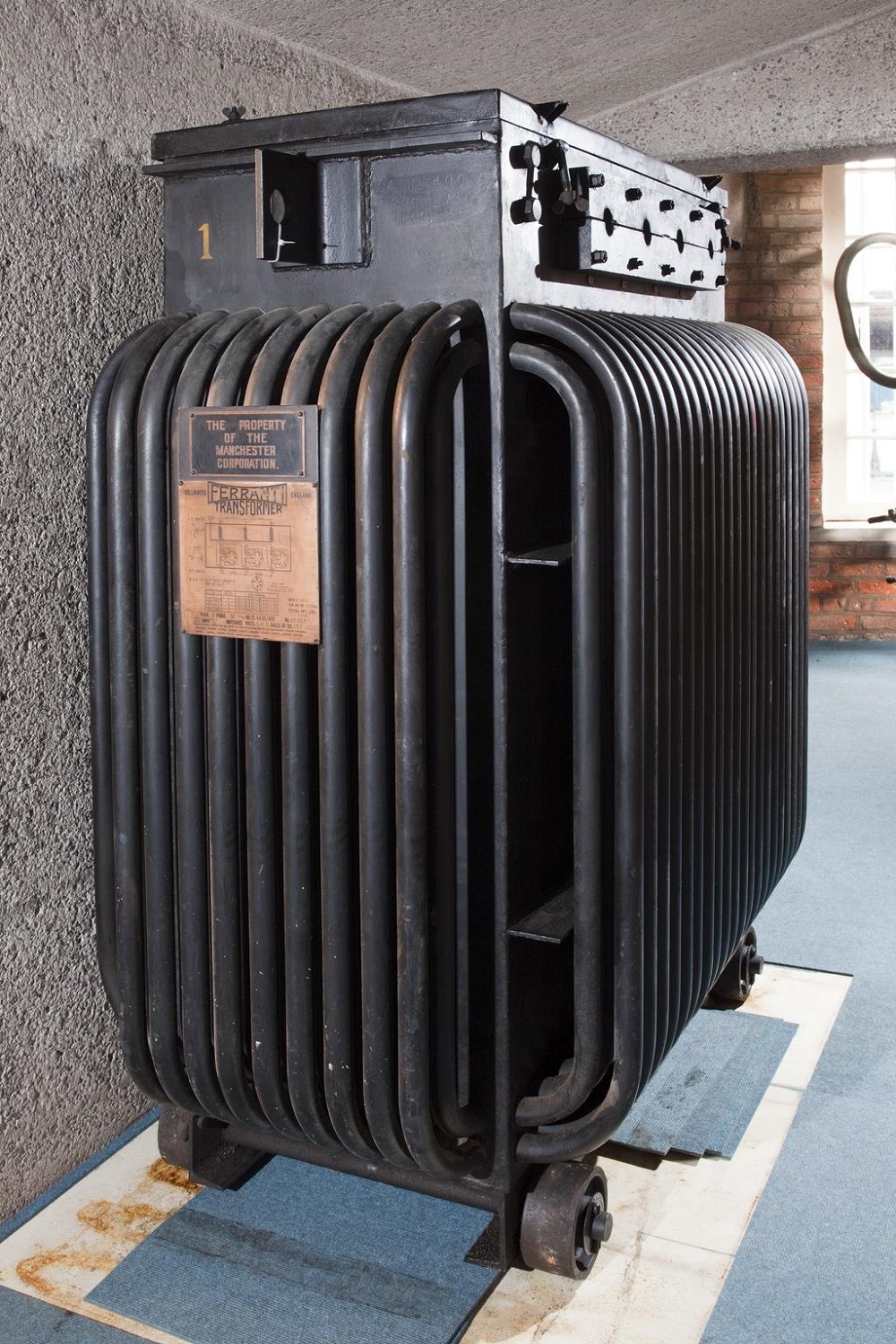 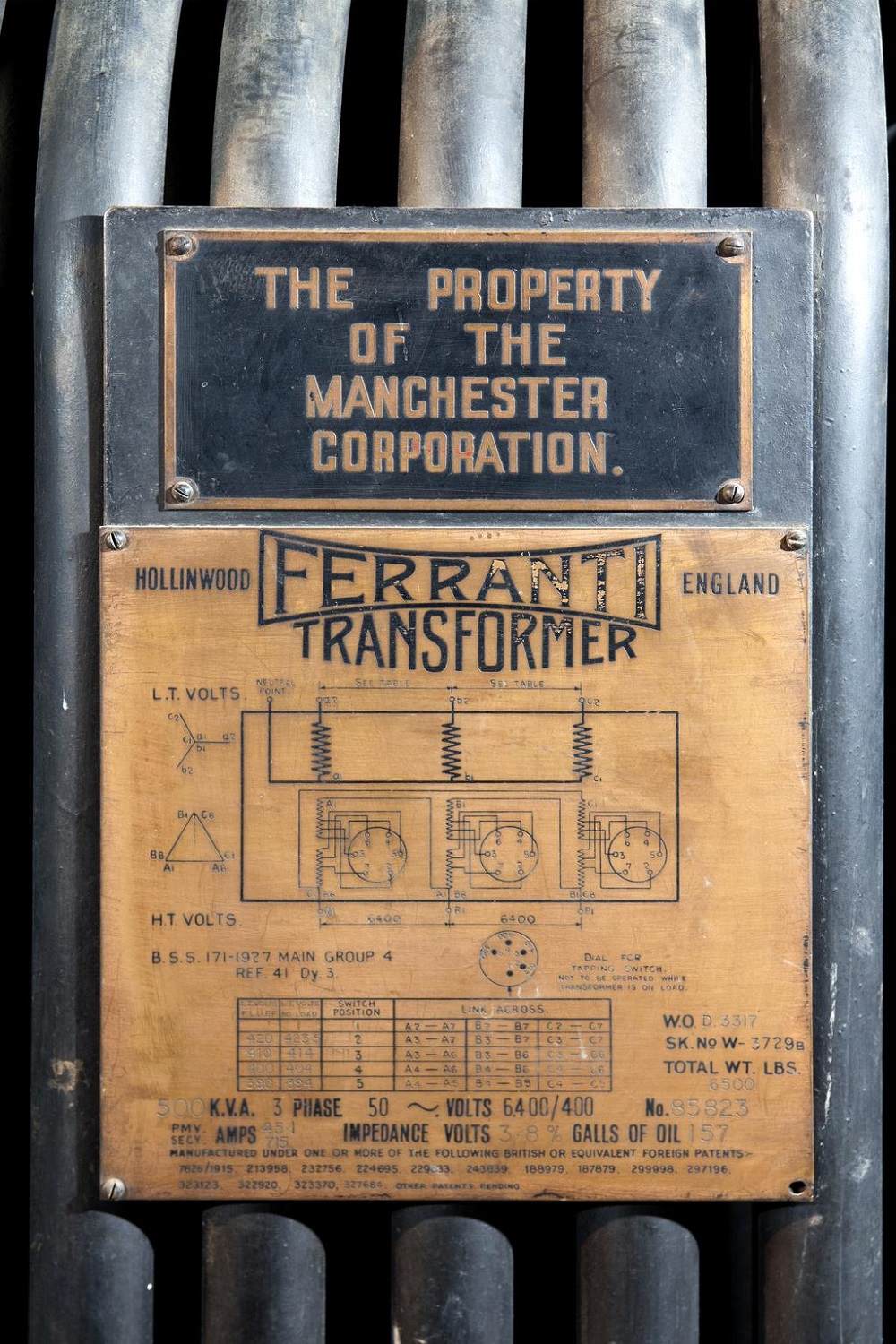 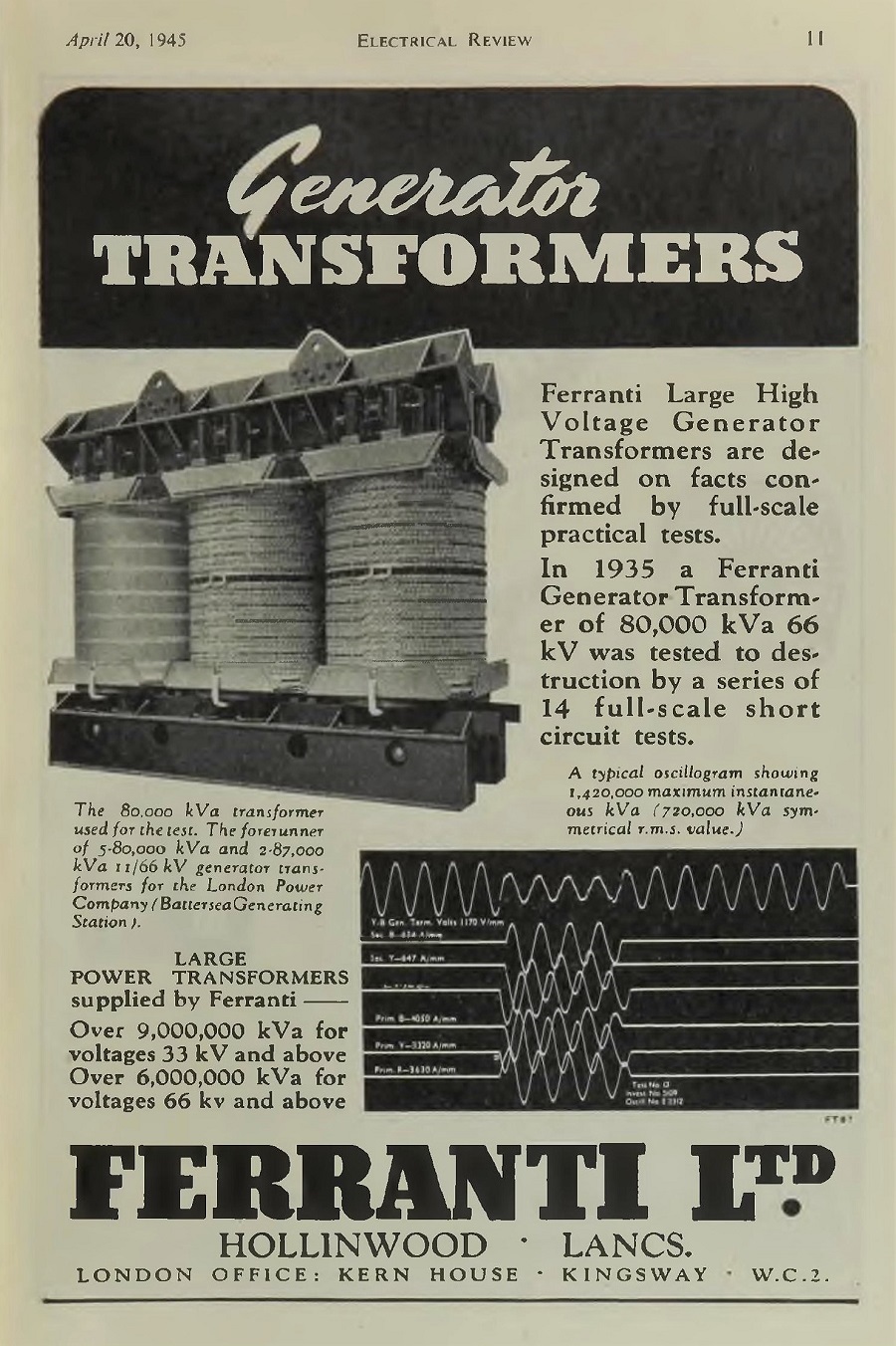 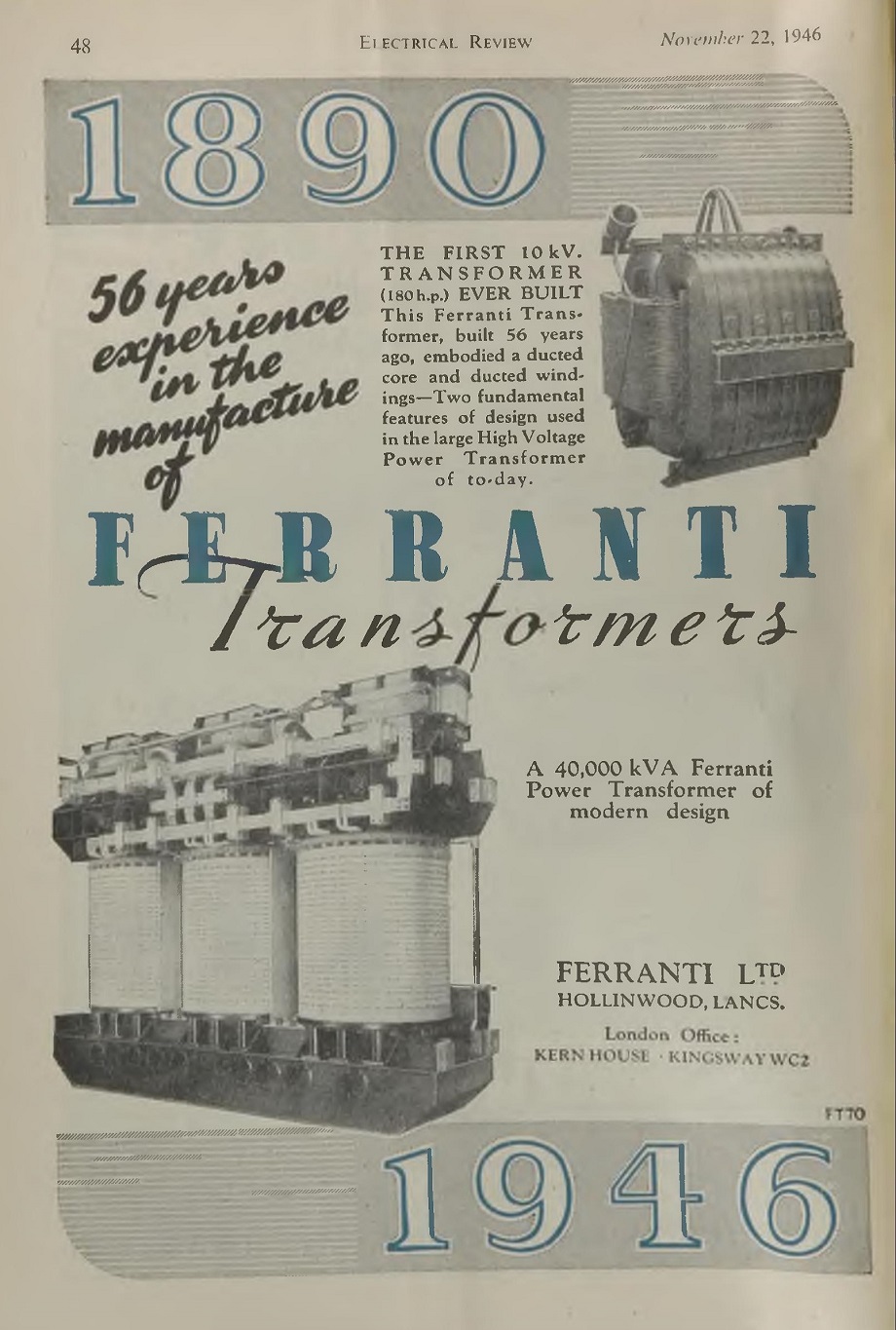 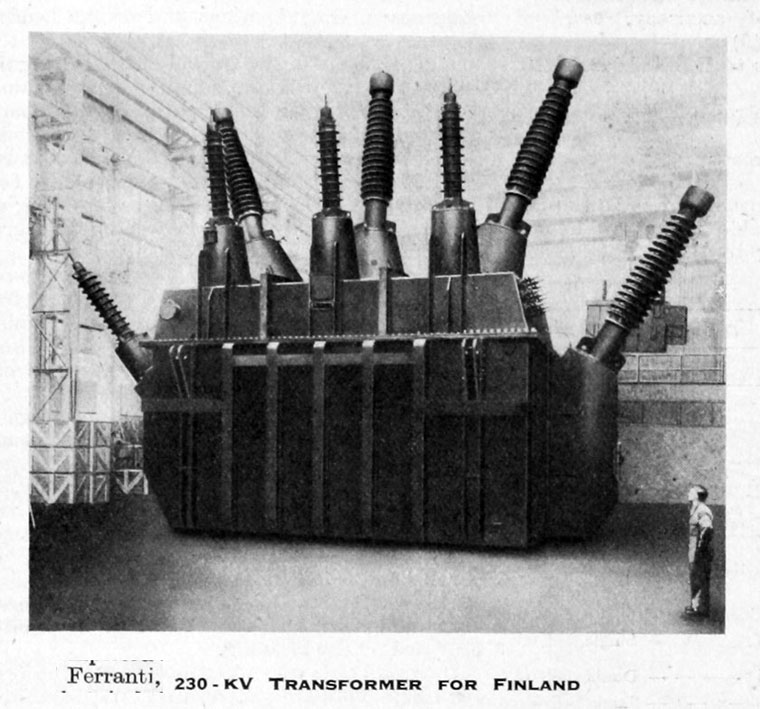 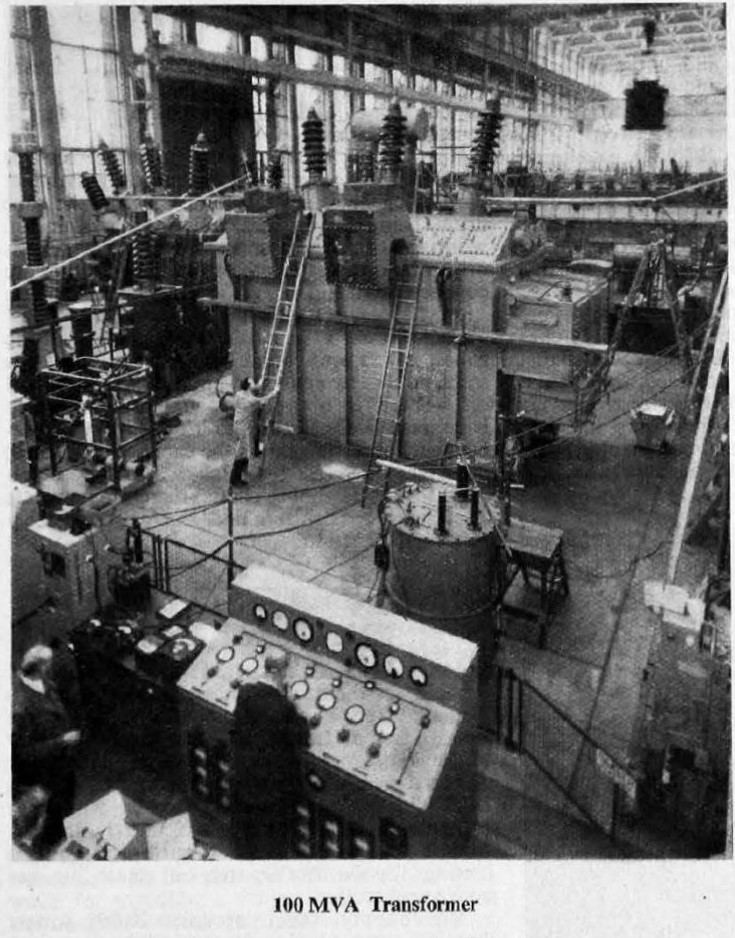 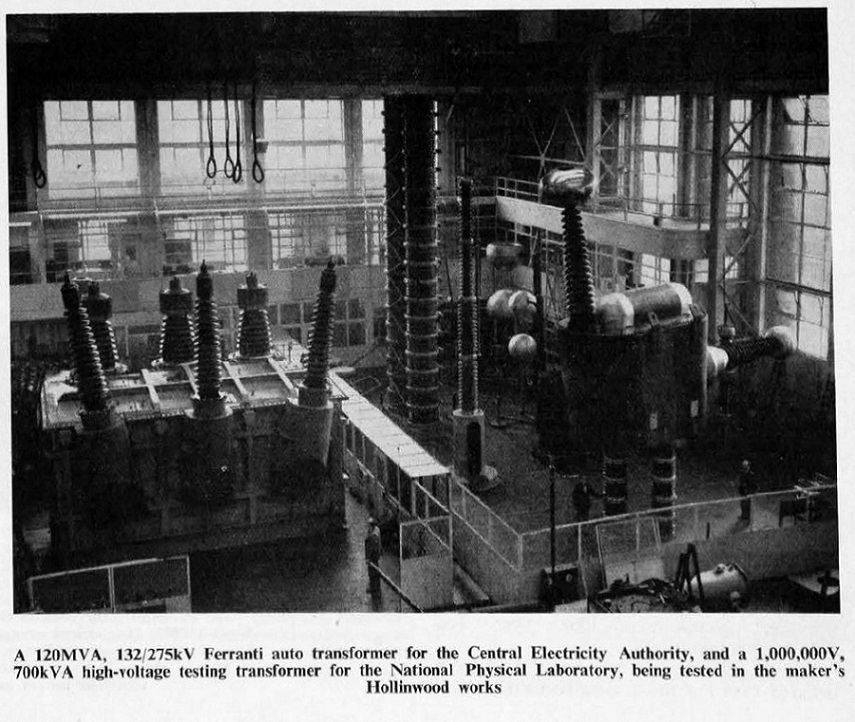 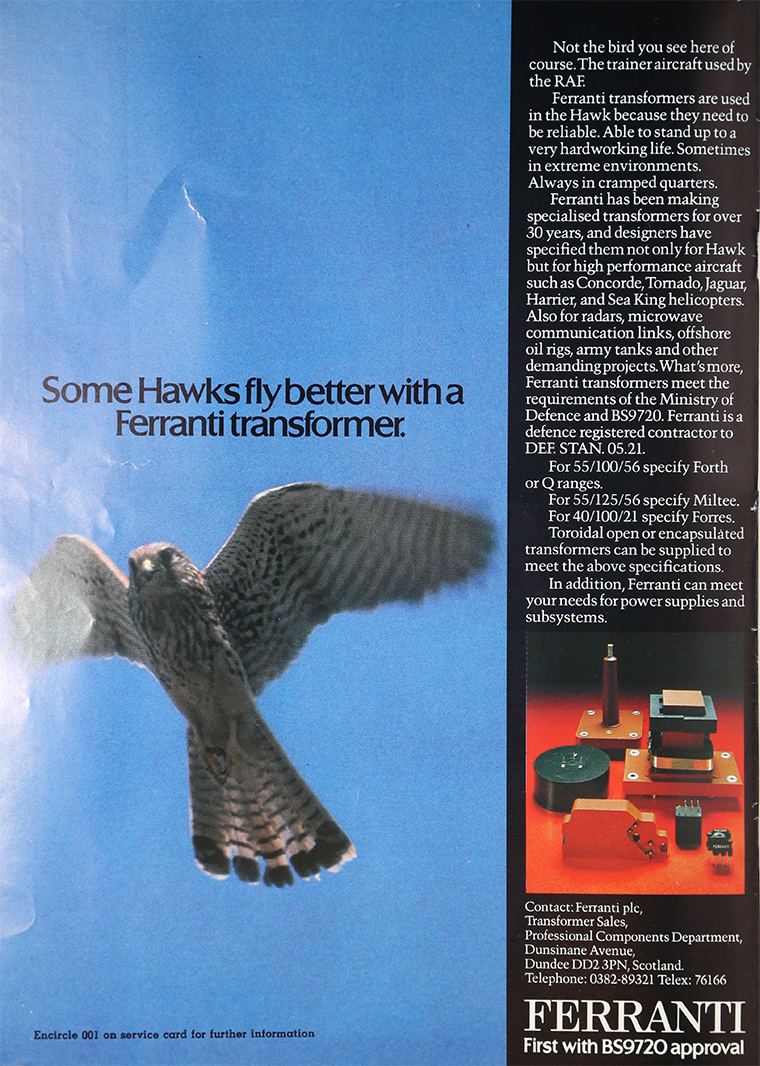 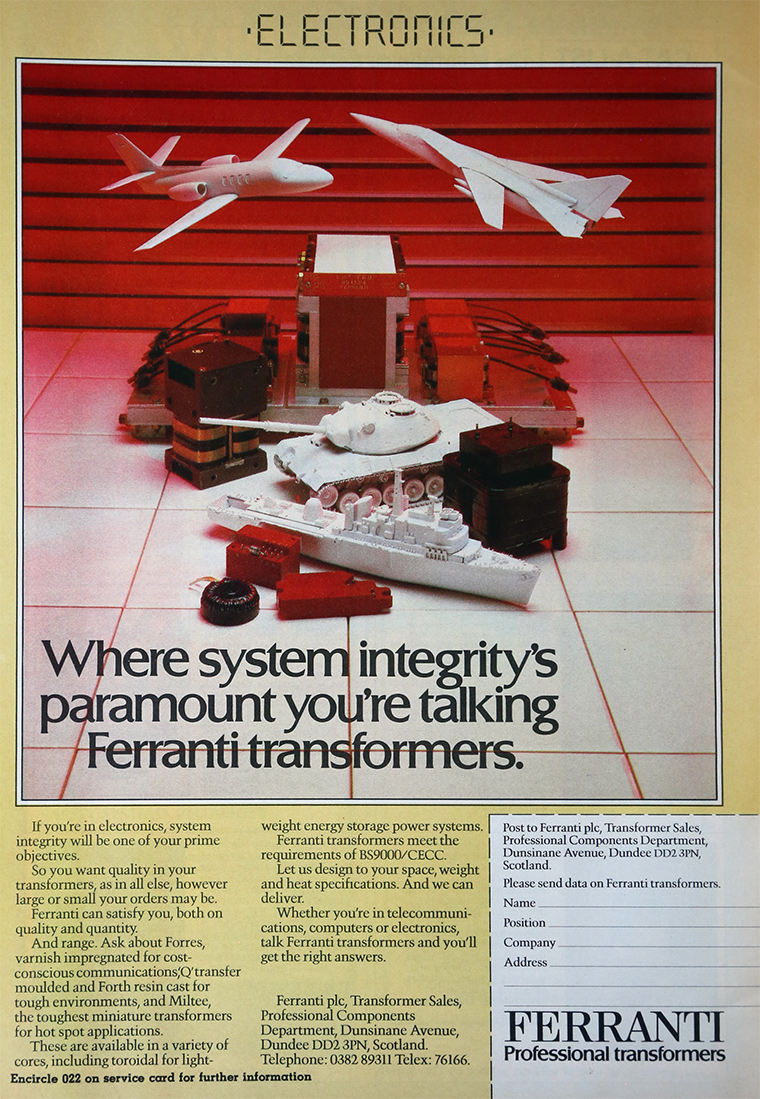 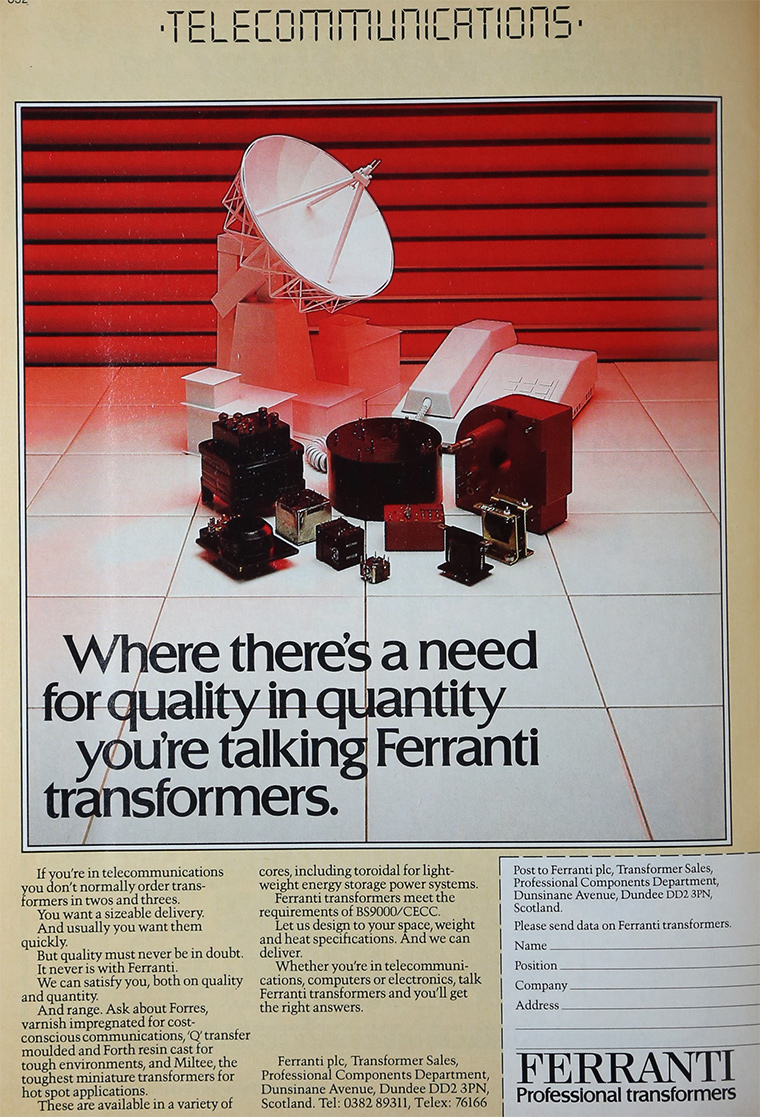 Note: This is a sub-section of Ferranti

1905 After the reorganisation of the company, its focus was on Switch Gear, Transformers and Instruments.

1921 A separate Transformer Division was set up, rebuilding the transformer business which had languished over the past decade.[1]

1926 The Central Electricity Board was created to construct the national grid, something Sebastian Ferranti had advocated for a long time. Ferranti Ltd won the largest single share of the orders for large three-phase transformers, having persuaded the commissioners to use this type of equipment in place of the planned single-phase equipment.

1930 Large contracts were in hand to supply transformers and meters for the Central Electricity Board. The company had customers all over the world[2]

1957 The Distribution Transformers Department was set up

1967 Closure of the Distribution Transformers Department.

1974 the Transformer Division ran into financial difficulties, which led to the Company accepting help from the National Enterprise Board and a reduction in the Ferranti family shareholding.

1975 The Transformer Division was closed.