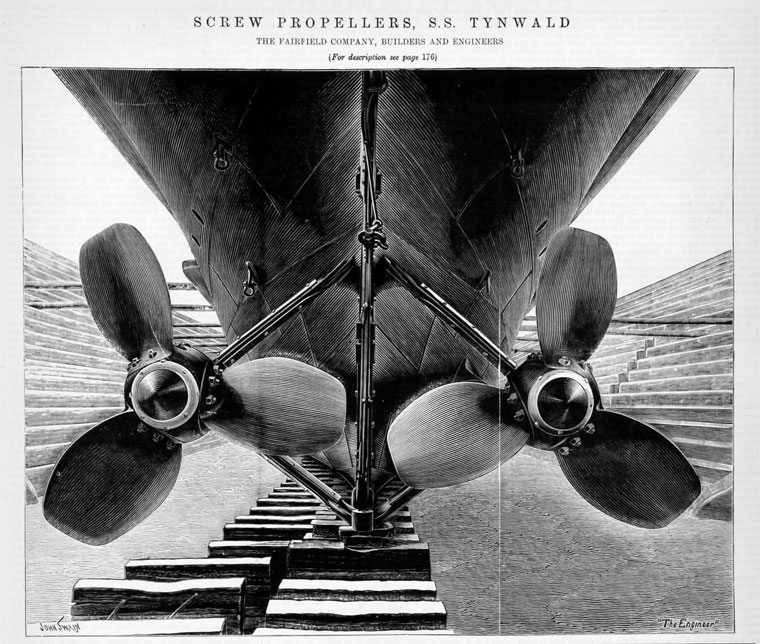 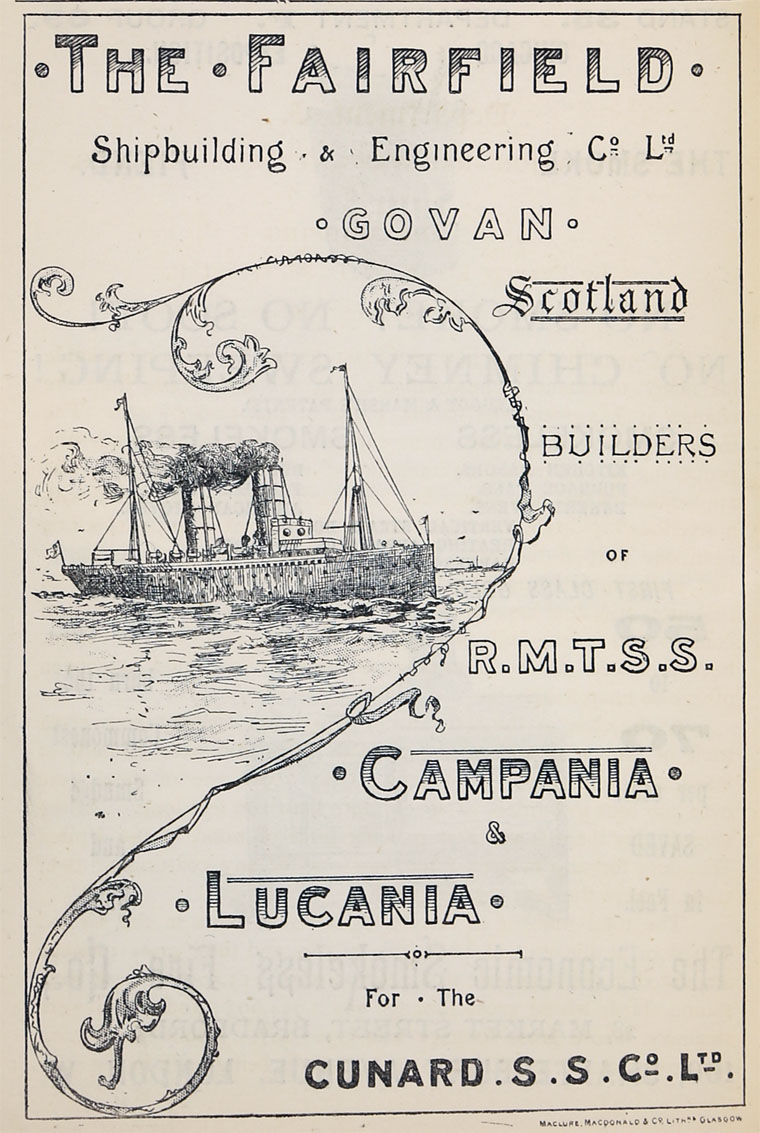 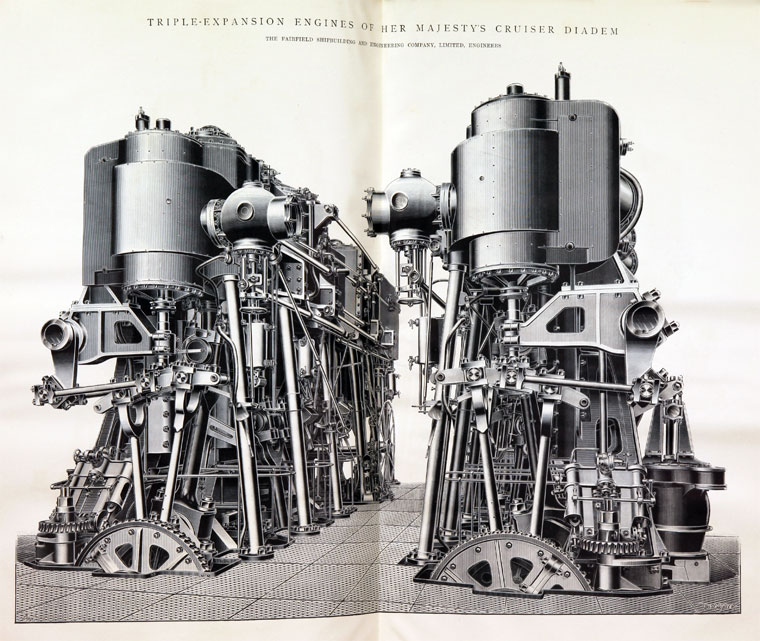 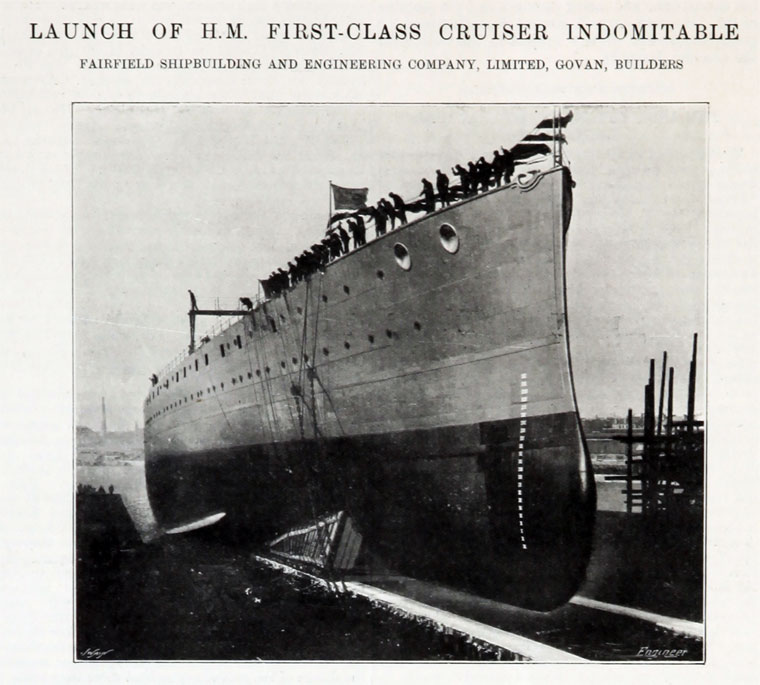 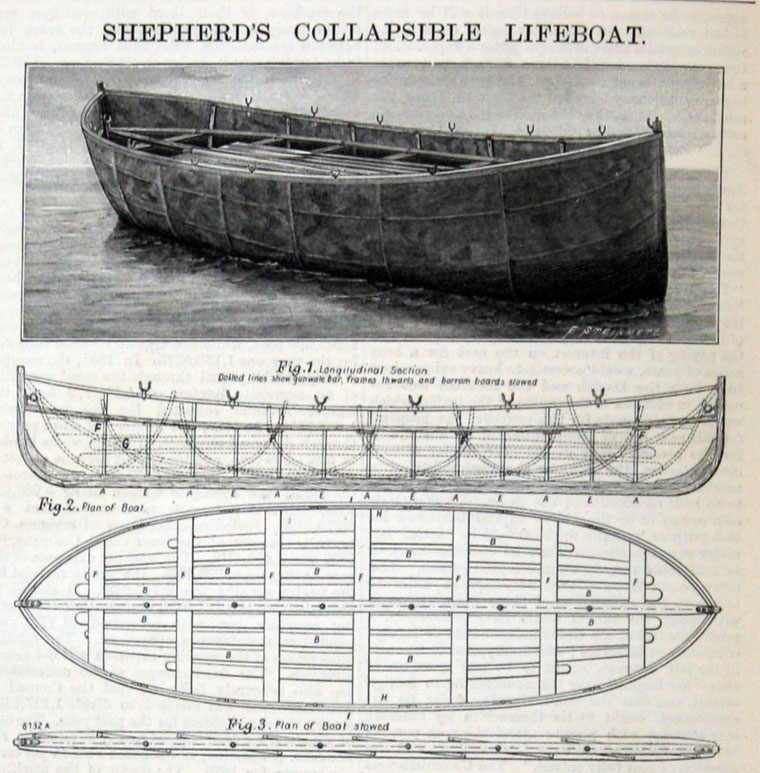 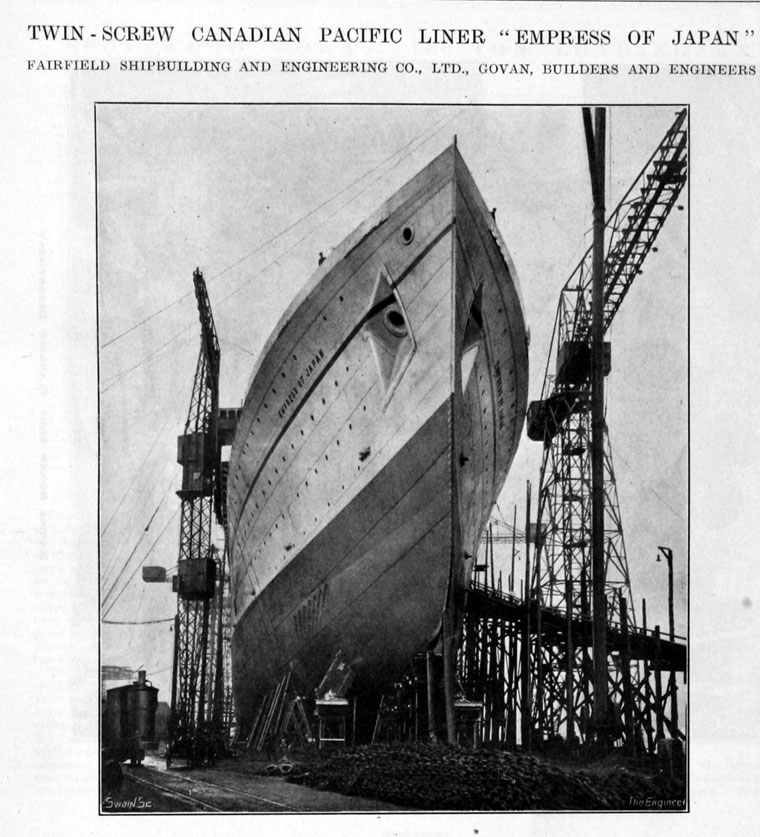 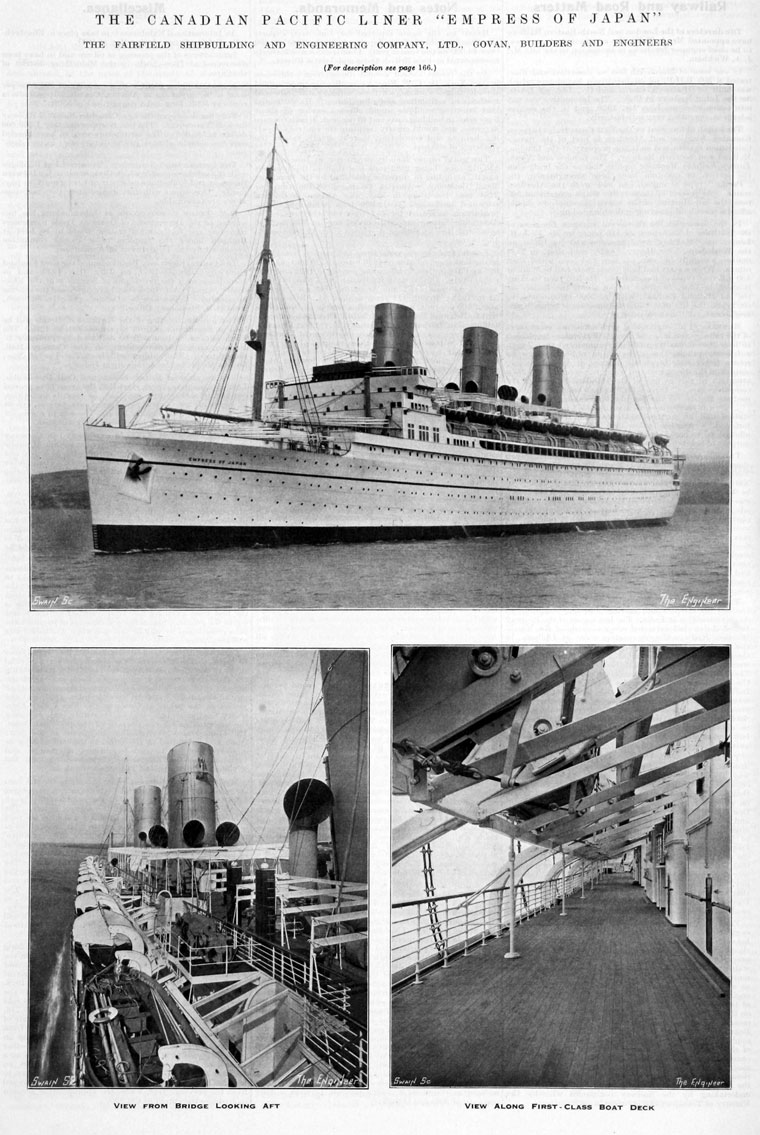 The Fairfield Shipbuilding and Engineering Company Limited was a British shipbuilding company in the famous Govan area on the Clyde in Scotland. [1]

Fairfields, as it is often known, was a major warship builder, turning out many vessels for the Royal Navy and other navies through the First World War and the Second World War.

1869 John Elder died; his company Randolph, Elder and Co, which built ships at the Fairfield Yard, was renamed by his widow as John Elder and Co in his memory [2].

In 1885 the business was registered as a limited company Fairfield Shipbuilding and Engineering Company[4] formerly Messrs. John Elder and Co.

1880s The yard concentrated on building Blue Riband record breakers. This led to many orders for express liners although, commercially speaking, the faster ships were less effective as the design required a reduction in passenger room. The yard also made steam yachts and coastal and cross-Channel packets.

1889 Public quotation for the shares in Fairfield Shipbuilding and Engineering Co Ltd[7].

1898 Richard Barnwell, managing director for the firm died, [9]and Frank Barnwell was appointed to the company.

1900s The yard enjoyed many orders from the Admiralty; this enabled it to ride out the cyclical slumps that shipbuilding experienced during the early part of the century. Orders came in for boat destroyers, cruisers, and battleships. Sir William G. Pearce, Chairman of the yard also founded Canadian Pacific Steamship Co and many Canadian Empresses were made by the yard for them.

1905 Dr Francis Elgar resigned as managing director but retained tho position of consulting naval architect to tho company. Mr. Alexander Gracie, who had been manager of the engineering section since 1896, was appointed managing director.[10]

1905 The company entered into a working arrangement with Cammell, Laird and Co, and acquired a large holding in the Coventry Ordnance Works[11], along with John Brown, in order to compete with the duopoly of Vickers and Armstrong Whitworth.

1924 the Chepstow yard, which had been constructed by the government during WWI, was sold to Fairfield Shipbuilding and Engineering Co Ltd[17] to build bridges during the inter-war years.

1924 the controlling interest in Ruths Steam Accumulator Co, was acquired by the Fairfield Shipbuilding and Engineering Co and James Howden and Co of Glasgow. [18]

1926 Sir Alexander M. Kennedy was chairman and managing director of the company.[19]

1930s Admiralty work dried up and the yard mainly focused on refit and maintenance work. One of the newer yards, the West yard was closed and then demolished in 1934. In 1935 the yard was taken over by the Lithgow Brothers. It was not until 1935 that orders started to pick back up again. The yard was manufacturing vessels for the Admiralty as the War loomed.

1950s The Govan yard made liners and other Admiralty-related vessels; cruisers, frigates, missile cruisers, and a cable ship.

1961 Fairfields acquired David Rowan and Co; Govan had completed a frigate and a cruiser and several commercial carriers; the Chepstow yard had fabricated steelwork for railway bridges, buildings, factories and gantries for overhead cranes; further orders had been obtained[20]

1960s The Govan yard received orders for ten Turkish ferries and then entered a phase of modernisation.

1965 As this company it continued until 1965 when it filed for bankruptcy.

1966 In response, the yard was again reorganised as Fairfields, under guarantee by the government. The Geddes Report recommended that the yard be merged with five others, and the Fairfield yard became the Govan yard of UCS. The other major yards of the Upper Clyde - Alexander Stephen and Sons, Charles Connell and Co, Yarrow Shipbuilders and John Brown and Co - were merged to form Upper Clyde Shipbuilders (UCS).

1966 Mabey and Johnson acquired Fairfield's Chepstow Bridge and Constructional Works. The company had contracts for steelwork for 2 power stations and several bridges[21].

1970s The British Government had stepped in and offered finance under the new name of Fairfields (Glasgow) Ltd. New working practices were introduced to address industrial action/unrest which were eventually enshrined in the Employment Protection Acts of 1977. However, the yard continued to have a top-heavy management structure, low productivity and huge debts. A new company was formed to try and address this: Govan Shipbuilders Ltd. The yard continued making large bulker vessels.

1980s Container ships and Great Lakes grain carriers were the staple of the yard. the yard also made a massive passenger ferry for North Sea Ferries which cost £40M.