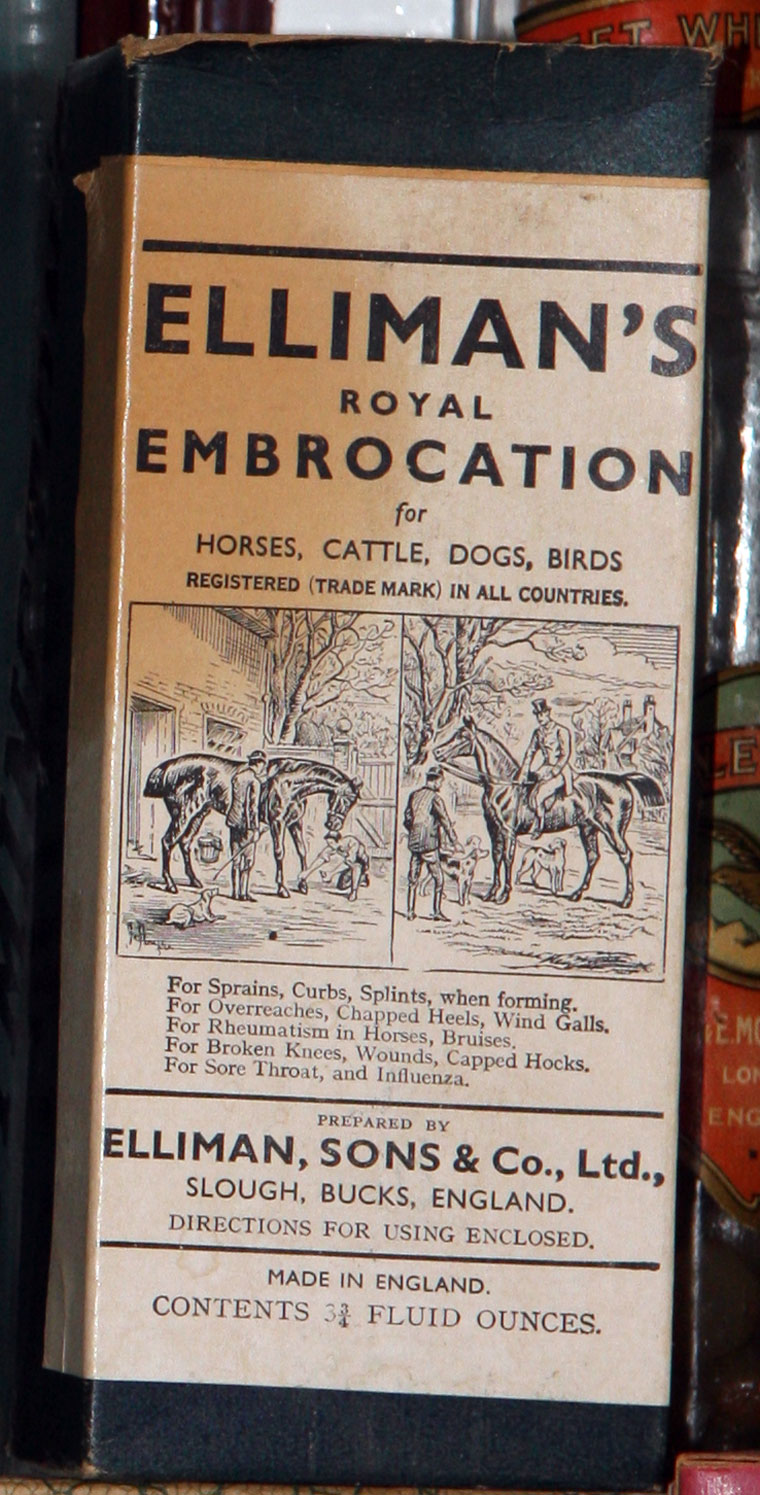 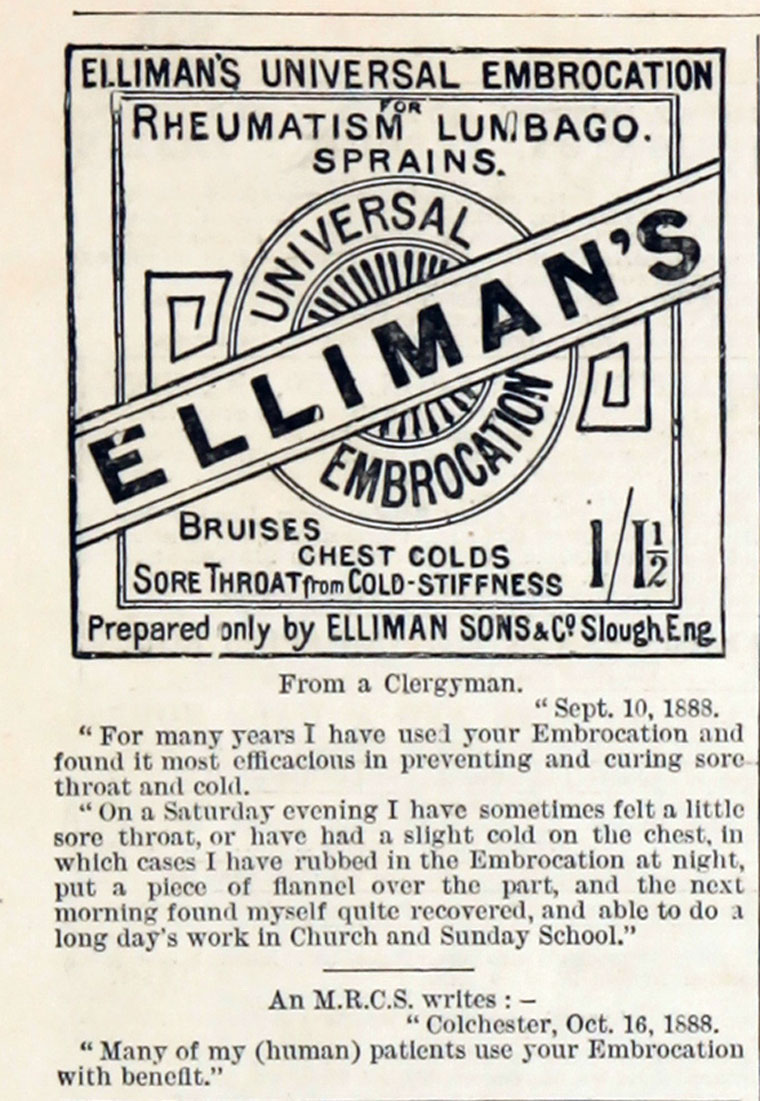 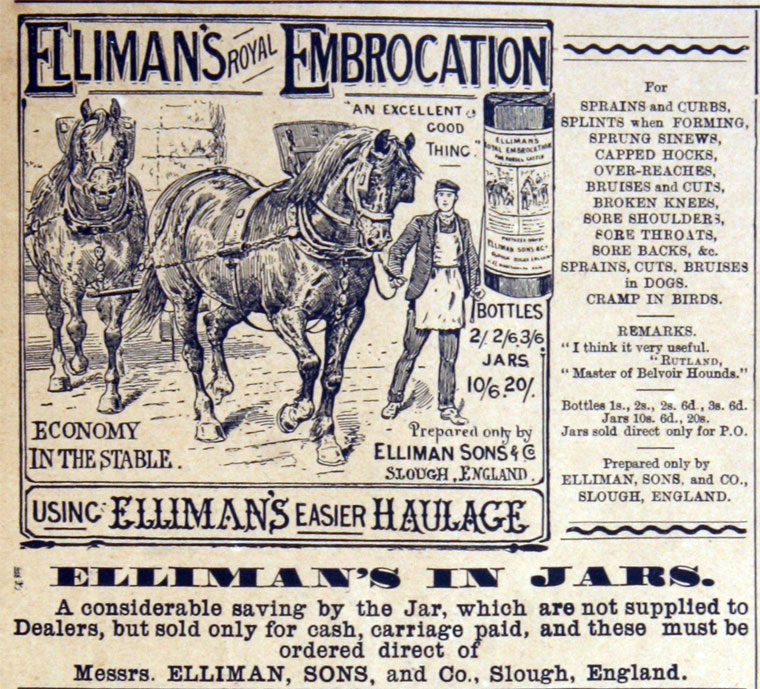 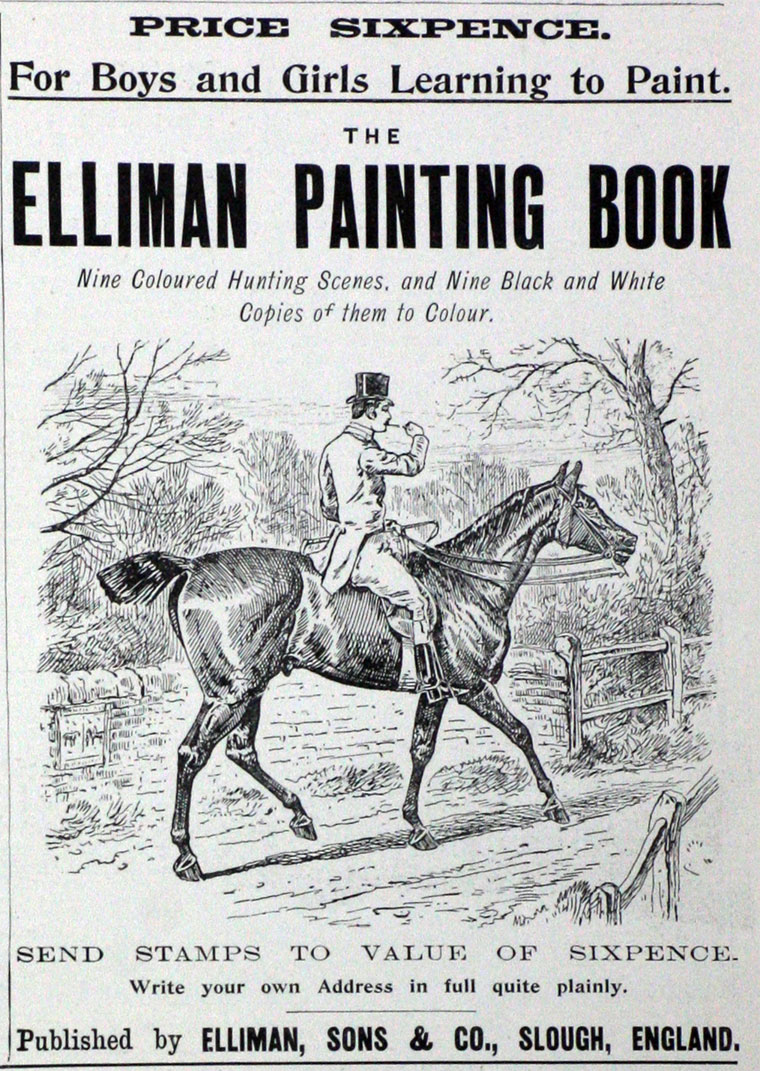 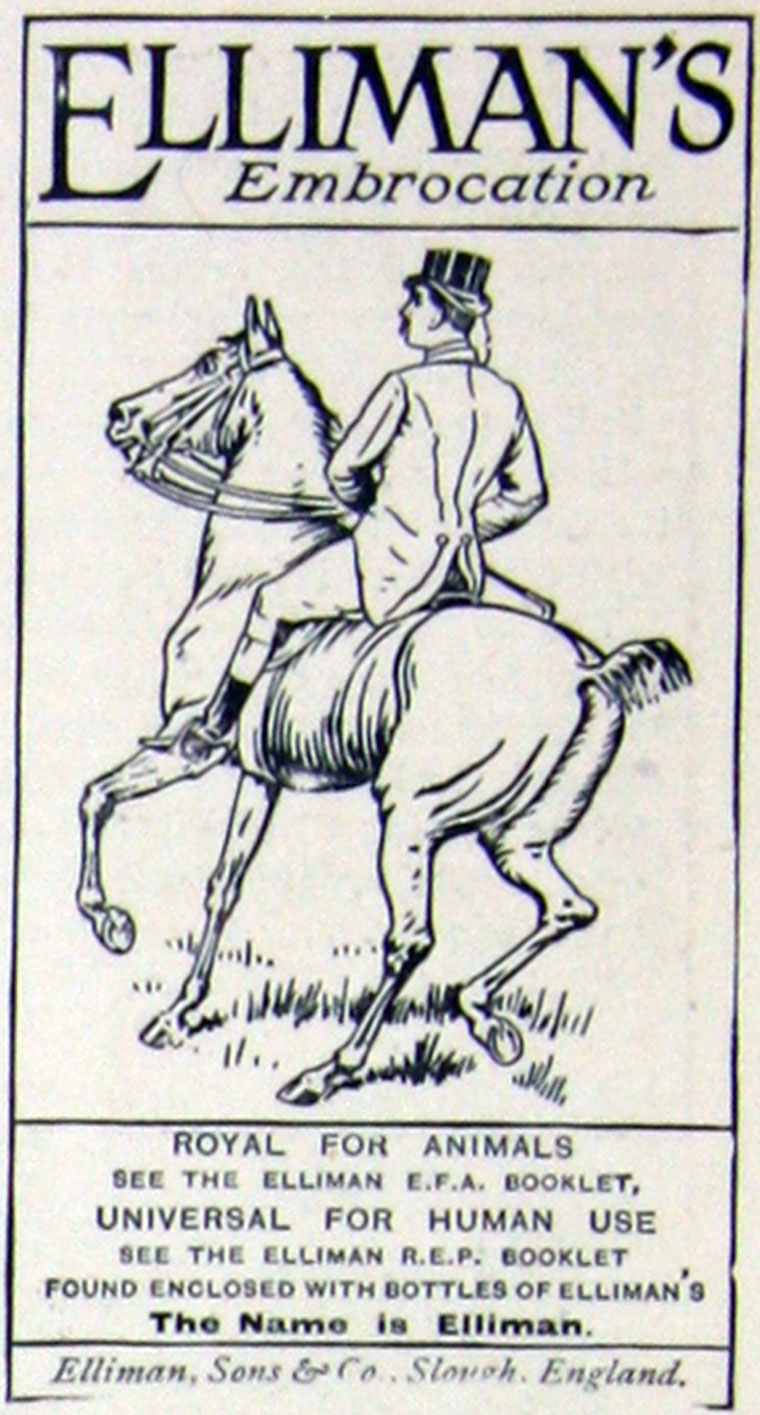 Maker of Ellimans Royal Embrocation for horses and people, of Slough.

Elliman’s embrocation is a medical lotion that can be rubbed on to aching, tired muscles, it is still sold today all over the world but it originated in Slough in 1847.

James Elliman left his previous occupation of draper, to concentrate on the manufacture and distribution of "Elliman's Embrocation", an ointment he produced from his ancestors forumlations, on a larger scale.

On Elliman Senior's death in 1870, his sons James Elliman and Samuel Elliman took over the business. Following the death of Samuel in a hunting accident in 1884 James Elliman Junior took sole charge of the company, which he retained until his death, when it was taken over by members of his family

1961 The manufacture of "Elliman's Embrocation" was taken over by Horlicks.

1970 Beechams took over Horlicks and continue to make the medicine today. The type of packaging and advertising images have changed over the years but the medicine remains the same as James Elliman's family recipe.