Grace's Guide is the leading source of historical information on industry and manufacturing in Britain. This web publication contains 148,341 pages of information and 233,846 images on early companies, their products and the people who designed and built them. 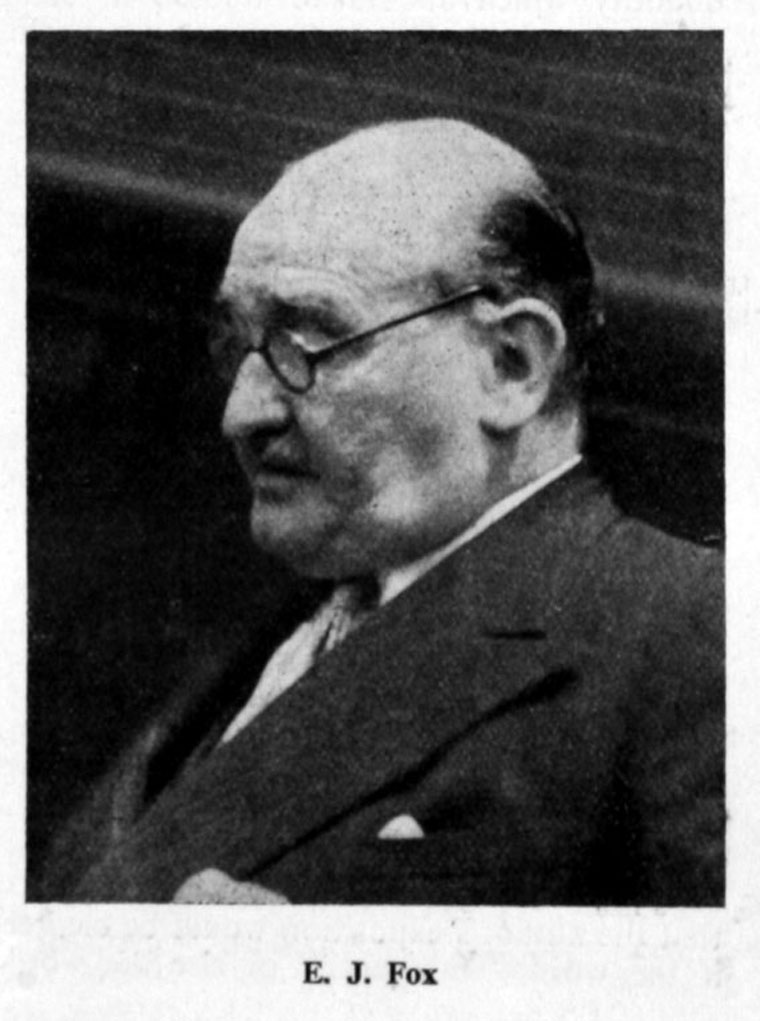 WE record with regret the death of Mr. Edmund John Fox, which occurred at Tunbridge Wells on January 18th. Mr. Fox, who was in his eightieth year, was for many years the managing director of the Stanton Ironworks Company, Ltd., Stanton, Nottingham.

Edmund John Fox was born on April 21, 1874, and was educated at Rugby School and at the Nottingham Technical College.

His engineering training began in the works of Edmonds Copper Company, at Leeds, and later he served an apprenticeship with Crompton and Co., Ltd., Chelmsford.

Upon its completion, in 1894, Mr. Fox was given an appointment on the engineering staff of Crompton and Co., Ltd., in which he continued for the following six years.

In 1901, he joined Willans and Robinson, Ltd., at Rugby, as an engineer representative.

Mr. Fox's association with the Stanton Ironworks Company, Ltd., began in 1917, when he was appointed managing director of the firm. During his twenty-five years in that office he devoted much of his energy to the progressive development of the spun process for the manufacture of iron pipes, a method which is now regularly employed for making iron pipes in diameters up to 27in.

He retired from the Stanton Ironworks Company, Ltd., in June, 1942.

For a time, Mr. Fox served on the boards of Stewarts and Lloyds, Ltd., and Crompton Parkinson, Ltd., and he was also chairman of Davy and United Engineering Company, Ltd. He was elected chairman of this last-mentioned company in 1931 and remained in office until he reached the age of seventy in 1944. He continued to serve on the board of the company until last year.

Mr. Fox had been a member of the Institution of Mechanical Engineers for more than fifty years, and was also a member of the Iron and Steel Institute, on the council of which he served for a number of years. In addition, he was keenly interested in the work of the Institute of British Foundrymen. He was the donor, in 1936, of a sum of money to that Institute, from which the E. J. Fox Medal is presented annually in recognition of outstanding work in the field of foundry metallurgy.

For a long period of years Mr. Fox took part in the work of the St. John Ambulance Brigade, and was a Serving Brother of the Order of St. John of Jerusalem.