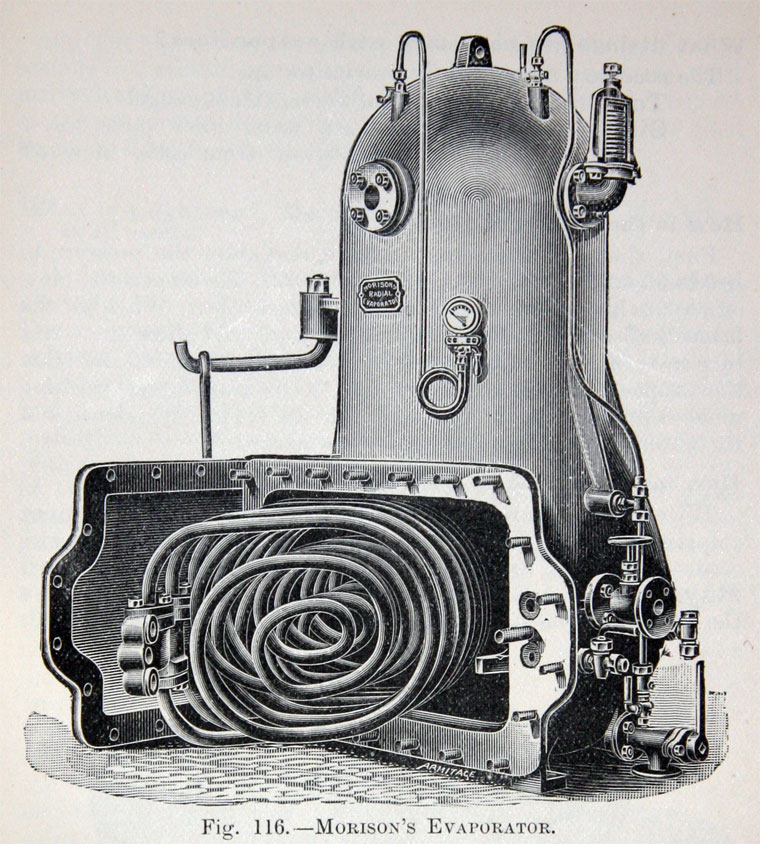 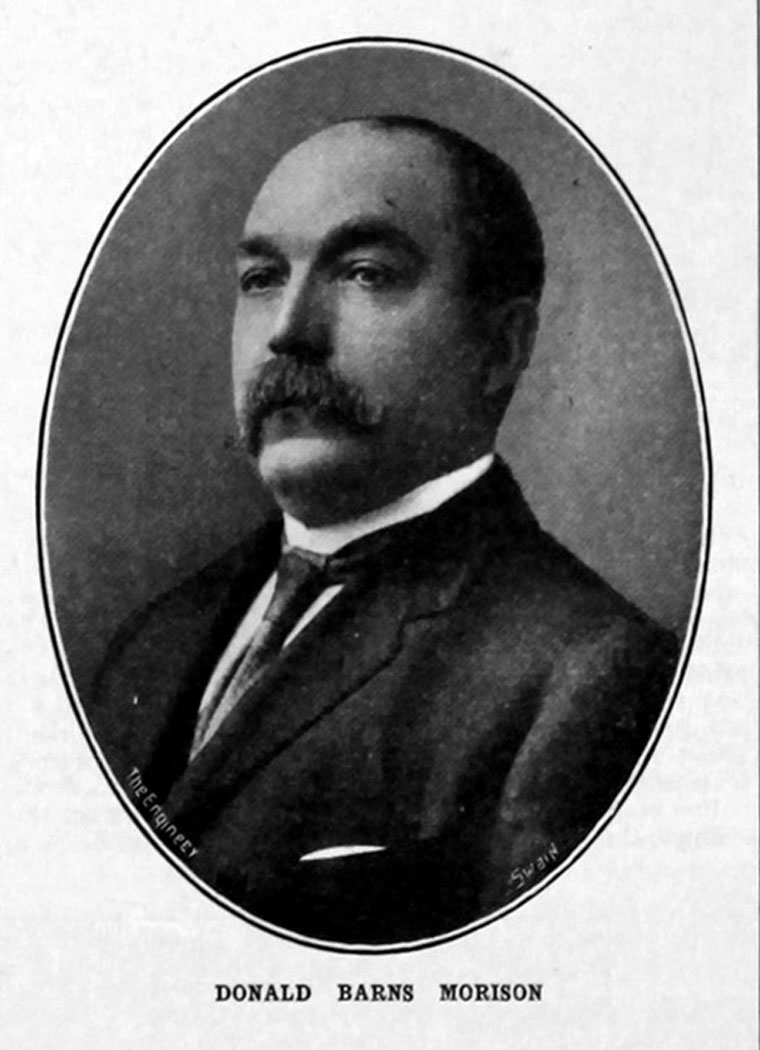 1896 of Hartlepool Engine Works, gained Patent with Robert Lunan Weighton on improvements in engines with 2 or more cylinders.

1907 Patent with Robert Lunan Weighton on improvements in apparatus for heating water by means of steam.

Chairman of Richardsons, Westgarth and Co.

1912 Donald Morison was a member of the Council of the Institution of Mechanical Engineers[2].

1917 Member of North-East Coast Institution of Engineers and Shipbuilders

DONALD BARNS MORISON was a Devonshire man by birth and was born in July 1857.

He was educated at the Ashburton Grammar School, and on leaving he was apprenticed from 1875 to 1880 in the engineering works of Messrs. John Elder and Co., Glasgow, subsequently remaining with them as a draughtsman until 1882. Here he not only gained valuable experience in marine engine work, but was also able to supplement his school education by attending the technical classes of the Andersonian College, now the Royal Technical College.

Experience at sea being his next desire, he entered the service of the Orient Steam Navigation Co., and incidentally had a narrow escape when their vessel, the "Austral," on board which he was engaged as a junior engineer, sank at Sydney.

Leaving the sea in 1883 he was engaged by Messrs. T. Richardson and Sons, Ltd., of Hartlepool, and here his advancement to the position of assistant manager was rapid, followed in 1886 by promotion to the general managership.

Amongst the many engineering matters which from time to time engaged his special attention may be mentioned improvements in heat accumulators, in condensers, and in furnaces for marine boilers.

Under his guidance the Company took up the manufacture of the Brown Boveri and Brown Curtis, and other types of steam-turbines, chiefly for land work, and later on it paid equal attention to the marine oil-engine. Of reciprocating engines the firm turned out large numbers, and during the War it engined in one year (1918) no less than fifty-one ships.

Mr. Morison rendered great service to marine engineering by the practical interest he took in the work of the Marine Oil-Engine Trials Committee (see Proceedings, 1924, page 864), which owed its inception to his initiative and the generosity of his Company, which placed a vessel, the "Sycamore," at the disposal of the Committee for the purposes of the investigation and contributed £1,000 to this research.

During the War Mr. Morison paid great attention to the standardizing of mercantile marine engines, with a view to facilitating production, and thus coping with the losses sustained by the mercantile marine during those strenuous years.

Mr. Morison joined this Institution in 1887, and was a Member of Council during the ten years 1912-1922. He was a Fellow of the North-East Coast Institution of Engineers and Shipbuilders and took a leading part in the arrangement of that society's scheme of research. He was also a Member of Council of the Institution of Naval Architects, a member of the Consultative Committee appointed by the various institutions in connexion with the Board of Trade, a member of Lloyd's Technical Committee, and a J.P. for the Borough of Hartlepool.