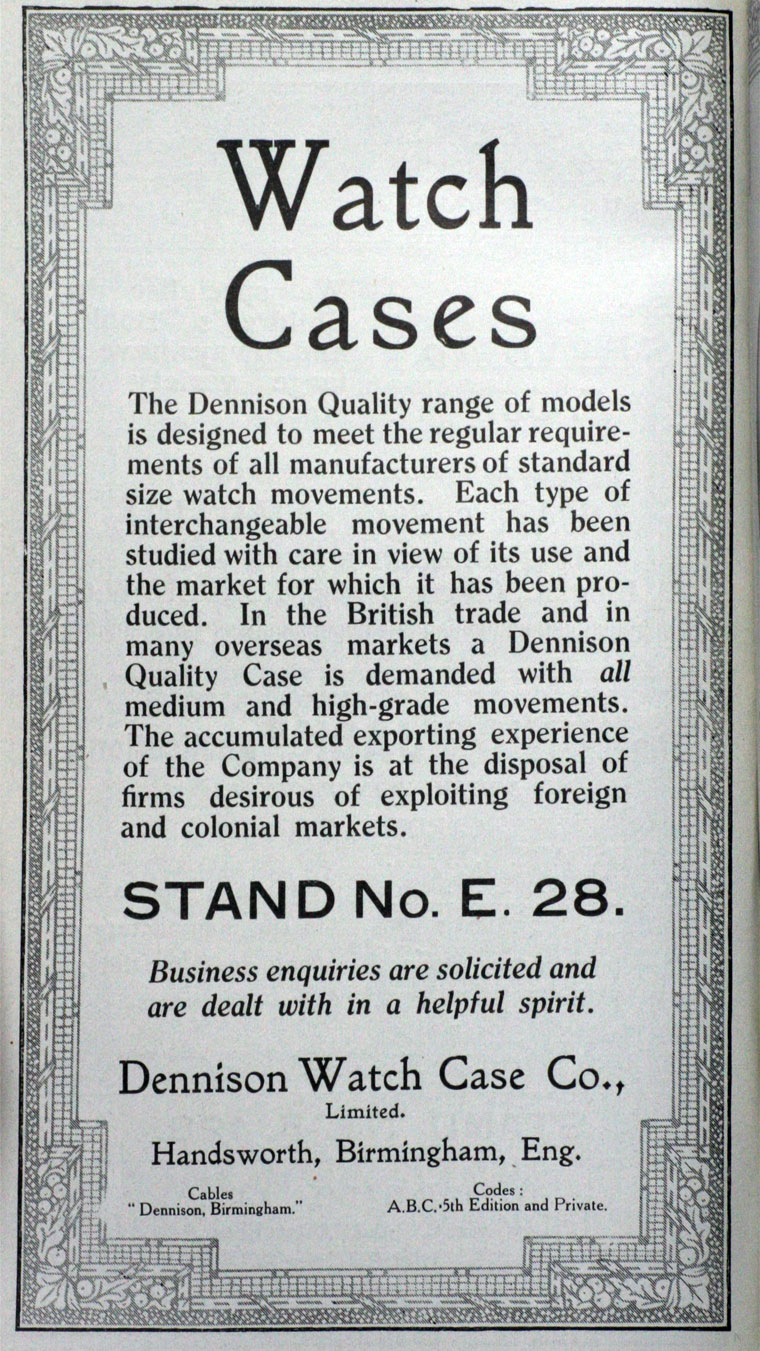 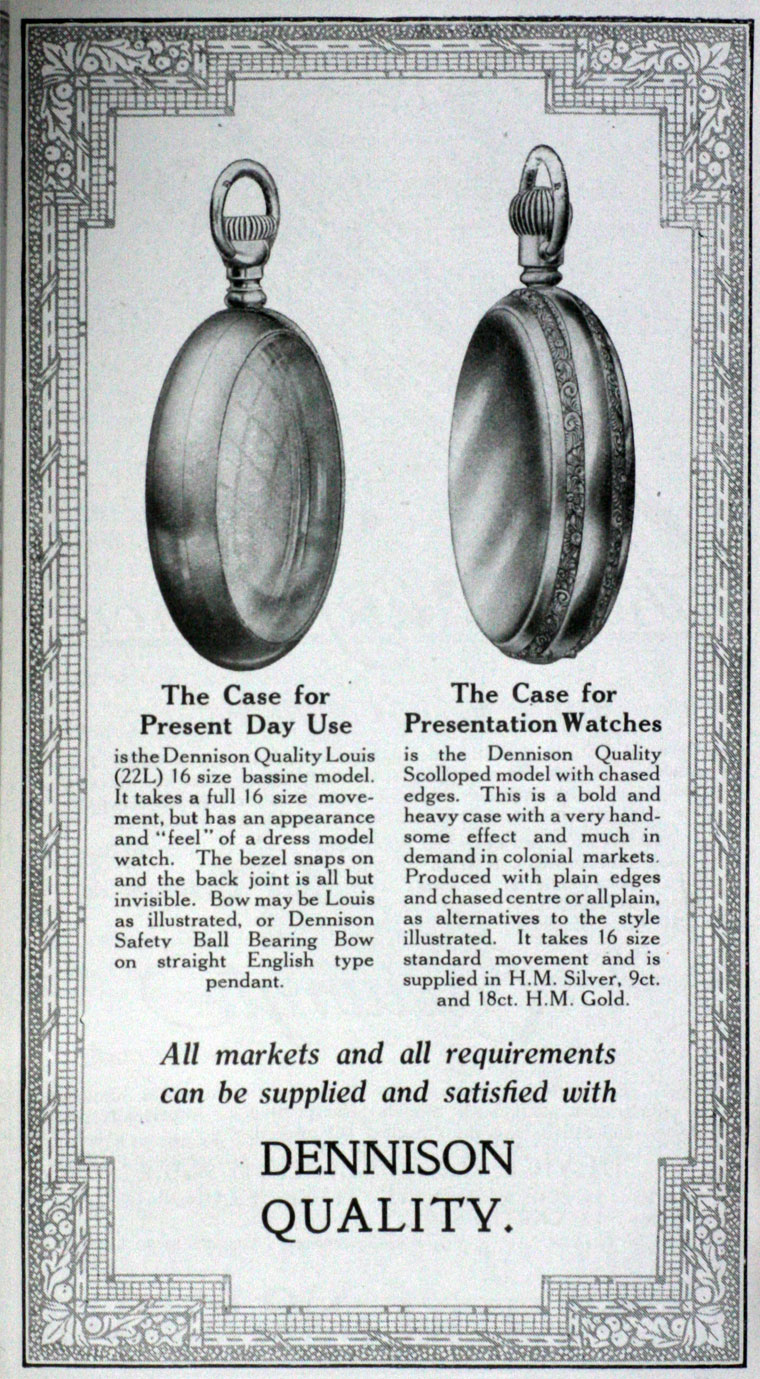 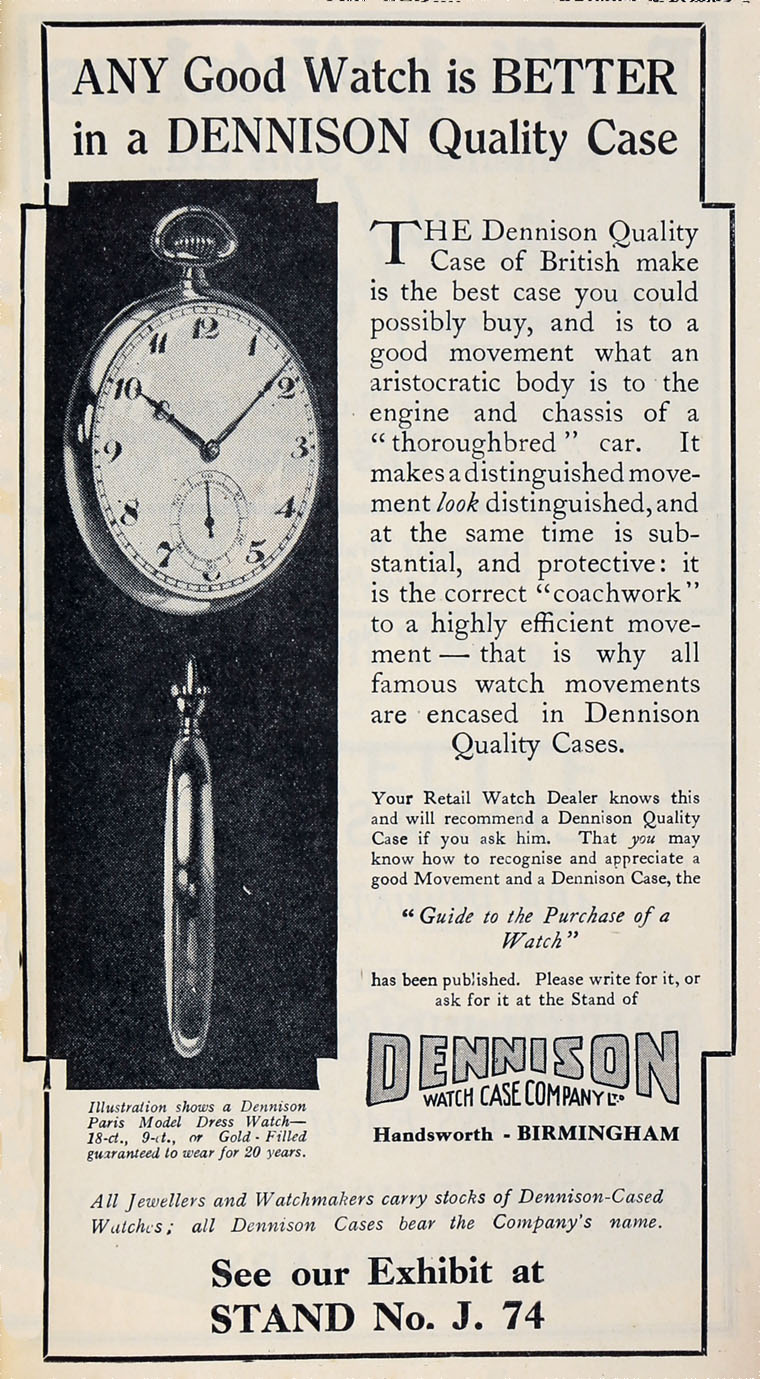 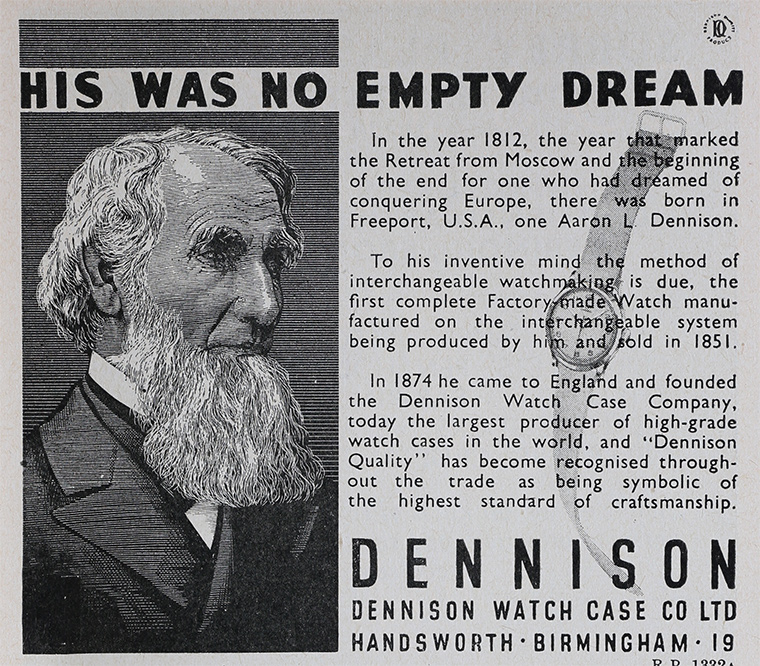 1833 After a three year apprenticeship with James Cary, he went to work as a journeyman watchmaker in Boston. He followed the advice of a fellow American watchmaker and discovered inaccuracies in the workmanship and construction of even the best hand-made watches. He often visited the Springfield armoury, predicting that the manufacture of watches would soon be reduced to as much system and perfection as the manufacture of firearms.

c1840 He invented the Dennison Standard Gauge and then began to develop the "Interchangeable System" (the American System of Watch Manufacturing).

1844 Aaron Lufkin Dennison, who was then also engaged in the jewellery business in Boston, decided that he could make paper boxes better than the imported products. He bought supplies of box board and cover paper and took them to the family home in Brunswick, Maine. He developed the box business successfully, but five years later turned it over to his younger brother.

1849 Dennison partnered with clockmaker Edward Howard to manufacture interchangeable movement parts, to enhance quality and lower the price of watches.

1850 They started up with capital from mirror manufacturer Samuel Curtis

1854 A new factory was built on the banks of the river in Waltham, Massachusetts and the company eventually became the Waltham Watch Company.

1874 After adventures in Switzerland he moved to England, where he founded a very successful watch case company, Dennison Watch Case Co