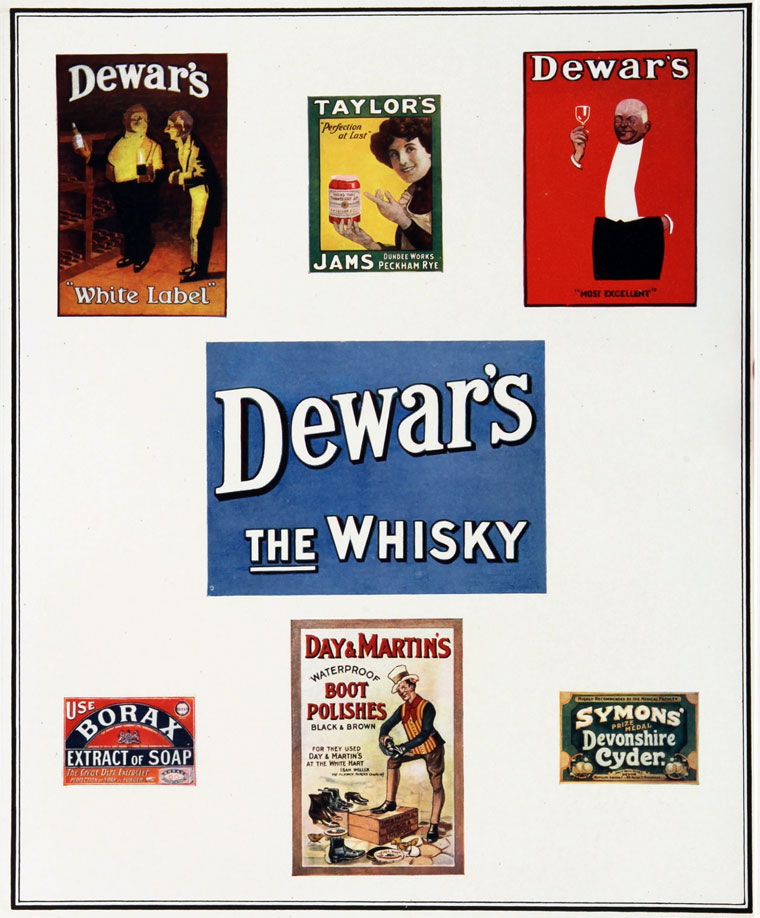 1910.A Selection of Adverts that appeared in the 1910 Practical Advertising, published by Mather and Crowther. 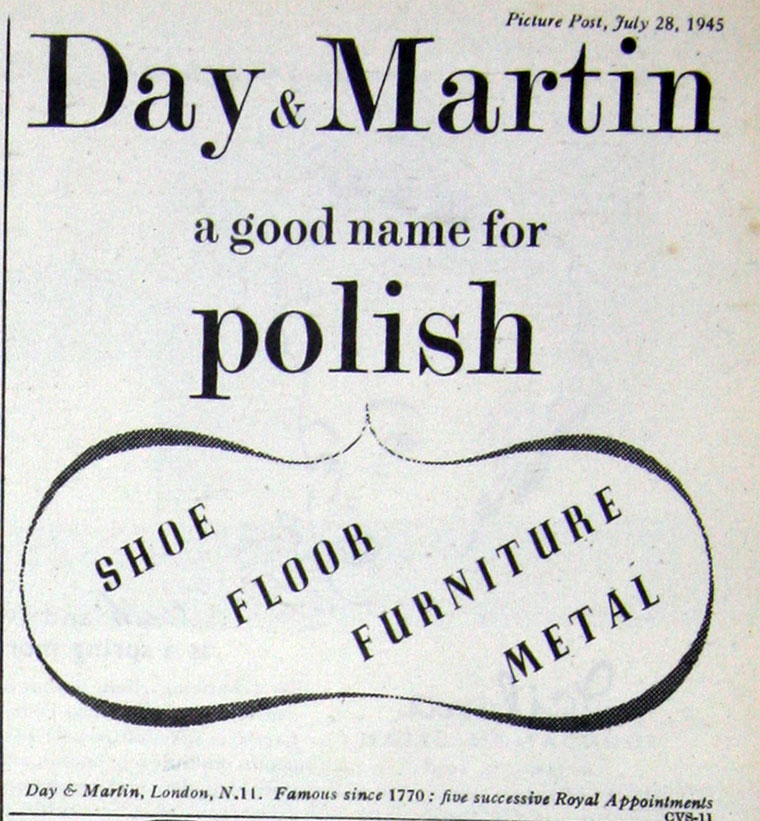 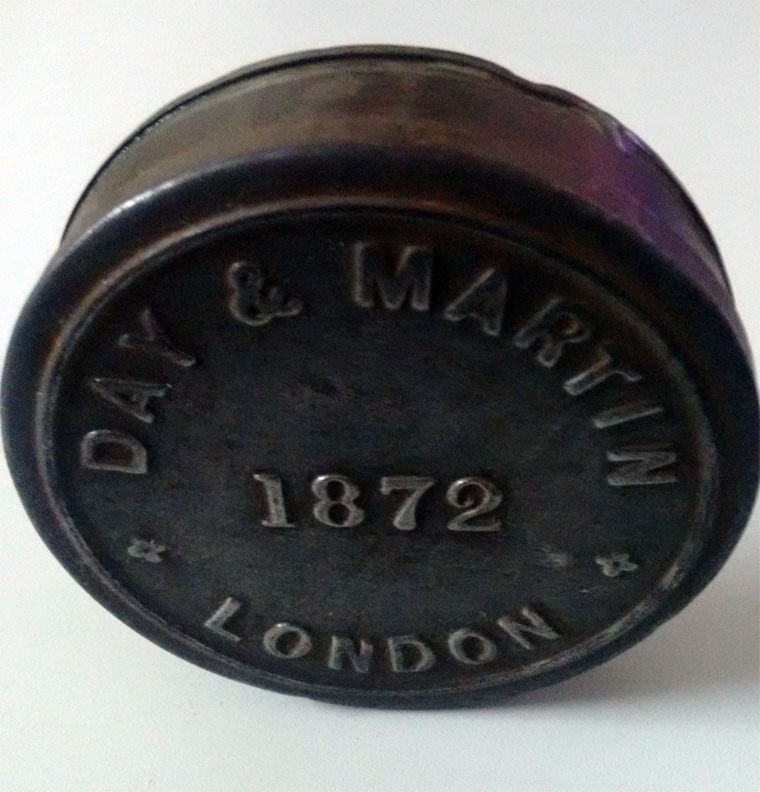 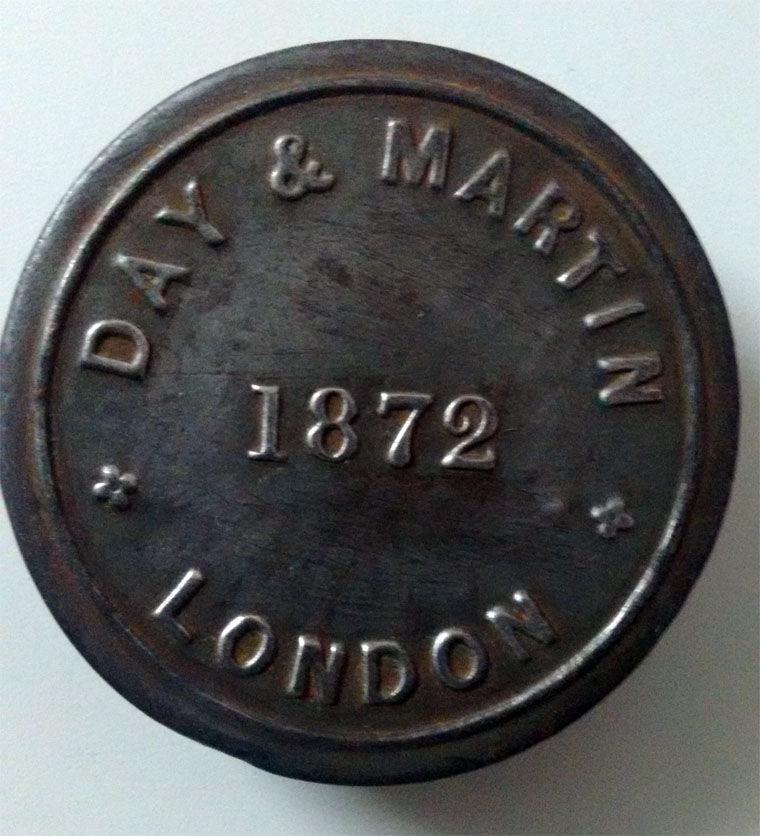 1782/3 Charles Day was born in London. Apprenticed as a barber.

Benjamin Martin, a native of Doncaster, had worked as a hairdresser for Day's father in Covent Garden.

c.1800 Day and Martin started working together. Martin's brother-in-law, an innkeeper in Doncaster, had obtained a recipe for boot blacking*.

1816 The business was unsuccessful in a legal case brought against a counterfeiter of its products - Day and Martin were found to have no patent rights in their real japan blacking.

1836 Charles Day died on 26 October 1836, at 97 High Holborn, London. A court examination of his will went on until 1854; Charles Dickens made reference to such a case (believed to be this one) in the preface to Bleak House - Dickens had worked for Warrens, a rival of Day and Martin, in his younger days[4].

1899 The company was registered on 9 February, as Day and Martin (1899) (the name being subsequently changed as above), to take over the business of blacking manufacturers of Day and Martin. [6]

1919 Acceptance of offer from Hargreaves Brothers and Co which would result in an exchange of shares[8].

1920 Was an associated company of Hargreaves Brothers and Co of Gipsyville, Hull, who had a substantial shareholding in the company[9].

1923 The directors decided to sell the business by auction

1925 Day and Martin was voluntarily wound up; there was cash in the bank and the nameplate, assets, etc. had been sold[13].

By 1950, Carr and Day and Martin had re-designed the packaging of their entire product range.

Up to the 1990’s, the Carr and Day and Martin equestrian product range consisted mainly of leather care products including saddle soap, polish and oil. Further horse care products were then launched.