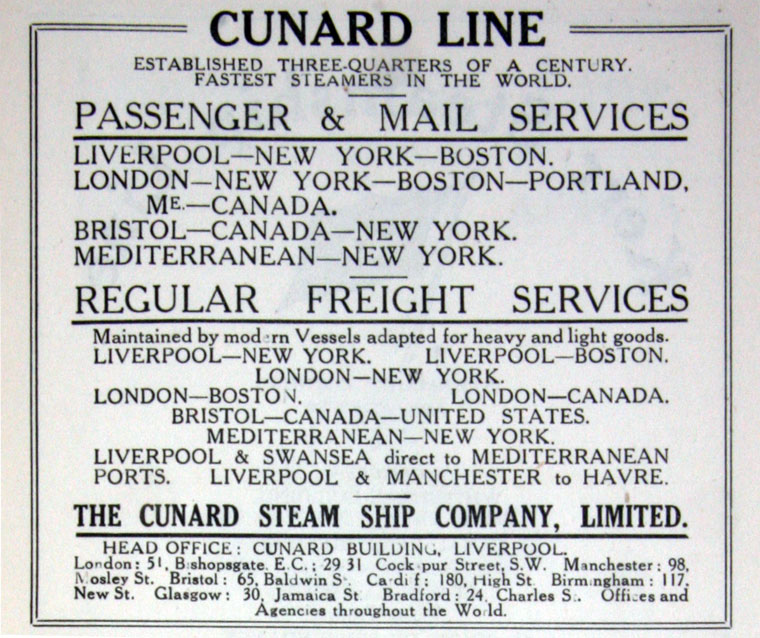 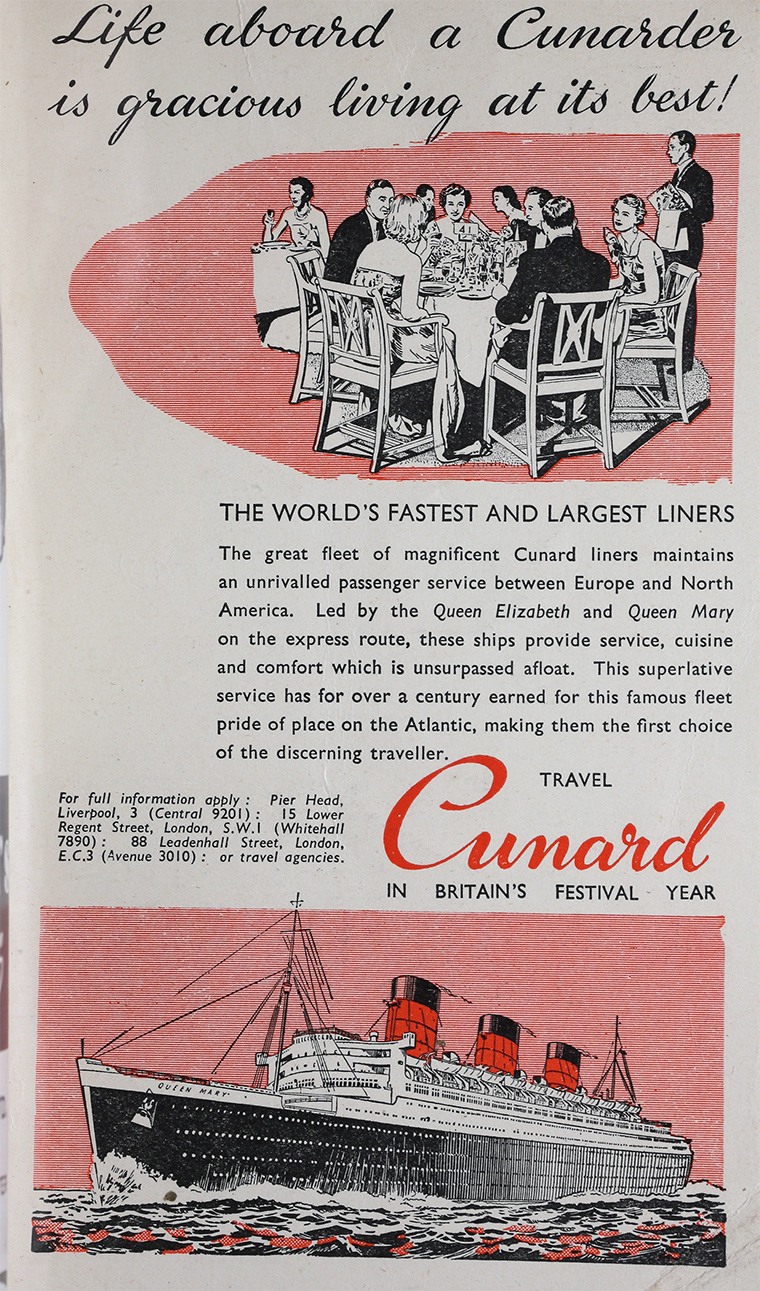 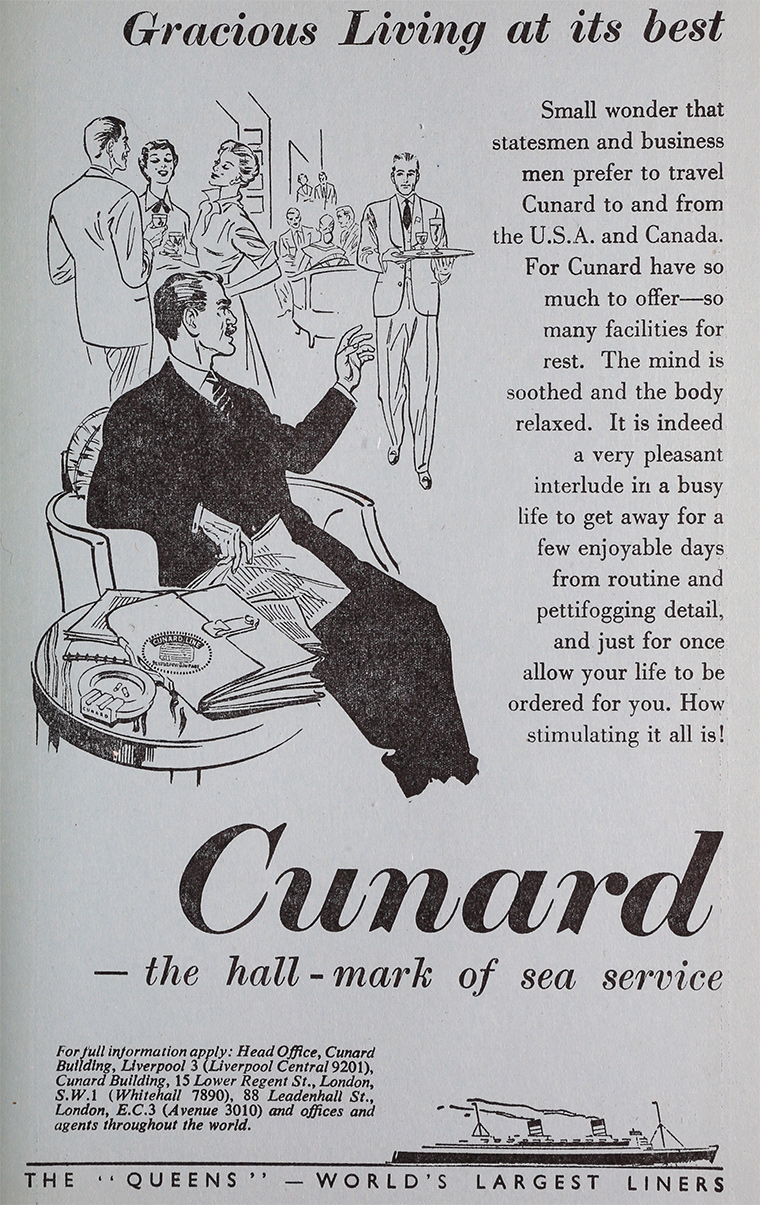 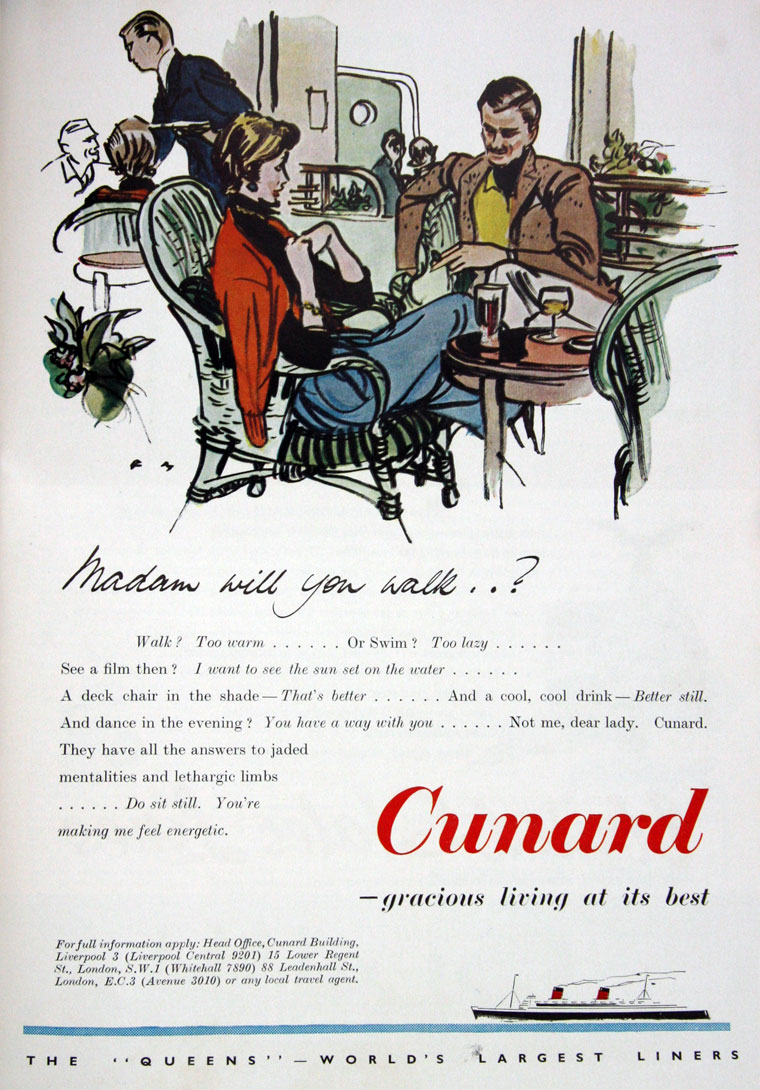 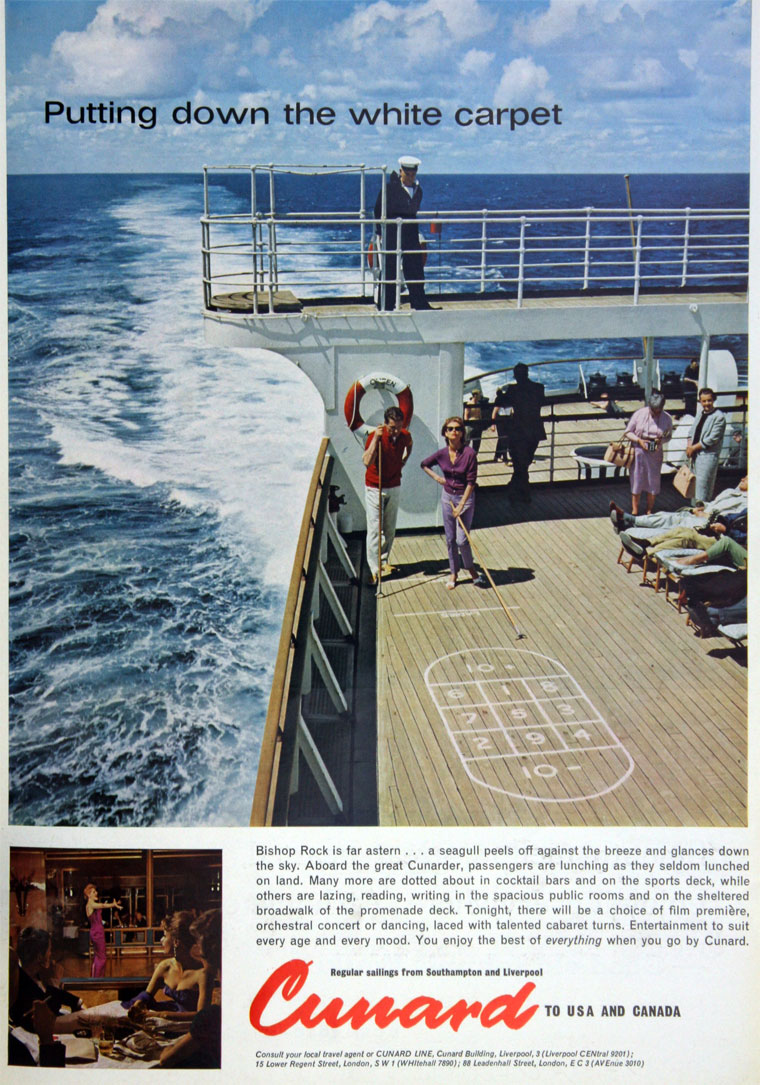 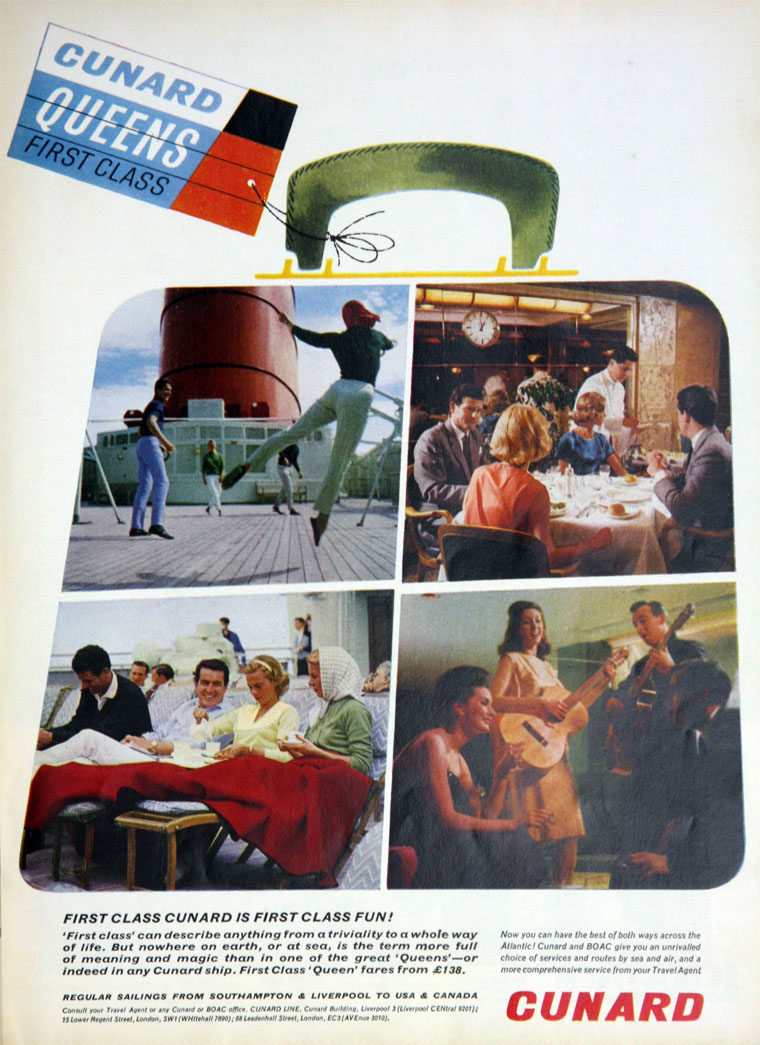 BNARMSPC successfully bid for the rights to a transatlantic mail shipping contract between England and America - winning this entitled it to use the RMS (Royal Mail Ship) prefix on its vessels. The company later changed its name to Cunard Steamships Ltd.

In May 1840 the 648 gross ton coastal paddle steamer SS Unicorn, the company's first steamship, made the company's first transatlantic trip. Under the direction of Captain Douglas, she carried 24 passengers, including Edward Cunard (Samuel's son), on a trip lasting 14 days, at an average speed of 8 knots, thereby meeting the contract requirement of a crossing in a fortnight. Regular passenger and cargo service by steamship was inaugurated by the paddle steamer Britannia, the first ship commissioned by the company. On 4 July 1840 she sailed from Liverpool to Halifax, arriving in 12 days, then to Boston in 2 days 8 hours more.

SS Caledonia was another of their early ships.

1845 David MacIver, who superintended the Liverpool branch of the company, died and the reins were passed to his brother, Charles MacIver.[1]

Cunard faced many competitors from Britain, France, the United States and Germany, but survived them all. This was mainly due to a great focus on safety. Cunard ships were usually not the largest or the fastest but they earned a reputation for being the most reliable and the safest.

Between 1914 and 1918 Cunard Line built its European headquarters in Liverpool. The grand neo-Classical Cunard Building was to be the third of Liverpool's 'Three Graces'. The headquarters were used by Cunard until the 1960s.

The prosperous company eventually absorbed Canadian Northern Steamships Ltd and, in 1934, their principal competitor, the White Star Line, owners of the ill-fated RMS Titanic and the RMS Britannic. The company was then known as Cunard White Star Line.

The line began to decline in the 1950s as speedy air travel began to replace ships as the main transporters of passengers and mail across the Atlantic. Cunard tried to address this by forming BOAC-Cunard Ltd in 1962 with the British Overseas Airways Corporation to operate scheduled air services to North America, the Caribbean and South America. It was dissolved in 1966.

The line changed from providing regular transatlantic services to cruising only, and to entry into the Atlantic Container Lines consortium for cargo services in 1966.

Cunard Line and Princess Cruises had headquarters in Santa Clarita.

For more than a century and a half, Cunard had dominated the Atlantic passenger trade and was one of the world's most important companies, with the majority of their liners being built at John Brown's Shipyard, Clydebank, Scotland. Its ships played important roles in the development of the world economy, and also participated in all of Britain's major wars from Crimea to the Falklands War, when Cunard's container ship Atlantic Conveyor was sunk by an Exocet missile.

1971 Cunard Line was acquired by British industrial conglomerate Trafalgar House Investments. Two cruise liners were sold leaving 3 ships for the Atlantic trade; management said that either the fleet would have to be expanded or some other means found of dealing with the high overheads[2]

Much of the cargo shipping (Cunard-Brocklebank) was merged with Ellerman's remaining shipping interests and sold to Andrew Weir Shipping in 1991.

1976 Acquired the 12 remaining British ships in the fleet of Maritime Fruit Carriers, 2 of which were sold immediately[4]

1996 Trafalgar House Investments Ltd. was taken over by Kvaerner PLC and the International passenger shipping business operated under the name Cunard.

1998 The Cunard business was sold to Carnival Corporation.