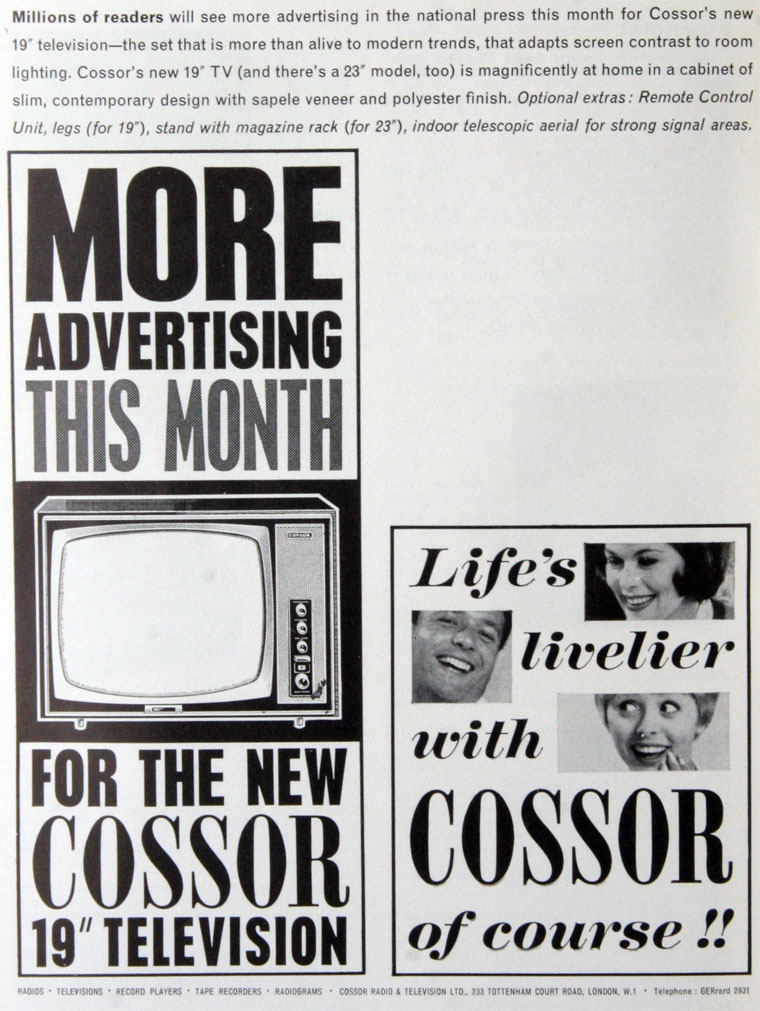 1958 A. C. Cossor sold its radio and television business to Philips.