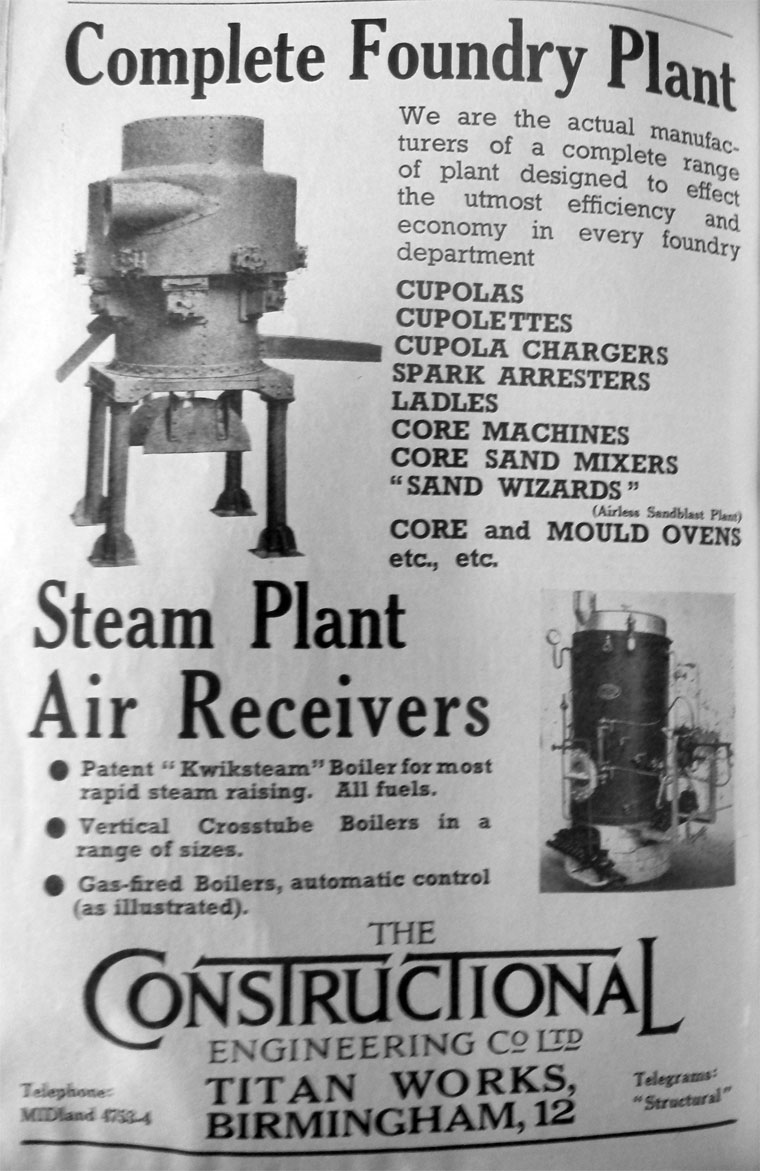 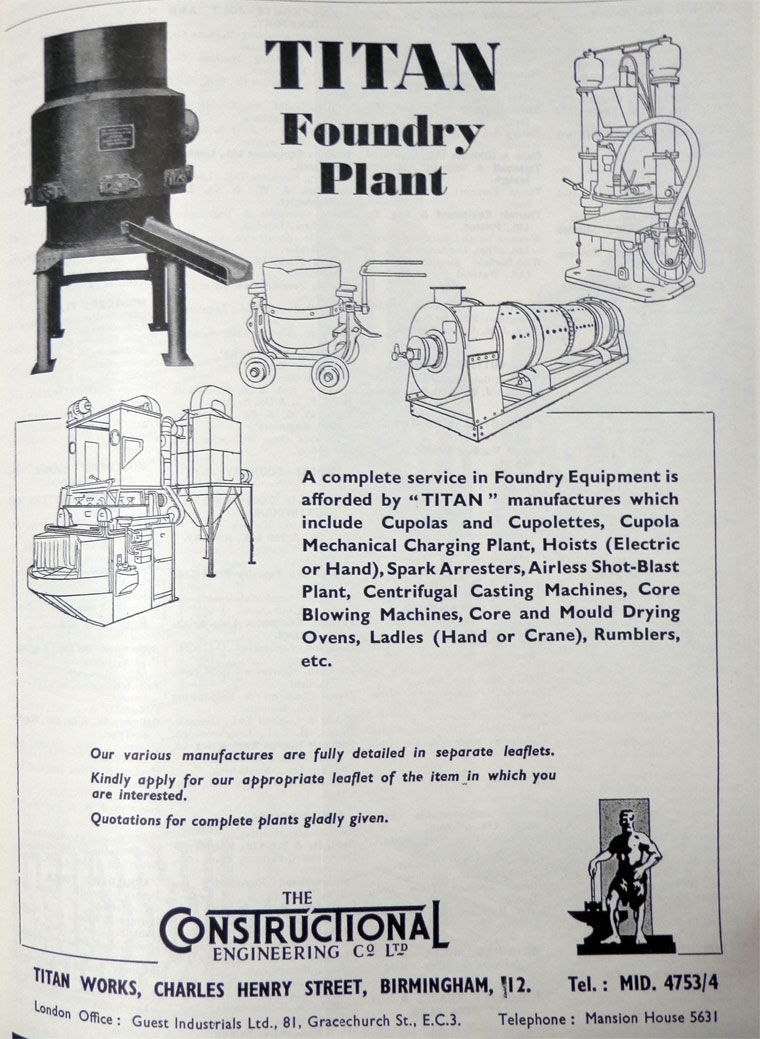 1926 November. Introduced a new material "Titanite", a new patternmaking material in the form of a kind of stone powder which when mixed in the right proportions with the proper liquid, could be poured into a mould, and after allowing from four to six hours for setting, will give a pattern plate which in appearance strongly resembled marble, but with a surface that could be readily finished by means of a file or sandpaper.[1]