Difference between revisions of "Collaro" 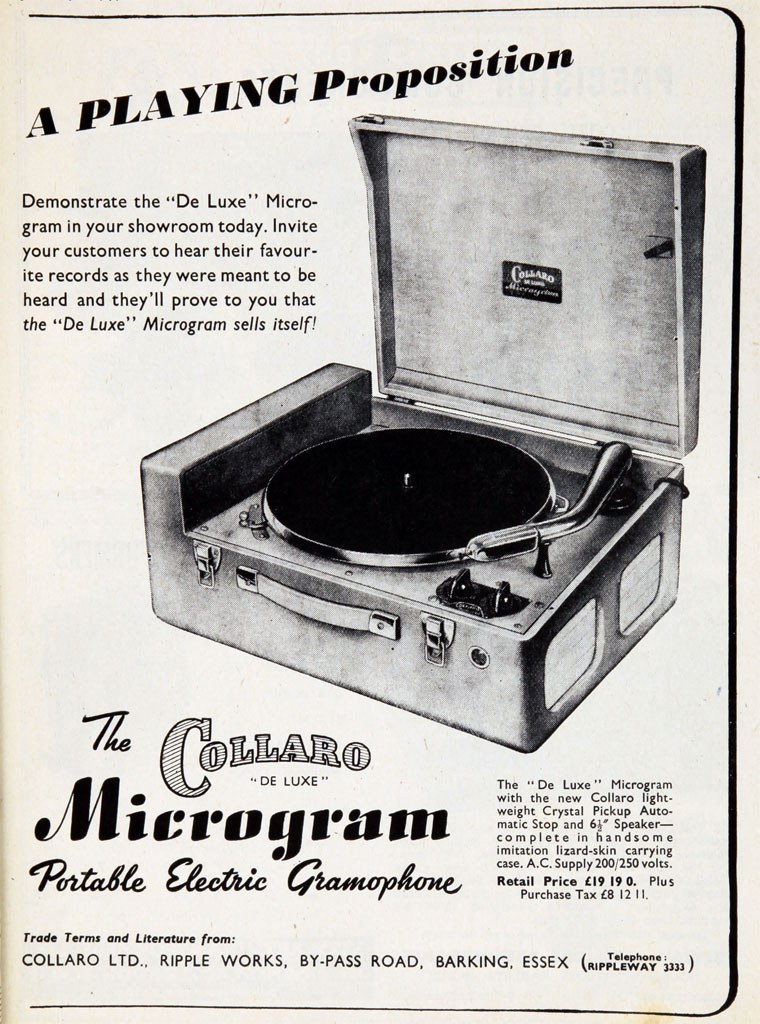 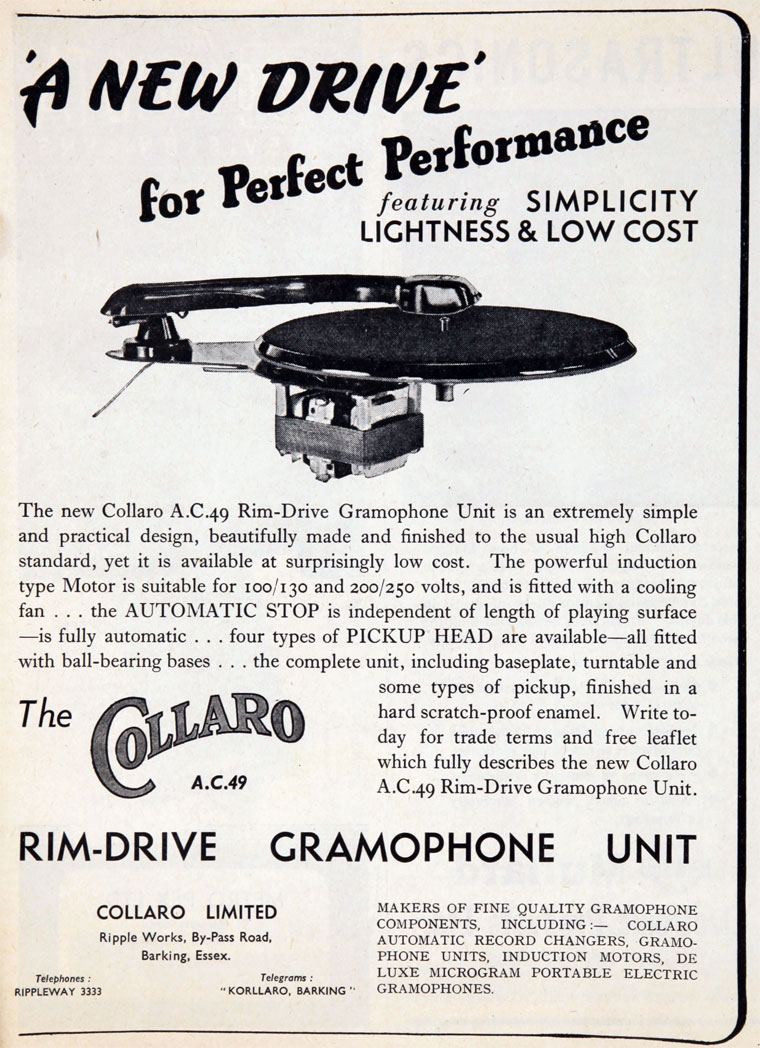 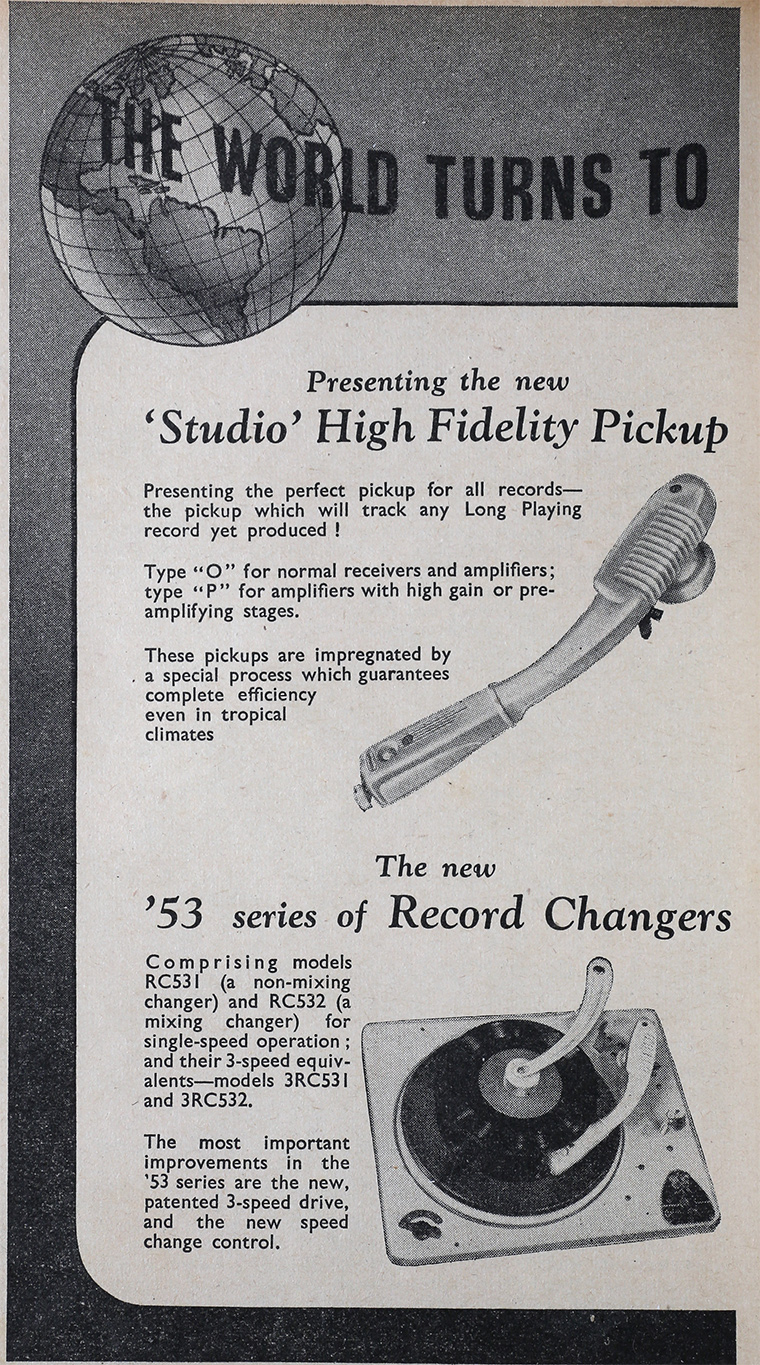 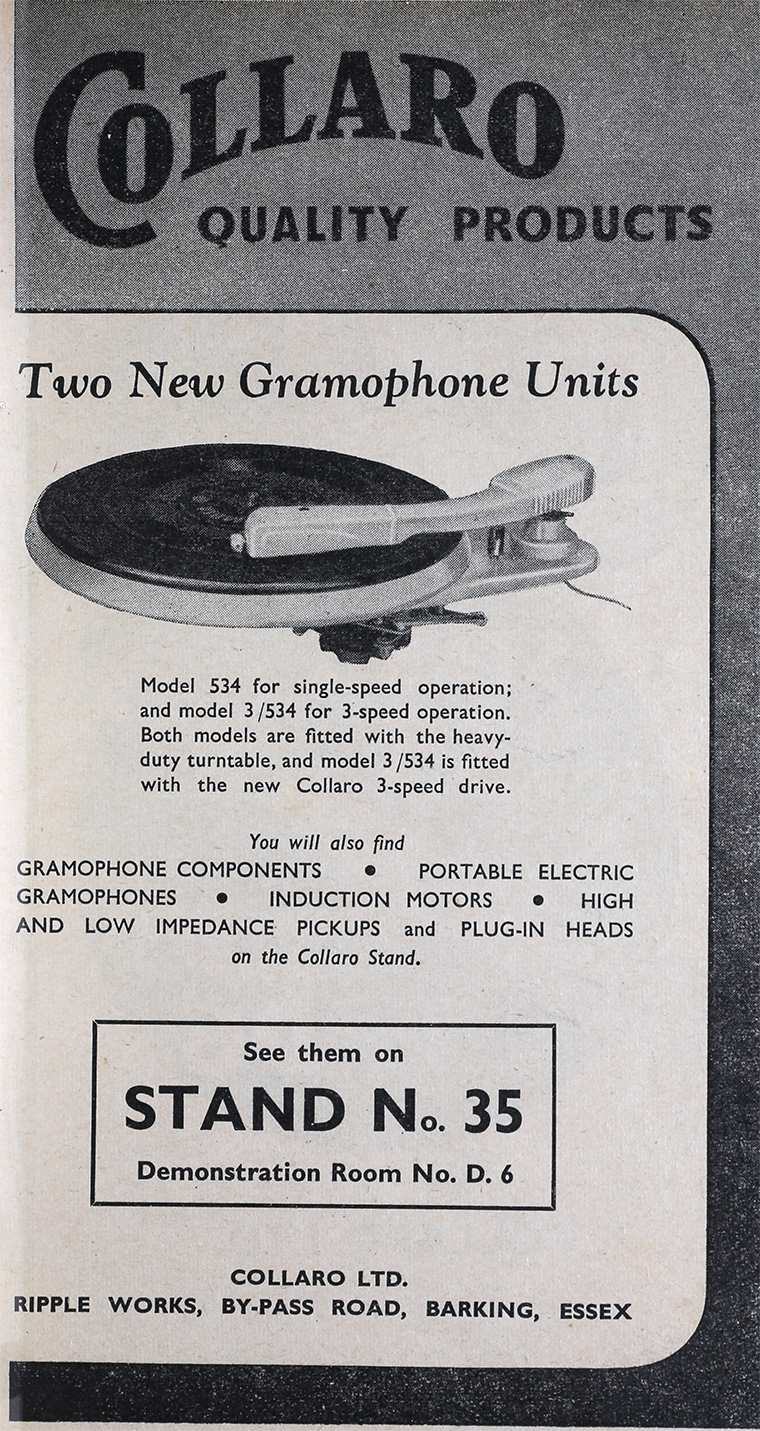 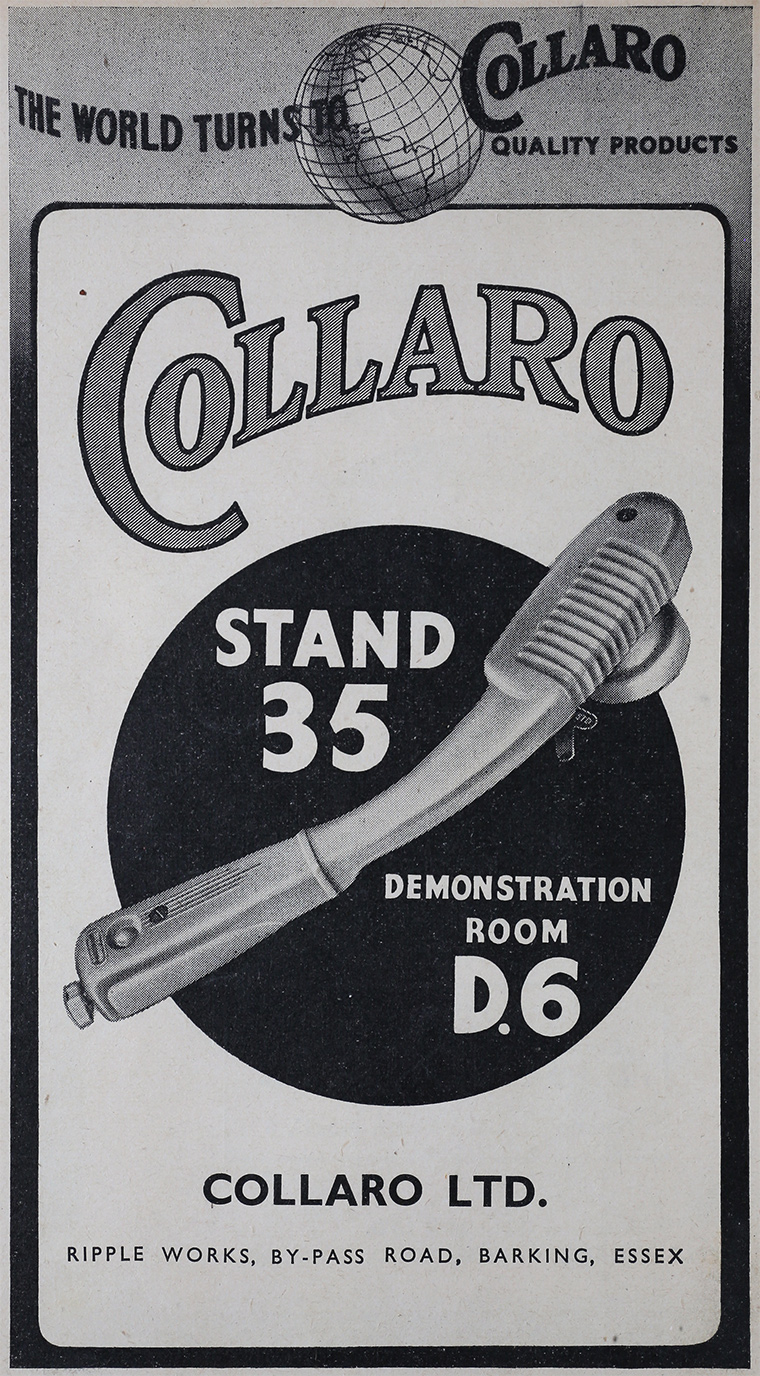 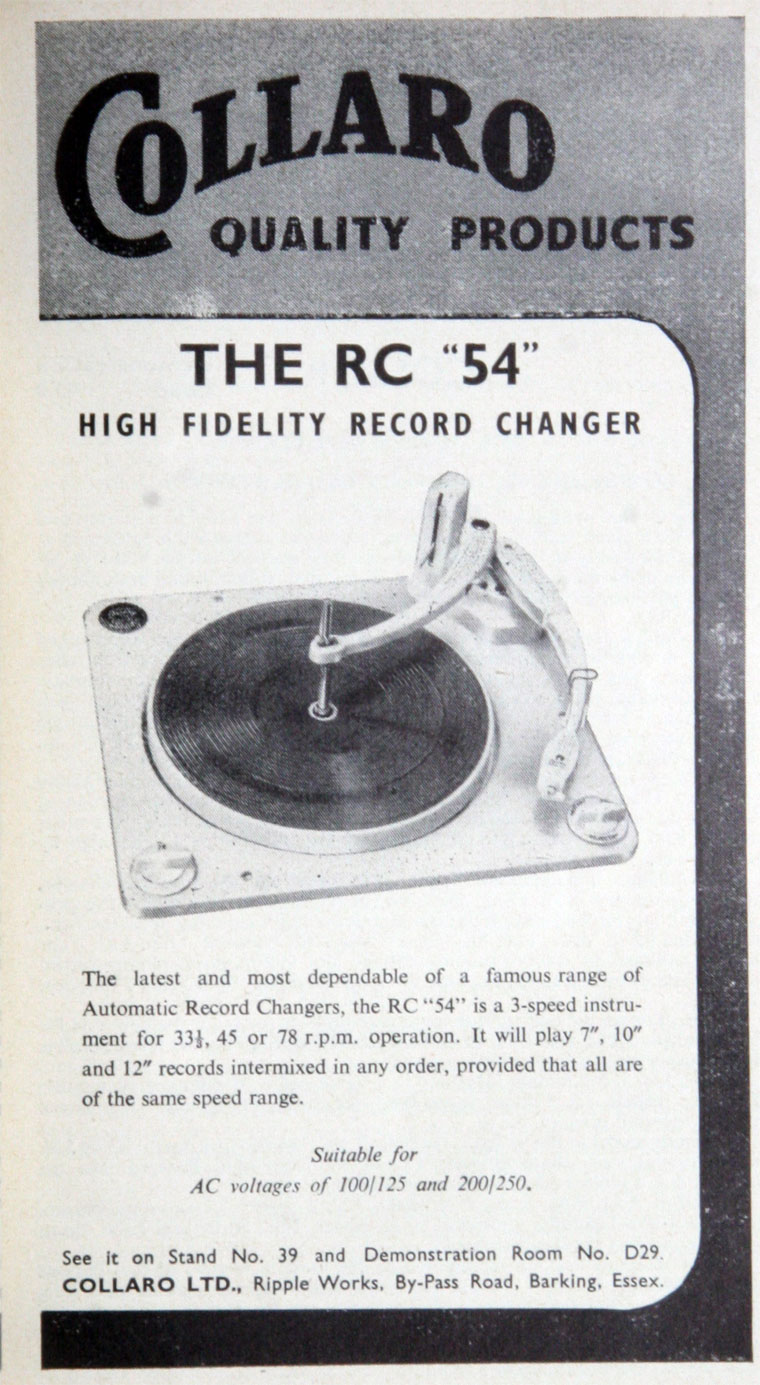 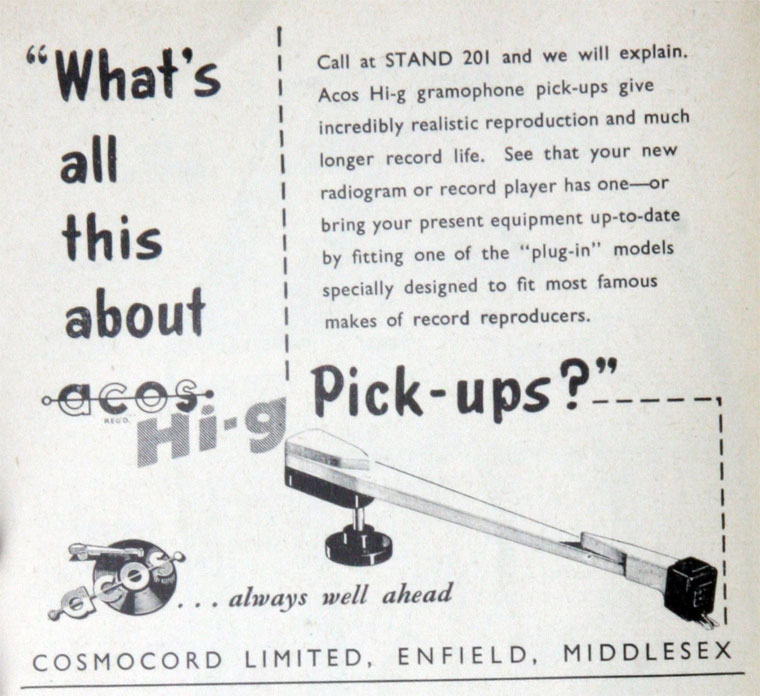 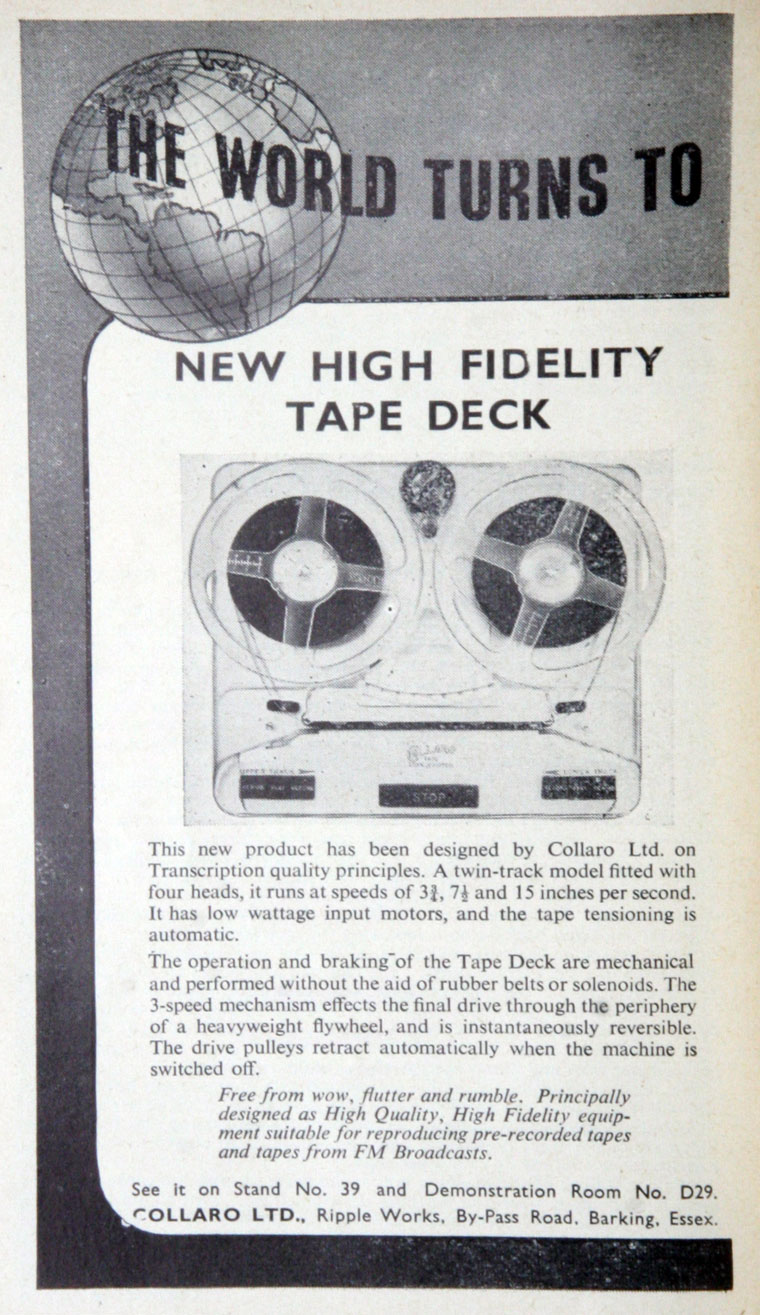 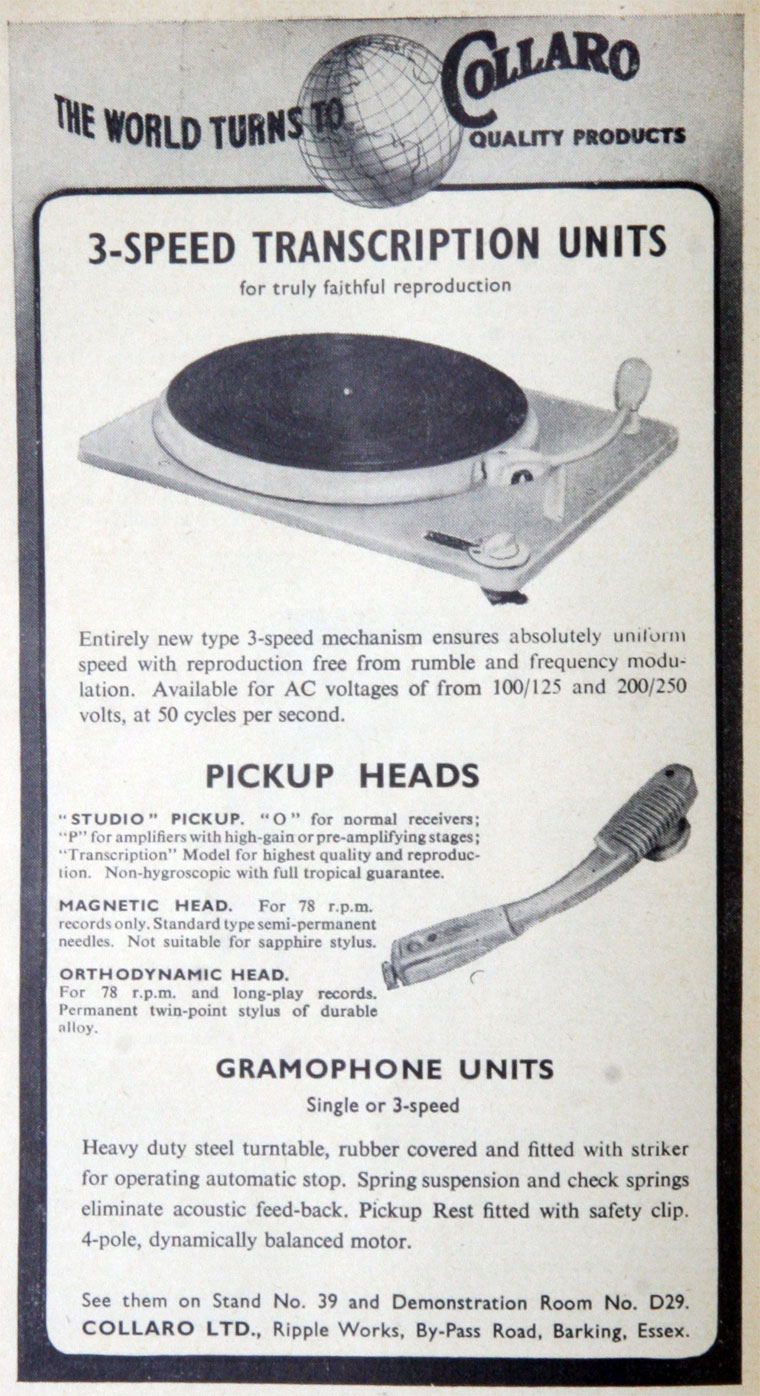 1929 Listed Exhibitor. Manufacturers of Gramophone Motors and Accessories. 'Any one element can be removed or replaced without interfering with the rest of mechanism. Special unit plate embodying automatic stop'. Torque and Fatigue Spring Testing Machine. (Stand No. MM.10) [1]

WWII The company was engaged in munitions work and temporarily relocated to the Valley Works, Langley Mill, Derbyshire when its London factory was bombed.