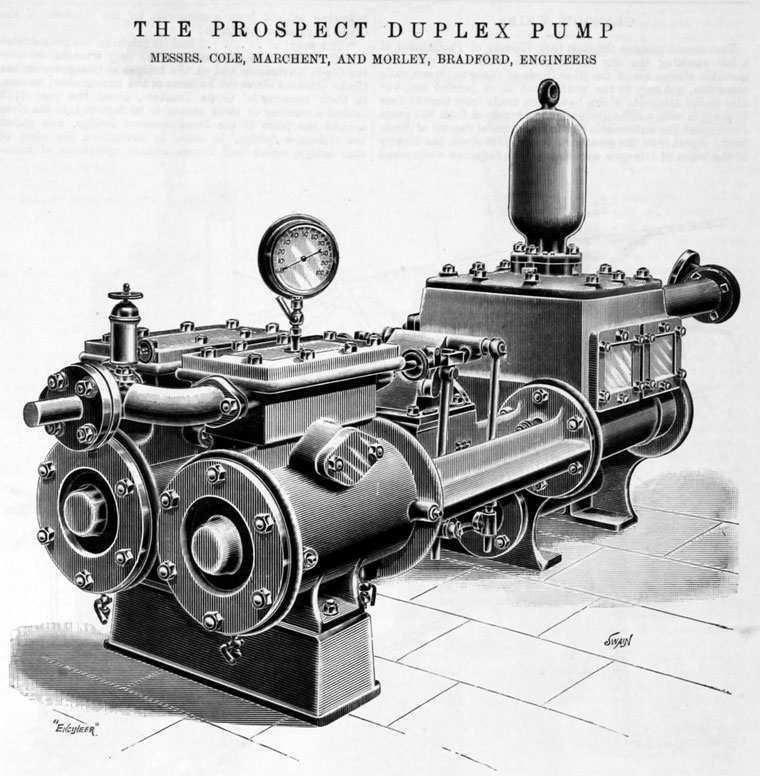 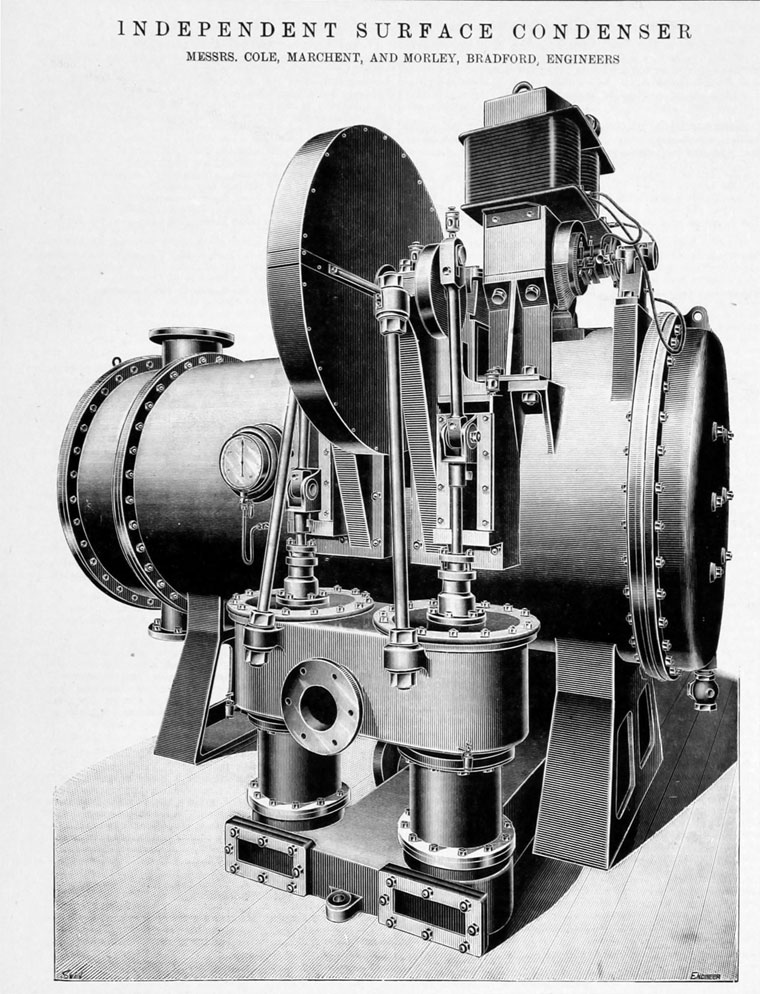 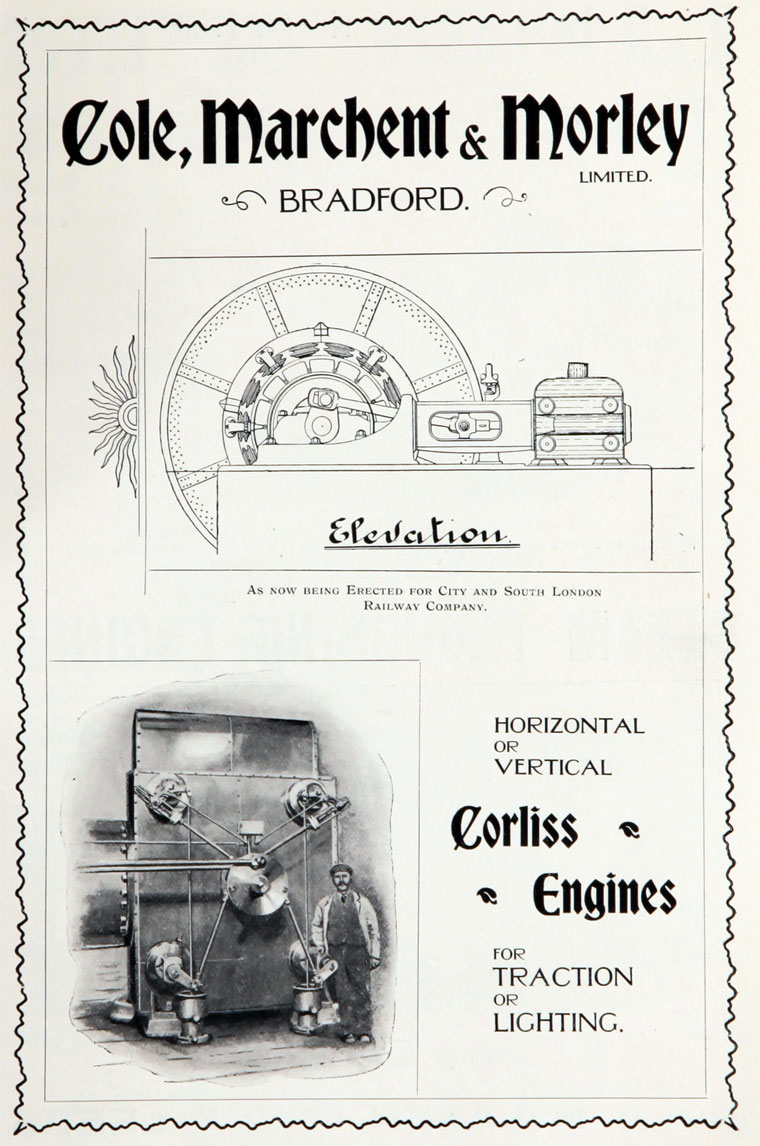 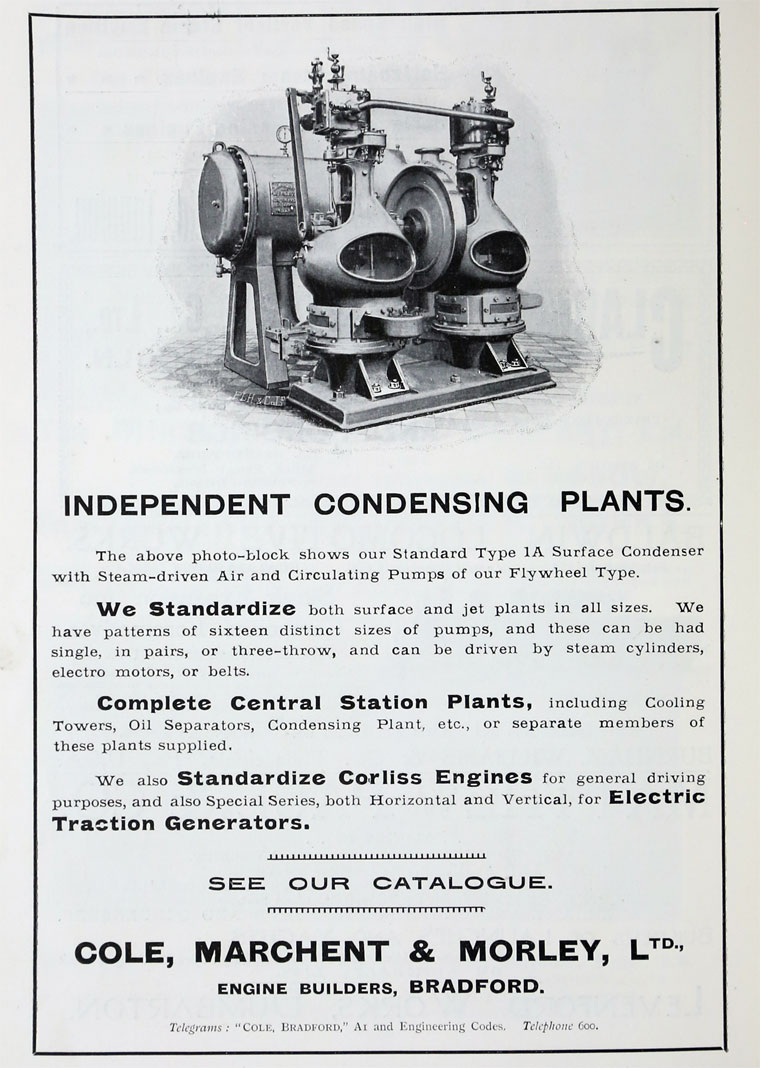 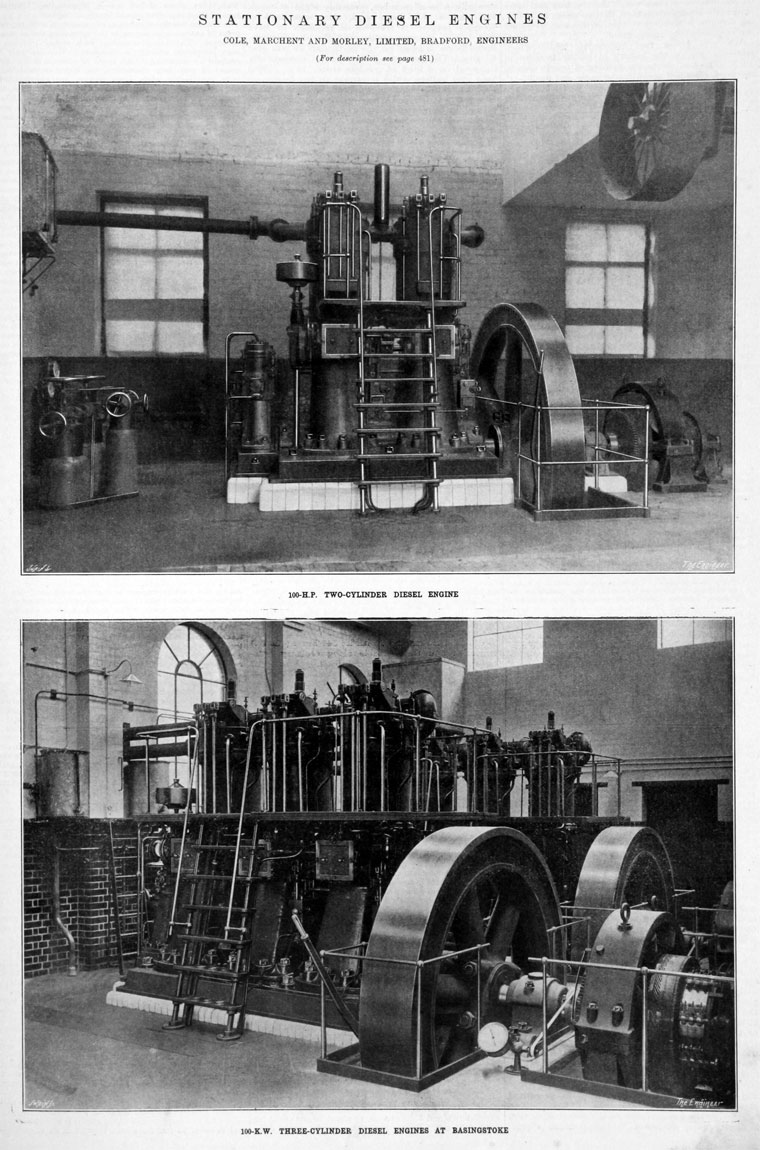 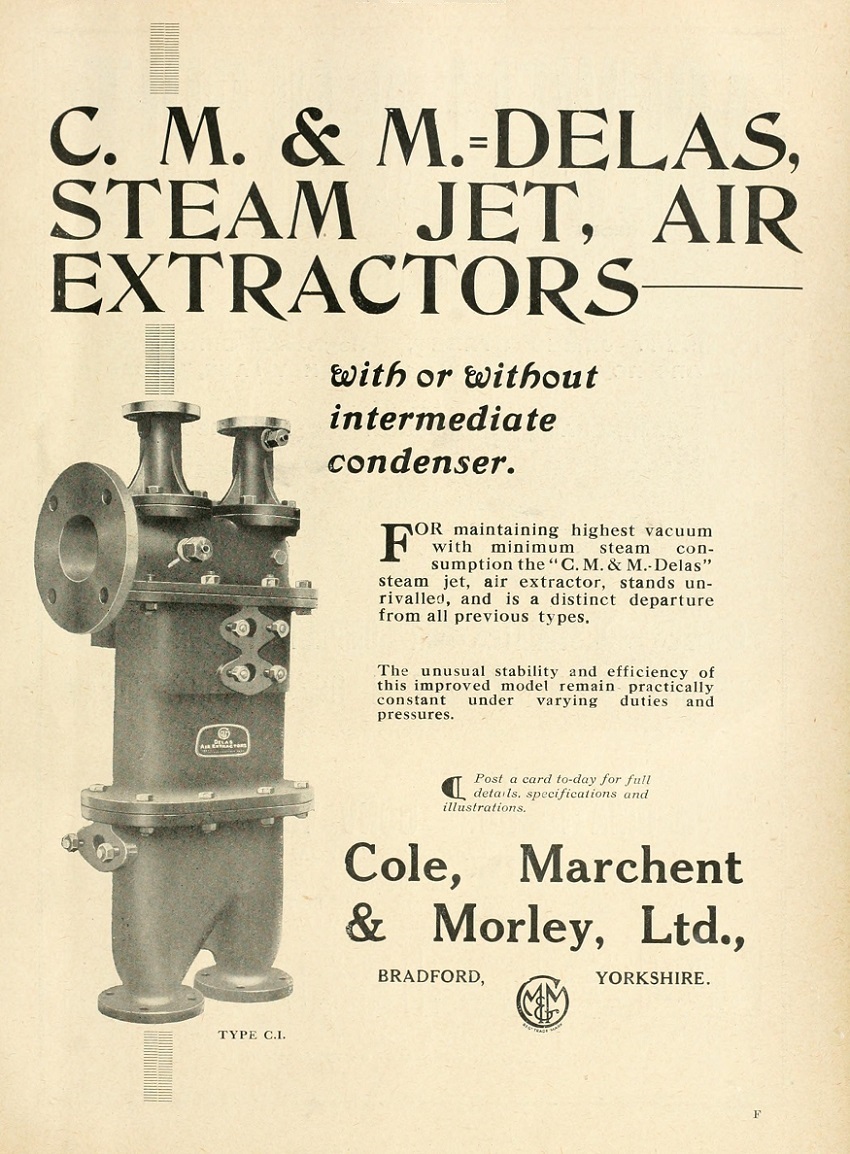 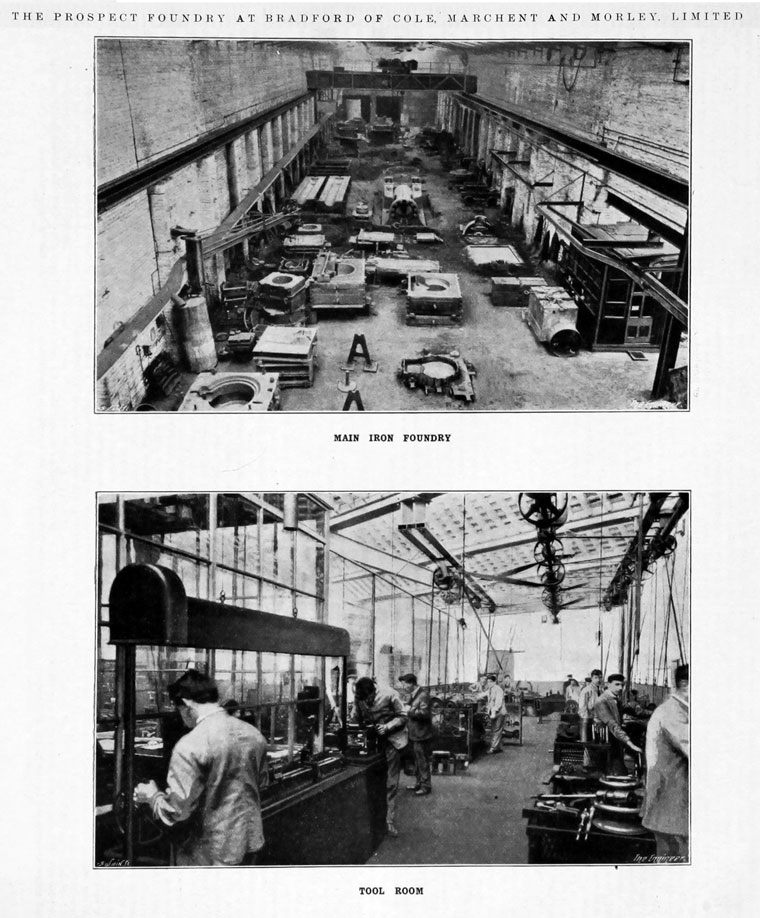 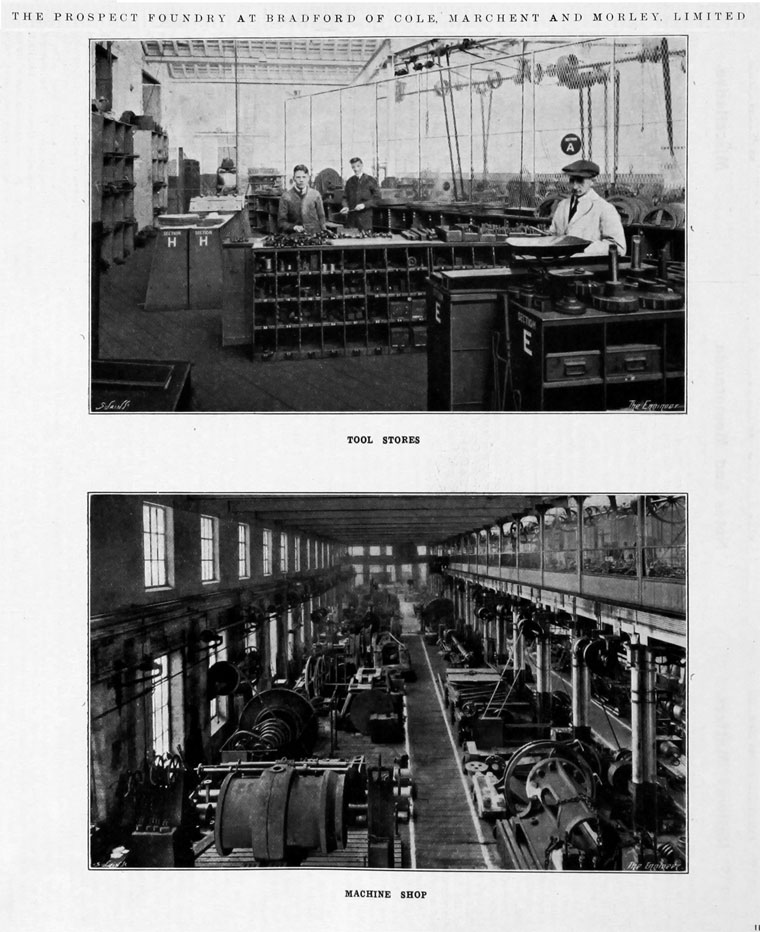 Photograph of foundry on display at Bradford Industrial Museum

Part copy of photograph on display at Bradford Industrial Museum

1890 The business and premises were purchased by Morley

1899 Incorporated as a limited liability company.

1900 Compound horizontal engine for the City and South London Railway. Article and illustrations. [3]

C.1901 Three engines made for Auckland Electric Tramways Co Ltd, of the horizontal cross-compound Corliss type, each capable of 475 ihp normal and 700 ihp. maximum output, running at 100 r.p.m., with steam pressure at the stop valve of 150 lbs. per square inch [4]

1917 Supplied engine to Stewarts and Lloyds Tube Works at Newport

1922 Article in 'The Engineer' described and illustrated the works and some of its products. The large machine tools included: three Asquith radial arm drills with arm radii of 6, 7 and 8 ft; four Pearn-Richards horizontal boring machines; a pit lathe for turning flywheels up to 30 ft diameter; a flywheel faceplate lathe accommodating wheels up to 18 ft diameter; a Buckton planer with capacity 10 x 10 x 20 ft; a Lang lathe for turning piston rods up to 26 ft long [8]

A former engineer of the company, Arnold Throp, wrote an excellent account of the company and its engines, with a rare insight into the methods of manufacturing large steam engines [9]