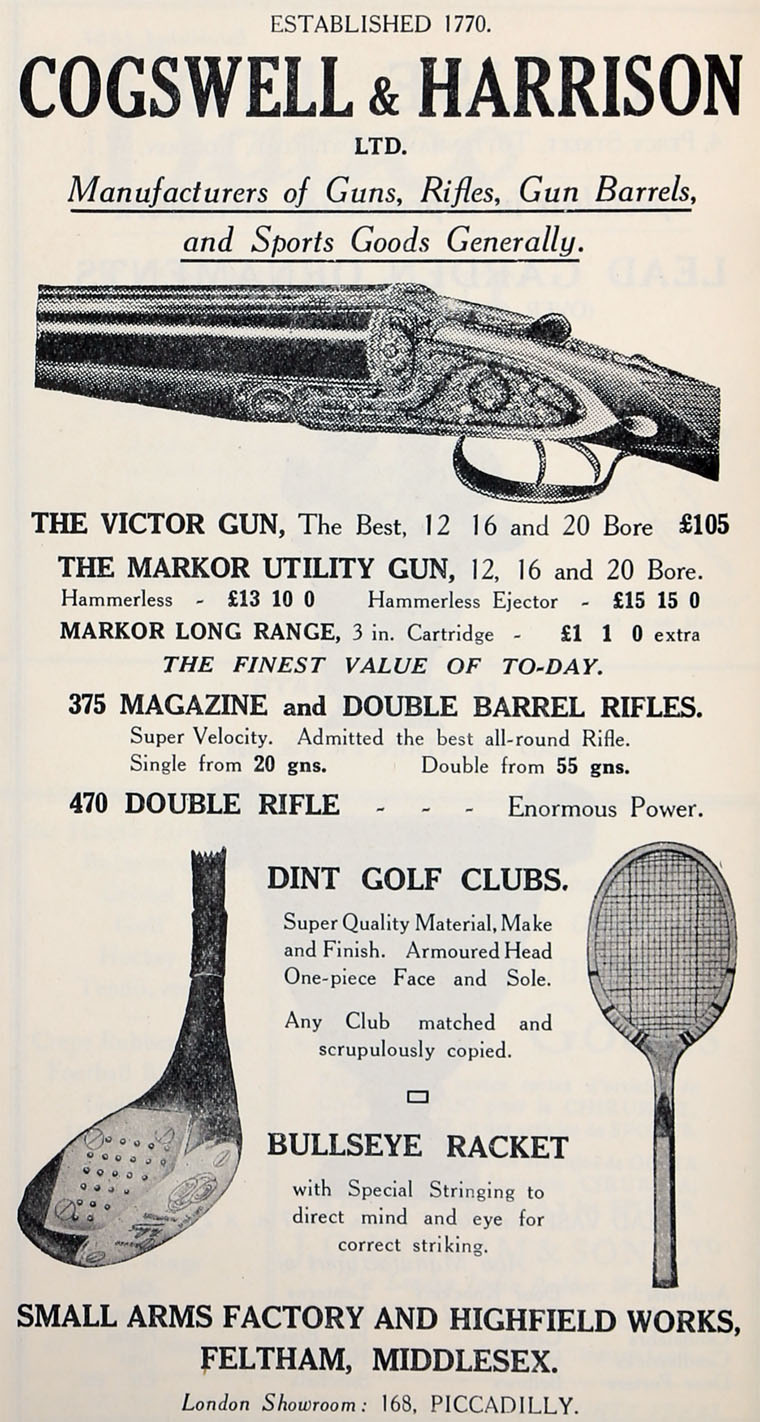 1770 Firm established by Benjamin Cogswell in the New Kent Road.

In the nineteenth century, under the direction of Edgar Harrison, the most influential figure in its history, Cogswell and Harrison became known for its ingenious innovations in gunmaking technology.

No. 46. Frame of lady's bicycle, designed by C. W. Brown, patented 23rd July, 1894, made by Cogswell and Harrison Ltd., the well-known gun manufacturers, who at that time had taken up bicycle building.

Humber and the Centaur Cycle Co also took out licenses to make this special frame under royalty. It will be noted that the triangulation of the frame tubes gives great lateral and vertical strength, while leaving ample accommodation for the voluminous skirts which ladies wore in 1894 mounting and dismounting were also facilitated. But the mechanically minded critic will also note that the bottom bracket is supported only at its centre, and is not as well stayed, to withstand the pull of the chain, as it would have been with chain-stays in a line with its bearings. Weight of frame, 74 lbs. Purchased at Hadlow.