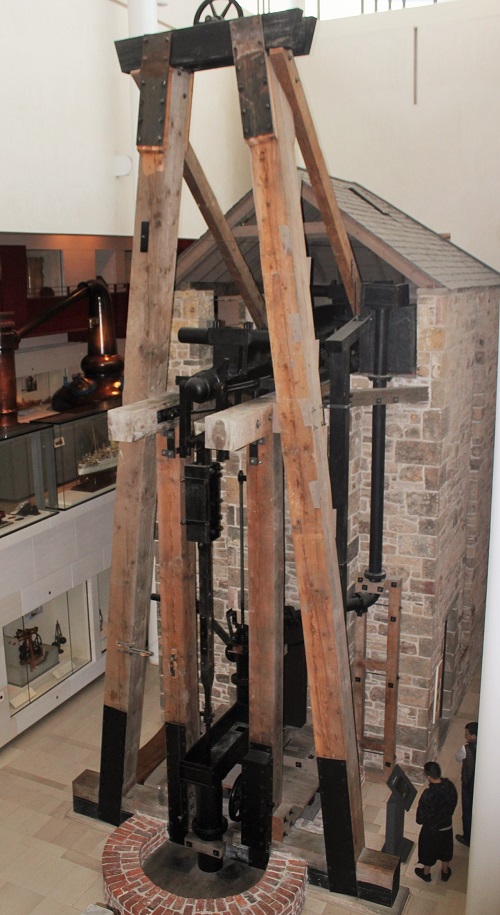 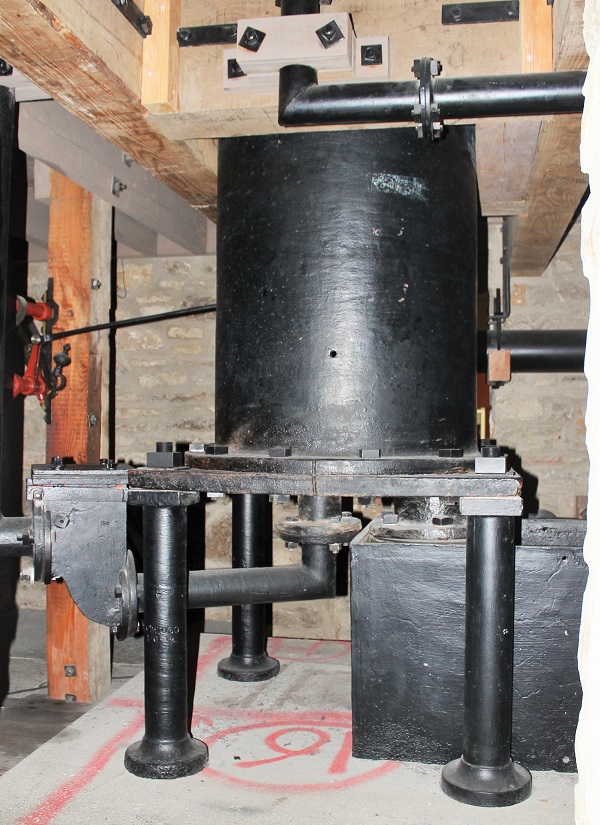 This is a Newcomen-type atmospheric pumping engine, installed at Earlston to serve Caprington Colliery near Kilmarnock, and now displayed in the National Museum of Scotland in Edinburgh.

It was secondhand when it was installed at the colliery in 1806, and its previous history is not known. It worked at Caprington for 95 years. It was then re-erected for display at the Dick Institute, Kilmarnock, in 1903, and transferred to Edinburgh in 1958.

The wooden beam was replaced by the present cast iron item in 1837.

The above information is condensed from 'The Beam Engine' by T E Crowley[1]. In some respects it is not consistent with information provided on the National Museum of Scotland website[2], which states that parts for a Newcomen engine had been supplied by the Carron Company, Falkirk, to Sir William Cunninghame's Caprington colliery in 1781, but the pumping shaft collapsed in 1828 and that mine was subsequently abandoned. In 1811 another Newcomen was ordered from Carron. One of its component parts, a knee pipe, was recycled from the original 1781 engine.

Although the efficiency of the Newcomen engine would have been much poorer than with an engine of more advanced design, it is likely that the fuel would have been unsaleable slack.

In photos 1 & 3, note the bar fixed transversely over the top of the cast iron beam, near the end of the beam. In the event of the piston or the pump rod exceeding the intended vertical movement, this would strike curved wooden 'spring beams' (one is just visible in photo 3), so as to cushion the blow and reduce the risk of damage from shock loading. The arrangement for attaching the stop bar seems somewhat ad hoc, and it may be that the beam was intended for a rotative engine (for which such stops are not required), and that redundant bosses on the cast iron beam were utilised for the stop bars (also known as 'horns'). However, it is unusual (although not unique) to provide bosses so close to the end of a beam.

The engine was described in 'The Engineer', 15 July 1898[3]. Cylinder 30" bore. 5 ft 3" stroke. The top of the cylinder is open, and air ingress is prevented by a stream of water playing on top of the piston. Steam pressure ½ psi. Lift of main pump 170 ft. In 1897 an indicator diagram was taken by Robert Kennedy when the engine was working at 10 strokes per minute, and the power was found to be 9.65 indicated horse power. The mean differential pressure across the piston was 7.16 psi.